Pilot-for-hire Zoe Stone is happy to call Sunshine, Idaho, her home base. But her quiet life is thrown for a loop when her brother’s friend Parker comes to stay with her for a week. The U.S. Fish and Wildlife special agent is a handsome flirt with a gift for getting under her skin. And the situation only escalates when Parker hires her to fly him around the area while he collects evidence on a suspected smuggler.

Now she has to live and work with the guy. But when they’re in the air, she sees another side of him. He’s driven, focused, and sharp. And while he enjoys giving commentary on her blind dates, she quickly realizes with a shock that it’s Parker who gets her engines going…

EXCLUSIVE EXCERPT: All I Want

New York Times and USA Today bestselling author Jill Shalvis is best known for her heart-warming, fun and sexy contemporary romances with awesome alpha males, and in the Animal Magnetism series we get all that…plus puppies!! Today, I have an excerpt for you from the next standalone book in the series—All I Want…

Still holding one of the kittens, he leaned over and kissed Oreo right on the tip of his nose.

Oh, for God’s sake, Zoe thought. How the hell was she supposed to keep her heart safe when he was nice to her silly dog and he saved kittens and he fixed the things in her house that were broken while pretending not to in order to save her own damn pride?

He sat there, rumpled from sleep, like maybe he, too, had just rolled out of bed, seeming very comfortable in her kitchen.

And then there was the fact that all he had on was a pair of sweats, dangerously low slung and showing off his abs and those sexy cut muscles on his lean hips, the ones that made women stupid with lust. . . .

And never mind his eyes and how they seemed to heat when he looked at her. She’d never experienced anything like it, really. She’d enjoyed the men she’d been with and knew they’d enjoyed her back, but not a single one of them had even looked at her like Parker did. “You knew what I meant regarding the no-animals thing,” she said. “You keep breaking the rules on purpose.”

He smiled a little to himself at that and gently set the kittens on the floor, where they immediately cuddled up to Oreo.

Then he stood up and stepped into Zoe. “Not true. You only had two rules, the other one being no overnight guests. Haven’t broken that one.”

She took a step back and found herself up against the counter.

He set hands on the tile on either side of her hips and dipped a little to look into her eyes.

“For good reason,” she managed, trying not to stare at his mouth and failing miserably.

His lips were somehow both firm and soft, and he always tasted good. So yeah . . .

At her scrutiny, those sexy lips curved. “I bet you have all sorts of rules in bed, too,” he said.

She had no idea how in the world he managed it, but with him she always felt a whole lot aroused and just a little bit pissy at the same time. It was a special talent of his.

“Yeah,” he said, sounding amused and not at all surprised. “You do. You have rules in bed.”

“I don’t.” She hesitated. “Well, maybe a few,” she admitted. Hey, it was just common sense to have rules.

He laughed softly, the sound sliding through her belly and heading directly south.

“Maybe that’s why your dates aren’t working out,” he said.

“My dates are working out just fine, thank you.”

She squirmed. Joe had made it clear that sex was absolutely on the table and up for discussion. She’d made it just as clear that it wasn’t going to happen.

But she did want to be with someone. She wanted that quite badly. Just not with Joe.

Parker grinned. “I rest my case.”

Parker’s face really did her in. “I could call him back right now even,” she said.

He slid his gaze over the blanket she had wrapped around herself—The Little Mermaid—and smirked.

“What have you got instead?”

“Plenty,” she reported. “I have a little black dress, for one.”

“Yeah,” he said. “That and some fuck-me pumps would do it. You’ve got great legs.”

She did her best not to flush with pleasure because she did not care one bit that he liked her legs. Correction: She didn’t want to care. “It’s not all about physical attraction,” she said.

“No kidding,” he said with a self-deprecating laugh as he looked her over again.

She narrowed her eyes. “And what’s that supposed to mean?”

“Babe, you’re covered in that blanket from head to toe, and I bet beneath it your pj’s are flannel and baggy. That should be a turnoff but I’m not even close to being turned off.”

She stopped breathing. “You’re not?”

“Nope.” He lowered his head so that his breath warmed her neck. He stayed still for a beat, ratcheting up the anticipation within her so tight that when he finally spoke, just the brush of his lips moving against her throat made her damp.

“Back to your bedroom rules,” he murmured.

She huffed out a laugh that sounded nervous even to her own ears. Probably because she suddenly was.

To try to ground herself she leaned into his solid chest.

“Tell me one,” he said, those lips of his still ghosting over her throat with each syllable.

“Slowly and in great detail.”

She stopped a helpless moan from escaping. “No.”

He rubbed his jaw to hers like he was a cat, a big, sleek cat. “Want me to guess?” he asked.

She meant to give him a shove, but her hands were still entangled in her blanket. “You don’t know me well enough to guess.”

“You don’t want anything too intense,” he said, ignoring that. “Get in, get out, and if you get an orgasm out of it, you consider yourself lucky.”

She’d be totally insulted if his words weren’t deadly accurate. “I’m not that uptight,” she said.

He gave a soft, sexy laugh.

“You were wrong when you said I had the smart mouth,” she said. “You’re the one with a smart mouth.”

“Maybe kissing it would help contain the sarcasm,” he suggested, and this time his mouth was at her ear, drawing a shudder out of her. Somehow her hands had separated from her brain and dropped the blanket.

He looked down at her tiny boxer shorts and thin white cami.

“I stand corrected,” he said roughly.

Smug, and also unbearably aroused, her hands slid down his chest.

And then back up.

Unable to handle the onslaught of all the emotions— hunger, desire, need, and a yearning that weakened her knees—she couldn’t hold back her moan this time.

“Shh,” he said, and kissed her just beneath her ear.

“You’re also fierce,” he went on. “Loyal. Tough . . .” She heard another moan. Still her. Parker sucked her earlobe into his mouth and then gently sank his teeth into her and gave a little tug.

She gasped and would’ve slid to the floor if he hadn’t lifted her to the counter. He did it casually, easily, and then with a palm on each thigh, he pushed open her legs.

And then he made himself at home between them.

“But one thing you’re most definitely not,” he said, “is uptight.” And then his mouth covered hers. 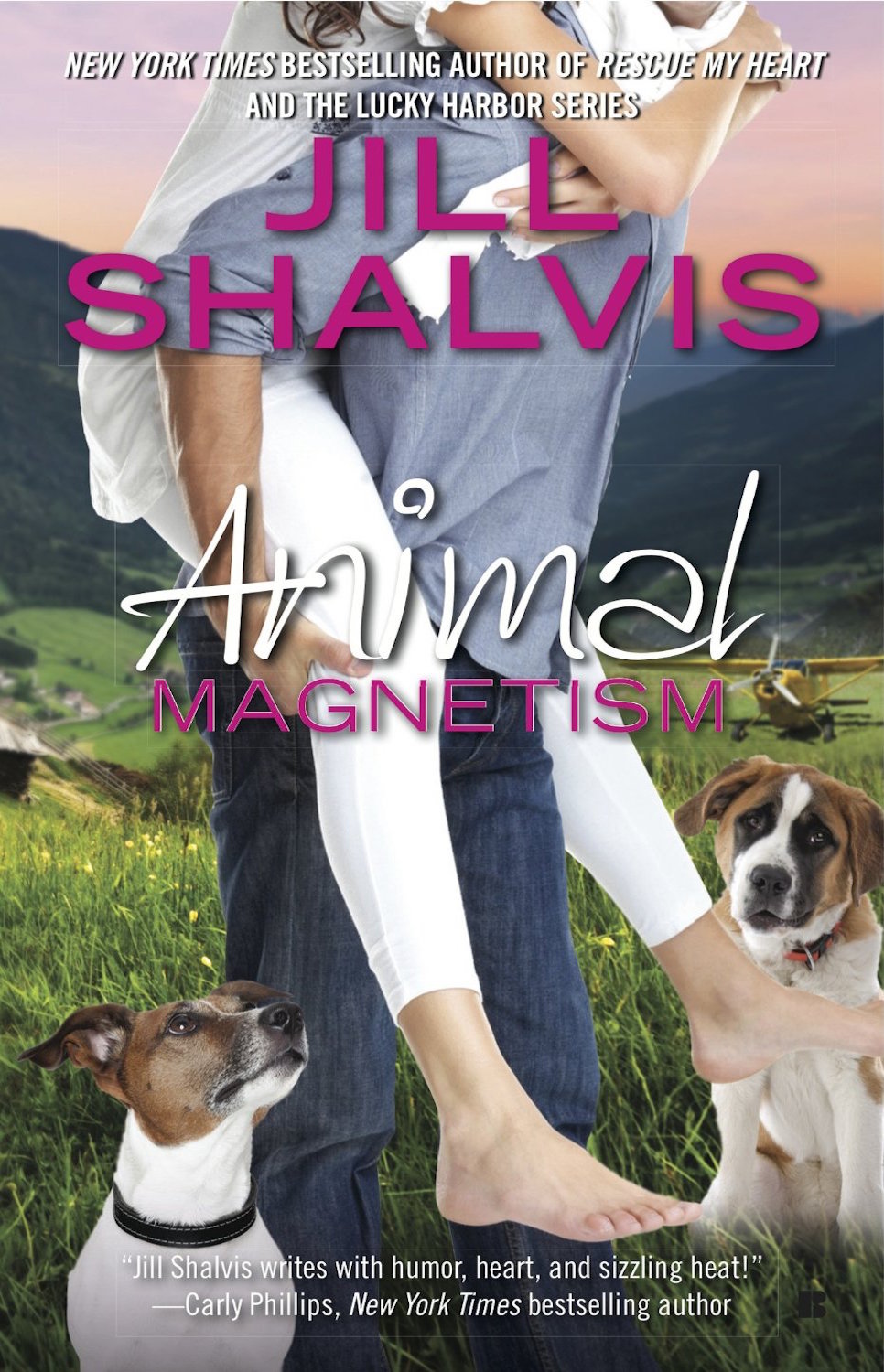 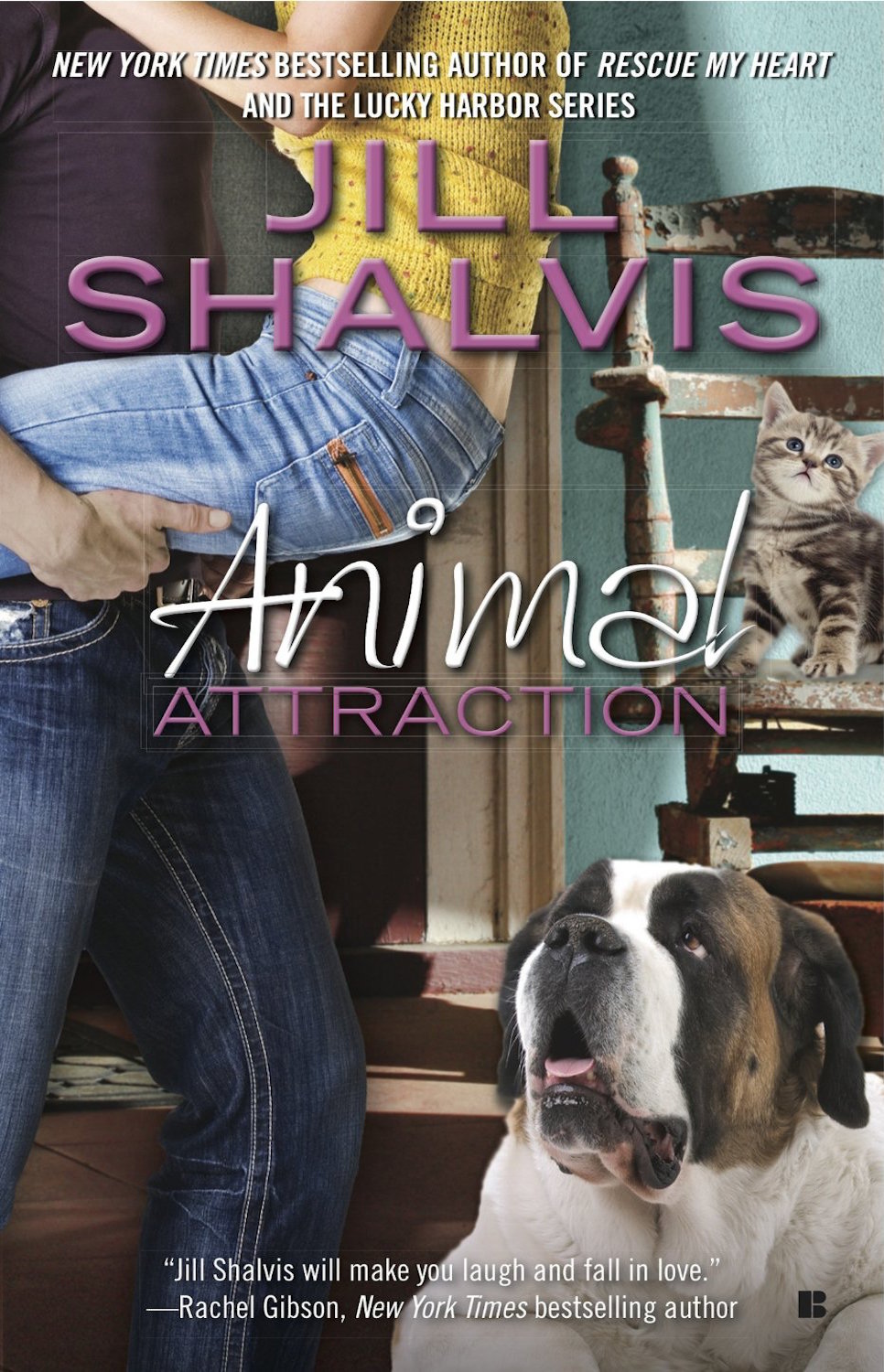 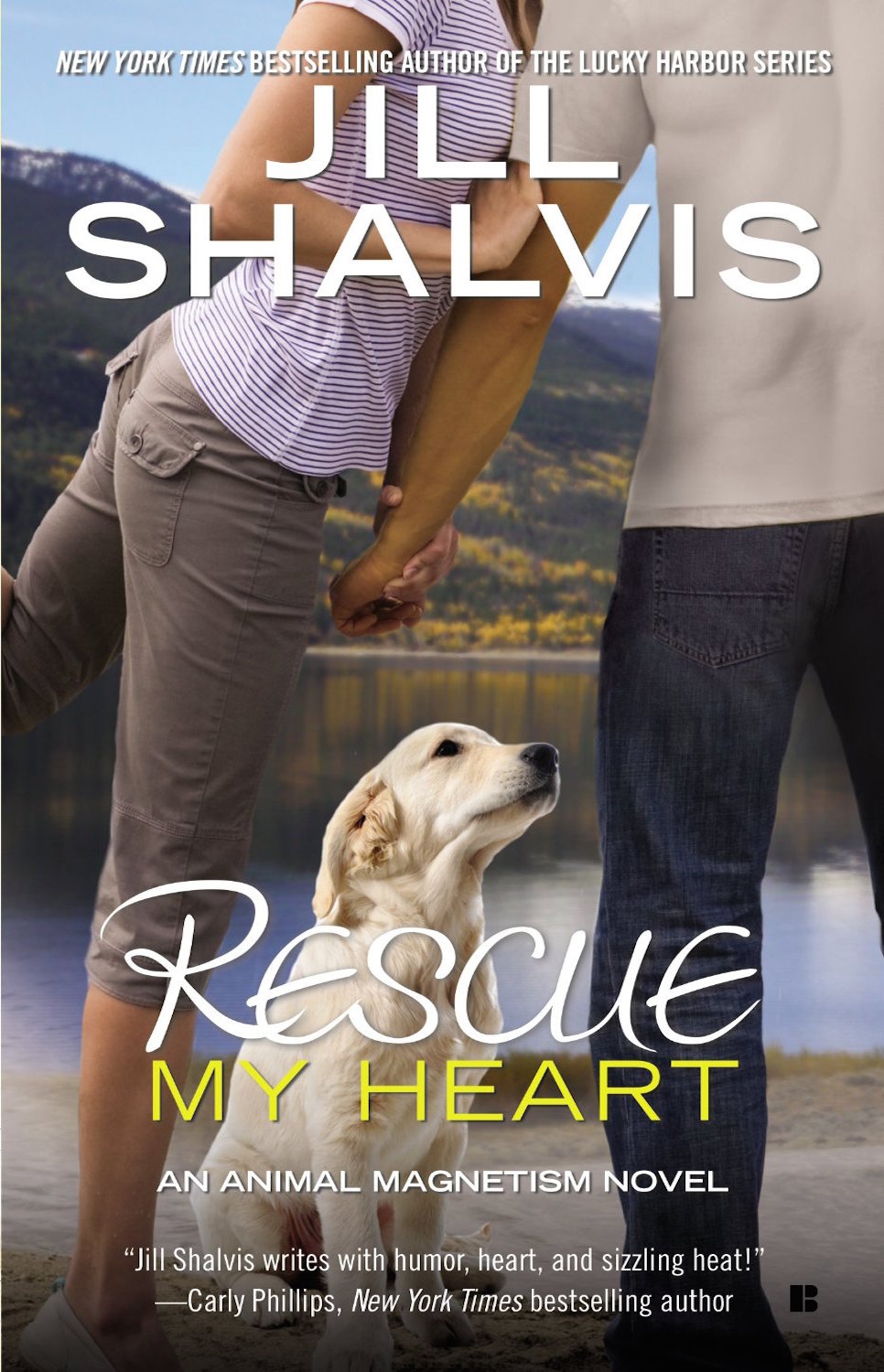 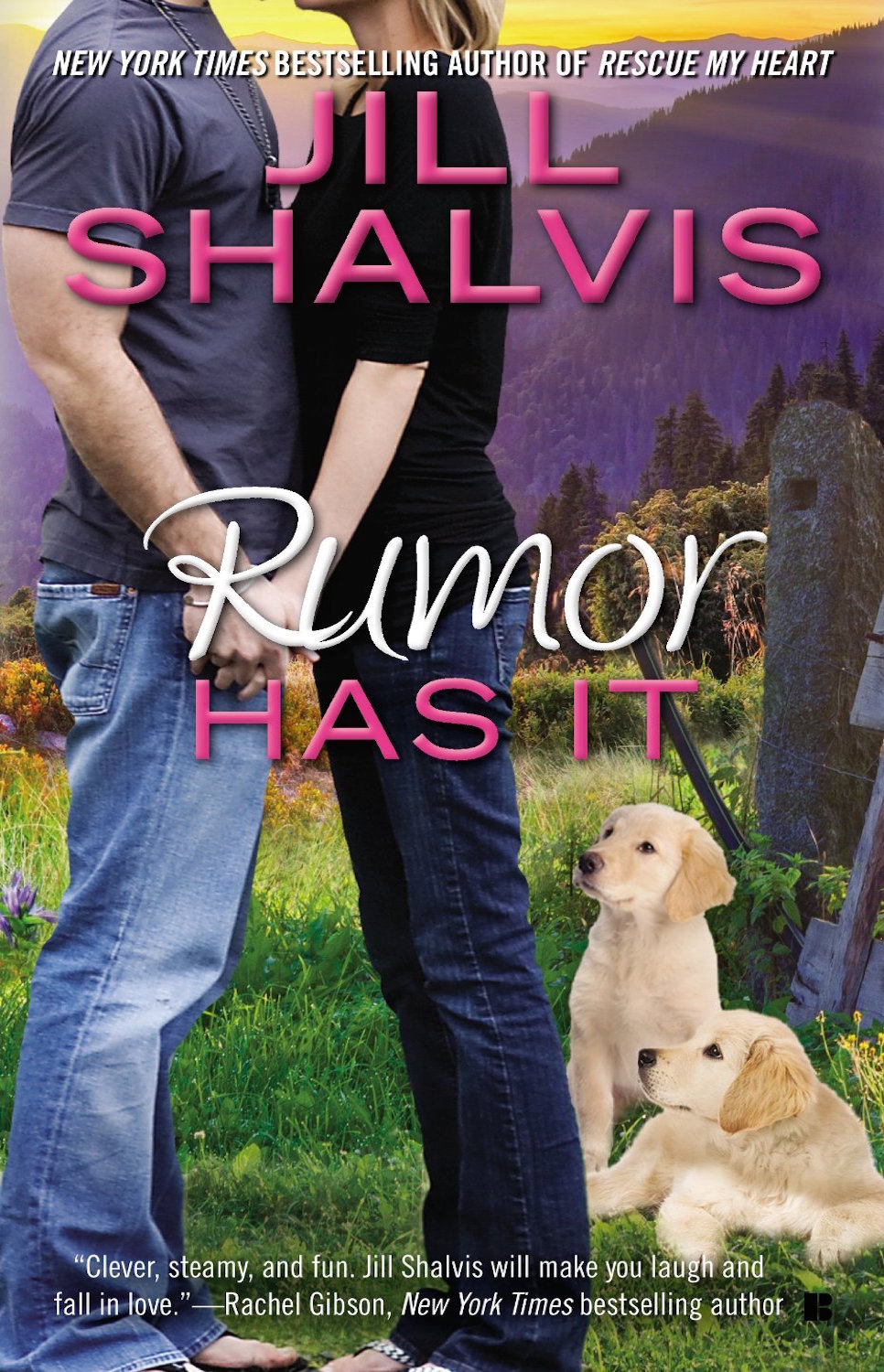 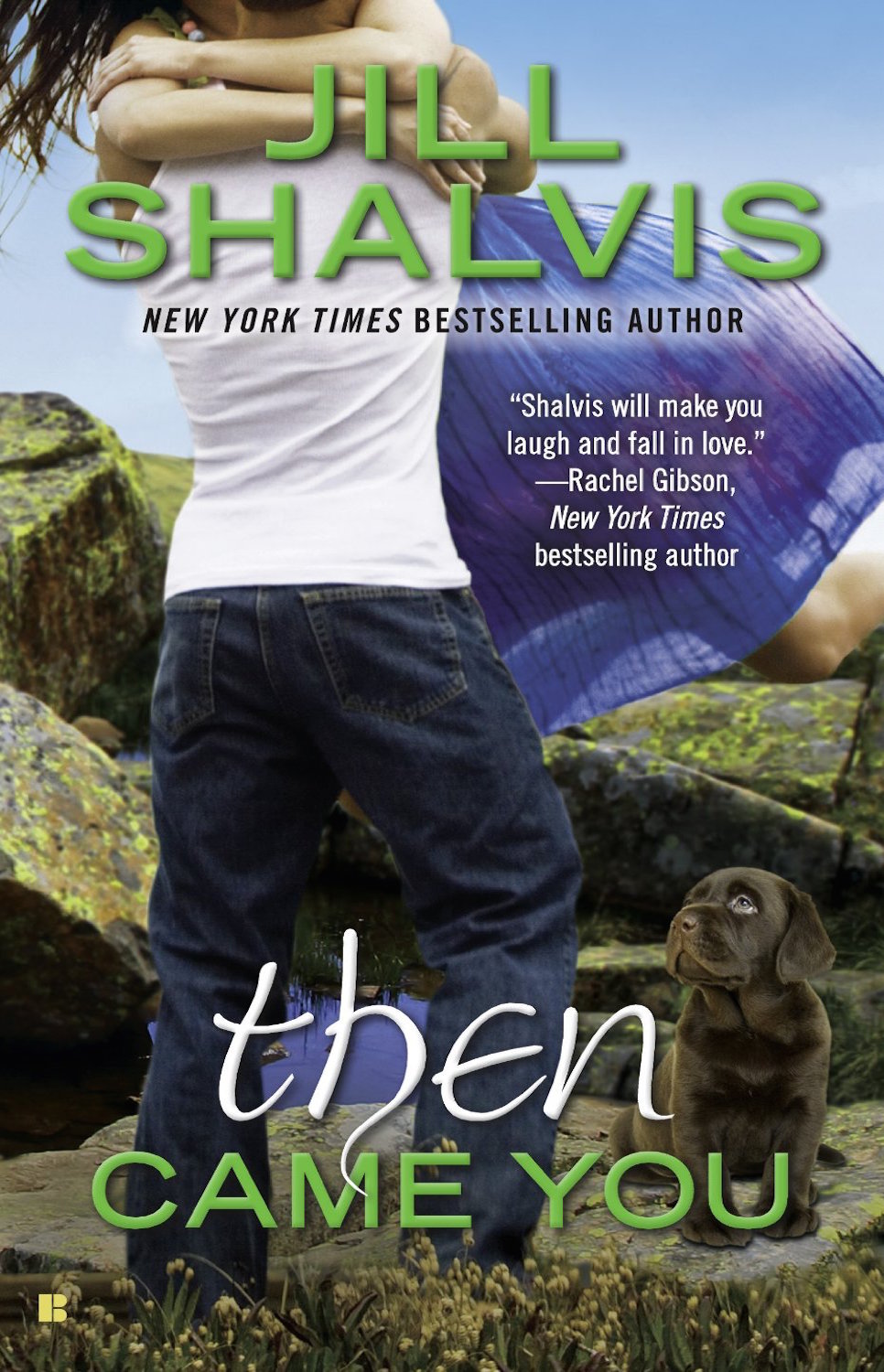 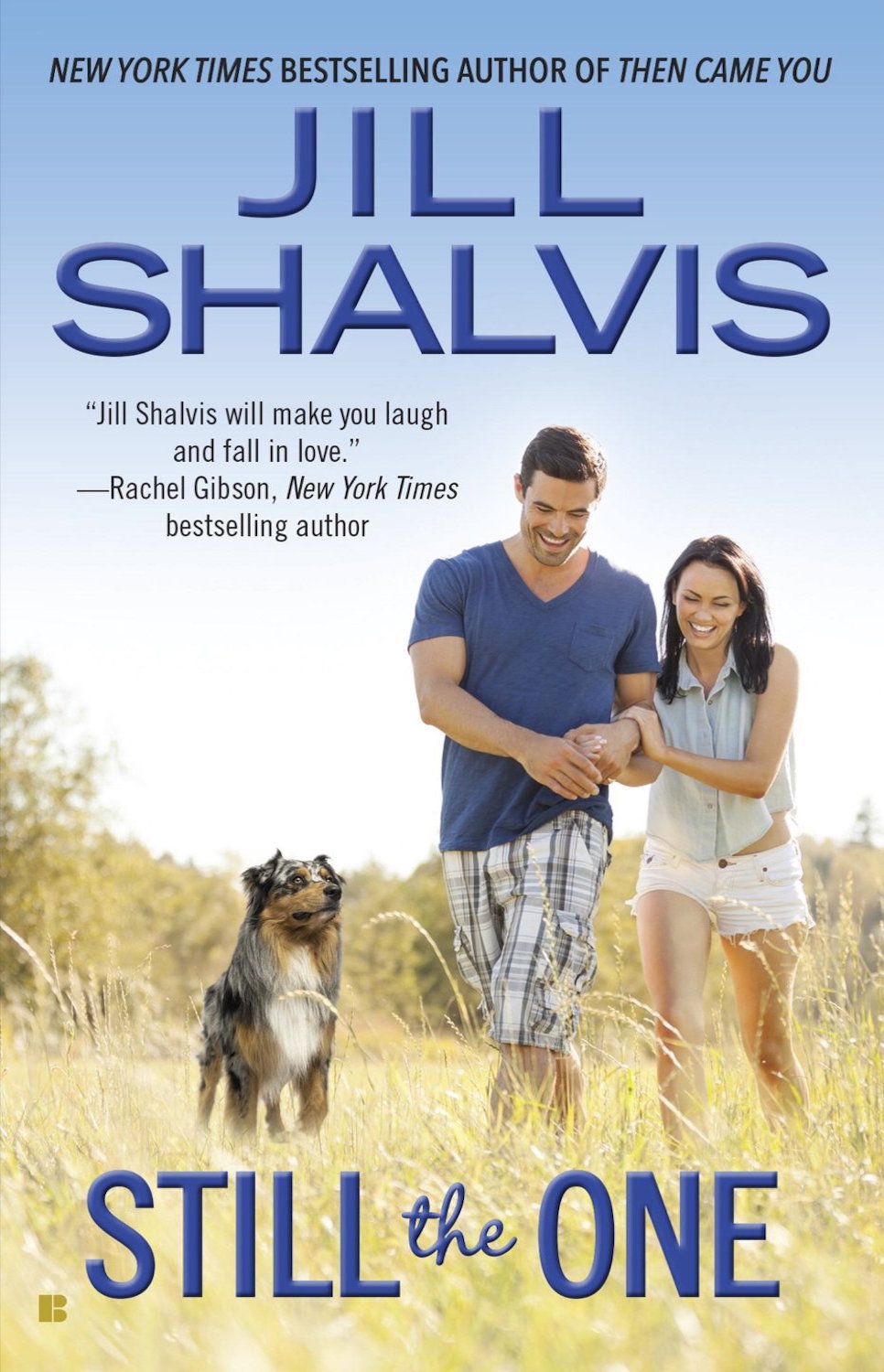 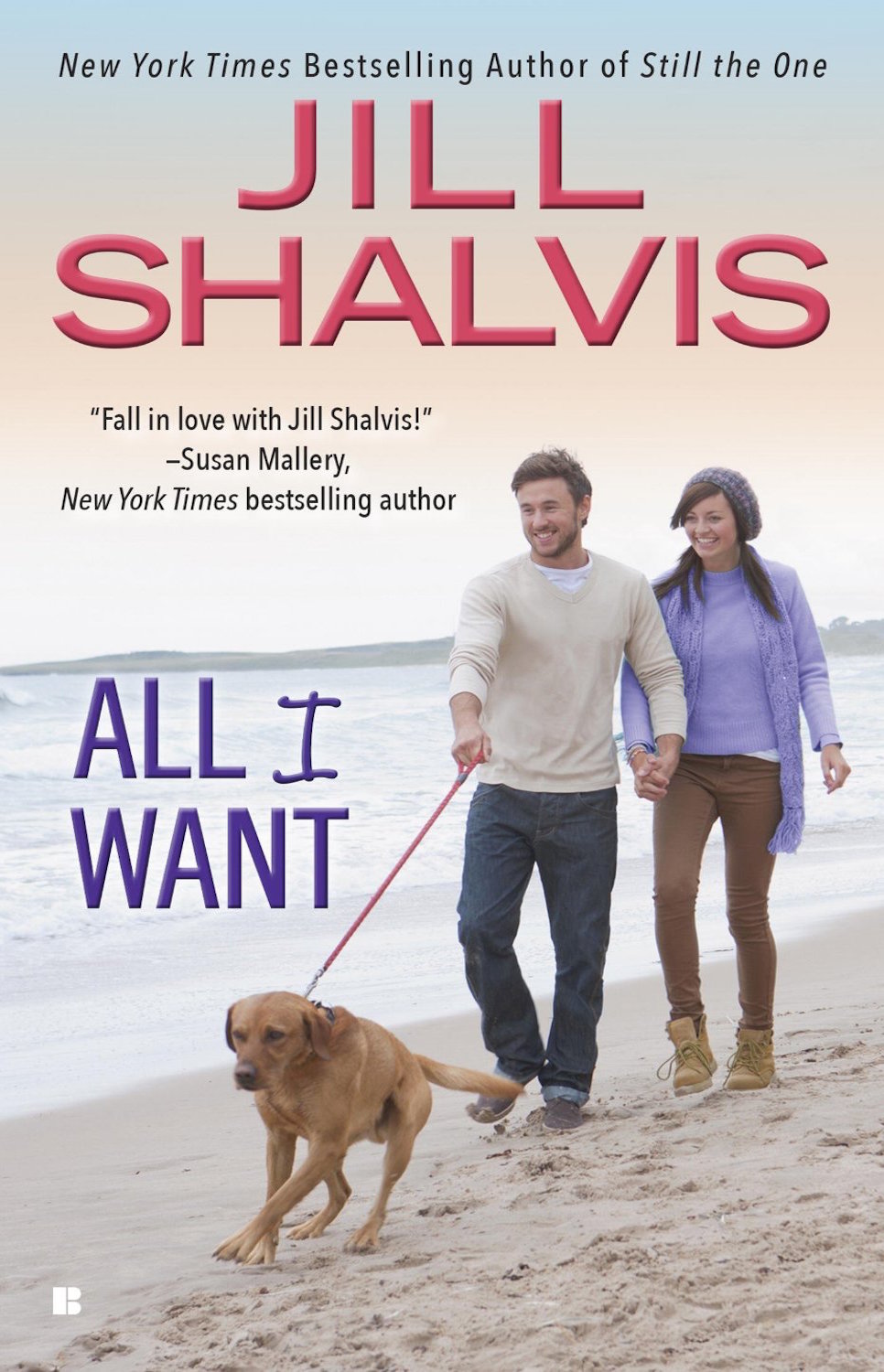