Juliette Smith, star tennis player, is starting over at a new university. Traumatized by hazing at her last school, all she wants is to attend classes, win tennis matches, and be left the hell alone. She should have known her coach, Drew King, would be a problem from the moment he flexed his sexy-as-hell forearms. What happens when you mix a pissed-off woman with a bunch of snooty teammates and a hot coach?

A heated match, complete with team politics and a forbidden game of singles with the coach.

It’s reckless and hot until one of them taps out.

Unable to admit she may be better off as a double, Jules is convinced she needs to play the game of life alone. Then life throws her a lob and she runs smack into her past.

Coach King is back, and he wants to take control of the game. But she’s not certain she wants his advice when it comes to the life she’s built.

The power struggle is on, but this time off the court.

From the author of the Crossroads series, and the Love At Center Court series, comes a brand new standalone novel (with some cameo appearances from the characters from Vérité) about a star tennis player falling for her sexy-as-hell coach, and I have the stunning cover for you. Feast your eyes on Break Point… 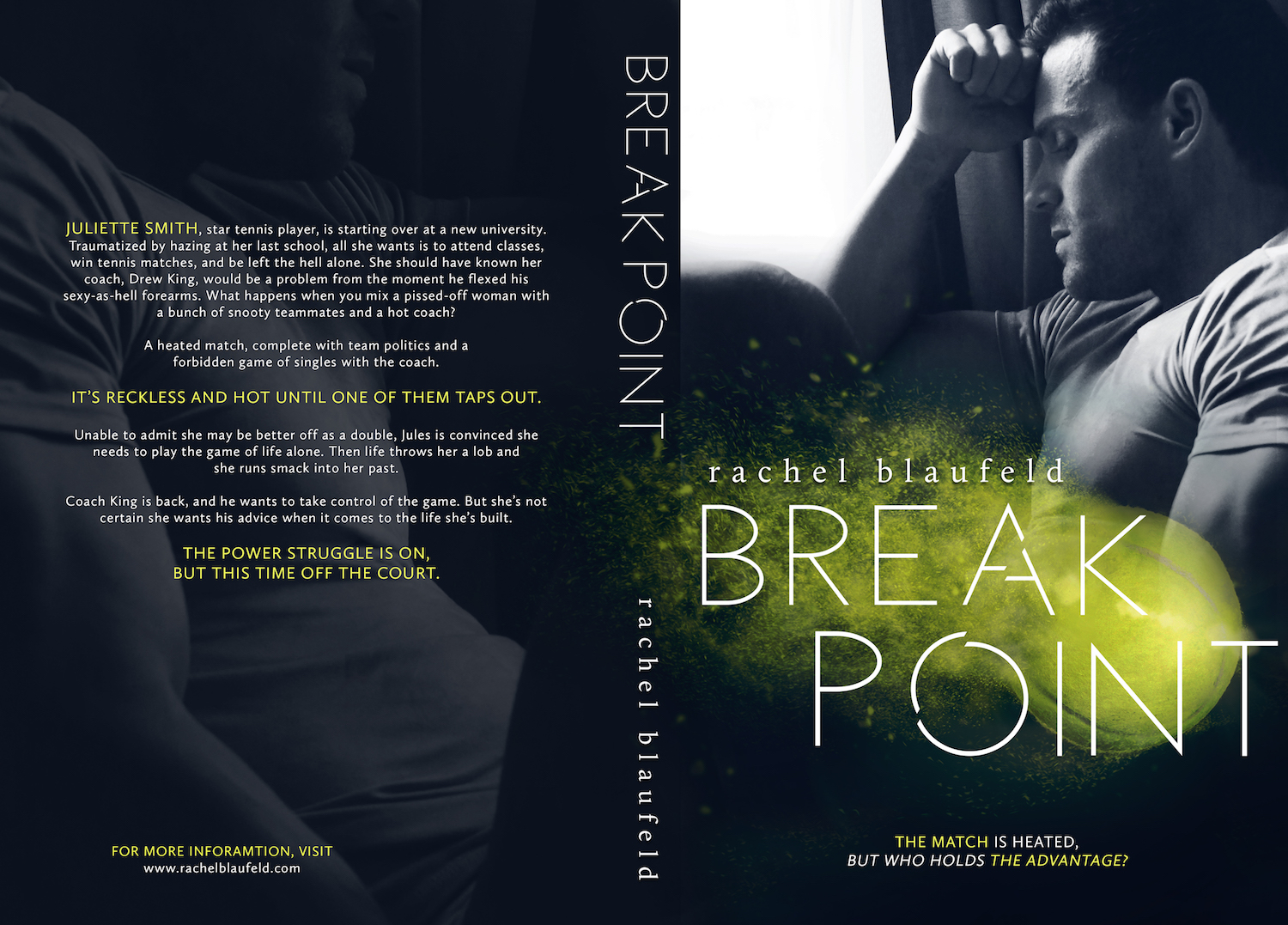