The only thing hotter than the weather South of the Mason Dixon line are the boys. Worn, faded blue jeans, slow Southern drawls, and those naughty moments in the back of pickup trucks a girl never forgets.

Welcome to the world of the Sutton boys.

Five brothers who fight, party, drink a little too much, but more importantly, they love their momma.

Nothing can tear them apart… until the girl next door wins more than one of their hearts.

Remember the Sutton boys—the five irresistible brothers who ran their momma’s farm during the work week, and sweet-talked ladies out of their panties on the weekends? Originally a serial that Abbi Glines wrote under a pen name but never published in its entirety, we are now getting a brand new series of full-length novels! But don’t think you know the story already because Abbi is rewriting the whole thing from the beginning… I’m so honoured to share with you the gorgeous cover of Boys South of the Mason Dixon, as well as the never-seen-before Prologue…

I often wondered if it was a common thing for a girl to fall in love at thirteen. And if it was, does that love last? Or is it just a crush? Can you even truly love that young? These thoughts kept me up at night. Why did I stay up thinking about love? Because Asher Sutton had given me a ride home and, in that moment, stolen my heart for good.

“Dixie Monroe, what are you doing walking out here by yourself? Ain’t safe for a girl. You know better!” That thick, deep voice was Asher Sutton’s. I’d know it anywhere. My cheeks heated and I felt silly. I didn’t want to admit I had missed the bus because Emily James hid my clothes while I was changing after P.E. and I’d been left in the locker room naked. Until Coach Jones came in and found me. She had given me an extra P.E. uniform to wear home. It was too big and smelled funny, but it was something to wear at least. I didn’t want Asher to see me or smell me like this.

“I, uh, just wanted to walk,” I stammered, hoping he wouldn’t realize I was barefoot. There had been no extra shoes for me to wear. Walking in the grass felt fine on my feet. Luckily, it wasn’t cold or wet outside, or I would’ve been in a fix.

“Well, that was a bad idea. Your daddy would have a fit and will if he catches wind you walked home. It’s too damn long a walk. Get in this truck.”

Asher Sutton’s truck. It was famous. Well, at least the stories about that truck were. All girls in town wanted to experience Asher’s truck. He was known as the best kisser in town and he was by far the most handsome boy I’d ever seen. I knew he’d had sex in that truck with a college girl just last week. And Asher was only sixteen.

I looked down at my shirt that was at least three sizes too big and the shorts that hung past my knees. I had wrapped the drawstring around me then tied it to keep the shorts from falling off. My bare feet were dirty and the pretty pink nail polish on my toes was now chipped. It no longer reminded me of cotton candy.

“It’s okay. He won’t mind. He knows I like to walk for exercise,” I lied. It was the first thing I could think of. Because Asher was right. My daddy was not going to be happy about any of this. Not about the clothes, shoes, or my walking home. I was already preparing myself for him to go up to the school tomorrow and pitch a fit over this. But seeing as I had lost my shoes and clothes, I didn’t see how I was going to hide this from him.

Unfortunately, Asher wasn’t buying this story at all. “Not moving from here until you get in this truck, Dixie. Can’t leave you out here to walk,” he paused and I glanced up at him. His gaze had dropped to my feet. “Shit, girl, are you barefoot?”

I sighed. This had been humiliating to begin with. Now it was becoming a nightmare. Wasn’t the first time Emily James had gone out of her way to make my life hell. I never could figure out why she hated me so much. I was a nice person. I tried really hard to get people to like me. But nothing I did or said could make Emily like me. Instead, she found ways to embarrass and humiliate me. Regularly. At least once a week. Never had it been this bad before. Because never had Asher Sutton witnessed it.

I knew he wasn’t going to leave me out here now. Might as well get this over with. “Yeah, I, uh, lost those,” I sounded like an idiot.

Asher frowned. He didn’t seem amused. “Come on, Dix, get in the truck.”

I did as I was told this time. It was another three miles to my house and my daddy was going to start worrying about me soon enough. I would never forgive Emily for this one though. I was done trying to be nice to her. She had taken it too far. I was in Asher Sutton’s truck looking like an idiot and smelling worse.

“Thank you,” I said not looking his way again once I was inside.

“Buckle up,” he said, “then explain to me why you’re wearing gym clothes that could fit me, don’t have shoes on your feet and are walking home like that.”

Lying was less embarrassing. But I was a terrible liar. Daddy said I stammered and turned red the moment I even tried to fib a little.

“Someone stole my clothes while I was changing after P.E. class.” Just saying it made me sound like a loser. I had always been the little girl next door that Asher Sutton liked to tease. I wanted to look grown up and have boobs like Emily or my best friend Scarlet. Something to make me look older than thirteen.

“What the hell?” His tone was incredulous. As if he couldn’t fathom that. I bet he couldn’t. I doubt anyone had ever done anything like that to him. “How’d they take your clothes?”

This was just getting worse. I wished he’d drive faster. Admitting I didn’t change in front of the other girls because my body wasn’t developing like theirs yet was too much. But he wasn’t going to stop asking unless I told him. “I change in one of the bathroom stalls. I had my clothes hanging over the door so they wouldn’t touch the floor. When I took off my gym clothes, I hung them over the door and then—” I stopped. Telling Asher I had then taken that moment to use the toilet stuck in my throat. “I…” What did I say here?

“You had to pee?” he offered and I felt my face become an inferno.

“Then someone grabbed all your clothes and shoes?”

I knew but I didn’t say. Emily had slept with several of Asher’s friends. She was tall and curvy and the older guys loved her. My house was finally in view and I wanted to leap out of the moving truck and start getting homeschooled tomorrow. Never leave my house again. Never have to look at Asher again.

“Your daddy is heading out to his truck with a concerned scowl on his face. Reckon he’s coming to find you. Knew he’d be worried.”

He had probably already talked to Coach Jones. He wasn’t happy with the harassment I’d been dealing with this year. It had escalated. Today was the worst yet though.

“I need to stop him,” I said, hoping Asher would speed up.

He honked his horn and Daddy stopped and looked our way. The relief on his face when he saw me made me feel bad. He had been worried. I should have called him from the school instead of trying to hide this. I just hated upsetting him.

“He ain’t gonna be happy about this,” Asher said.

“No, he ain’t. Thanks for the ride,” I told him and reached for the door.

“Dixie,” he said my name gently.

“Yeah,” I answered without looking at him again.

“Girls are mean as hell. But only because they’re jealous. Whoever took your clothes didn’t know you’d look just as pretty in a damn potato sack. Don’t let them get to you. Don’t let them change who you are.”

Those words weren’t the first Asher Sutton ever said directly to me in my life. But they were the most important for two reasons. I remembered them every single time Emily James did something cruel to me during that very long year. And they made me fall in love with Asher Sutton. Not because he was popular, beautiful, or the football captain. I fell in love at thirteen because a boy was kind to me. 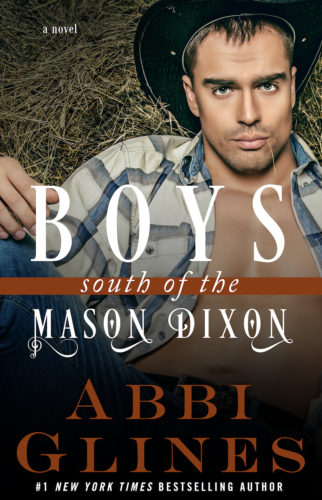 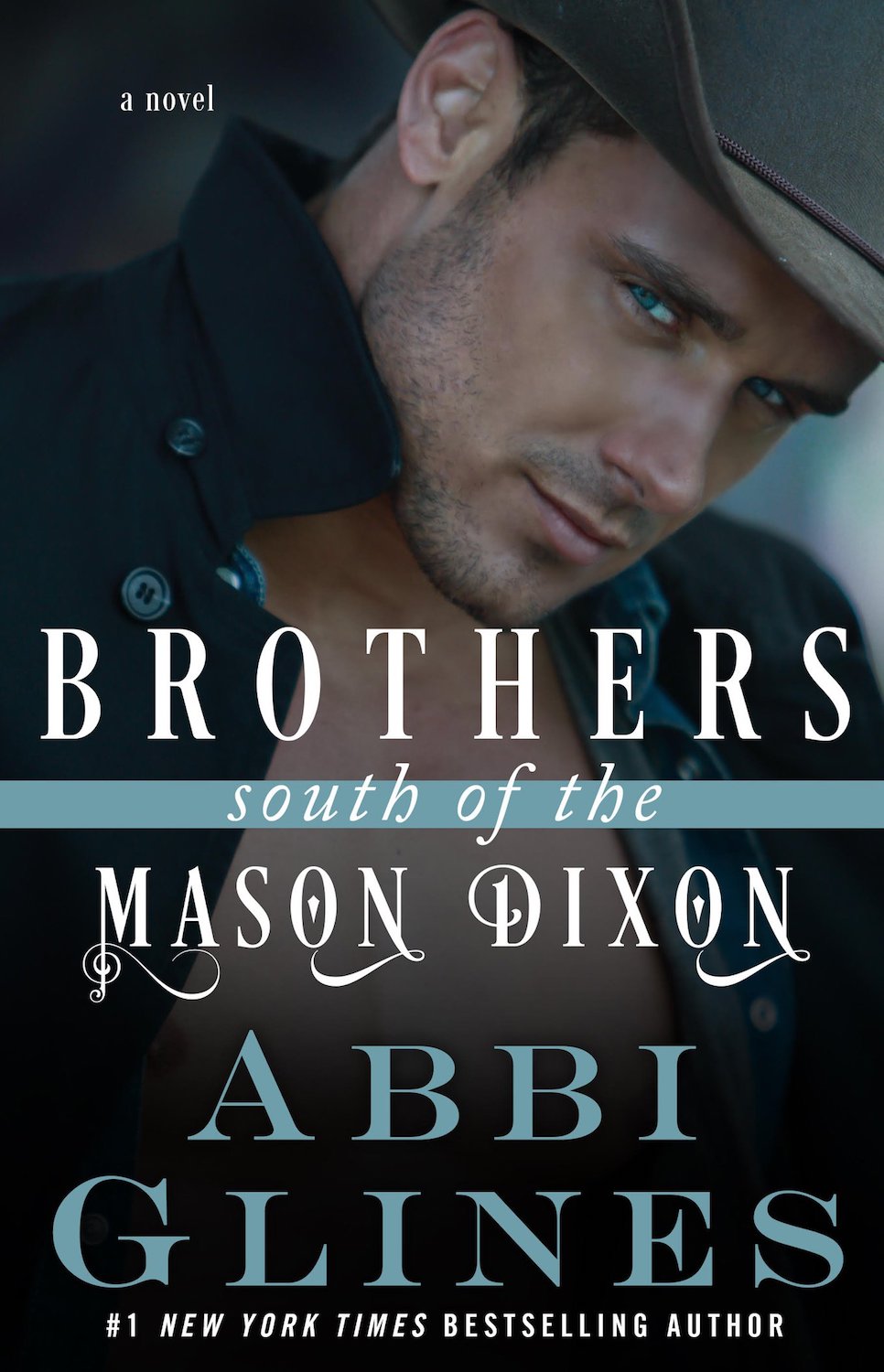 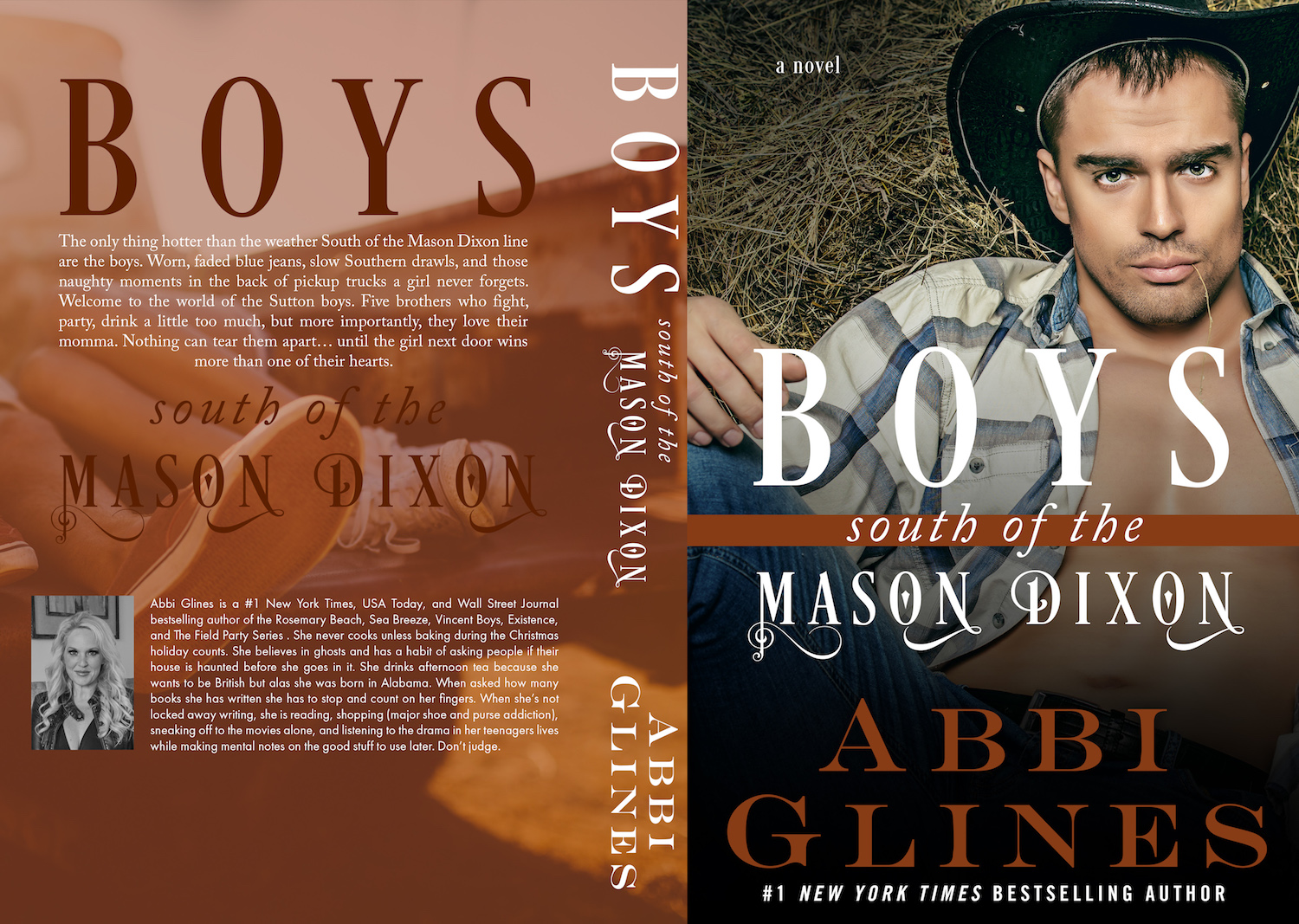 I can’t wait for this!! I remember reading some of Asher’s story on her blog an just fell in love!

Oh, I just can’t wait!!! I loved reading this story on her blog and kept checking back to read every new section she added to it. So happy to see this story made into a series!!!