Working in Hollywood meant Jessica Dawson was used to lying. As an assistant to one of the biggest agents in town, biting her tongue and spewing out sugarcoated untruths were an almost daily occurrence. But fabricating alternate realities never spilled into her personal life, until three months ago when she told the biggest lie of all.

While her dear gran lay on her deathbed, Jessica mentioned she’d met her soul mate. It had been Gran’s last wish to see all her grandkids settled down before she went to see Jesus. And as the only one still single, Jessica didn’t have the heart to disappoint her.

No one expected Gran to make a miraculous recovery.

Now, Gran was expecting to meet Jessica’s perfect man at her cousin’s wedding, which meant she needed to find a perfect man fast. Hiring a professional was the only solution.

Enter Dave Larsson, younger brother to one of Hollywood’s elite.

Sexy, funny and just as smoldering hot as his super-famous sibling—he had talent and charm to spare. But most importantly, he was affordable and available.

All she needed to do was haul Dave home, have him meet Gran and the family, then shortly after the wedding, “break up” with him.

Only thing she didn’t plan on was the bigger lie she would need to tell herself when it was time to let him go.

What do you do when you lie to your family and tell them you’ve met the man of your dreams? You hire an actor to play the part! And then you try really hard not to fall in love with him, too. T. Gephart’s latest Romantic Comedy is releasing on Jun 6, and I have a sneak peek for you.

“Hey, it’s Jess,” I said, gripping the phone hoping my smile was beaming down the line.

“Did he think by you calling me I’d agree? C’mon, Jess, you know I’m still out.”

To his credit, he didn’t hang up which was what most actors would have done. Hell, it’s what I would have done, but not before telling them to kiss my ass a few times. Especially if I felt like I was being handled, which ironically, was exactly what was happening. I’ll admit that wasn’t my favorite part of my job, but when it came to talking people off ledges, I was pretty damn good at it.

“No, I know,” I started, in no way intending to talk him into it. “I do still think Jeremy is trying to do the best for you, but I’m not asking you to reconsider. I just want to make sure you knew that we took your concerns on board, and that we are committed to finding you the right role.”

He laughed, his earlier sarcasm missing in action, with his chuckle sounding genuine. “You seriously didn’t regurgitate the company line did you? You’re better than that, we both are. So just tell Jeremy to pull his head out of his ass and find me something decent. There are other agents, you know. Maybe it’s time I shopped around.”

He could be bluffing, but there was no way to tell. And I wasn’t about to gamble. He might not have been a huge fish, but losing a client wasn’t an option.

My eyes fell to the invitation on my desk, and I had possibly the most brilliant—or stupidest, jury was still out—idea I’d ever had.

“Dave, I think I might have something for you.” I reached down and picked up the invite, the tiny foil hearts sticking to my fingers. “It’s an independent project. Very small budget.”

Was I actually going to do this?

I wasn’t sure I hadn’t blacked out, the suggestion almost so preposterous it made trolling for hookers sound sane. I was also fairly sure I was breaking about a hundred employment rules, not to mention possibly risking my job.

But clearly, desperate times called for desperate measures, my sanity the least of my concerns as I sunk even lower into deceit. I mean, it was okay as long as we both got something out of it, right?

Lord, I better pack my sunblock—I was going to Hell.

“Really?” Dave hummed into the phone. “I don’t have a problem with independent or small budget as long as it’s a decent role.”

Too late now, my mouth had volunteered us for the biggest sham of the century before my brain properly evaluated the situation. I guess I’d told so many lies, what was another one. I was almost positive there was going to be no amount of Hail Marys getting me out of this one.

“Don’t tease me, Jess,” he purred into the phone, his voice more seductive than he’d probably intended.

“I’m not. I promise.” I looked at the date on the cardstock and cringed. “But you don’t have a lot of time to prepare. Shooting starts next month.”

I wasn’t sure if it made me the worst person in the world—lying to my family and Dave—or if I was brilliant. I mean, who best to play the role of a fake boyfriend than an actual actor? In its purest form, the idea was genius. Or at least that’s what I told myself as I picked up the shovel and dug even further into the hole.

“I’ll come in and pick up the script.” His response coming so fast there was no time for further internal debate. Ready or not, we were doing this.

And that was a big IF.

My eyes shot to Jeremy’s closed office door, and I almost threw up in my mouth. Images of Dave sauntering in, asking for the script that didn’t exist, for the part that didn’t exist, made me dry heave. To say I hadn’t worked out all the particulars was an understatement. And as good as I professed to be, there was only so much I could spin on the fly, especially with my boss only a few feet away. It would be like jerking a guy off in a confessional; while the element of taboo was hot as hell, even I had standards.

“Meet me tonight and we can discuss it. It will make it less formal.” Sure, that didn’t sound suspect.The suggestion was thrown out like we were meeting up for a drug deal. I wasn’t convinced I didn’t sound like a lunatic.

“I have plans tonight, won’t be free until later, like around eleven?”

“Eleven is perfect,” I answered a little too eagerly, my concern over it sounding shady less than my need for him to agree. “There’s a twenty-four hour coffee shop downtown, The Americano. I can send you the address.”

A bar probably would have made more sense. I had contemplated it, hoping that after a drink or two, my idea wouldn’t sound so crazy. The drinks were for me of course. But as tempting as it was to blame alcohol for the insanity, I needed both of us to be sober when he heard my pitch, and hopefully accepted. Last thing I needed was dubious consent added to my growing rap sheet of sins.

No, at the very least we should start sober, after that it was anyone’s guess how it was going to go. There was always the chance he would run, cowering from my hideous idea like it—and in turn me—were infested with cockroaches. And if that happened, there was a huge possibility I’d have to drink myself into oblivion. Couldn’t attend a family wedding because I was passed out drunk in a pool of my own vomit, sorry Lana. That would have to be Plan C, the prostitute was still standing strong as a solid Plan B.

“I know the place. I’ll meet you there around eleven.” He took a breath. “Thanks, Jess, you were probably the one who pulled the strings and I appreciate it.”

I shook my head, his sincerity making me feel like a total ass. “Well don’t thank me just yet.” Literally. “See you tonight.”

After a quick goodbye and ending the call, the realization of what I’d done and what I was about to do became extremely apparent.

If I had half a brain, losing my job would have been my number one fear. But instead of being concerned about possibly joining the percentage of the population who were unemployed, I felt energized—excited almost—with rational thought leaving the building as the fever of delirium took over.

Dave Larsson wanted a lead role with more substance than the stupid commercial Jeremy had offered him. I needed a guy to play the part of boyfriend for a couple of days.

If both of us were to each get something out of it, then what was the problem?

And sure, he wouldn’t be getting any recognition or exposure like a regular job. He’d also be paid less than the commercial had promised. But think of the good karma it would attract; it would be like his fast-pass into Heaven. Not to mention I’d beg, cheat or steal to get him something worthwhile to star in next. There was a script currently on my desk that was perfect for him. And Jeremy owed me, and he owed Dave too. Plus, I would still pay him; I wasn’t expecting him to do it for free. And he’d get to sample some of the best southern cooking known to man. That had to be worth something?

It would be a job like any other, only the script would be more fluid and he wouldn’t have any pesky cameras pointed in his face. And while the five grand I was intending to pay him wasn’t huge, I’d cover all the expenses too.

It would be like an adventure. How could he possibly resist?

I refused to eye the invitation on my desk any longer, shoving it back into the envelope and tossing it into a drawer.

In a few hours, I’d find out either way and refused to accept any outcome other than the one I had in my head.

Dave would say yes, we would go home, play the part of the loving couple, and then “break up” after the wedding. I would be saved from being excommunicated by my family and move on with my life with no one none the wiser.

What could possibly go wrong? 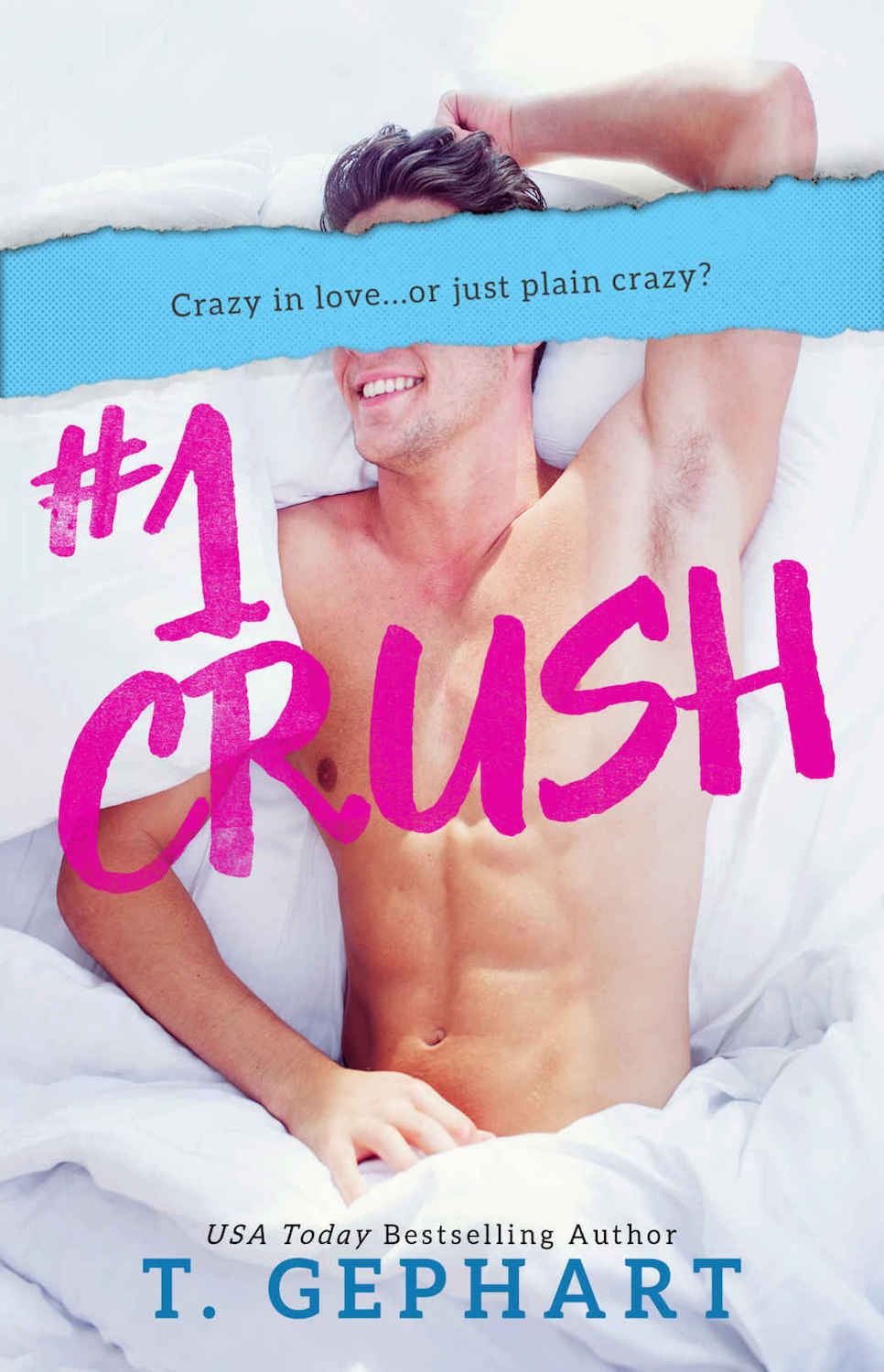 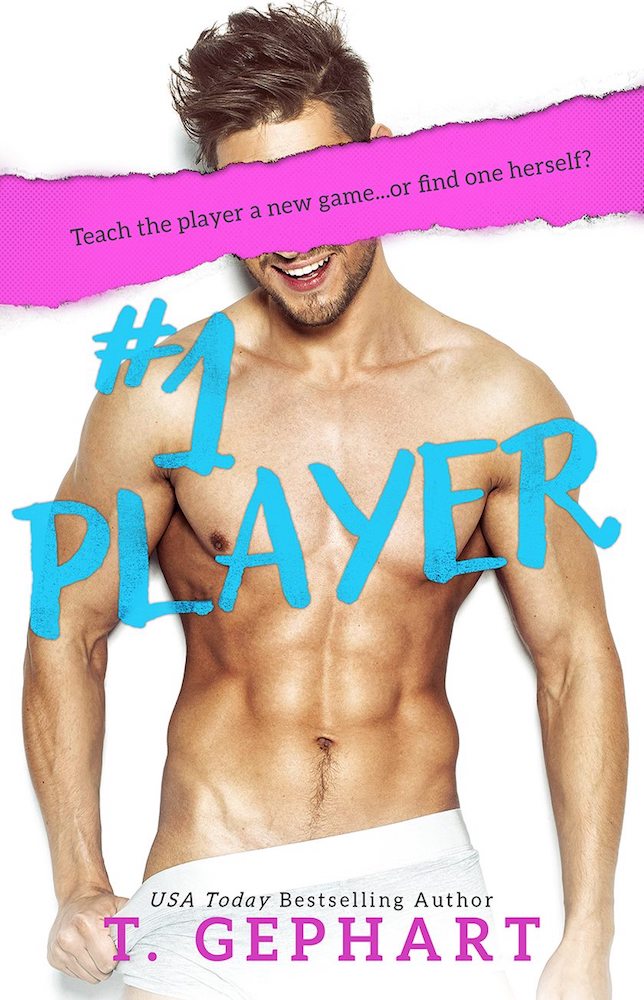 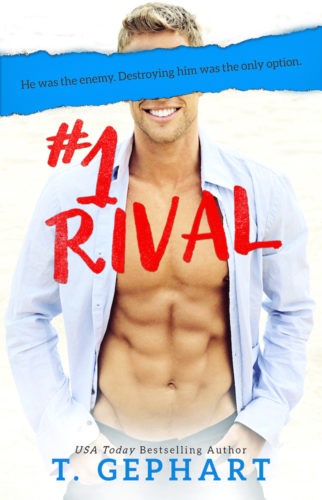 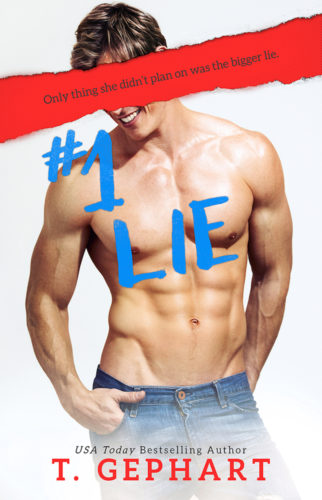 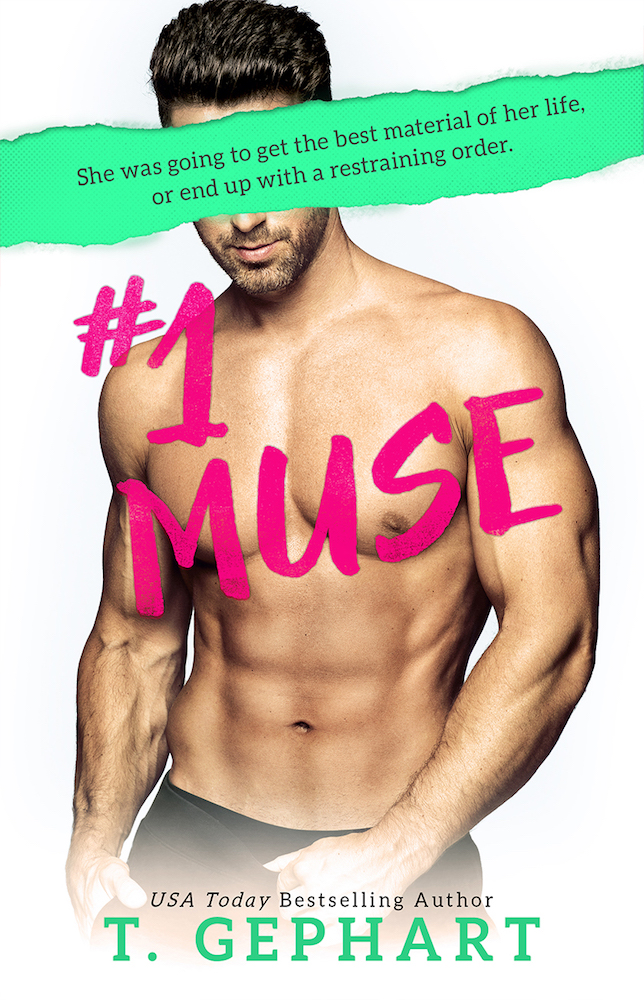 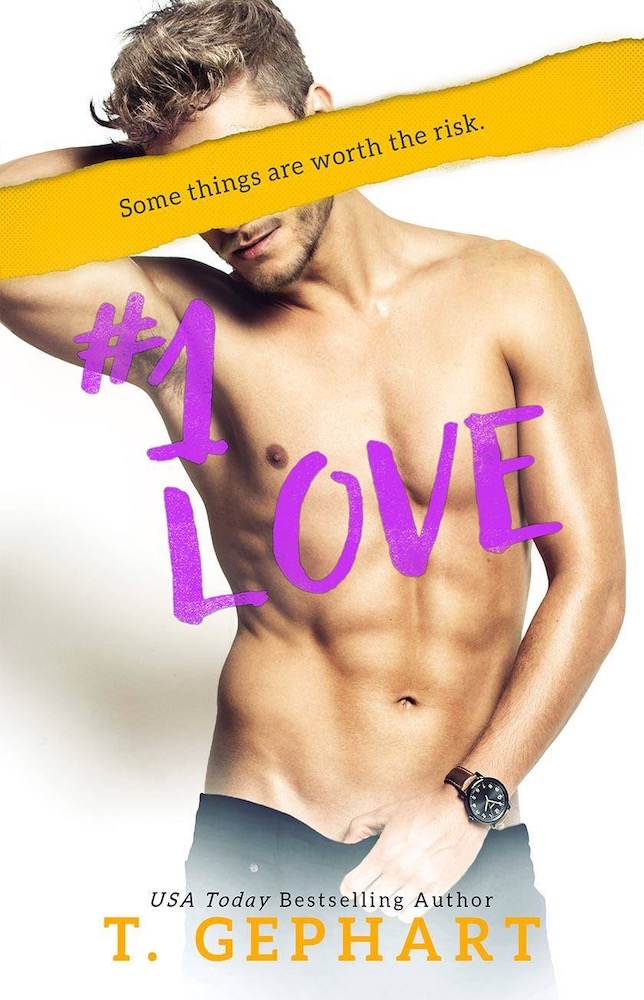 Thank you so much <3