Forced to lie to protect her sister . . .

Mona is a smart girl and had everything figured out a long time ago. She had to. She didn’t have a choice. When your parents are uber-celebrities and you graduate from high school at thirteen, finish college at seventeen, and start your PhD program at eighteen, you don’t have time for distractions outside of your foci. Even fun is scheduled.

Which is why Abram, her brother’s best friend, is such an irritant.

Abram is a talented guy, a supremely gifted musician, and has absolutely nothing figured out, nor does he seem to care. He does what he feels, when he feels, and—in Mona’s opinion—he makes her feel entirely too much.

The first instalment in Penny Reid’s all-new Laws of Physics trilogy is OUT TODAY, and I have an awesome excerpt for you. Laws of Physics is the second trilogy in the Hypothesis series, parts one and two both ending with cliffhangers.

The walk to the Stan’s Donuts was speedy and uneventful, and the ordering process was efficient and swift. I was more than halfway home when I realized, in my rush, I’d forgotten to order coffee.

I stiffened, stopped, and sucked in a breath.

There he was. Abram. Sitting on the outside steps, his elbows on his knees, his hands clasped in front of him. Glaring at me like I’d just deleted his LHC simulation data without making a backup.

Releasing the air in my lungs, I bit my bottom lip and approached the gate with caution. I shouldn’t have been noticing how crazy attractive he was when he glared, but I did. How could I not? He glared at me as I punched in the code. He glared at me as I opened the gate and shut it firmly behind me. He glared at me as I approached. By the time I made it to the bottom step, I wasn’t sure if the warm blush heating my cheeks was remorseful embarrassment at having been caught, or merely a reaction to the stern severity in his gorgeous dark eyes.

Either way, I tried to ignore both, and smiled. “Want a donut?”

His glare flickered to the bag I held, and then back to me. “You left.” Abram’s voice was cold steel, had cold steel been able to speak and was alarmingly good-looking when it glared.

I shifted my weight from one foot to the other. “Yes. Yes, I did. And I’m sorry.”

“You broke your promise.”

“I needed coffee, but I forgot to get coffee, because what I really wanted was a donut. And here, see?” I lifted up the bag. “I got enough for you too.”

Nothing about his expression altered, which caused a thrilling little shiver to race down my spine. My goodness.Was it hot outside? It was hot outside, right?

He blinked just once. “What kind of donuts?”

“Uh, all kinds. A virtual cornucopia of donuts, if you will. They usually give people a box for this many, but I asked for a bag.” Peering into the paper sack, I began listing all the options.

But as I rattled off the list, Abram stood, descended the steps until less than five decimeters separated us, and used his finger to hook the top of the bag open further, peeking inside. He was so close, I could smell him, his fragrance, and it had that melting effect on me as usual. But I also smelled the donuts, which meant I was now melting and trying not to drool.

Abram glanced between me and the interior of the paper bag. “Which one is your favorite?” he asked quietly, an edge of something treacherous in his tone, maybe even sinister.

“Because I want it.” The softness of his response only served to underscore the meanness.

My mouth dropped open. “Why don’t you just take the one you actually want and leave my preferences out of it?”

He lifted his eyebrows, giving me a pointed look, but otherwise didn’t respond. It was response enough.

“Yessss.” The flash of a grin also meant a flash of his dimples, the combination momentarily discombobulated me, just long enough for him to snatch the bag from my hand.

“There are two chocolate cake donuts in here.” He turned away and walked up the stairs.

He’d extracted both chocolate cake donuts and carelessly handed off the bag to me, as though discarding it, walking through the front door. I chased him into the house and to the kitchen, gasping in horror when I saw he’d already finished one of the donuts and had just taken a bite out of the other.

Before he could react and holding his eyes, I guided his hand to my lips and took a giant bite, shoving a full half of the remaining chocolate cake deliciousness into my mouth.

His eyes grew round with shock even as he laughed. “You’re going to pay for that.”

I didn’t respond. I was too busy chewing, giving him my dirtiest look, holding his wrist in place with a death grip, and ignoring the excited, hot, electric shiver dancing down my spine. He flexed his arm, as though to raise his fingers and finish off my precious. I couldn’t let that happen. Plus, I wanted to see his arm flex again.

Grabbing his forearm, I shoved it down with all my might, and I swallowed. He chased his hand, his mouth open and ready to bite. So did I. A brief struggle ensued, during which our foreheads knocked together as we both reached the shared target.

“Ow!” I said, but I didn’t back down. I refused to cede my grip on his arm, because doing so would mean surrendering my breakfast, and the loss of watching him strain, and listening to him grunt. Twisting and trying to jump, it was no use. He was bigger and stronger and taller, so much taller, and he smelled so, so, so good. Olfaction satisfaction.

Momentarily distracted by (what else?) Abram-fragrance, his forearm slipped from my fingers and he held the remainder of the donut above us both, turning his face toward mine.

“Give it to me.” I clawed at his raised bicep, breathing hard, headless of how this pressed my body more completely against him. Or how every time I jumped for his arm, my chest bumped into his and I slid down his front.

I am so hot right now.

“What? Give you what?” he whispered, tilting his head to the side, liquid brown eyes shaded beneath those dark lashes.

No matter how I pushed against him, he held firm. So firm. So very, very firm.

Out of breath, I ignored the swirling butterfly field in my stomach, determined to reach the donut, no matter what it took. Mine!  Mine mine MINE!

“You know what I want, Ahab.” I lunged against him. I didn’t know what made me do it—

Actually, I do know what made me do it: fury and hunger and horniness. I was no longer furngry, I was frunghorngry.

Despite my lunging, he didn’t even rock back on his heels.

Ugh. Damn him. Why was he so immoveable? He was in my way, keeping me from what I wanted, and—in that moment—my throat burned with how much I despised him. SO MUCH!

But Abram did lower his arm at the last minute, holding the donut behind his back. As I reached around him blindly, my lips accidentally grazed his jaw, our bodies sliding together, the friction causing an immediate straining and awakening within my own. Flinching as though burned, I retreated, working to subdue this destructive awareness fragmenting my composure as his arms came around me, the donut now behind my back.

“Too bad, Liza. I didn’t get what I wanted either.” He was breathing hard. Good.

“Oh yeah? What’s that?” I ground out, also breathing hard.

“You . . .” he said, his voice a gruff whisper, his mesmerizing gaze darting between my eyes and mouth.

I sucked in a short, surprised breath, blinking furiously as pinpricks of heat pulsed just beneath my skin. But before I could connect too many fantasy-fulfillment imaginary dots, he leaned even closer.

I felt his breath on my lips as he finished the thought, “You . . . are not allowed to leave the house without me.”

“You know the rules.”

He nudged my nose with his, the barest of touches, a gentle slide, whispering darkly, “But I can tie you up.” 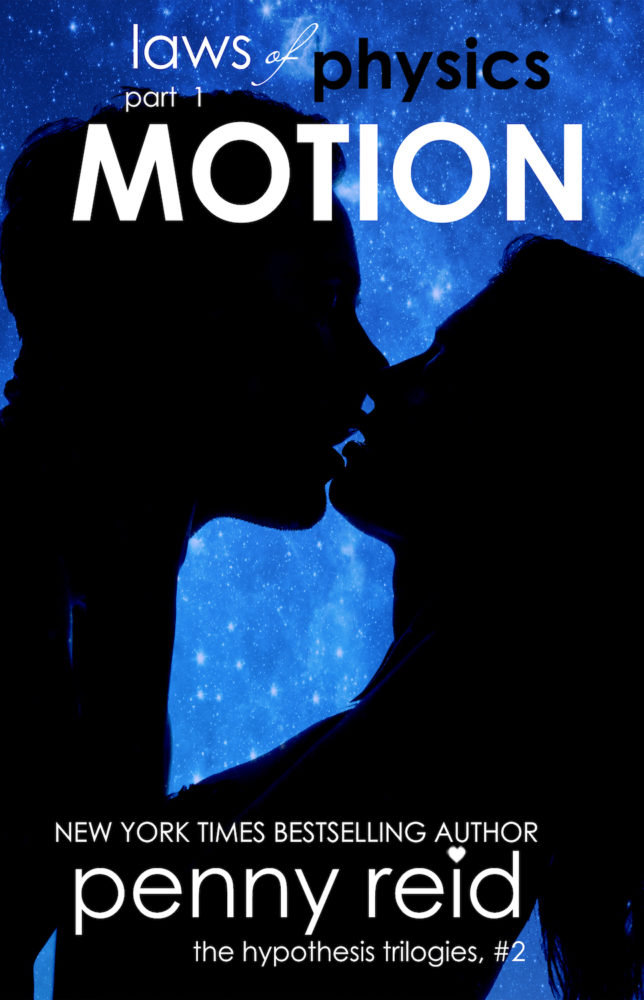 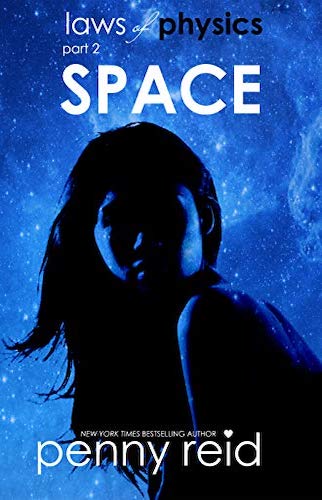 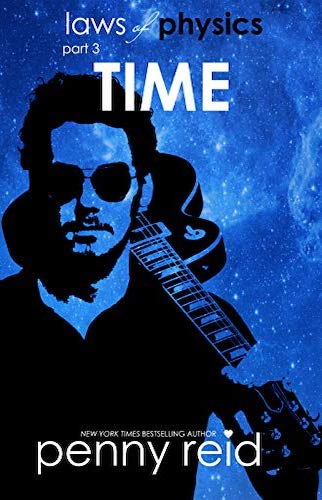 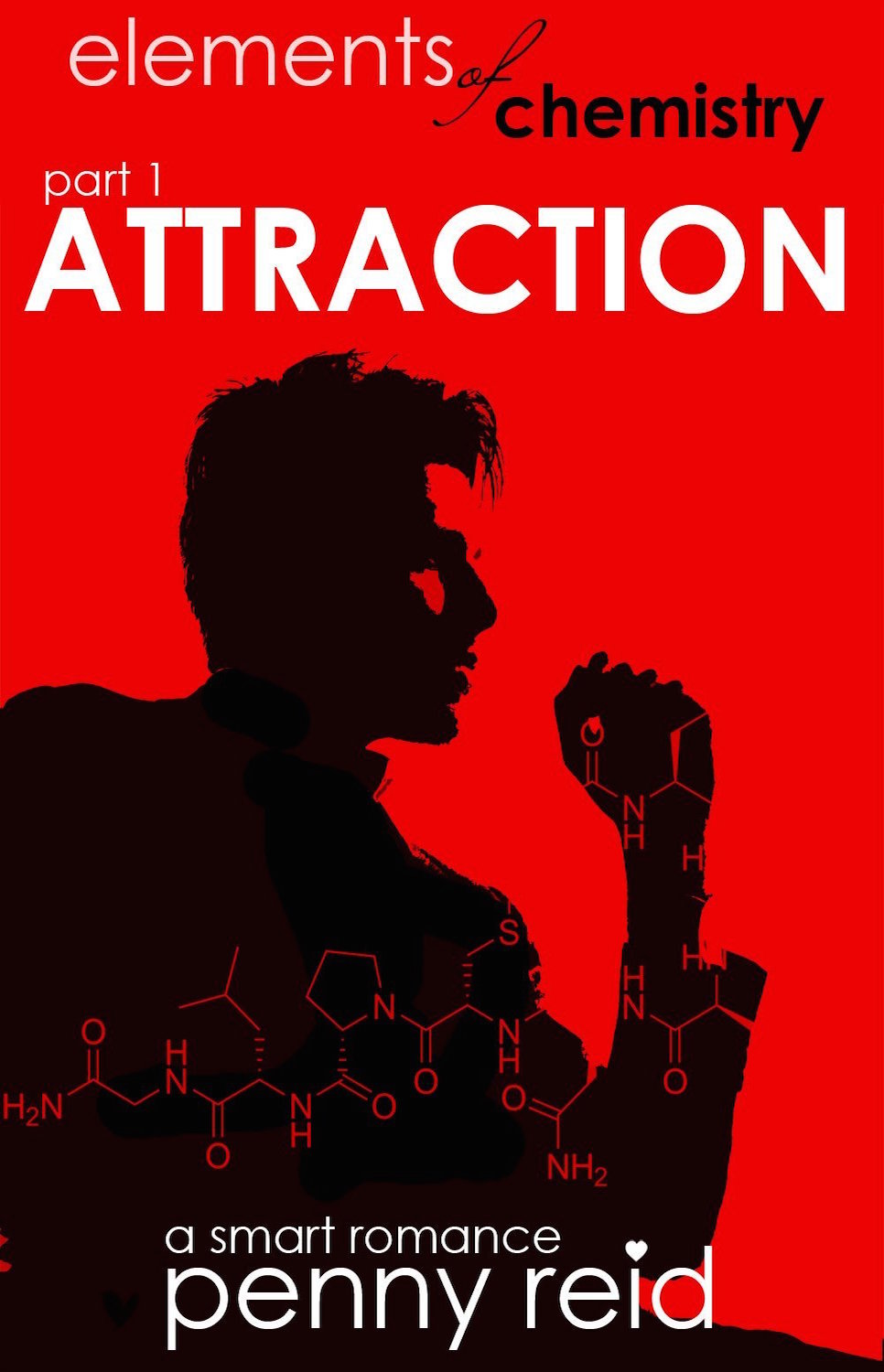 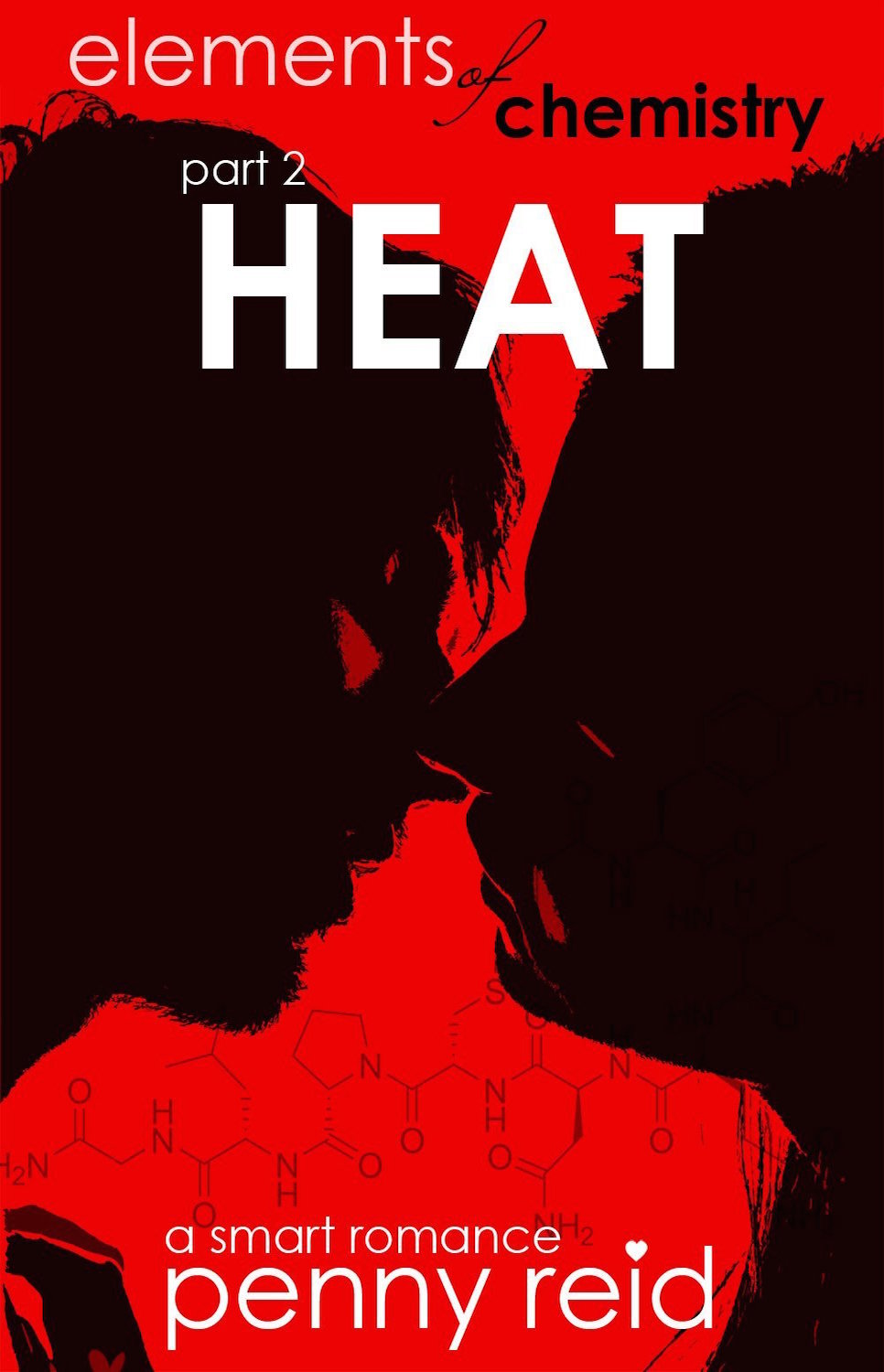 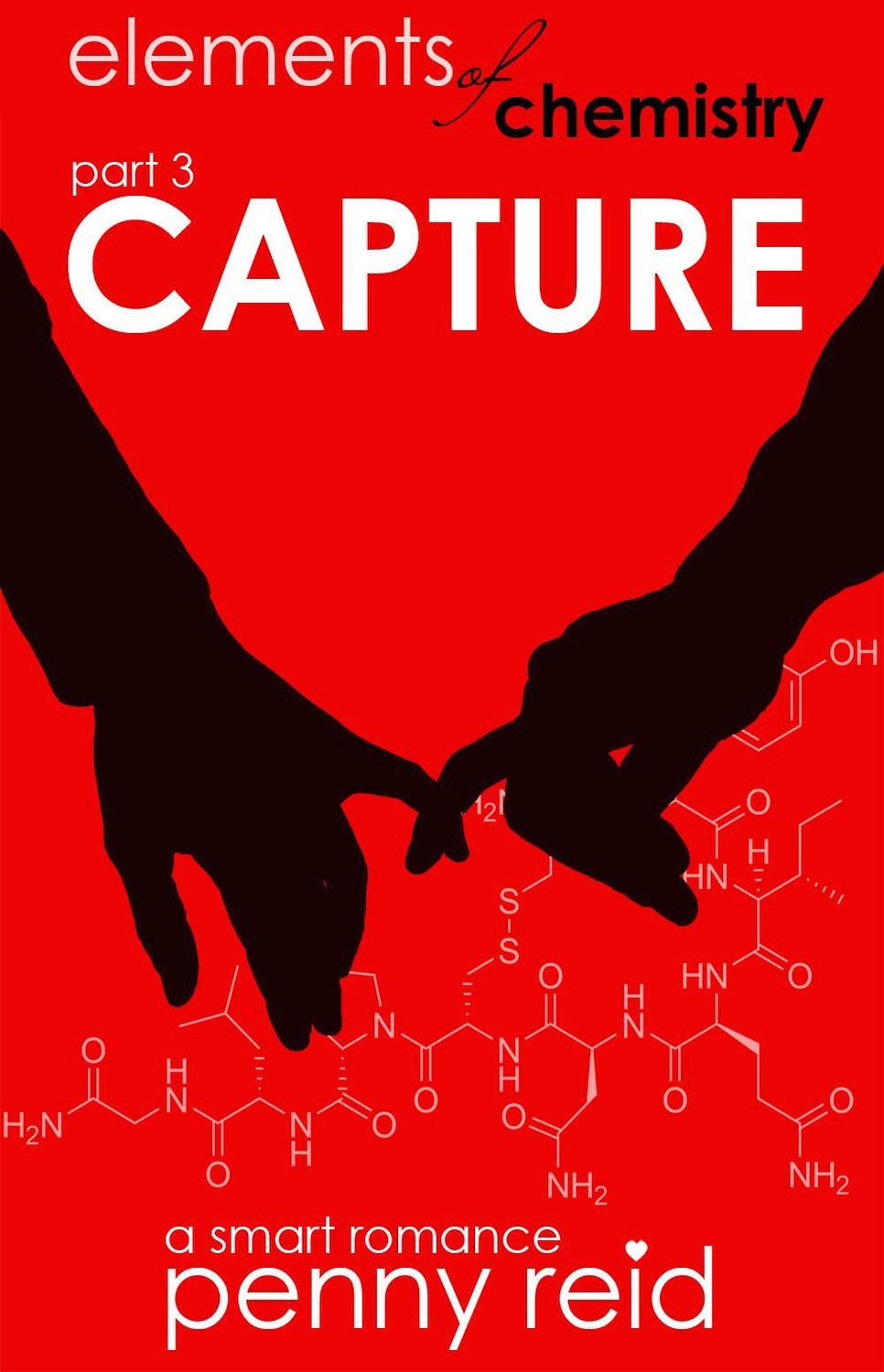