Master distiller, Jake Dyer, is working seven days a week to keep his family-run gin distillery in business. There is no room for anything else in his life, especially not Cassie Cunningham, his childhood friend, and daughter of the owner of the construction company completing the distillery renovation.

When her father has an accident, Cassie has no choice but to leave her high profile New York construction job and return to Denver for six weeks to run his small construction firm in his absence. With her boss threatening to fire her if she doesn’t return, and her father pleading with her to stay, Cassie feels as though the men in her life are taking decisions out of her hands.

All except Jake, who is no longer the gangly-teen she left behind. When friendly reunions turn heated in secret, Jake and Cassie convince themselves that friends-with-benefits sounds like a whole lot of fun.

But as walls go up in the distillery and refuse to come down from around Cassie’s heart, Jake wonders if he and the woman he’s falling in love with will ever add up to anything more.

A steamy new friends-to-lovers romance is out this week from author Scarlett Cole, and I have a delicious sneak peek for you.

“I looked up what the word inertia means. It means something continues in its existing state of rest or uniform motion in a straight line, unless that state is changed by an external force. I’m on a uniform straight line, Cass. And I’ll keep going that way unless something knocks me off it.”

She stepped closer, and his hands released hers to slip around her waist and rest against her lower back. “Does it have to be something? Or could it be someone?”

Jake rubbed his thumbs back and forth over the narrow band of skin between her jeans and T-shirt, but his eyes stayed fixed on hers. “This could get messy.”

Cassie nodded. “It could. But we’re grown-ups, right? You know I’m going home soon, and I know you’re too busy to find something for yourself right now.”

“I know this sounds cheesy but calling it friends with benefits gives us boundaries.” Even as she said it, she wasn’t sure she meant it, yet she needed something to hold on to.

“Fine, friends with benefits. Just never act like this doesn’t mean something.”

She ran her fingers up his arms to his biceps, knowing the next time he put his arms around her, it wouldn’t be a hug of friendship—it would be a hug that would develop into so much more.

“Aren’t you forgetting something?” Jake slid a hand through her hair and held her neck while his thumb stroked her cheek.

“Too many clothes?” she asked.

Jake laughed. “Yeah. Maybe. But there was something else you needed to do, first.”

She wracked her brain trying to come up with what he was looking for.

“What did I say to you on the sofa when we were interrupted by Em? What did I tell you to do, Cass?”

Oh, shit! “You said if I wanted you to kiss me later, I had to find you when everyone had left and ask you.”

“Is there anyone left?”

“And do you still want me to kiss you?”

“I’d say that was pretty self-evident, wouldn’t you?”

Cassie bit her lower lip. “Yes, Jake. I still want you to kiss me.”

“Kidding. Come here,” he replied, pulling her to him.

When his lips hit hers, it was like popping candy going off in her brain. Too many thoughts and sensations and feelings whizzing around. His lips were soft, his tongue sought hers. And his hands were everywhere.

Jake pulled her closer until their bodies were pressed up against one another. He threaded his hand through her hair. The sexual tension between them was so undeniable, Cassie felt as though she might combust. Heat flooded her core, her body preparing for what she hoped followed.

He sucked on her lower lip, teasing her mercilessly with his tongue.

“Fuck,” he groaned against her mouth. “I should have kissed you like this years ago.”

She placed her hands on either side of his face. He looked as dazed by the kiss as she felt. And he’d clearly felt it as much as she had. Seriously endowed proof of that was pressing against her stomach.

“You should have kissed me like that in the bathroom yesterday,” she said.

“You weren’t ready yesterday.” Jake slid his hands beneath her T-shirt, rubbing them up and down her back, a slow and steady rhythm. “Was that the kind of kiss you were looking for tonight?”

“Very much so. And you can do it again if you like.”

“Because I don’t want to go straight from friends to fucking.”

Jake ran a finger down her forehead and she could only imagine it was a lame attempt to ease the confusion that must be written in the wrinkles there. “It took us, on average, thirty years to get to this kiss. Why should it take thirty minutes to go from a kiss to sex?”

“Umm, because you got me all hot and bothered with a single kiss.”

He slid his hand between them and adjusted his dick. “Yeah, I felt it too.”

Cassie couldn’t help but laugh. “Are you teasing me or being serious? I can’t tell.”

“Keeping you on your toes is part of my charm. No, I’m not teasing. Yes, I’m being serious. Will you go out for dinner with me tomorrow night? After you’ve been to see your dad.”

His hands slid around her ribcage and she could barely think straight. “I’d love to.”

Jake’s fingers brushed the underside of her breast gently as he bit his lip. “Good. I’ll pick you up from the spare room at eight.”

“Wait, we aren’t going to sleep together?”

“Keep up, Cass. Yes, we’re going to sleep together. Just not tonight. If I wanted a quick fuck, I could find one. But you aren’t quick fuck material to me. And I know you want to label this, but I don’t want to reduce this to the lowest common denominator of sex that means absolutely nothing when we wake up with each other the next morning. While that kind of sex has its place, it doesn’t belong between us.”

“Well, I already know you know how to take care of that yourself.”

Cassie gasped and pushed at his chest. “Jake. How long were you listening to me that day?”

“Long enough.” He held up his hands in the universal sign of surrender. “I thought I heard something, walked out of the bathroom into the corridor, and heard more.”

She could feel heat rising in her cheeks.

“Don’t be embarrassed. I love the idea you did that. Sexual confidence and agency are hot as fuck.”

“Should have stayed in the bathroom if you wanted to see that.”

Jake stood. “You imagined what?”

Cassie shook her head and stepped out of Jake’s reach. “Nothing.”

“Hang on, let me fill in the blanks for you. You got out of the shower, saw me pretty much naked with a boner, felt this thing going on between us, and went to your bedroom and got off while thinking of me doing exactly the same thing in the shower. Am I right?”

“Can we go back to the kissing part?”

“Yes, fine. I imagined you getting off in the shower.”

Jake grinned and stood, wrapping her in his arms. “Good. Because I imagined what it would be like to back you up against the shower wall, drop to my knees, and kiss and suck my way south of that strip of hair you’ve got going on down there. And I imagined what it would feel like against my tongue to lick the rivulets of water running over those pretty pink nipples of yours. I spent a lot of time thinking about how good it would feel if you sucked my dick. And I came to thoughts of ejaculating all over your breasts which, Cass, if I may say, are pretty fucking spectacular.”

Her breath caught in her throat. Somehow, she’d always thought of Jake as simply being Em’s younger brother. But the person in front of her was a sexually confidant man who had the power to render her speechless.

“Tell me again why we aren’t doing that right now.”

“Let me woo you a little first. It’ll be worth it. Anticipation, stolen touches and kisses. Lots of kisses.” He kissed the top of her head and she snuggled her head against his chest.

“You better bring your A game, Jake.”

“You’ll have to teach me if it isn’t up to your New York standards.”

They stood there for a moment longer, swaying to music that wasn’t playing. It should have felt awkward to hold Jake like this, and it was a million miles away from the way he’d hugged her at the airport the week before.

“Alright,” Jake said, finally. “You had a long day. Let me walk you home.”

Cassie laughed as he led her to the spare room. “Thanks for a . . . wonderfully confusing evening.”

“You’re welcome.” Jake paused at the bedroom door. “So, I’ll pick you up at eight tomorrow?”

“You know we’re going to see each other at breakfast.”

“Good. Oh, and one more thing.” Jake pushed her against the wall, his hands cupping her face as he took her lips.

And God, if she didn’t melt into him like molten metal . . . all heat and fire.

There was nothing soft or gentle. It was a kiss filled with sexual promise. His body held her to the wall, her breasts were crushed to his chest, his erection pressed against her stomach.

Cassie returned the kiss with all she had. Every part of her combusted with need as she wrapped her arms around him, digging her nails into his shoulders.

Jake kissed her once more on the lips, then another where her pulse beat against her neck. He sniffed her hair and groaned.

“Fuck, you smell good. Good night, Cass.” He pushed off the wall and nudged her door open.

Cassie slipped inside, her lips tender, her cheeks raw from his stubble.

He walked away toward his bedroom, those broad shoulders she’d clung to taunting her. 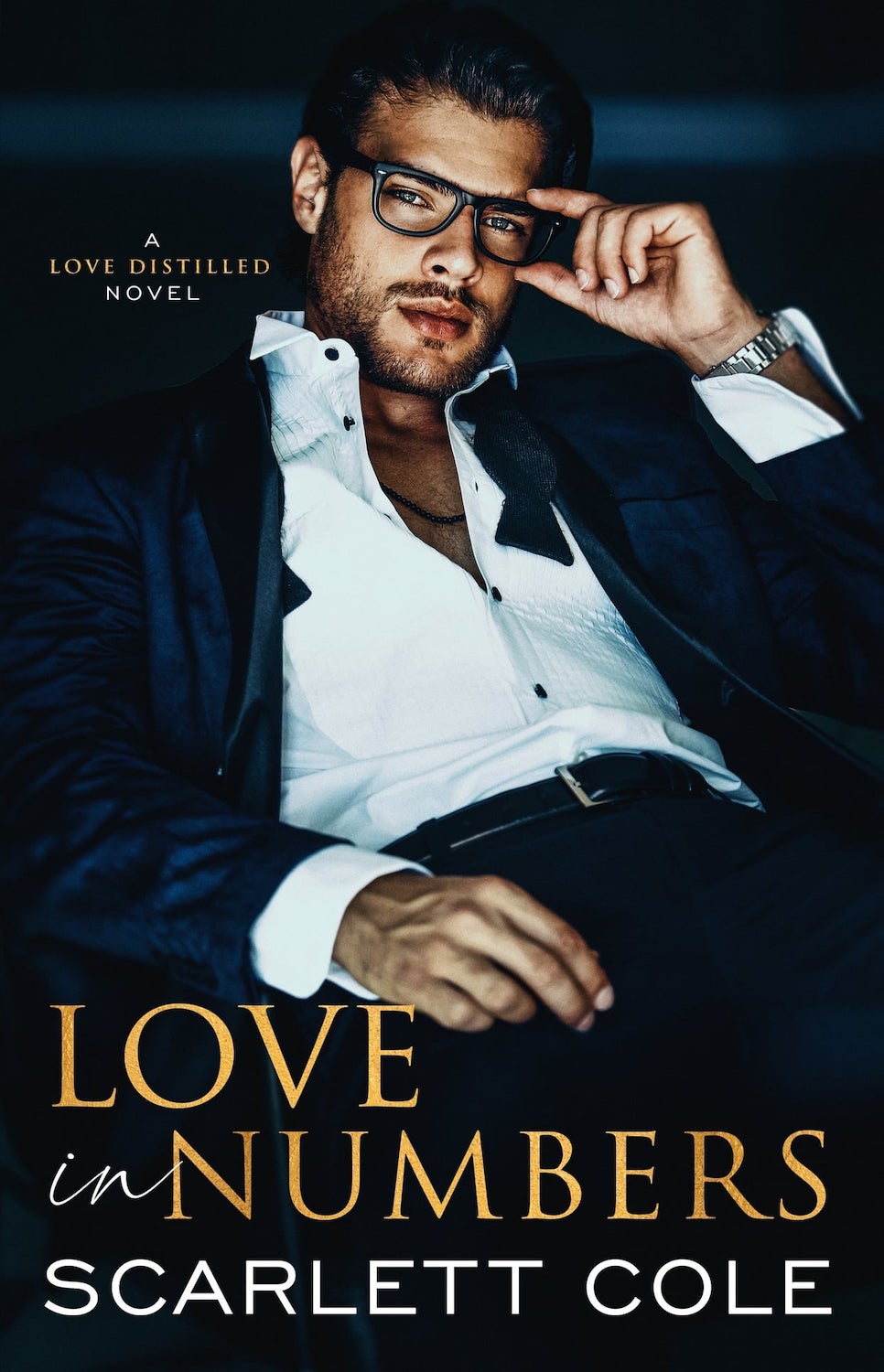 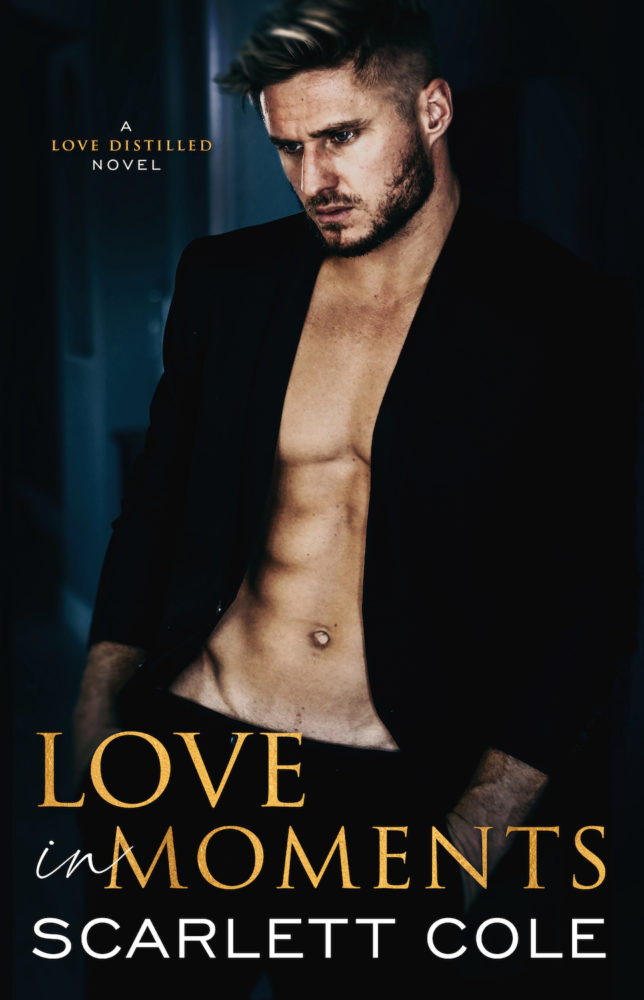 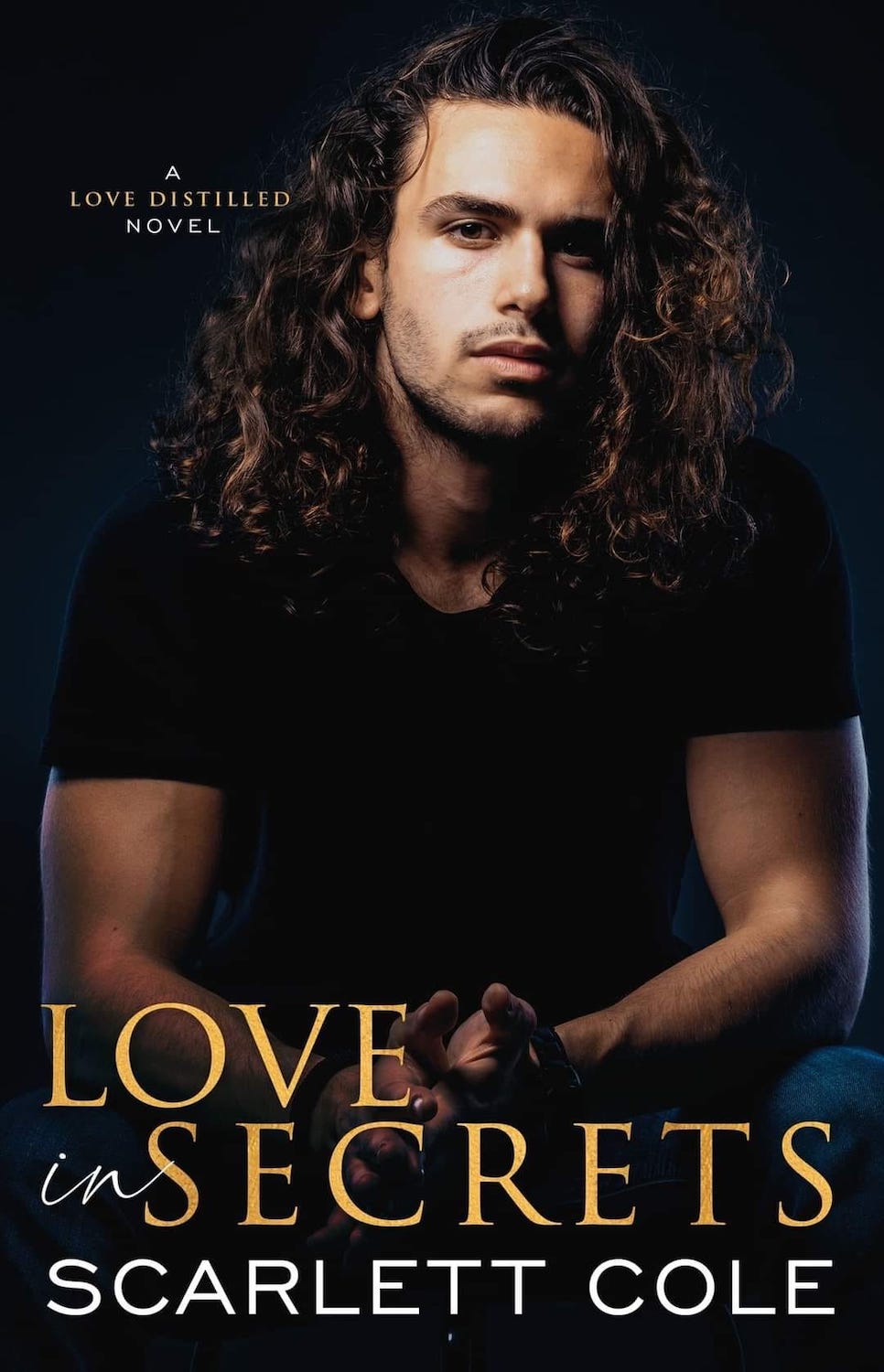