Carina Conte has had a crush on her brother Michael’s best friend, Max Gray, since she was a teenager. Now she’s earned her MBA and come to work at Michael’s new venture, America’s fastest-growing bakery empire. But some things never change: her family still treats her like a child. With three drop-dead gorgeous siblings, she’s still the ugly duckling of the bunch. And Max, the company’s new CEO, still barely notices her.

Max knows Carina Conte is strictly off limits. But hot-blooded lust wins out at a conference when the two share a scorching one-night stand – and are busted by her mother! Now, forced by old-world Italian tradition into a marriage he’s not ready for, Max is miserable – and Carina is furious.

“I am the big bad wolf, sweetheart. Now get your ass up to your room.”

Reading Jennifer Probst’s books makes me feel like I am on some tropical island, laying in the sun, a sexy cabana boy on call and a cocktail in hand. I feel a little naughty from the pleasure it gives me, but I’m grinning from ear to ear from the sheer indulgence of it all. There is something in these books, perhaps the idea of a marriage of convenience turning into true love that just ‘speaks’ to the hopeless dreamer in me. I want to escape into her books, lose myself in the delicious scenarios she creates for us and never set foot into the real world again.

This is Max and Carina’s story. We met them in The Marriage Trap where we first noticed young Carina’s infatuation with her brother’s best friend. Three years later, Carina has completed her MBA and she is ready to get involved in the family business. Max is asked to show her the ropes, a task he considers on par with baby-sitting, but what he does not realise is that Carina is no longer a besotted self-conscious little girl who used to pine after him – he finds himself in front of a hot-blooded vixen, with a killer body and personality to match.

Carina has been in love with Max all her life. The quiet but sensitive young girl that she once was used to spend her days daydreaming of her brother’s friend, watching him going through one love interest after another, constantly hoping he would pick her one day. But that day never came and the last time she saw him he had openly demonstrated he had no interest in her by choosing a random woman at a party over her. That day Carina said goodbye to her childhood crush on a man she could never have.

“… she offered his companion the second glass. He jerked back as if realizing the symbol of her gesture. Carina looked up and memorized his beloved face for the last time. She left him in the garden with the woman and didn’t look back. She surrendered more than the love of her life. She gave up her old dreams and left her old life behind.”

Now she is back in his life and she is ready to “exorcise the ghost of Maximus Gray”. But Max is not willing to let her do that this time. Their attraction is flaming hot, every look, every touch leaving their skin tingling and the reader fanning themselves – they fight the draw between them with excuses of age difference and life-long friendships, but their bodies betray them at every turn. Eventually, they agree on indulging themselves with one night of passion to take the itch away, hoping they would be ‘cured’ in the morning.

“I deserve one night of great sex, Max. Would you deny me that? Would you deny what you give to yourself? I’m not a perfect china doll placed on a shelf to be played with in careful moments. I’m flesh and blood and I want messiness and passion and orgasms.”

Their one-night-stand proves to be a life changing experience for both of them. The connection between them is not just flesh-deep but neither of them is ready to admit that just yet. At this point, fate butts in in the form of mama Conte who discovers their indiscretion the following morning and convinces them that the only way to save their families from embarrassment and humiliation is by marrying each other. What might appear as an old-fashioned blessing in disguise is nothing more than a curse for Carina – getting the man of her dreams by twisting his arm into marrying her out of obligation rather than undying love is the last thing her heart craves.

“Where the f*ck is my happily-ever-after, Max? I dreamed of a real proposal, with a man on bent knee and vows he actually meant. You know what I got? Good intentions, responsibility, and a few orgasms.”

Carina’s journey is one of finding her true passions in life, voicing what she wants and does not want. In this story, we witness a vibrant young woman willing to sacrifice everything she was raised to think was right for her in order to find out what would truly make her happy. Her courage to cut the ties that bind her and finding strength within her was inspiring, showing us that one needs to be strong on their own before they can be strong with someone else. She is a fierce heroine, one that likes to submit to her lover in the bedroom but firmly holds the reins of the relationship together with her partner.

“I’m finally claiming what I’ve wanted for a long time. A man who makes me explode with pleasure and can take me places I crave to go. A man to hold me and give me orgasms and share the night with.”

Max is just as complex as Carina is – he is a man torn between loyalty and his irrepressible pull towards Carina. While she has always seen him as the personification of all her desires, Max needs to readjust his perception of her. He fights a battle inside his head, wanting to keep the role of protector and friend to her, while realising at the same time that this woman is also his soul-mate. Carina is the first woman in his life that makes him crave to be a better man for her.

A story of people being each other’s constants in life, of childhood dreams becoming reality, of lovers reaching into each other’s souls and giving life to every dream, every hidden desire buried in there. This is possibly a new favourite of mine in the Marriage to a Billionaire series, having allowed Carina and Max to get under my skin and desperately ached for their happy ending. Ms Probst never lets me down, she feeds the romance junkie in me and she always leaves me satisfied. As fairy-tale-like as her stories might be, we all need an escapist safety haven for our dreams to go wild and that is the world that she builds for us so finger-lickingly well. Every. Single. Time. 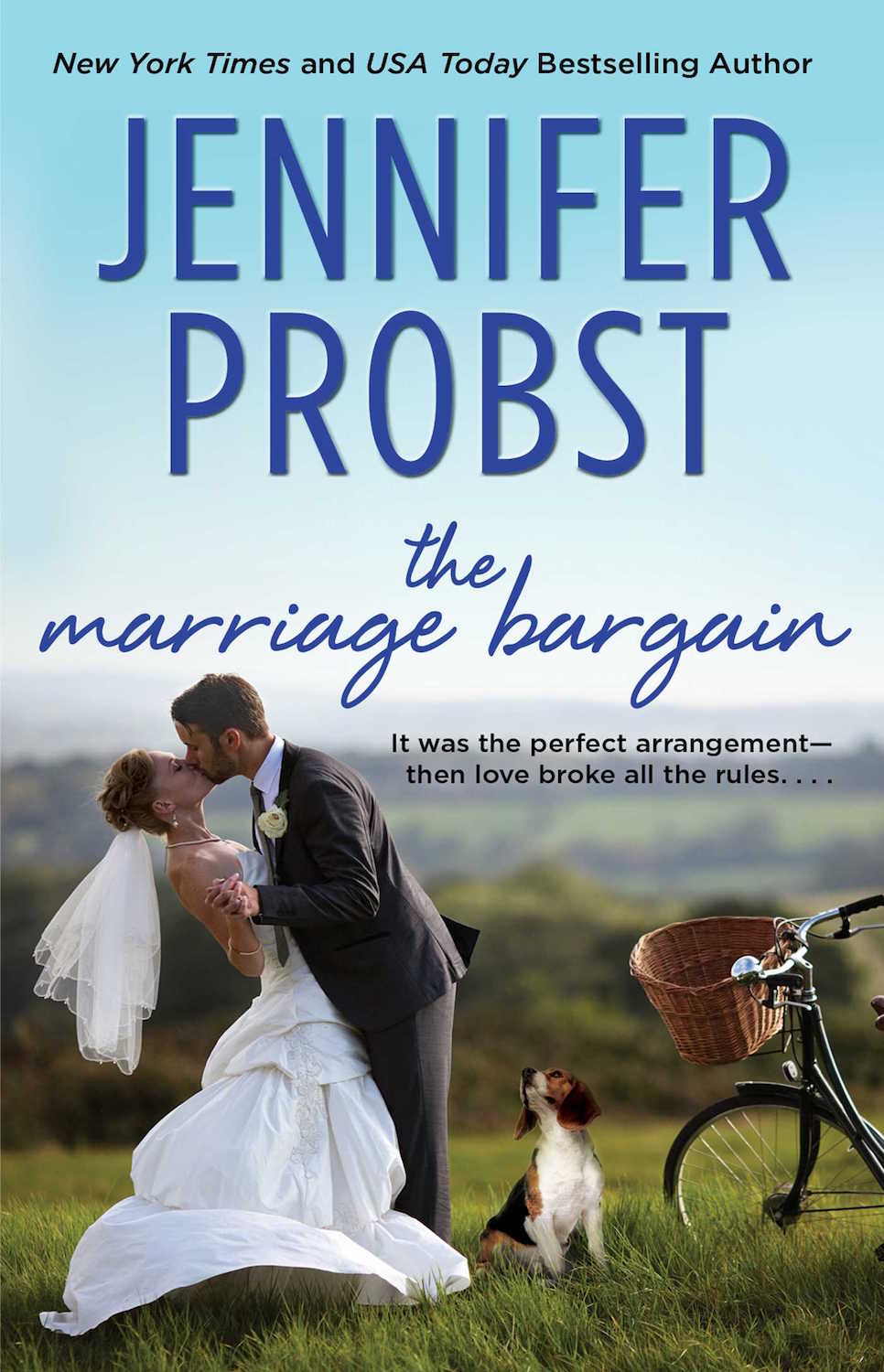 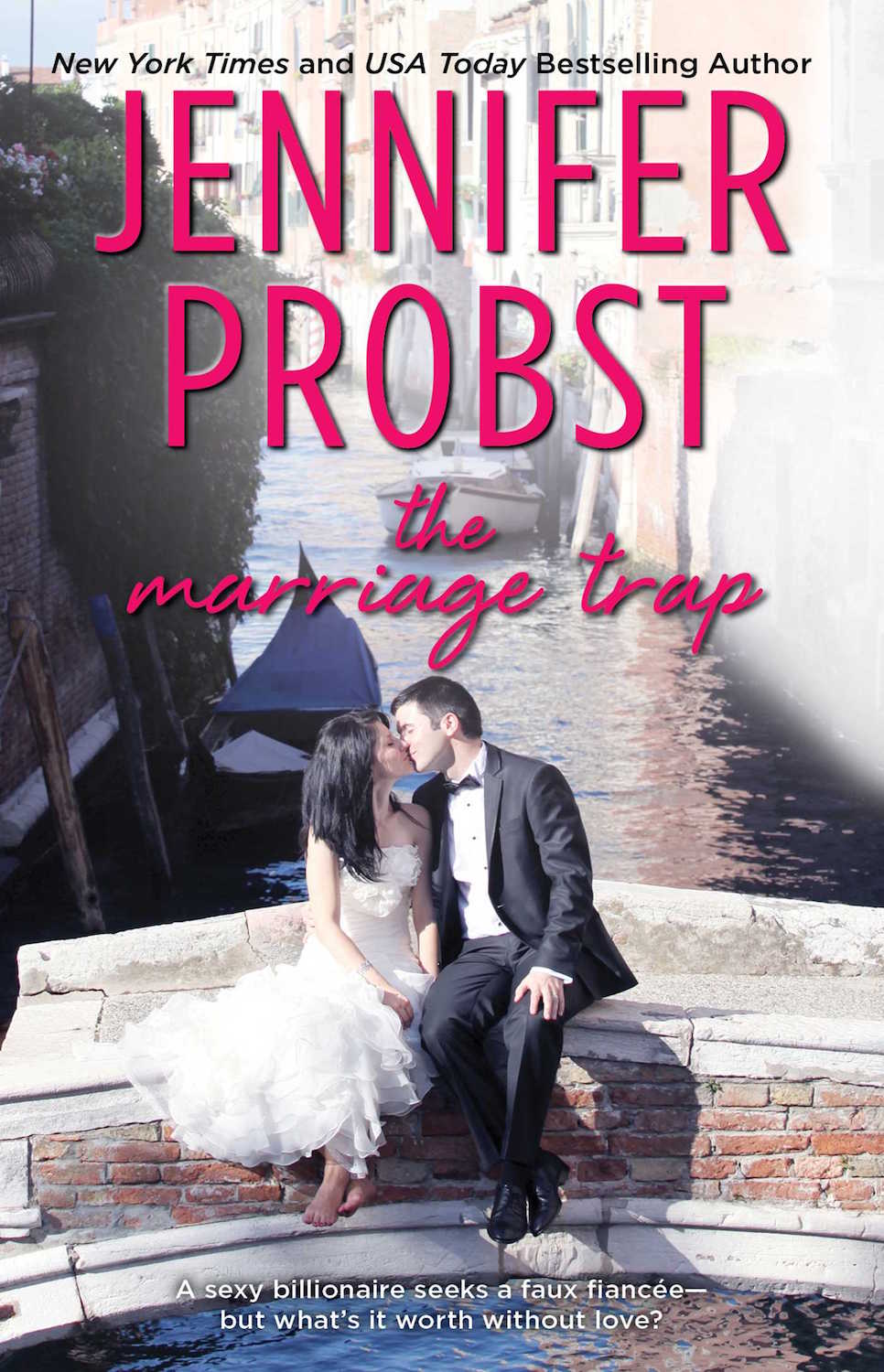 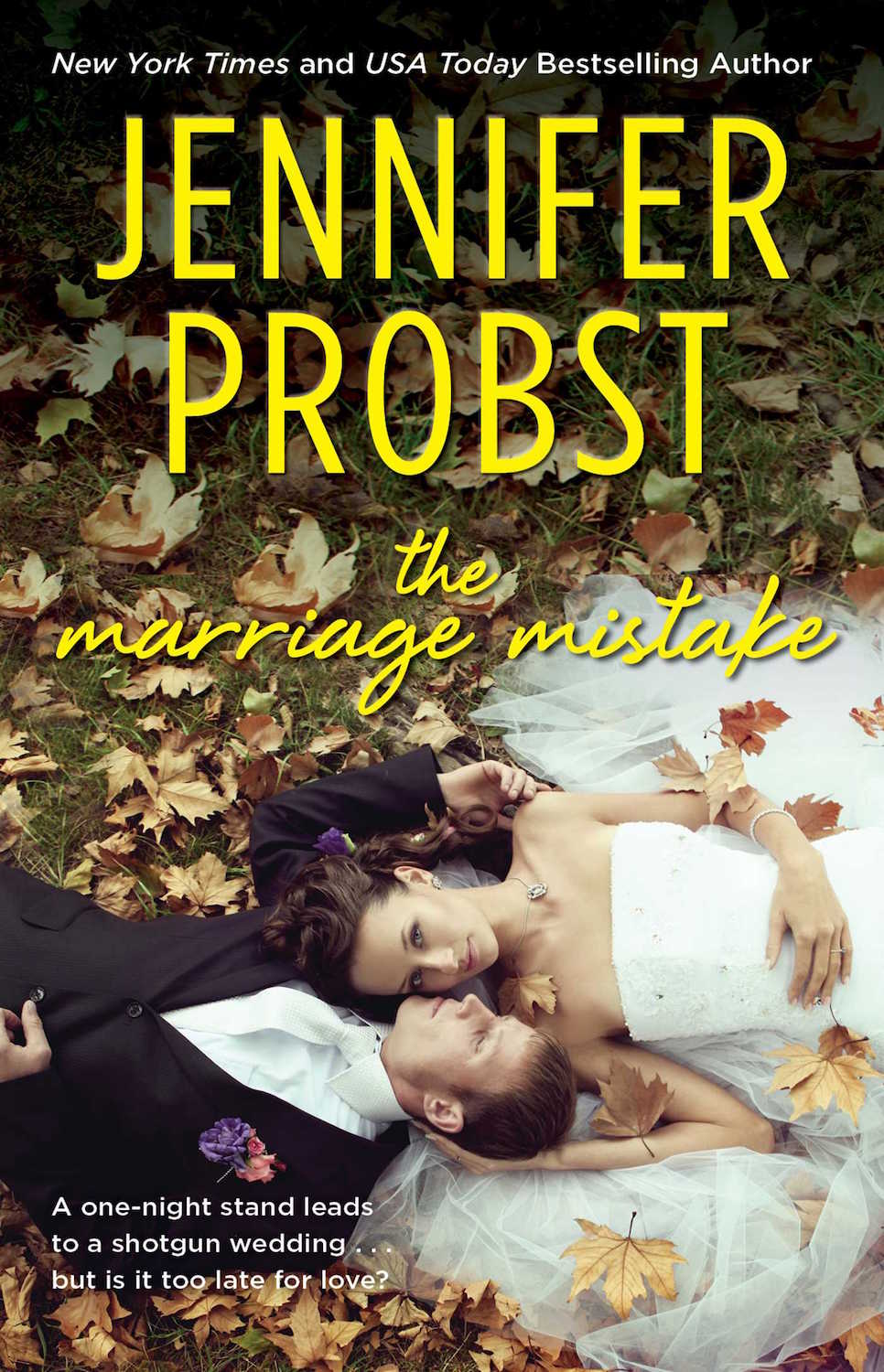 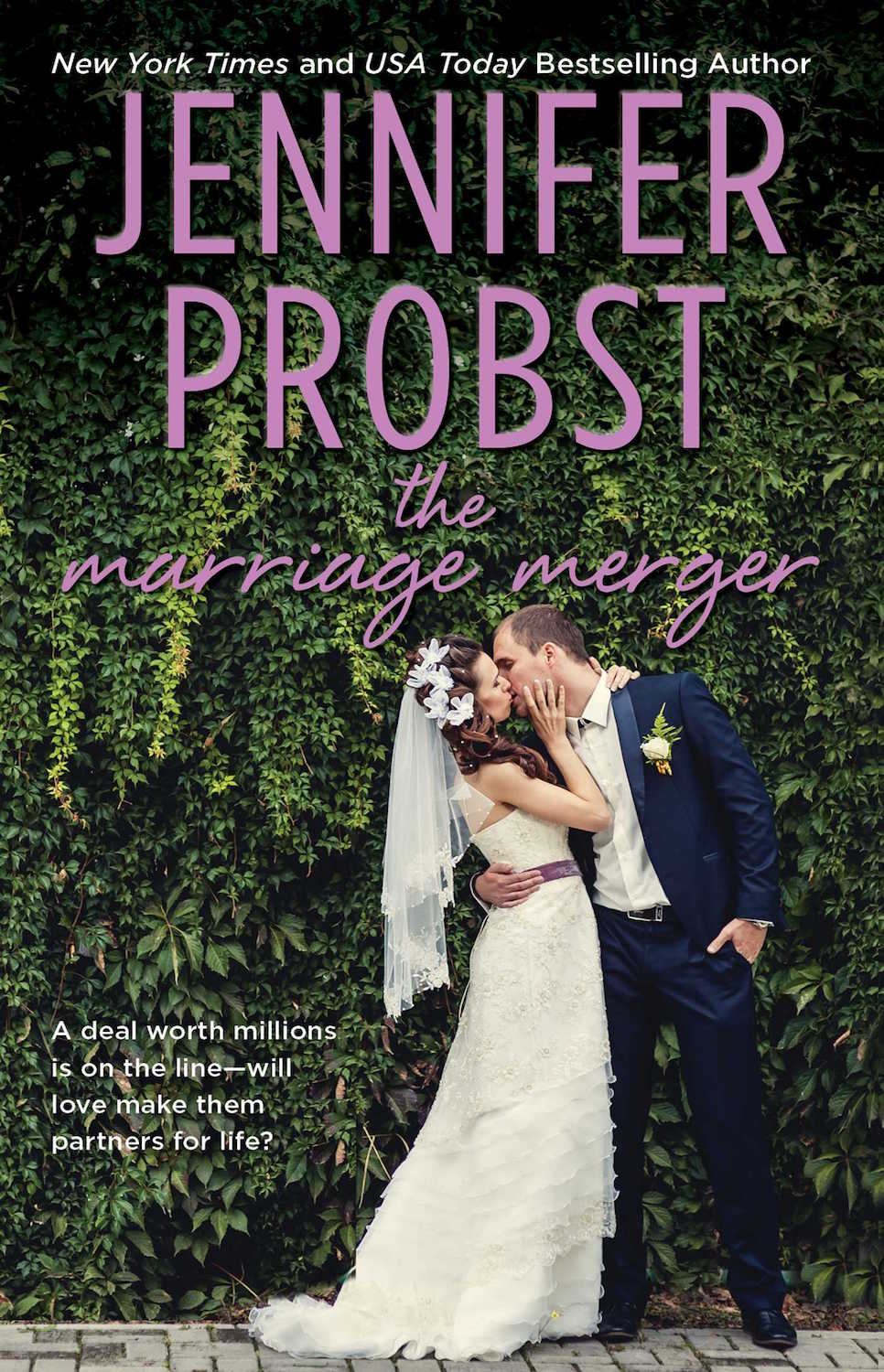