Fiercely independent Camille “Cami” Camlin gladly moved on from her childhood before it was over. She has held down a job since before she could drive, and moved into her own apartment after her freshman year of college. Now tending bar at The Red Door, Cami doesn’t have time for much else besides work and classes, until a trip to see her boyfriend is cancelled, leaving her with a first weekend off in almost a year.

Trenton Maddox was the king of Eastern State University, dating co-eds before he even graduated high school. His friends wanted to be him, and women wanted to tame him, but after a tragic accident turned his world upside down, Trenton leaves campus to come to grips with the crushing guilt.

Eighteen months later, Trenton is living at home with his widower father, and works full-time at a local tattoo parlor to help with the bills. Just when he thinks his life is returning to normal, he notices Cami sitting alone at a table at The Red.

As the baby sister of four rowdy brothers, Cami believes she’ll have no problem keeping her new friendship with Trenton Maddox strictly platonic. But when a Maddox boy falls in love, he loves forever—even if she is the only reason their already broken family could fall apart.

In the first installment of the Maddox Brothers books, readers can experience the rush of reading Beautiful Disaster for the first time, all over again.

“I’ve had a lifetime of wrong. You’re the only thing that’s right.”

I should probably start this review with a small confession—I was not a Beautiful Disaster groupie when everyone was proclaiming their undying love for Travis “Mad Dog” Maddox and naming their daughters Abby. Not because I did not like it, but simply because I never read it when it was first released, and thus never embraced the craze. As curiosity got the better of me and I finally decided to dive in, while I appreciated why this story was loved so desperately by so many readers out there, I think I was too old to swoon over nineteen-year-old bad boys and obsessive first loves. But I totally got it. I got why this story, this tumultuous type of relationship, appealed to such a wide and varied audience, and how it earned such a loyal cult following by providing the reader with the type of escapism that reminds us all of our first loves, of how impetuous our young hearts once were, and of how crazy and hot-headed that first rush of hormones truly made us. This book, once more, is a reminder of it all, albeit on a more subdued level, but still succeeding in re-awakening the memory of those troublesome years when we were finding ourselves, our place in the world around us, and navigating through life on our own for the very first time, regularly losing ourselves in the oblivion of it all. And all the while adamantly believing that every feeling, every emotion, every mind-blowing ‘first’ was the sum of all we would ever get to experience in life.

“No one has ever wanted someone as much as I want you.”

As we return to the delicious world of the Maddox brothers and the young women who steal their hearts at last, we finally get to know Trenton “Trent” Maddox, Travis’ elder brother and the son their widowed father depends on the most. A bad boy of sorts just like his younger brother, Trent’s heavily tattooed façade and hot temper give the impression of walking through life without feeling deeply or becoming emotionally attached to anyone, but nothing could be further from the truth. Beneath this defiant mask hides a sensitive and heartbroken young man whose fear of experiencing loss again, coupled with never having faced his past traumas, have made him a brewing pit of anger and irritability. But just like every fire has a source, every yin has its yang, and Trent’s ‘antidote’ comes in the form of a brown-haired pixie with curves in all the right places and an outspoken personality to match.

“It’s a small town. You shouldn’t have burned all of your bridges.”
“There’s a few I haven’t lit a fire under. Yet.”

Camille “Cami” Camlin is the girl next door, the oldest child and only girl in a family of all boys, a young woman whose confidence does not stem from the effect she has on the opposite sex, but rather from her self-awareness and determination to be independent in life. And unlike most females of her age, she has remained impervious to the Maddox charm while growing up, and even more so in her early twenties as she has watched them add notch after notch to their headboards. Trent and Cami have known each other all their lives, but were never friends as such. His reputation has always preceded him and thus made him an unwelcome dating candidate in her eyes.

“I’d seen him flirt, seduce, and evade since we were kids. There was absolutely no trick Trenton Maddox could play that I wouldn’t be ready for.”

However, when a Maddox sets his mind on something, he is not to be easily persuaded to change it, and once he enters Cami’s life, Trent is there to stay. Ignoring all her insistent attempts to drive him away and discourage his efforts, he makes himself at home in her daily life, becoming a friend she didn’t know she needed, loyal and protective, all the while not making it secret that he wishes for more. Or that not even Cami’s long distance relationship with a boyfriend she rarely sees would deter him from pursuing her.

“I was just thinking now was as good a time as any to acknowledge that you’re perfect and it wouldn’t suck if you fell madly in love with me anytime soon.”
“I have a boyfriend.”
“Speed bump.”

The more time they spend with one another, and the more he treats her as if the world revolved around her, the more she starts questioning everything else in her life and facing it all one by one. Trent represents the mess, impulsiveness and uncertainty her past has taught her to fear and avoid at all costs, but he is also the mirror of many qualities she has always wished to eradicate in herself, and the more she allows herself to accept him as he is and all that he embodies, the more she starts accepting those traits in herself, no longer perceiving them as flaws. On the other hand, Cami is a grounding force for Trent’s volatile Maddox gene, his desire to make her love him making him want to be the type of man to deserve her affections. They are opposites in so many ways, and yet when they are together, those differences are what makes them so perfect for one another.

This is in essence a story of two people becoming each other’s passage into adulthood by giving one another the courage to grow up and face their fears. It’s a story that held me enthralled from the very beginning, happy as a clam to indulge in the simplicity of the fantasy of a ‘bad boy’ falling for the ‘good girl’, of a boy pursuing a girl relentlessly, shamelessly and with all his might. I did feel throughout the entire story, however, like I was missing a vital clue, a key of sorts to unlock the motivation behind the heroine’s actions, and I have to admit that until the very last page, she was a paradox to me. But then everything came together all of a sudden, the puzzle pieces all magically falling into place and I found myself speechless, frantically cataloguing the clues we were given unsuspectingly, and finally understanding her character. A few gaps in the story still left me wishing they had been explored and capitalised on more to make it an even more cohesive and emotionally richer storyline, especially references to past events that clearly affected the characters in a way that they now needed to overcome them. But I am hoping that subsequent instalments in this brand new series will fill those gaps and that as we got a new glimpse into Travis and Abby’s story, we will get a similar one into Trent and Cami’s as well.

This book is an absolute treat for the Beautiful Disaster fans out there, old and new, and one cannot help but fall in love with yet another Maddox brother. It left me greedy for more and with a sudden interest in getting “cashmere comfortable”.

(a spin-off from the Beautiful Disaster series) 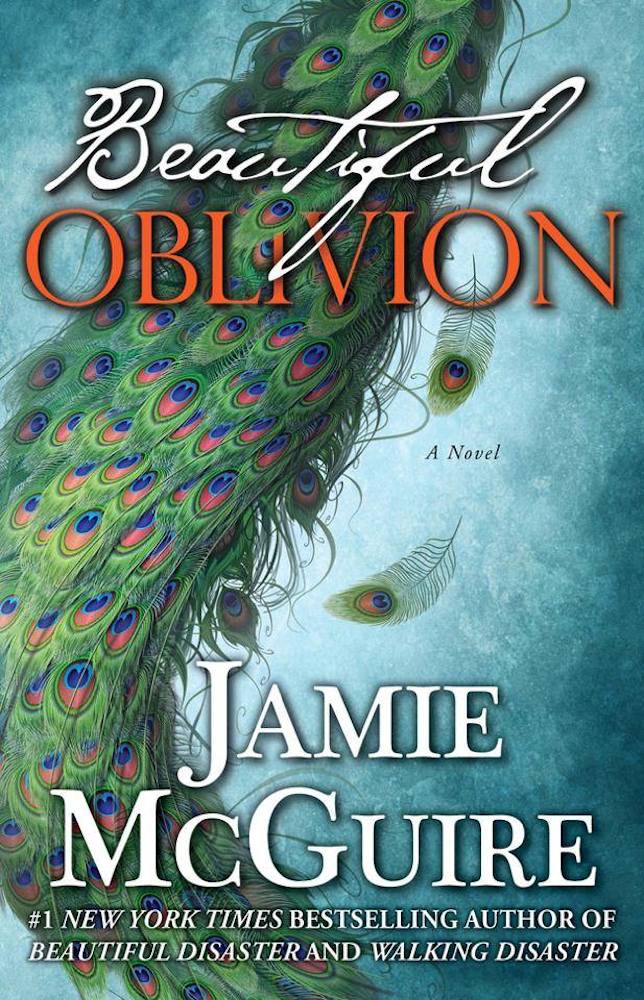 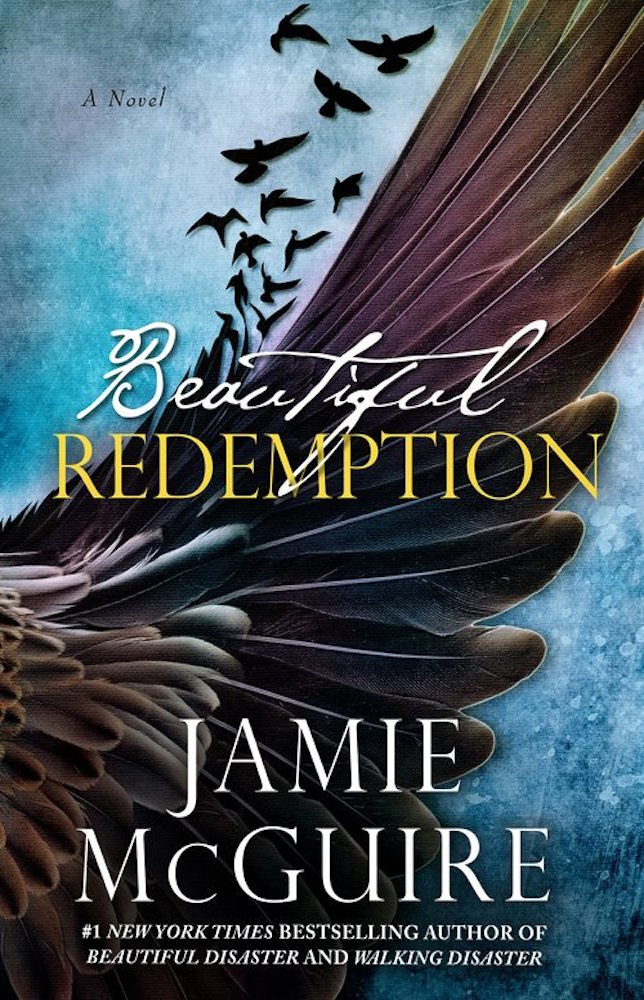 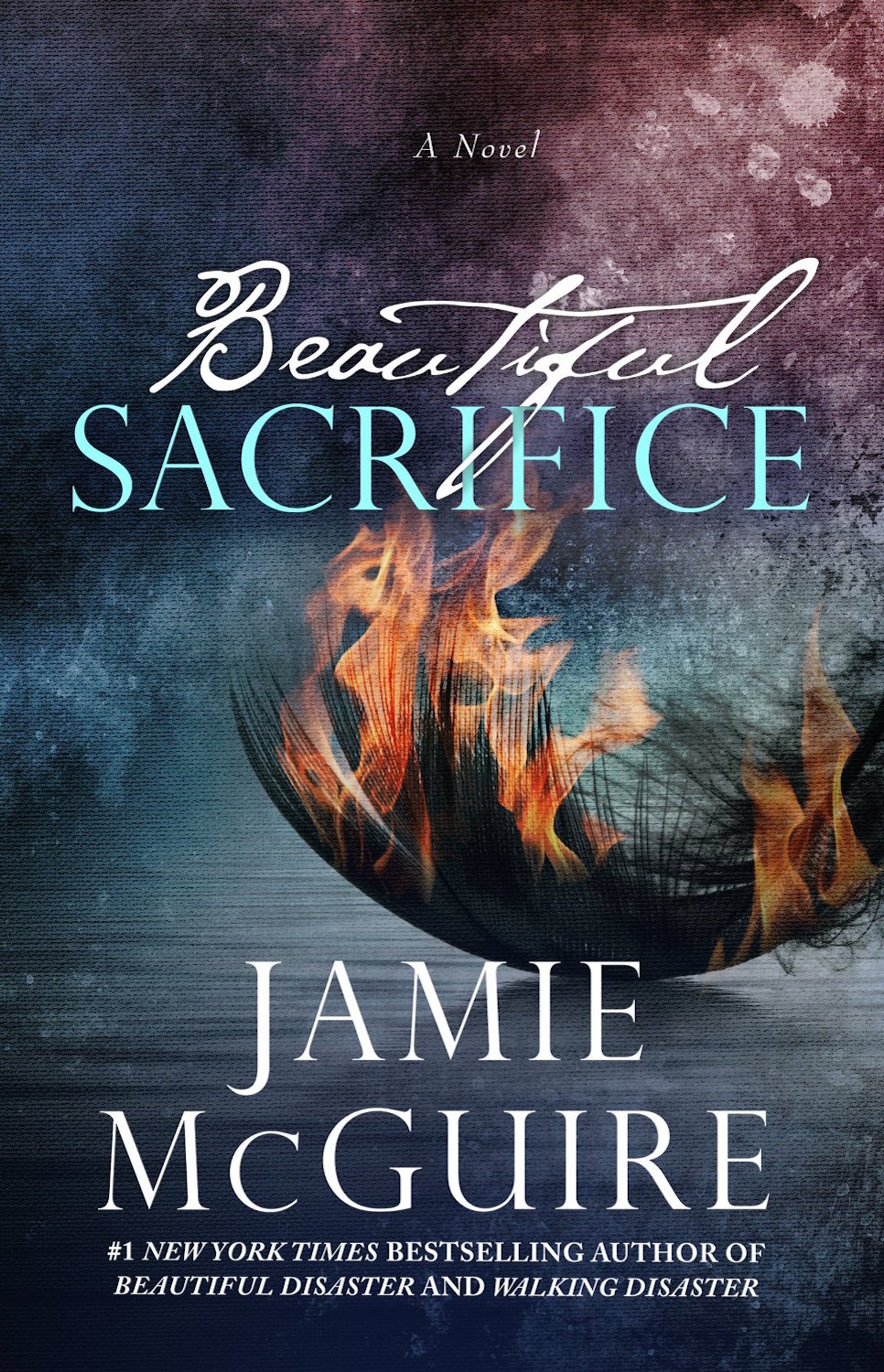 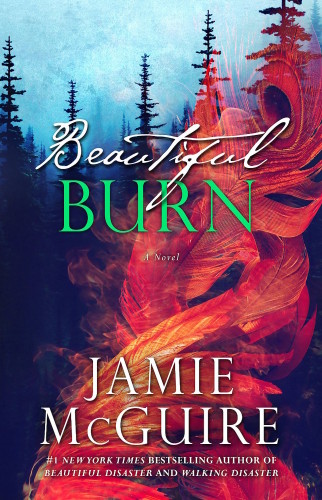 AHHHHHHH!!!! YOu have me more excited than I already was for this book!!!

I realy hope we get an early release of this!

I read this and I agree with you about some character development and the ending surprise was a little weird. I had to reread it several times cause I didn’t get it. Wished they’d have explained it all better instead of it being a bit of a shocker. Maybe an epilogue or something.

Despite that I did enjoy it and I love the Maddox brothers. Bring on the twins!!:}

Might go back and reread Beautiful Disaster since the time lines overlap.