They don’t play for the same team. Or do they?

Jamie Canning has never been able to figure out how he lost his closest friend. Four years ago, his tattooed, wise-cracking, rule-breaking roommate cut him off without an explanation. So what if things got a little weird on the last night of hockey camp the summer they were eighteen? It was just a little drunken foolishness. Nobody died.

Ryan Wesley’s biggest regret is coaxing his very straight friend into a bet that pushed the boundaries of their relationship. Now, with their college teams set to face off at the national championship, he’ll finally get a chance to apologize. But all it takes is one look at his longtime crush, and the ache is stronger than ever.

Jamie has waited a long time for answers, but walks away with only more questions—can one night of sex ruin a friendship? If not, how about six more weeks of it? When Wesley turns up to coach alongside Jamie for one more hot summer at camp, Jamie has a few things to discover about his old friend…and a big one to learn about himself.

“Jamie Canning was my first crush and my first love. But he was never mine to have.”

Be still, my beating heart… It doesn’t happen every day that two authors you love decide to write a book together, so this collaboration had me bouncing off the walls from the moment I got word of it, but this story, this sexy, fun, enchanting story was all I hoped it would be, and so much more. A wonderful testament of both these authors’ extraordinary talents, this is a story that pulled me in from the very first page, the flawless prose as captivating as the charismatic characters in it, but it was its heart-warming quality and the sheer emotion driving this love story forward, not to mention the blazing chemistry between the two leading men, that owned me cover to cover.

“I have the same damn weakness I’ve always had… My weakness is HIM.”

Former best friends, fellow hockey prodigies, Wes and Jamie used to spend every summer together at hockey camp, until a naughty little bet blurred the lines of their friendship, resulting in four years of silence between them. Now in their early twenties, both of them hockey stars in their own right, they unexpectedly find themselves in the same place at the same time, and memories of some of the happiest moments in their young lives start flooding back, every single one of them tied to those summer camps spent as best friends. But only one of them really knows why their friendship ended so suddenly.

“How do you apologize to someone for cutting them out of your life without so much as an explanation?”

As the star player of his college team and with an NHL contract already in the bag, Ryan “Wes” Wesley’s future could not be any brighter, his only regret in life being the loss of his best friend, the only man he’s ever loved, the very reason he was eventually forced to face the truth about his sexuality. His love life now being nothing more than a string of commitment-free hook-ups, Wes enjoys his freedom and ability to focus solely on his hockey career, but seeing his former best friend again stirs up in him feelings he thought were long gone, feelings he’s always known would forever remain unrequited. And memories of a time when those weeks spent together each summer were all he would look forward to all year long.

“My life has been chaotic for as long as I can remember, and I always dealt with it alone. My parents’ criticism, my confusion over my sexuality. But for six weeks every summer, I didn’t have to be alone. I had Jamie, my best friend, my rock.”

Jamie Canning never understood why he had lost his best friend from one day to another, always suspecting that their last wager might have affected them differently, but never accepting in his heart that one night of drunken stupidity could have ended a six-year friendship. So when Wes unexpectedly makes contact with him again, Jamie’s heart offers no resistance, eager to have his friend back and desperate for answers.

“Life is just a little brighter, a little louder wherever Wes is.”

One last summer before their professional careers take off, one last summer camp as roommates, six weeks to relive old memories and make new ones together—Wes and Jamie might be hoping to rekindle an old friendship, but they end up uncovering much deeper feelings for one another, feelings that would change the course of their futures forever. As they explore each other’s bodies and their own hearts in the process, we watch two young men come to terms with a reality that neither of them ever thought possible, their desire for each other only eclipsed by their unwavering determination to put their friendship first. We watch a young man being finally able to express all he’s ever felt for his best friend after a decade of secretly longing for him, and another young man facing a side of himself he never knew was there, a side that equally confuses and excites him, but also a side of himself he refuses to deny—both their journeys being equally compelling and believable.

“Was I hiding something from myself? Or was there nothing to suppress?”

A love story that hooks you in with its simplicity and honesty, I fell in love with every moment of it. It’s a story of two friends becoming lovers, of two men falling for one another and being willing to change their lives in order to put each other first. It is not a story about the struggles of being gay, about coming out to the world or one’s battle with their own sexuality—the focus of the story remains on the irrevocable bond and the sexual attraction between these two men, and the courage it takes to put love first. The perfect blend of sweet and sexy, this tender romance was such a delightful read!

“Loved you every summer since I was thirteen years old. Love you even more now.”

Boston’s skyline comes into view from my bus window well before I’m ready.

It’s a mere ninety minutes from Northern Mass to TD Garden. And I’m from Boston. The Frozen Four is always played at a neutral rink, but if anyone has a home ice advantage this year, it’s me. Playing in the Bruins’ arena is my childhood fantasy come to life.

Apparently it’s my jackwad of a father’s fantasy, too. Not only is he pumped up to invite all his asshole colleagues to my game, he can look like a hero on the cheap. He only has to spring for a limo, not a charter flight.

“You know what I like best about this plan?” Cassel asks from the seat next to me as he flips through the itinerary that our team manager passed out.

“That this event is like the puck bunny world headquarters?”

He snorts. “Okay, sure. But I was just going to say that they’re putting us up at a nice hotel, not some sleazepit off the interstate.”

“True.” Although the hotel, whatever it is, won’t be nearly as grand as my family’s Beacon Hill mansion a few miles away. I’d never say that, though. I’m not a snob, because I know that opulence doesn’t stamp out ignorance and unhappiness. Just ask my family.

We spend the next half hour snarled in traffic, because that’s just how it is in Boston. So it’s almost five o’clock by the time we’re finally unloading the bus.

“The gear stays!” our student manager shouts. “Take only your luggage!”

“We don’t have to schlep our gear?” Cassel yelps. “Baby, I’ve arrived. Get used to this treatment, Wes.” He elbows me. “Next year in Toronto, you’ll probably have a personal assistant to carry your stick around for you.”

It feels superstitious to talk about my NHL contract before the Frozen Four. So I change the subject. “That’s awesome, dude. I love it when another guy holds my stick.”

“Teed that one up for you, didn’t I?” he asks as we grab our duffels off the sidewalk where the red-faced driver has tossed them.

“Sure did.” I let Cassel enter the revolving door first just so I can grab the door by its handle, holding it with a tight lunge and trapping him inside.

Stuck now, Cassel twists around to give me the finger. When I don’t let go, he turns away and reaches for his belt buckle, setting up to moon me and whatever slice of Boston happens to be walking past the hotel on a windy April Friday.

I let up on the door and give it a shove, smacking him in the not-yet-bare ass.

Then we’re in the shiny lobby. “How does the bar look?” I ask.

We find an out-of-the-way place to stand while we wait for the team manager to sort out the hotel rooms. But it’s going to be a while. The lobby is busy and getting busier. Our end of the room has a distinctly green-and-white color scheme, with our Northern Mass jackets everywhere.

But on the other end of the room another color catches my eye. It’s orange. Specifically the orange and black of another team’s jackets. They’re filing through the same doors we just entered, shoving each other and generally acting like testosterone hounds. It’s all very familiar.

And then the room tilts a little as my gaze locks onto a sandy blond head. I only need the oblique view I’ve got to recognize the shape of his smile.

F*ck me. Jamie Canning is staying at this hotel.

My entire body tenses as I wait for him to turn his head. To look right at me. But he doesn’t. He’s too engrossed in conversation with one of his teammates, laughing at something the guy has just said.

He used to laugh with me that way. I haven’t forgotten the sound of Jamie’s laughter. Deep and husky, melodic in a carefree kind of way. Nothing ever kept Jamie Canning down. He was the epitome of go-with-the-flow, probably because of his laidback California upbringing.

I hadn’t realized just how much I’ve missed him until this very moment.

Go talk to him.

The voice in my head is persistent, but I silence it by wrenching my gaze off Canning. With the colossal amount of guilt lodged in my chest, it’s now become even more evident that I need to apologize to my old friend.

But right this second I’m not ready. 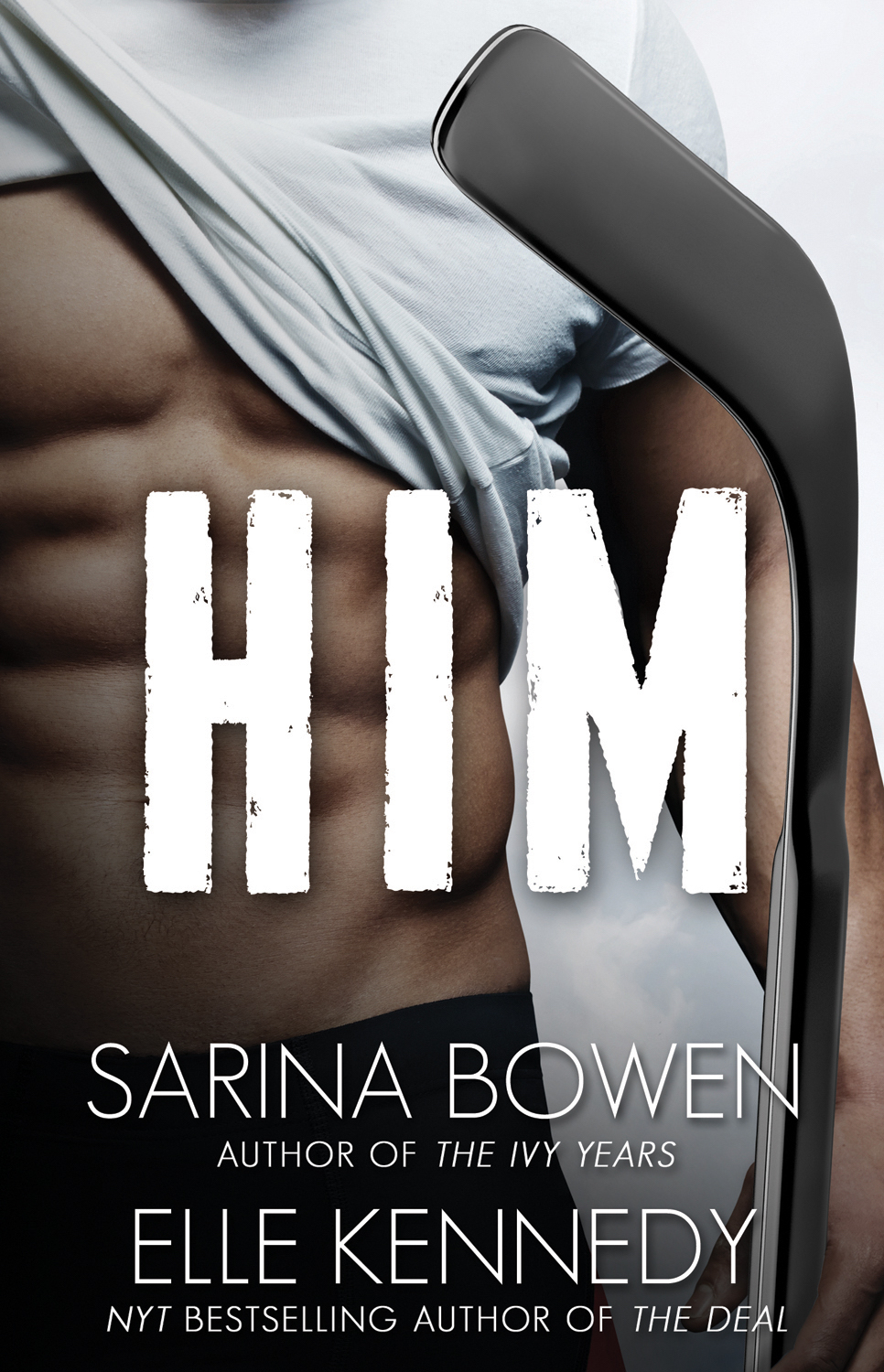 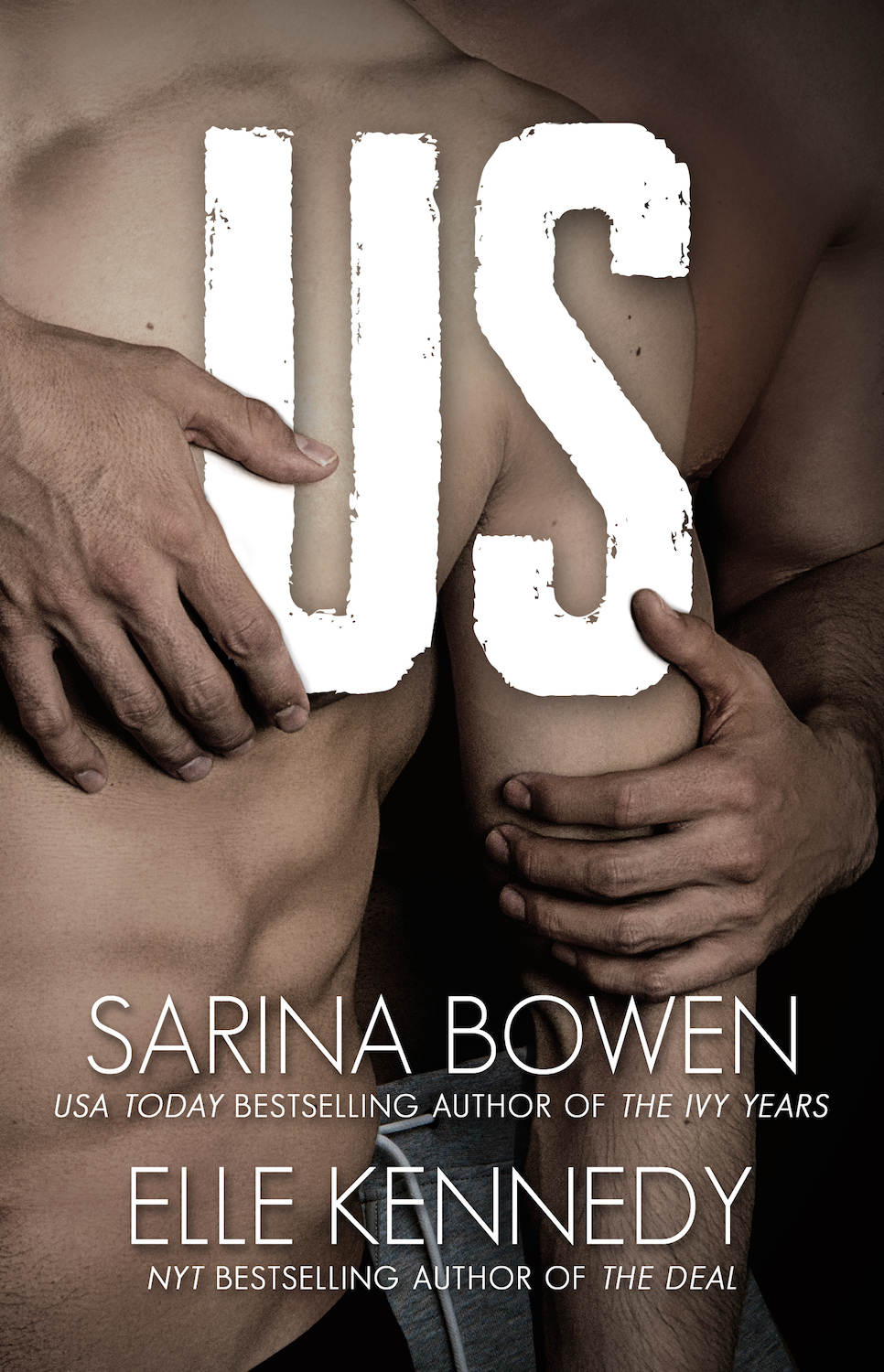 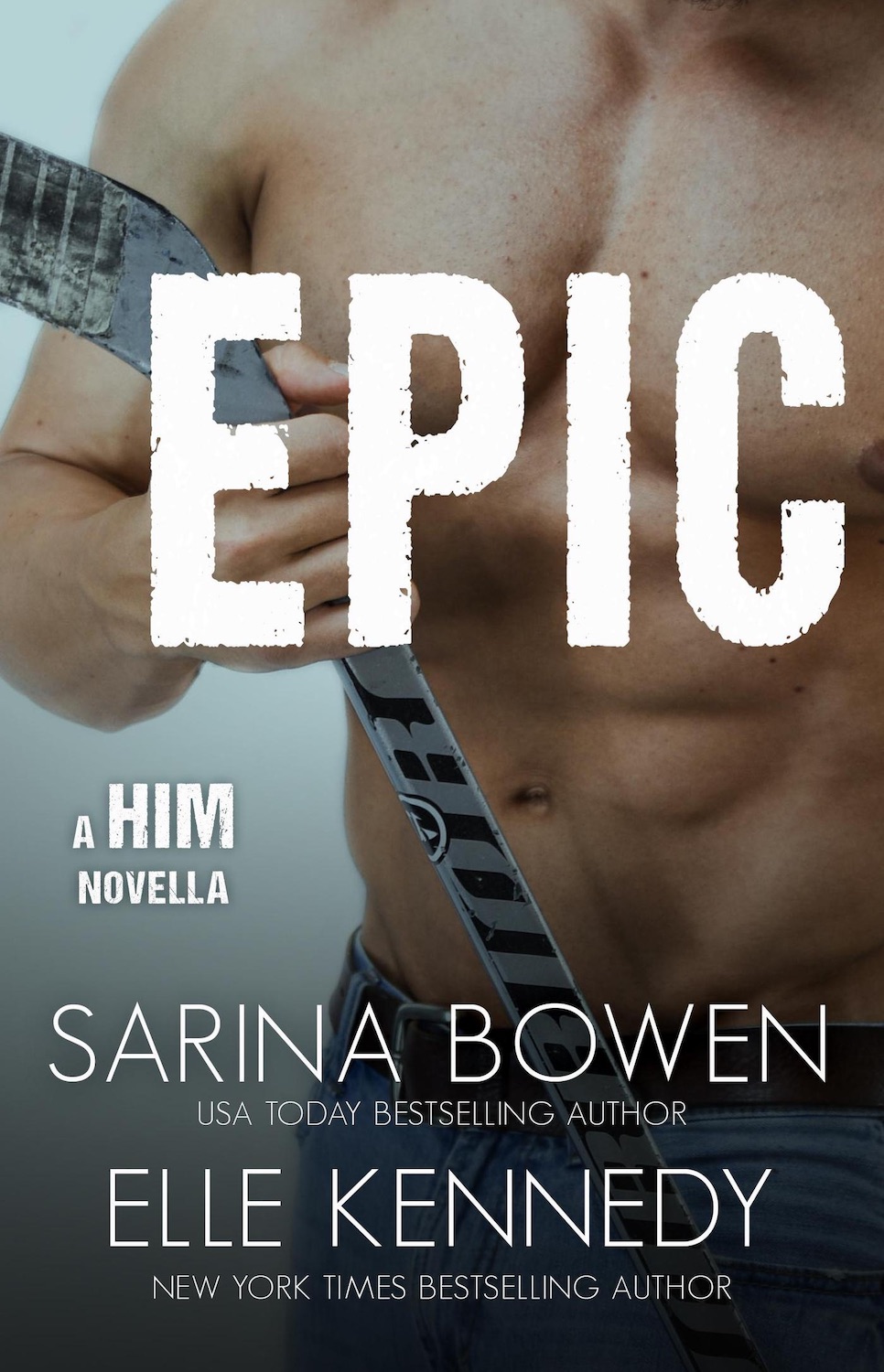 I love Elle Kennedy and her Out of Uniform series! Dylan and Aiden = YUM!! I really liked Understatement of the Year by Sarina too, so I am very excited for this book. I don’t pre-order a lot of books, but this one is a for sure. Can’t wait! Loved your review Natasha!

Oh Natasha, you have a way with words. I love your reviews and the way you can capture the feelings of a book without spoiling. I can’t wait to read this <3

Ah love this review so much more now that I’ve read the book <3 such a way with words Natasha!!