I finished reading this book a few days ago and I’m still REELING from it! An absolutely brilliant premise, with a million little surprises along the way, and a MEGA plot twist in the end, this book was one of my most gripping reads ever, and I haven’t stopped thinking about it ever since, dying to know what happens next. This is the first instalment in a two-book series—books releasing two weeks apart, on 13 July and 27 July 2017 respectively. Trust me when I tell you that you’ll want to completely clear your schedule on both those days. In the meantime, enjoy a never-seen-before excerpt, which also happens to be one of my favourite scenes from the book…

We sat in silence. She poked at her potato salad with a spoon, while I stared at her, wishing she would give me her gaze back. Finally, I got up the nerve to slide my palm across the table until it covered her hand.

“I also think you’re a serial killer,” she told the potato salad.

Rubbing my thumb over the back of her hand, I asked, “So, just to be clear, where do we stand on the whole dinner thing?”

She looked up and her playful gaze had dimmed. “Porter, listen.” She started to pull her hand away, but I refused to let go. “I’m not sure what Rita told you about me, but—”

“Rita didn’t tell me anything.”

“Right,” she said dismissively. “You just happen to know where I was and how I eat my burger?”

And that you refuse to treat children.

“Okay, so Rita told me a little. But that’s not why I want to have dinner with you.”

She leaned back, slipping her hand from under mine, and crossed her arms over her chest. “I think you’re a really sweet guy, but you should know I’m completely emotionally unavailable.”

“No, you’re not,” I replied nonchalantly, reaching for her hand again.

After quickly sliding out of the booth, I swung around until I was sitting next to her.

“Wh…what are you doing?” she stammered, scooting over.

I followed her until her back hit the wall. Her leg was crooked up on the bench between us, so I slid my arm across the back of her seat and leaned forward until our upper bodies were mere inches apart. Her breathing sped, and my heart raced.

“I know you better than you think.”

She opened her mouth to argue, but I didn’t let her get a word in edgewise.

“You smile for people because it makes them comfortable, but it makes you feel like a fraud. You go through the motions of living but only so people will stop asking if you’re doing okay. You laugh to remind yourself that you can still physically make the sound, even though you’re so fucking numb you don’t feel it. And you keep to yourself not because you like to be alone, but rather because you’re the only person who truly understands.”

Her mouth fell open and a soft gasp hitched her breath. “How…how do you know that?”

I finally gave in to the urge and tucked a strand of her soft, silky hair behind her ear. Then I cupped her cheek. “Because they’re the same goddamn things I do every day.”

She swallowed hard and then cut her eyes off to the side. “And let me guess. You want to sit around and commiserate with me because you think we both have issues? I guarantee you we’re not as similar as you think.”

“I know. And I assure you I have zero interest in commiserating with you. I wouldn’t understand your demons any more than you would understand my personal circle of hell.”

Her sad eyes flicked back to mine. “Then what do you want?”

I sucked in a deep breath that did nothing to calm the eternal storm brewing within me. “Just a little company in the darkness. No questions. No judgments. No faking it.”

Her mouth fell open, and anxiety painted her face.

My chest tightened as I waited for her reaction. It was risky, coming on to her like that. There was no middle ground when you cornered a woman. She was going to either explode into an angry fury or melt into my arms. I prayed for the latter, but the former wouldn’t stop me. Determination was like that. And, when it came to Charlotte Mills, determination was my middle name.

Nervously, I licked my lips, and much to my elation, her gaze dropped at the action.

Victory was within my reach.

But sometimes, when the overwhelming weight of gravity had you pinned to the Earth, two hours of simple conversation with no pressure to pretend was the only reprieve people like us were ever going to get.

Gliding my thumb over her bottom lip, I ordered on a low rumble, “Dinner, Charlotte. Say yes.” 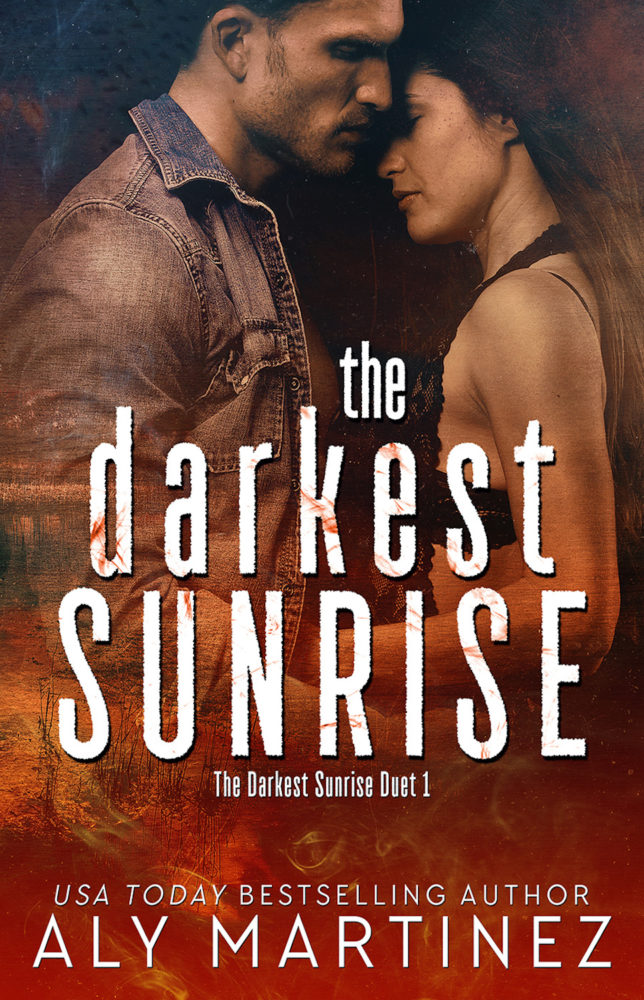 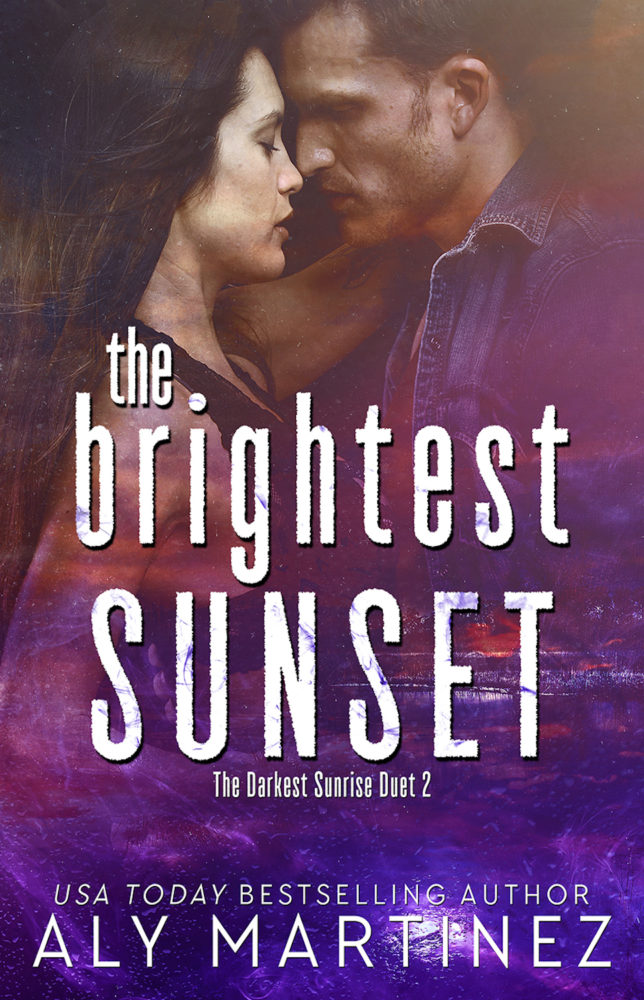 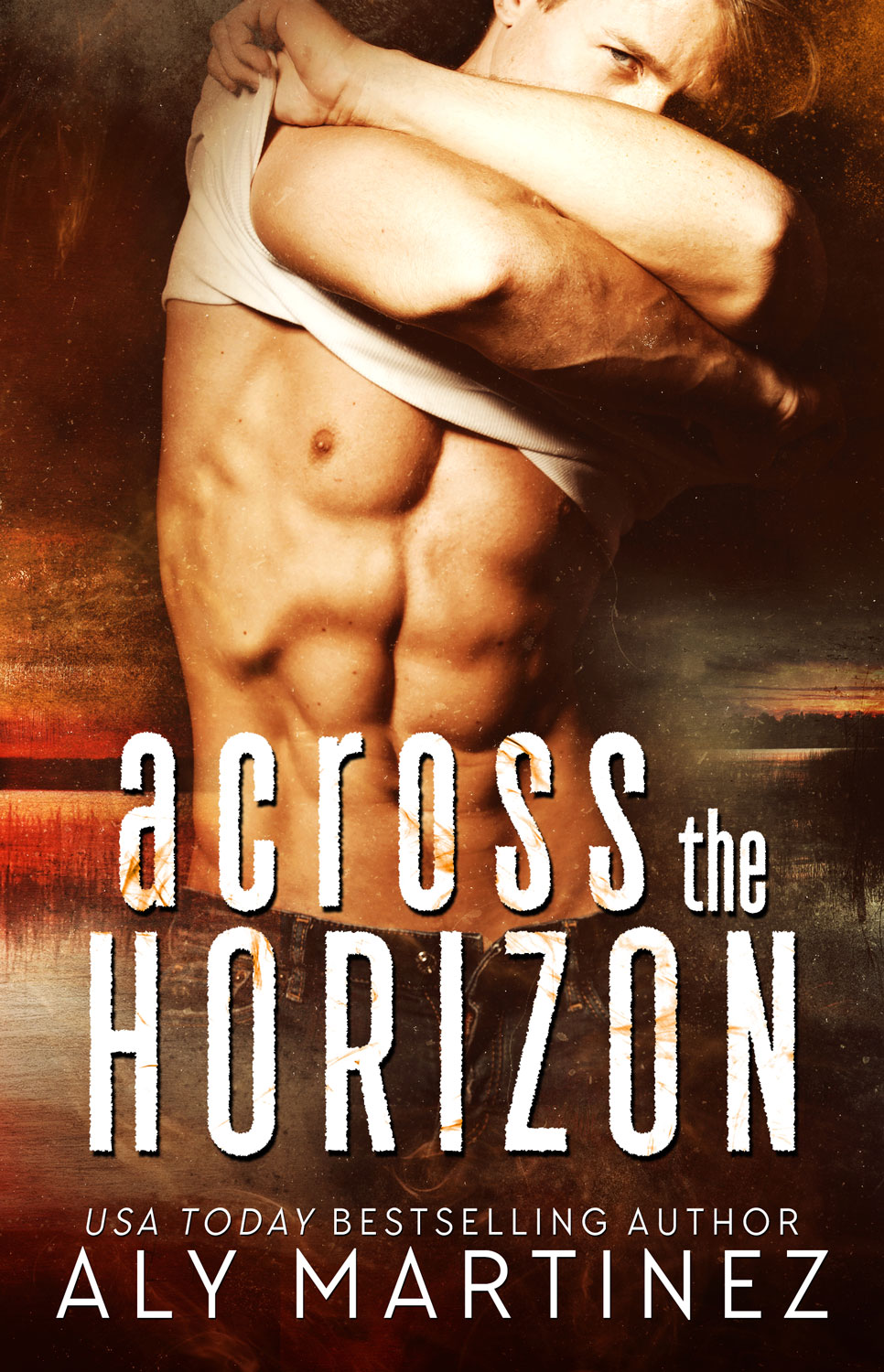 That excerpt has my heart squeezing! I’m seen so much buzz for this book and had to preordered!! Thanks for the giveaway!!!

Love this book so much!!! Thanks for the chance!!

Wow this sounds so good

I can’t wait for this book. Thanks for the expert and the giveaway.

I cant wait for this book!

I’m dying to get my hands on this book! Thank you for sharing the excerpt. Now I’m even more interested!

Aly never disappoints! Can’t wait to read this one!

Wow, this sounds GOOD! I’ve never read her before but I think I’m going to have to now!

She is a must read author for me. Her writing is impeccable!! Jump on it!

TOTALLY agree!! One of the strongest ones I’ve ever come across.

I’m a huge fan of Aly’s books, and can’t wait to read this book!! Love the excerpt.

I loved this book!

This book has everything a reader wants in a book.

Can’t wait for this!

Gah! I’m so damn excited for this duet!

So excited about this book, can’t wait to read!
Thanks for sharing this great excerpt :)

Love love this book… You Review is amazing…..

All it took were these words to draw me in and look forward to reading the book. Can’t wait.

Sounds really good. One that will probably destroy me in the process of reading it. Lol.

Great review
This book was amazing I can’t wait for the next!

I cannot wait…..Aly never fails to make me love her!! ❤️❤️

This book was amazing! I loved it

I can’t wait to read it!

Love this excerpt!! Can’t wait to read these books!!

Sounds like a great book ? Can’t wait to read it ☺️

I can’t wait :) Pre-ordered ready to jump in

Thanks for the chance! I read an ARC of this book and it was so amazing! I cannot wait to read the next part of this beautiful story!

Add to my TBR pile.

WOW!!! My heart is practically jumping out of my chest! This sounds fantastic! Can’t wait to read it!

I have a feeling this is gonna be a gut wrenching story, but I can’t wait to read it!
Thanks for the chance :)

cant wait to read this one

I would love to read this book. Exciting preview.

Sounds like an amazing read! Thank you so much for the chance!

Love the excerpt and thanks for the chance to be able to win this book :)

Sly has quickly become one of my favorite authors! I cannot wait to read ths

Thank you for this!

LOVED this book- I thought I knew & then I was like nah….and then BAM!!!! Perfect Aly twist!!

I love Aly, and I can’t wait to read this duet. Thanks for the chance!

I’m so excited and almost in a way dreading reading this. I have a very big feeling this book is going to make me have some serious waterworks. I can’t wait!!!!

Thanks for the chance <3

Sounds great! So excited to read this book!

This sounds amazing!! Can’t wait to read it!!

I love this authors stories so much!! She is a automatic one click!!
Can’t wait :)