Falling in love was the furthest thing from my mind. I’m a single mother raising a strong little boy, and he is my one and only priority.

The universe felt otherwise, sending me―actually, my son’s soccer ball―hurdling toward a stunningly handsome, perfect man, who said all the right things. He made it hard to ignore how much I missed romance.

In the past, when I met a man, they ran as soon as they heard I was a widow with a child. Not this guy. No, he fell in love with my son, and in turn my son fell in love with him. But, it was hard to believe he felt the same about me. My job was to be the strong one―to protect our hearts from sweet dreams that never lasted.

Women told me I was a master of romance. They were right. I knew how to sweep a woman off her feet, to make her feel special, and good in all the right places. I wasn’t a saint. I’ve had my share of one-night stands. They served their purpose, giving me a steady diet of romance without the hassle of commitment.

Then one day at the park, a soccer ball came careening toward my head, and my life changed in an instant. I never imagined that true love would come in the form of a five-year-old little boy. And then I got to know his mother: She was strong, independent, drop-dead gorgeous, and someone I desired – I just needed to prove it to her.

She called me Mr. Romeo, and that was fine with me.

A brand new swoony romance is here from authors A.M. Madden and Joanne Schwehm, about a hot Italian (and confirmed bachelor) falling for a single mum, and I have a sneak peek for you.

“Care to dance?” A baritone voice caused the fine hairs on the back of my neck—and other parts of my body—to stand at attention. His warm breath tickled the soft spot behind my ear. The luxurious scent of his cologne wrapped around me like a warm cocoon. When I tilted my head, his face was so close to mine, his lips almost landed on my cheek.

That impulsive instinct kicked in. God, I wanted to kiss those gorgeous full lips. Instead, I nodded shyly. “Sure,” came out of my mouth in a weird breathy sound that I’d never made before. I passed my bag to Becky, and said, “I’ll be back soon.”

“And… I’ll be waiting,” she replied with an exaggerated wink.

Luca offered his hand and escorted me to the dance floor. The song wasn’t one I recognized, but Luca took control. Even though he held me similar to the way he did Cassie, being so close to him had my heart thrumming inside my chest.

“I’ve never seen you here before.” Luca’s deep brown eyes stared into mine.
“Do you remember everyone who comes here?”

A model-worthy smile showcased his straight white teeth. Maybe he was a model. “No, but I’d remember you.” I was about to tease him for using such a cheesy line until he said, “That’s not a line either. My friends and I come here a lot and if you were here, I would’ve noticed.”

“You would have?” I asked surprised. Our bodies continued to sway in perfect rhythm to the music.

“Without a doubt in my mind.” The sincerity in his voice caused my breath to catch.

I looked away to break the spell he had over me. “This is my first time here. My friend, Becky, dragged me out tonight.”

“With my parents.” He smiled, and his wide hand that splayed across the small of my back pulled me toward him.

“He’s a great kid.” He waited a few moments and then added, “And his mom is beautiful.”

“Thank you.” My eyes cut to his handsome face. Again, he held my gaze. His parted lips seemed like an open invitation for mine. The desire to kiss him continued to overwhelm me. If I just lifted up on my toes, the few inches that separated us would no longer be an issue.

My eyes were still pinned to his lips when he spoke. “Hey, would you like to…” When he paused, my heart skipped a beat. If he was about to ask if I wanted to get out of there, I had a feeling my mouth would blurt out yes before my brain stopped it.

“Like to?” I prompted, when more words hadn’t come.

“Um… I’d love to take you and Mikey out for breakfast tomorrow.” A pang of disappointment hit until that stunning smile of his spread over his lips. At the sight of it, I forgot he had even spoken at all. “Does he have another soccer game?”

“Oh… um, no. He’s spending the weekend with his grandparents. I’m solo tomorrow.”

His large hand shifted to the side and settled closer to my hip. “Well, then, how about I pick you up around ten? There’s this great place near the Seaport we can go to. It’s supposed to be a nice day.”

“I’d really like that, Luca.” I couldn’t help but grin at seeing the joy on his face. Sure, the man was beautiful, but combined with his personality he could no doubt break hearts without intending to. A twinge of fear pinched my subconscious. Just by staring into his warm chocolate eyes, in that moment I could see that happening to me.

When the music ended, Luca released me before taking my hand and leading me back to the bar. There was something super sexy in the way he took control while remaining an absolute gentleman at the same time.

It had been over a year since I’d been intimate. Dillon’s deployment schedule and life getting in the way, we weren’t as sexually active as I would’ve liked. Regardless, I hadn’t met a man who I wanted to spend time with, nonetheless date.

Yet, there I was with Luca, and in the short time we’d spent together I could already imagine all sorts of situations with him… some even lewd. Of course, that was my libido talking.

The other part of me, specifically my heart, just craved the company of a man. Someone to spend time with, laugh with, enjoy being with. There was a time I had that with Dillon, but somewhere along the way we lost ourselves. The reasons to why became clearer after his death, once it was too late.

While Luca and I were dancing, the warmth of his large hand wrapped around mine, the hard muscle of his upper arm under my left palm, and his overall presence just made me feel safe. Why that would be something I felt when I barely knew him, I truly had no idea.
One thing I knew for sure, I liked him. The flutters, the giddiness, and the nerves that came with the thought that I had a date with Luca Benedetto were all emotions that were long overdue for me.

Breaking through that awkward phase when two strangers went out wouldn’t be an issue, and neither would breaking the news that I had a son. I could count the number of dates I’d been on since Dillon died on one hand. The number of second dates I had after they found out I was a mom could be counted on one finger.

“Hey, guys!” The joy on Becky’s face as we approached spoke volumes. Before I could make the introduction, Becky thrusted her hand toward Luca and said, “I’m Becky, Sabrina’s bestie, and you’re gorgeous.”

A deep chuckle erupted before he accepted her hand and said, “It’s nice to meet you, Sabrina’s bestie with impeccable taste.”

“Holy hell, you have an accent.”

“No, you do,” he teased with a wink. Becky’s eyes widened, and her hand continued to pump Luca’s well past the acceptable amount of time a normal handshake should last. All this occurred while she waggled her eyebrows at me.

When she finally released Luca, a fake pout altered her features. “Although I would love to get to know Luca, my Uber is here. I must relieve the babysitter. Not everyone is lucky enough to have parents on standby.”

The pout turned into a grin when her eyes dropped to where Luca still held my hand, something I was also very aware of. As I reached for my bag on the bar, I tried to hide my disappointment. “I guess I’ll see you tomorrow then?”

I was surprised to see what I felt mirrored on his face. “You need to leave too? I can get you home if you want to stay longer.”

“Of course she’d love to stay.” Becky kissed my cheek, patted Luca on the shoulder, and with a simple wave left me standing there without giving me a choice. 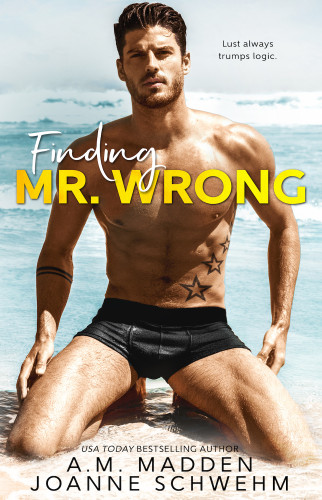 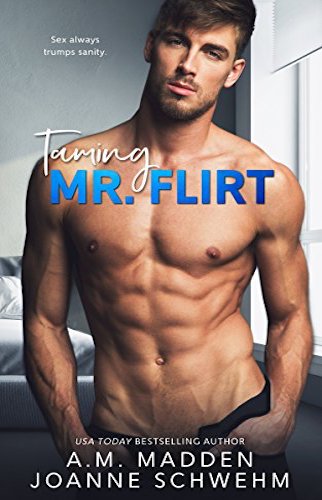 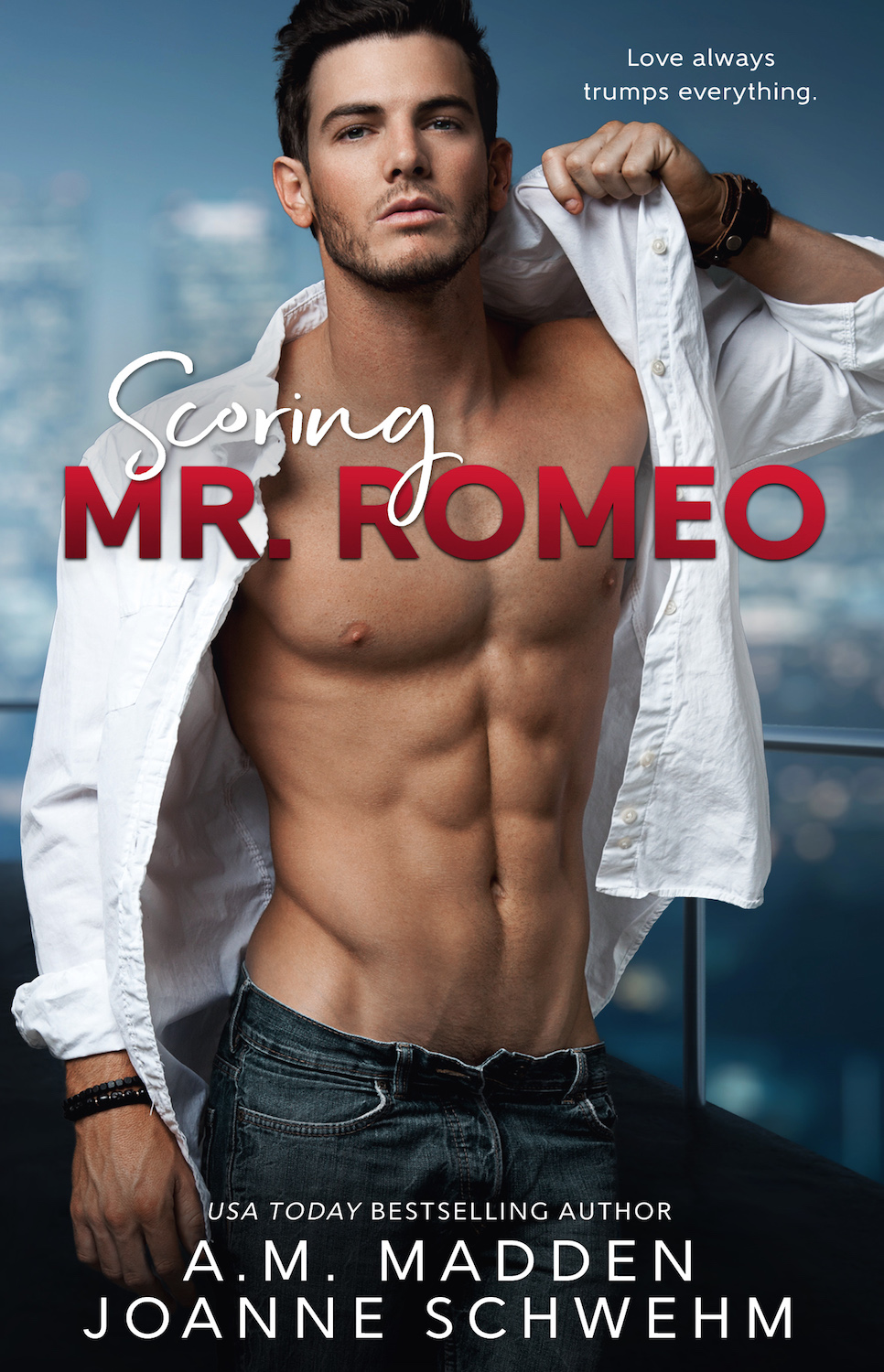 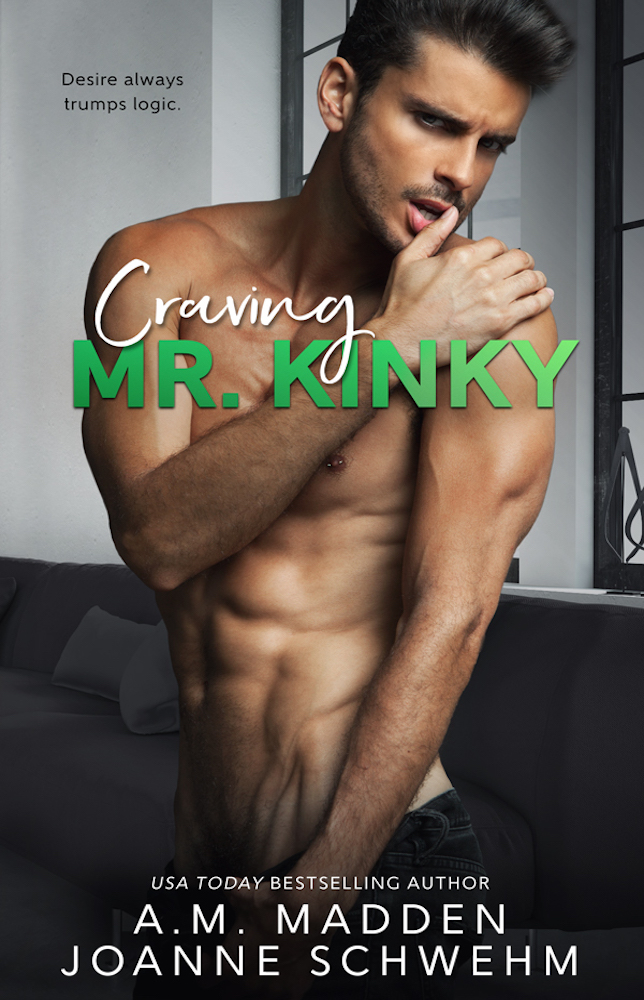