Navy SEAL Renzo Bianchi has a soft spot for Canaan Finley, and not only because the man makes a mean smoothie. He’s the first guy to get Renzo’s motor revving in a long time. But when he agrees to Canaan’s insane charade—one all-access fake boyfriend, coming right up—he never expects more than a fling.

Creating a hot Italian SEAL boyfriend to save face seemed like a good idea…until his friends called Canaan’s bluff. Now he’s setting off into the woods with the very man who inspired his deception, and Canaan is not the outdoorsy type. The sparks are already flying when a flash flood separates them from their group, leaving Renzo and Canaan very much trapped…very much alone in the wilderness.

Working together to come up with a plan for survival is sexier than either of them expects. But back in the real world, being a couple is bringing its own set of hazards…

BOOK SERIES:  Out of Uniform

The camping trip from hell may be the first stop on the road to happily-ever-after in Rough Terrain, the final book in Annabeth Albert’s critically acclaimed Out of Uniform series, and I have an awesome sneak peek for you. Each book in this series can be read as a standalone.

“I loved writing Rough Terrain, and I love this scene in particular because it sets up the contrast between Renzo’s ultra-competitive nature and his uncertainty around getting sexy with Canaan. I hope you enjoy!” —Annabeth Albert

Canaan headed toward the elevator, but Renzo got that itchy feeling at the back of his neck he always got around elevators.

“I need to stretch my legs. I’m going to do the stairs.”

“Fitness freak.” Canaan shouldered his backpack and followed him to the stairwell. “I’ll do them with you. Not an elevator fan?”

“Confined spaces and I aren’t friends,” he admitted. “I have to do it, of course, out in the field, but I don’t like it. I like relying on my own power.”

“If I keep hanging out with you, I’m going to be in shape fast.” Huffing, Canaan kept pace with Renzo on the stairs, but was clearly hurting.

“Faster? You sure you’re not some kinky slave driver?”

“Race you to the room. Winner gets first shower.”

“You and your races.”

Renzo easily plucked Canaan’s backpack off his shoulder. “Here. I’ll make it fairer. I’ve got both bags. You’ve just got you. And…go.”

He started bounding up the stairs, but moderated his pace so that he wouldn’t smoke Canaan too bad. Might even let him tie, like he had back on the suspension bridge. Wait. Tie would mean sharing a shower. He very nearly stumbled on the next step. Crap. Better win.

He recovered enough to make it to the fourth floor first, but he’d forgotten that Canaan was a decent sprinter and had to actually work to make it to room 412 first. Laughing and breathing hard, he used the key card to unlock, then held the door for Canaan, who wasn’t that far behind.

“You’re a bastard,” Canaan panted as he pushed by Renzo into the room and flopped on the bed. The bed. As in only one. And not a particularly huge one either. He set the bags down by the closet and tried to work on not freaking out.

“Calm yourself,” his little mind reader called. “When I can feel my legs again, I’ll move to that chaise over there.” Canaan pointed to the window area which featured a small desk and narrow chaise. “I can sleep there if you’re not comfortable sharing.”

“Yes, you are.” Canaan made a shooing motion with his hand. “Go shower.”

“Fine.” Feeling more than a little patronized, he grabbed a change of clothes and his shaving kit and headed for the bathroom, which was small but adequate with a tub/shower combo that was bigger than the stall showers he had to contend with at the barracks.

He was actually a little surprised that Canaan hadn’t tried to make him change in the room, to get a look at his equipment. Maybe he really was a decent guy. Clearly game to hook up, but he’d meant it when he said he wasn’t going to push. Instead he was letting Renzo do all the flailing and debating. It would almost be easier if Canaan took it out of his hands and made the first move, but instead it was all up to Renzo, and hell if he knew what he wanted. Smart thing would be to continue trying to resist Canaan’s charms.

But as he soaped up, his body was intent on reminding him how hard that was going to be. Emphasis on hard. All he had to do was remember Canaan’s little sounds of pleasure when he’d eaten his tacos or the way his full mouth moved drinking his smoothie, and he was all the way up and ready to go.

Now what was he supposed to do? Couldn’t really jerk it with Canaan mere feet away. Even he wasn’t that much a heel. Groaning, he did the trick that always worked in the barracks and flipped the switch to cold. But his cock took its sweet time complying. It was going to be a long, hardweekend, a point that was driven home when they switched places and Canaan headed for the shower.

He took the sink outside the bathroom to shave, but his mind kept racing. Was Canaan jerking it in there? Did he have Renzo’s hang-ups about doing that with other people close by? Just like that he was halfway up again, cock not getting the message that no action was coming its way.

Out of Uniform - Recommended Reading Order 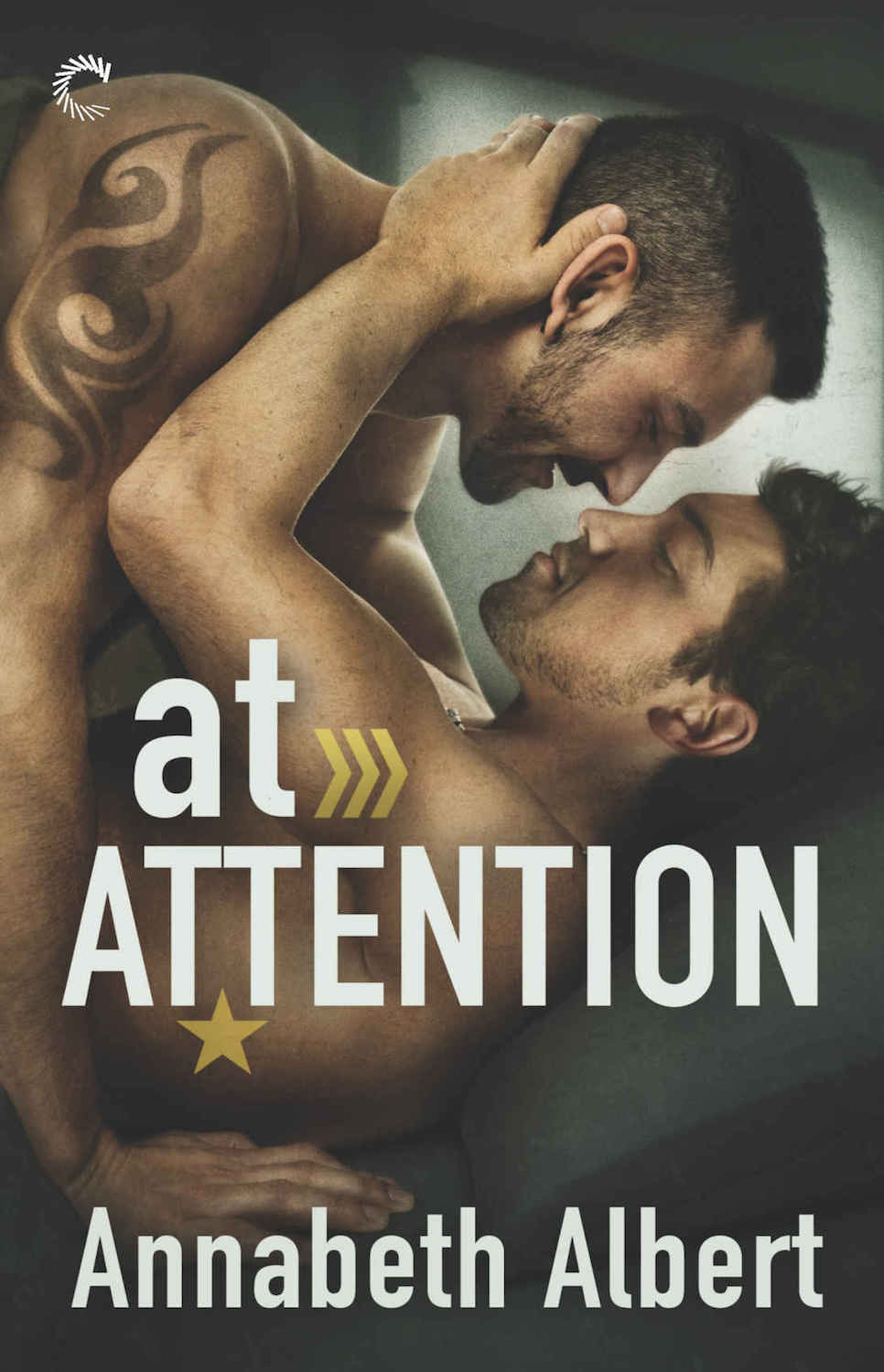 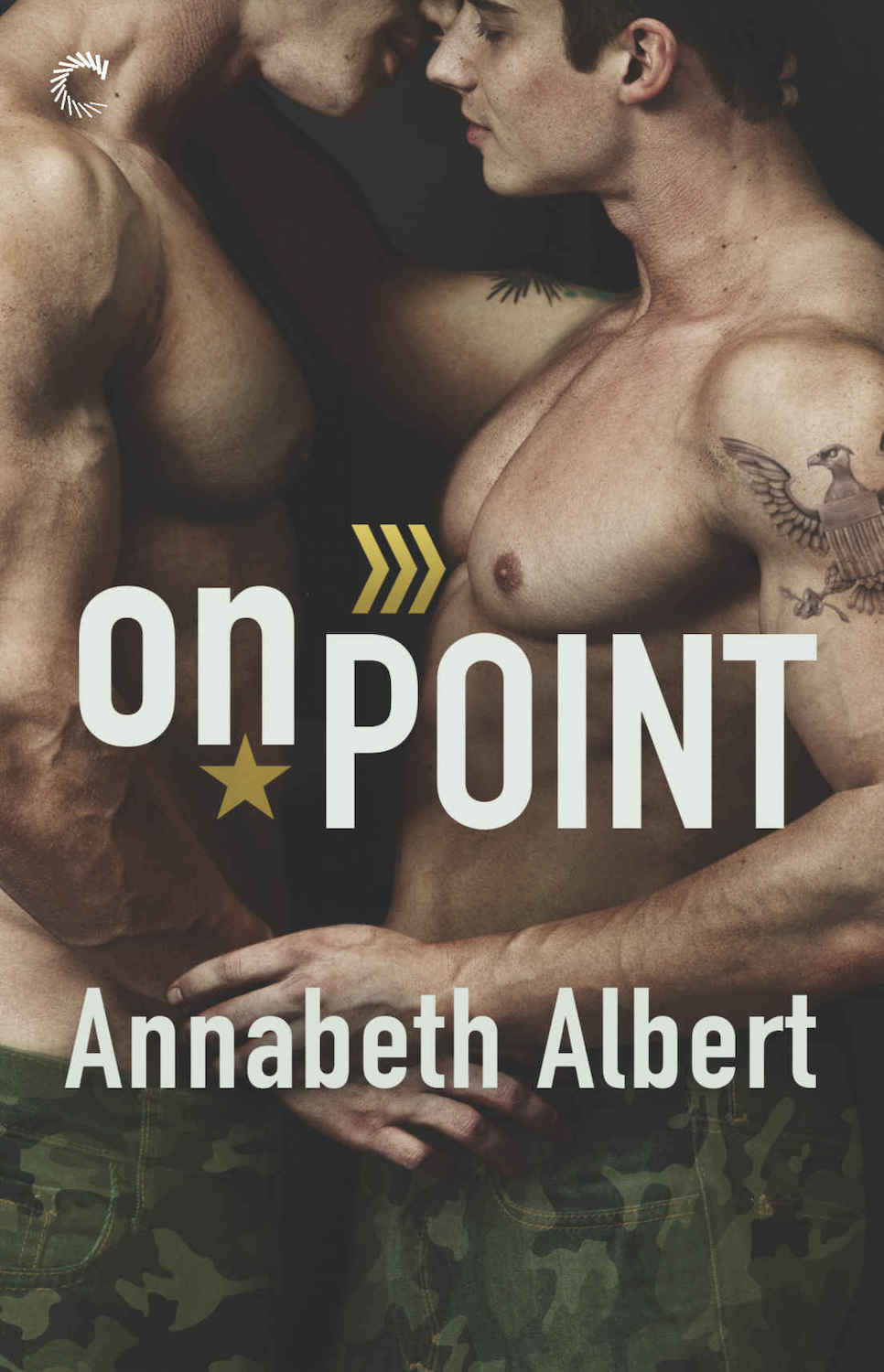 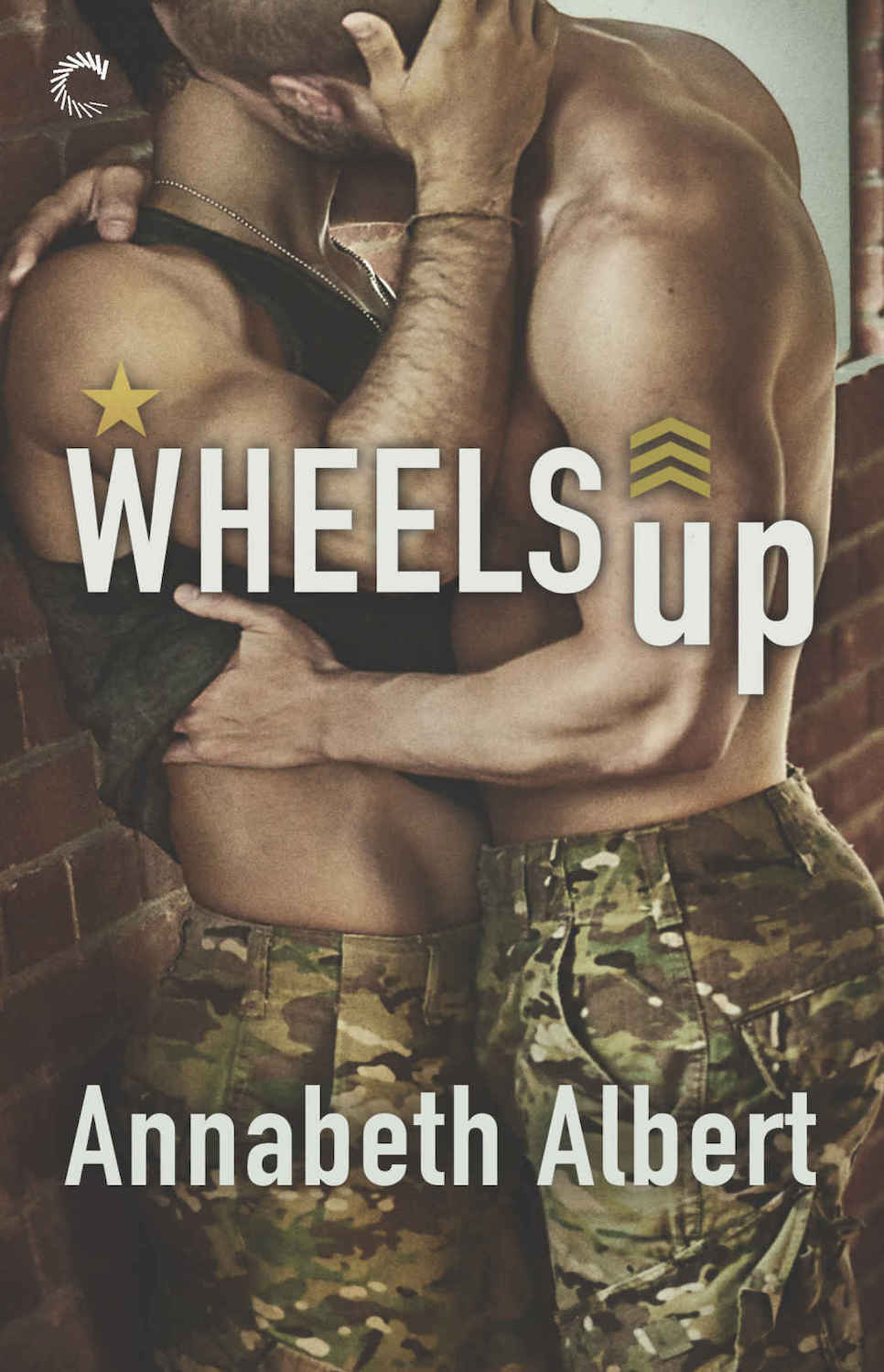 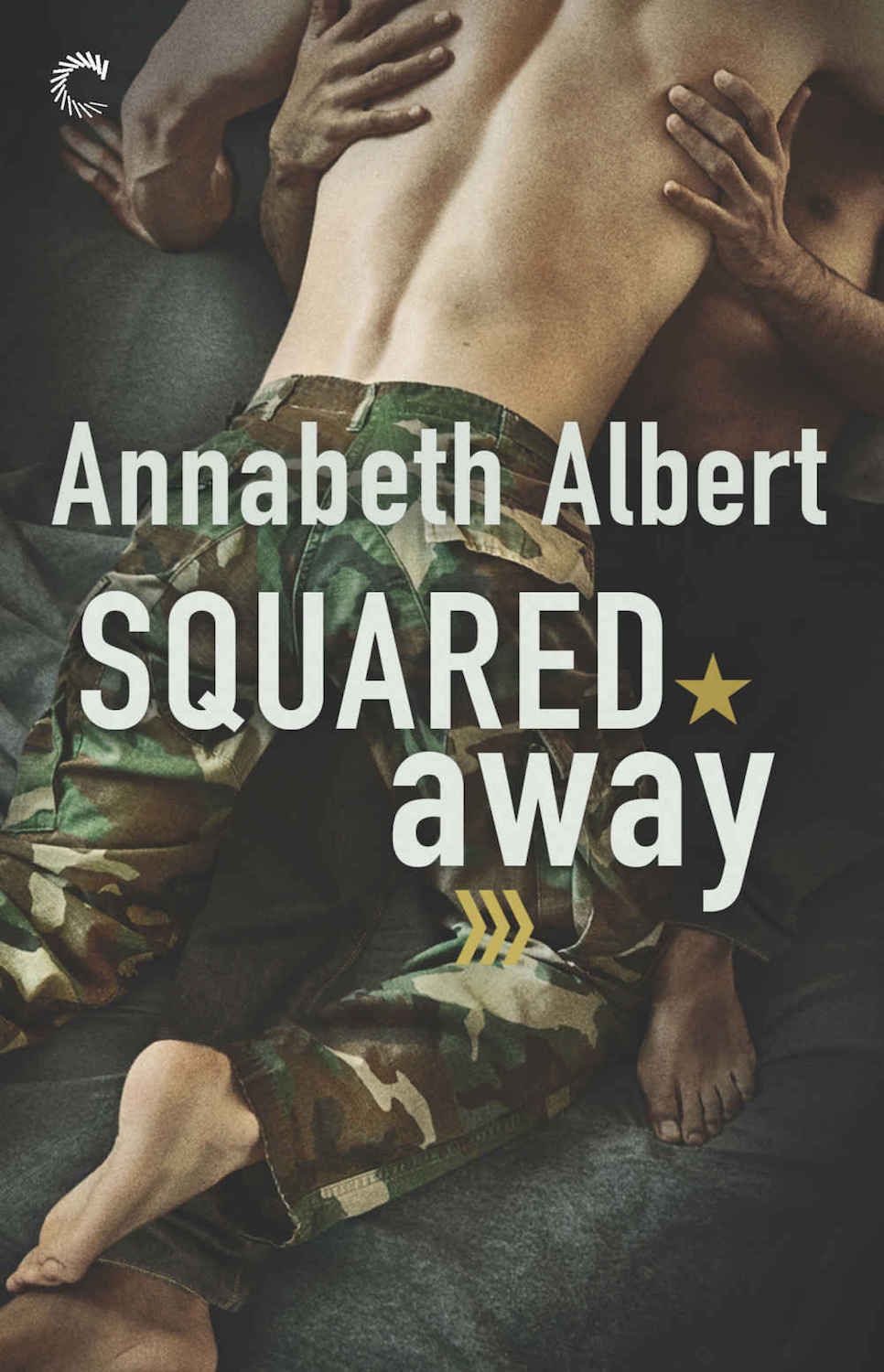 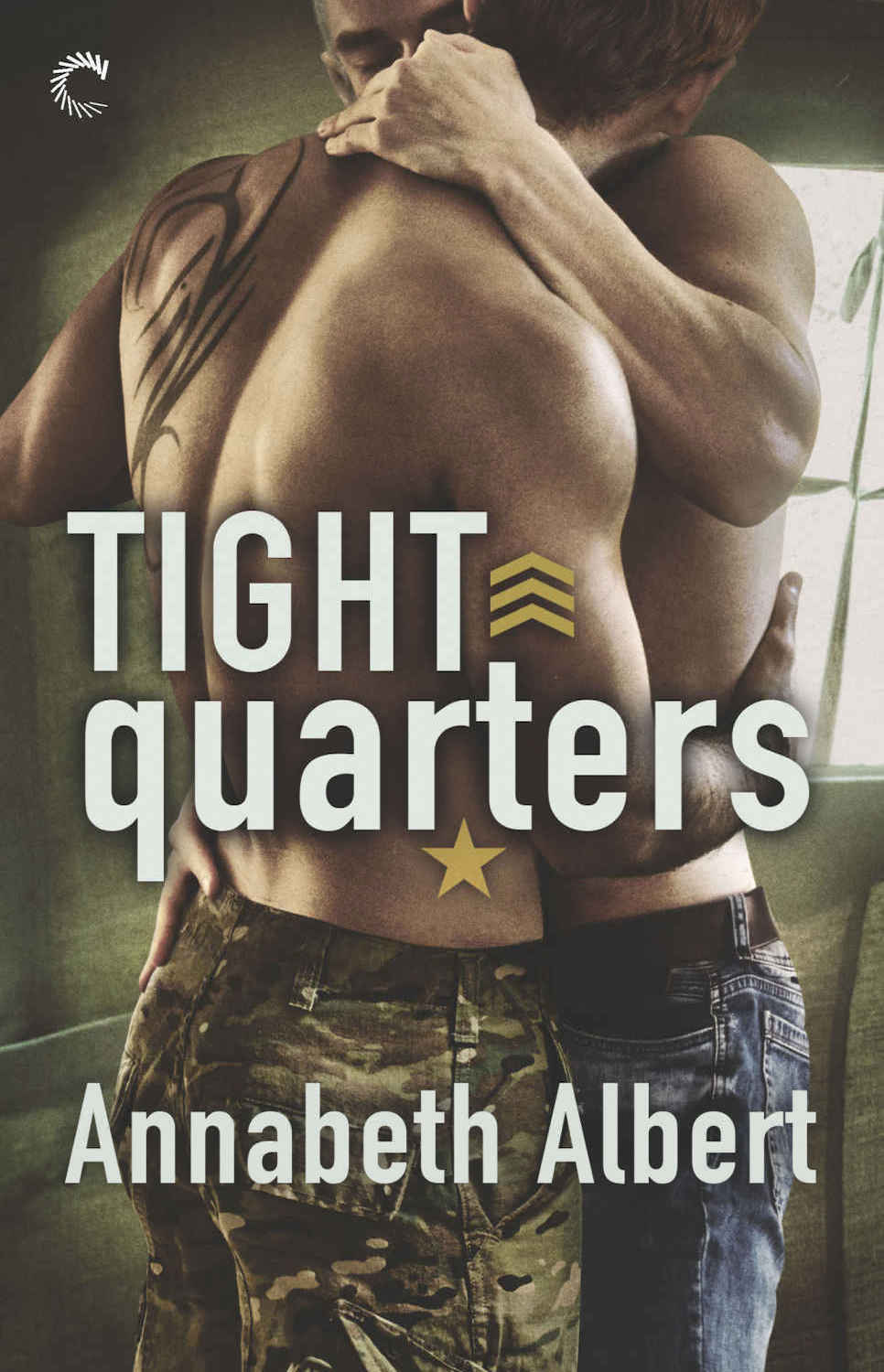 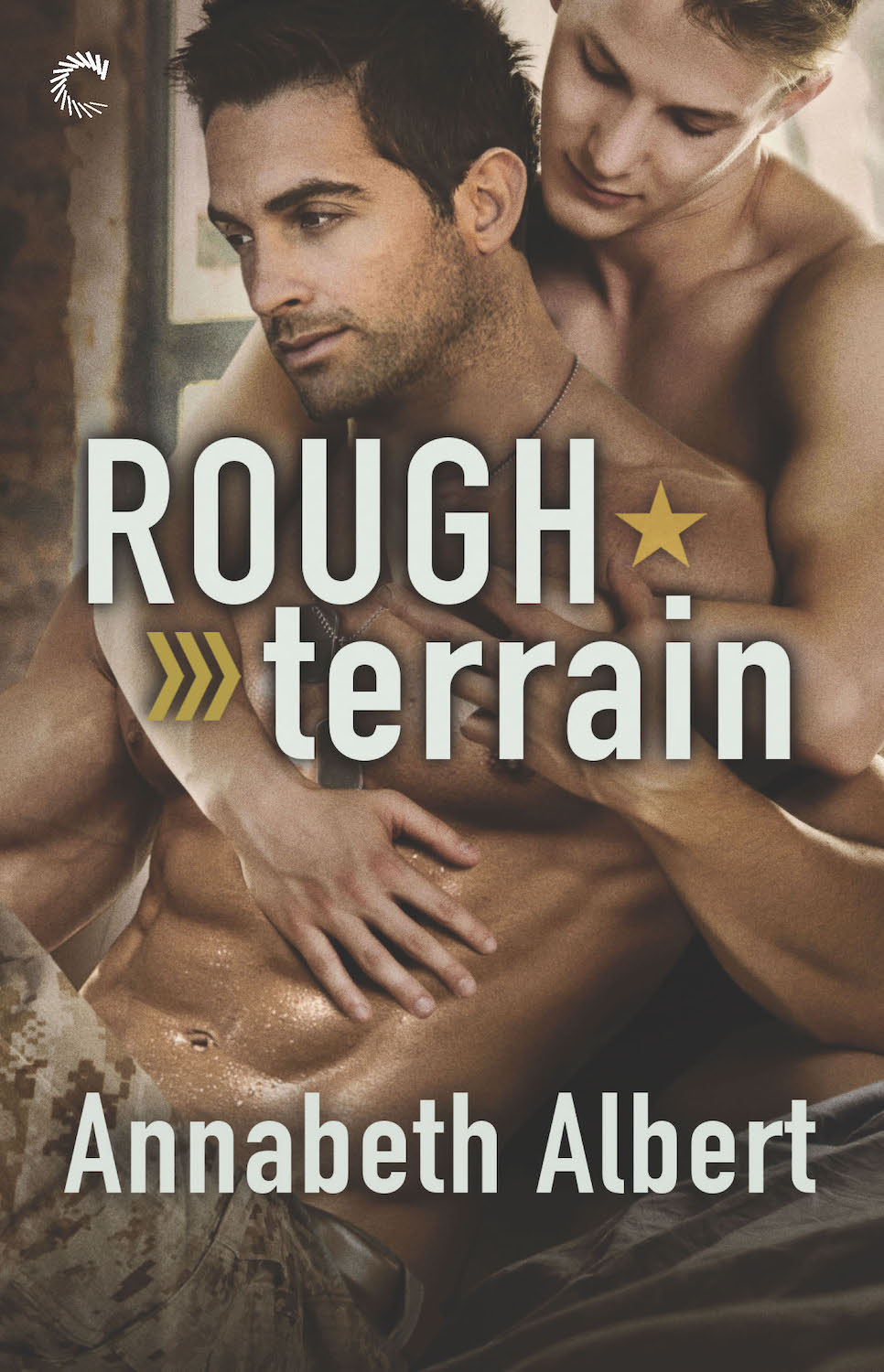