Happily married to her college sweetheart, Poppy lived a blessed life with the husband of her dreams. Then everything changed. She is no longer a wife. She is no longer the envy of her single friends. Now, people look at her with pity as they whisper a single word behind her back.

Years after her husband’s tragic death, years of pain and sorrow and wishing for the life she’ll never get back, Poppy decides to finish Jamie’s birthday list. She’ll do the things he wanted to most. Because maybe, just maybe, if she can complete his list, she can start to live again.

Poppy expects going through the birthday list will be hard. She expects it to hurt. But what she doesn’t expect is Cole. Could the man who delivered the news of her husband’s death and shattered her heart be the one to help her put it back together again?

One of Devney Perry’s most emotional novels—the tale of a young widow who, in order to get some closure from her pain, decides to finish her late husband’s birthday list, only to meet a man who helps her put her heart back together again—got a little makeover, and I have the breathtaking new cover for you. If you’re yet to experience this beautiful story, I have an excerpt for you, too.

My kitchen, something I’d designed to be large and spacious, was suddenly too small. The air conditioning that I kept running on high must have just quit working because my entire body was on fire. And I had forgotten how to make a grilled cheese sandwich as the knife sat motionless in my hand.

“What did you think of karate last night?” Cole asked, breaking the silence.

Dinner. This is just dinner. Breathe.

I forced some air into my lungs, then pushed away from the table to turn on the flat-iron grill. “It was interesting but I’m already getting sore. Especially my arms. I imagine by tomorrow my entire body will be on strike.”

He chuckled. “Yeah. It’s a tough workout. Are you sure you won’t try it again?”

“I’m sure.” I went back to the table and brushed four slices of bread with some olive oil, then spread on a thin layer of homemade pesto before adding the cheese and tomato. “To be honest, I only came for a one-time deal. I hope that doesn’t offend your instructor.”

“Nah, he doesn’t care. But why only the one time? Was it a dare or something?”

Explaining Jamie’s birthday list was so personal that only a few people knew about it. Even fewer knew I was going through it myself. Yet, for some reason, I wanted to tell Cole. “My husband, Jamie, he put together this birthday list. It was like his bucket list, except he separated out everything to do by year before certain birthdays. Taking a karate class was something he wanted to do before he turned twenty-six.”

“I am.” I was ready to defend the list and why I was going through it, but his eyes weren’t full of concern or judgment or questions. They just . . . understood.

He understood without a word.

“Interesting idea. What else is on this list, if you don’t mind me asking?”

“Not at all.” I resumed sandwich assembly. “Jamie put twenty-two things on the list. Most of them are silly, but totally him. He added some things he found on the internet he thought sounded cool. Others were goofy things he dreamed up or things he didn’t get to do as a kid. Jump in green Jell-O. Have a paint fight. Things like that. Some were more serious, like buying me this restaurant.”

Cole leaned over to pluck three oranges out of the fruit bowl on the table. “Have you done many of them yet?”

“No, not even close.” I smiled as he started juggling the oranges. “I’ve only marked off three. The restaurant. The karate class. And skydiving.”

Cole dropped an orange and it rolled across the table. “Skydiving?”

I laughed at the shock on his face. “You’re not the only one surprised I did it. But yeah. I went last month.”

While Cole picked up the fallen orange and resumed juggling, I took the sandwiches to the grill, setting them down on the hot metal. Then I rushed out of the kitchen and into the dining room, where all of the lights were off and the sign on the door had been flipped to Closed. With two sets of silverware and a couple of plates, I hustled back into the kitchen to set down the place settings and flip the sandwiches. Then I went to the fridge and got out a jar of salad.

“Here.” I handed the jar to Cole. “Use those muscles and shake this up.”

He grinned and put back his oranges before he started shaking. “Okay. Back to skydiving. You left me with a cliffhanger.”

I smiled. “It was the one item on the list that scared me, so I decided to just get it over with before I chickened out.”

He slid the salad jar across the table. The dressing that had been underneath a layer of vegetables and lettuce was now coating the glass. “And what did you think?”

“I actually loved it. The pilot said something before I jumped that really clicked. He said, ‘If you want to go swimming, you get out of the boat. Same is true with flying. You have to get out of the plane.’ So I did. I was strapped to this hippy with dreadlocks and bad breath, but he was so cool. The whole crew made it fun.”

“Would you ever go again?”

“Nope.” I popped the p to emphasize my point. 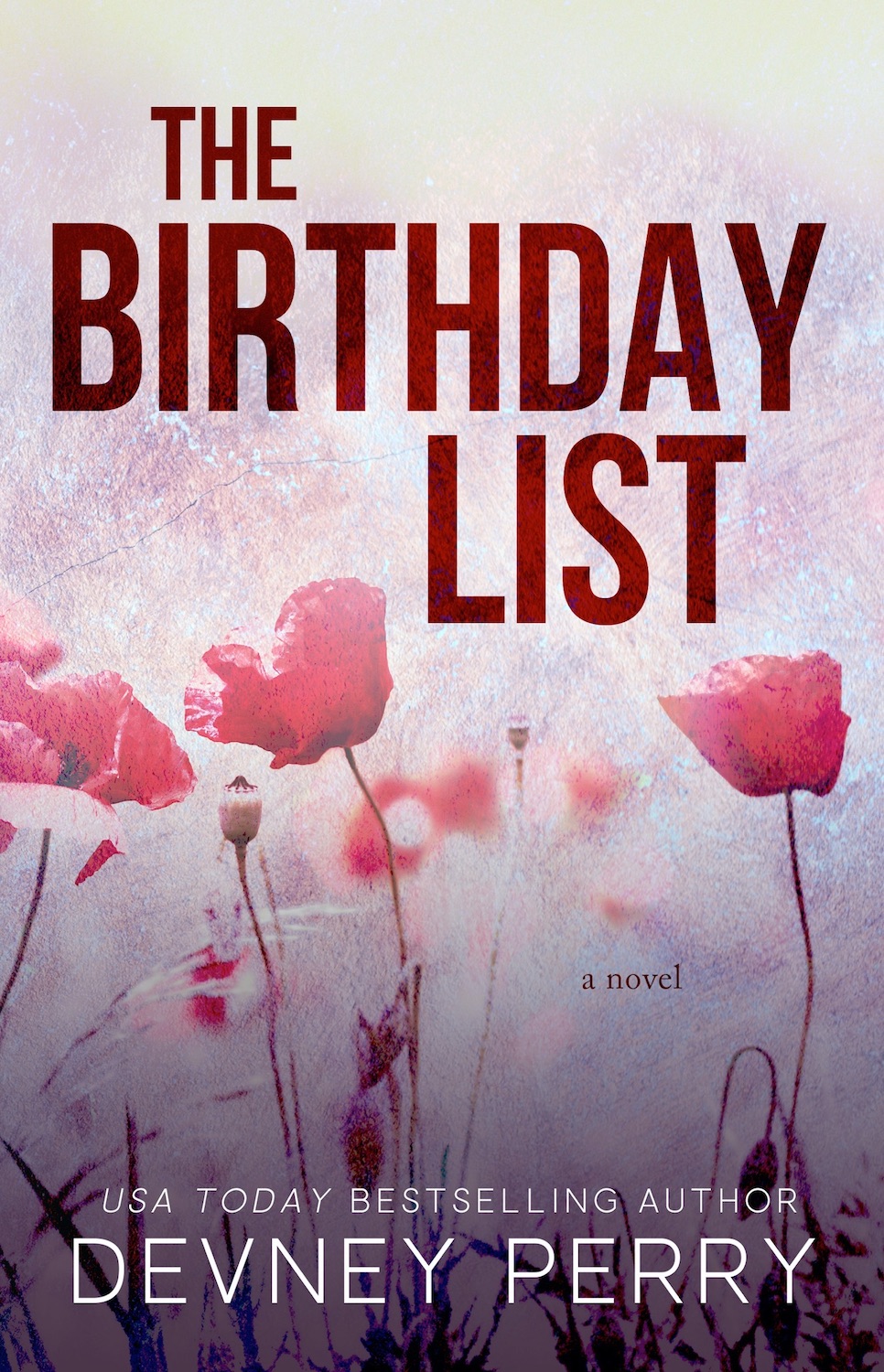 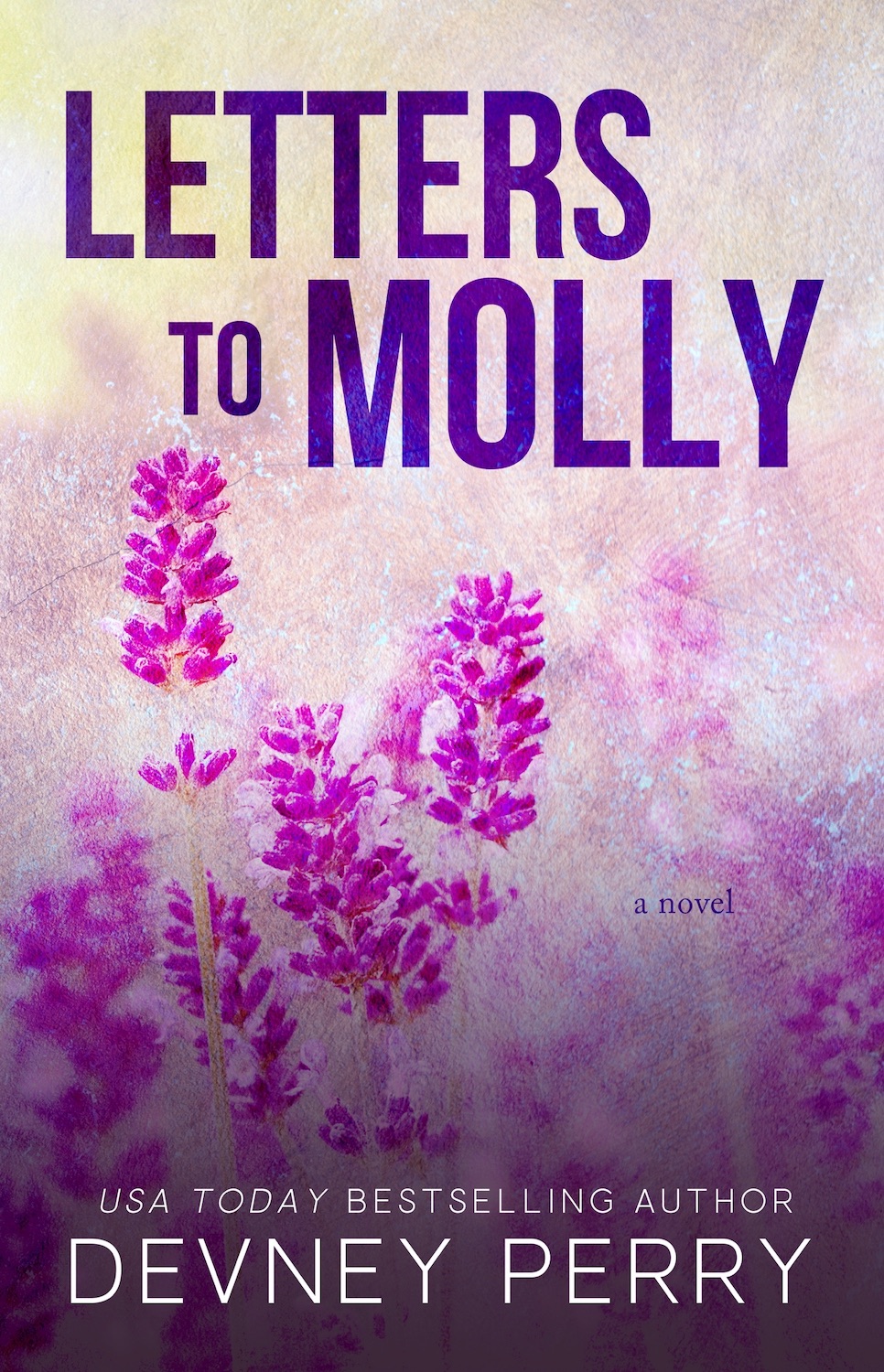