When a vicious attack leaves 25-year-old Clementine Johns with no memory, she’s forced to start over. Now she has to figure out who she was and why she made the choices she did – which includes leaving the supposed love of her life, tattoo artist Ed Larsen, only a month before.

Ed can hardly believe it when his ex shows up at his tattoo parlor with no memory of their past, asking about the breakup that nearly destroyed him. The last thing he needs is more heartache, but he can’t seem to let her go again.

Should they walk away for good, or does their love deserve a repeat performance?

I can never resists a well-written second chance romance, but I go all weak-kneed when I come across a fresh take on this much-loved sub-genre, especially one penned by a favourite author of mine. Kylie Scott delivers an utterly unputdownable, unique rendering of true love and second chances—a tale that centres entirely on a heroine with no memory of the past or the man she once loved—showing how much our past experiences truly shape who we are. I loved this book so much and I’m truly honoured to share with you one of my favourite scenes from this wonderful story.

We don’t talk in the car, letting the silence grow nice and long and awkward instead. As previously texted, Ed lives in a big old red/brown brick building in the same cool urban neighborhood as the tattoo parlor. Five blocks away from his work at the most. The condo is on the ground floor.

“This is where we lived?” I ask, following him down the white hallway.

“I appreciate you doing this.”

“Oh, I can tell. You’re positively overflowing with appreciation.”

And I deserve that. “I don’t want to be indebted to someone who hates me.”

“That why you stopped sending questions?”

“One of the reasons.”

“Yeah? What are the others?” He puts his key in the lock and from within comes barking and the sound of nails scratching. Whatever is on the other side of the door seriously wants out. “Shit, stand back a sec.”

He doesn’t have to tell me twice. Cautiously, Ed opens the door, just enough to stick a hand through and grab the collar of the dog. The dog, on the other hand, wriggles and struggles and fights to get free.

The dog does not calm down. If anything, at the sight of me, his enthusiasm goes up a notch. Gordon is a silver Staffordshire terrier with pale blue eyes and a white stripe down his chest. Step by step, Ed hustles him back into the house. And all the while, his tail whips back and forth in unrestrained joy.

“Close the door behind you,” he instructs me. Then, to Gordon, he says, “Come on, boy. Sit. I know you’re excited, but you got to sit.”

Gordon whines softly, keeping his gaze on me all the while.

“Clem, come over here and let him sniff your hand.”

I do as told, carefully extending my fingers to within range of his nose. But Gordon inches forward, licking my palm and as much of my arm as he can reach. His whole body shakes with happiness and I swear he smiles. I rub beneath his chin, coming closer.

“I’ll let him go in a minute,” says Ed, patting him on the back. “Just want to make sure he doesn’t get carried away and you get knocked over again.”

And while his words seem polite, his voice sounds strained, bitter even. Maybe he thinks Gordon is giving me a welcome I don’t deserve. It might be true, but with the day I’ve had, the dog’s sheer happiness is welcome.

I go down on one knee, all the better to scratch behind his ears. But Gordon decides to go one better and roll onto his back, asking for belly rubs instead. No one has ever been this happy to see me. Frances was relieved when I woke up from the induced coma. However, this is something entirely different.

All of the stress of the day catches up with me. Waking up on the hard-tiled café floor with people surrounding me. The pain and fear. I’m grinning at the dog, but my throat tightens and a tear falls down my cheek. “What a good boy, yes you are, and so handsome too.”

“In the place for less than a minute and you’re already babying him again.”

“You haven’t pet any others?”

It must sound weird, but for a moment the hostility is gone from his face, and Ed just smiles. The curve of his lips there and gone in an instant. No surprise that he too is avery handsome boy. My stomach does some weird swooping thing in response to his nearness. Maybe it’s just muscle memory, the way I react to him. It’s not real, just leftovers from another life. Not that knowing it helps me or the situation any.

With the back of my hand, I wipe away the inconvenient tears while doing my best to ignore my reaction to him entirely. Talk about overload. “Yes. Just . . . not a greatday. It’s better now though.”

I rise and Gordon rolls back onto his feet, content to rub himself against my legs and sniff my shoes. Beneath my fingers, his short fur feels like velvet, his still-wrigglingbody warm and solid. The devotion in his eyes is stunning. I think I’m in love. When Ed gives him a stern warning, he doesn’t jump, taking the opportunity to learn farther into me. And he’s strong. I have to brace myself, so I don’t stumble back a step.

“You should get that shirt off,” says Ed.

“There’s some blood from when your cheek split.” He points at the front. “It needs to go in the wash. I’ll grab you something of mine to put on.”

I ease it up off over my bruised face, holding it out.

“Do me a favor and keep your clothes on in front of me, okay?”

I scrunch up my face. Which hurts on both sides now, courtesy of this morning’s injury. “Ow. It’s nothing you apparently haven’t seen many times before.”

Huh. I give myself a quick look over. My breasts might be on the smaller side, but they look quite nice in the pale-green lace bra. It’s pretty. Previous me was into pretty. And while my stomach is far from flat, everything seems reasonably in proportion.

“Fuck’s sake, would you stop that,” he growls. “There’s nothing wrong with your body.”

“No, it’s not a problem with me. Or you. It’s a problem with us.” He glares at me, his amber-colored eyes growing darker. They’re very expressive. How the light in them tells of his mood, reflecting some of his thoughts. Right now, he’s angry. Again.

People in general fascinate me. Yet Ed takes it to a whole new level. I don’t know if it’s the knowledge that we have history or just his hotness. Truth is, I could watch him for hours. No, days. With the bonus that attempting to read him distracts me from feeling how every bit of me from the neck up is hurting. 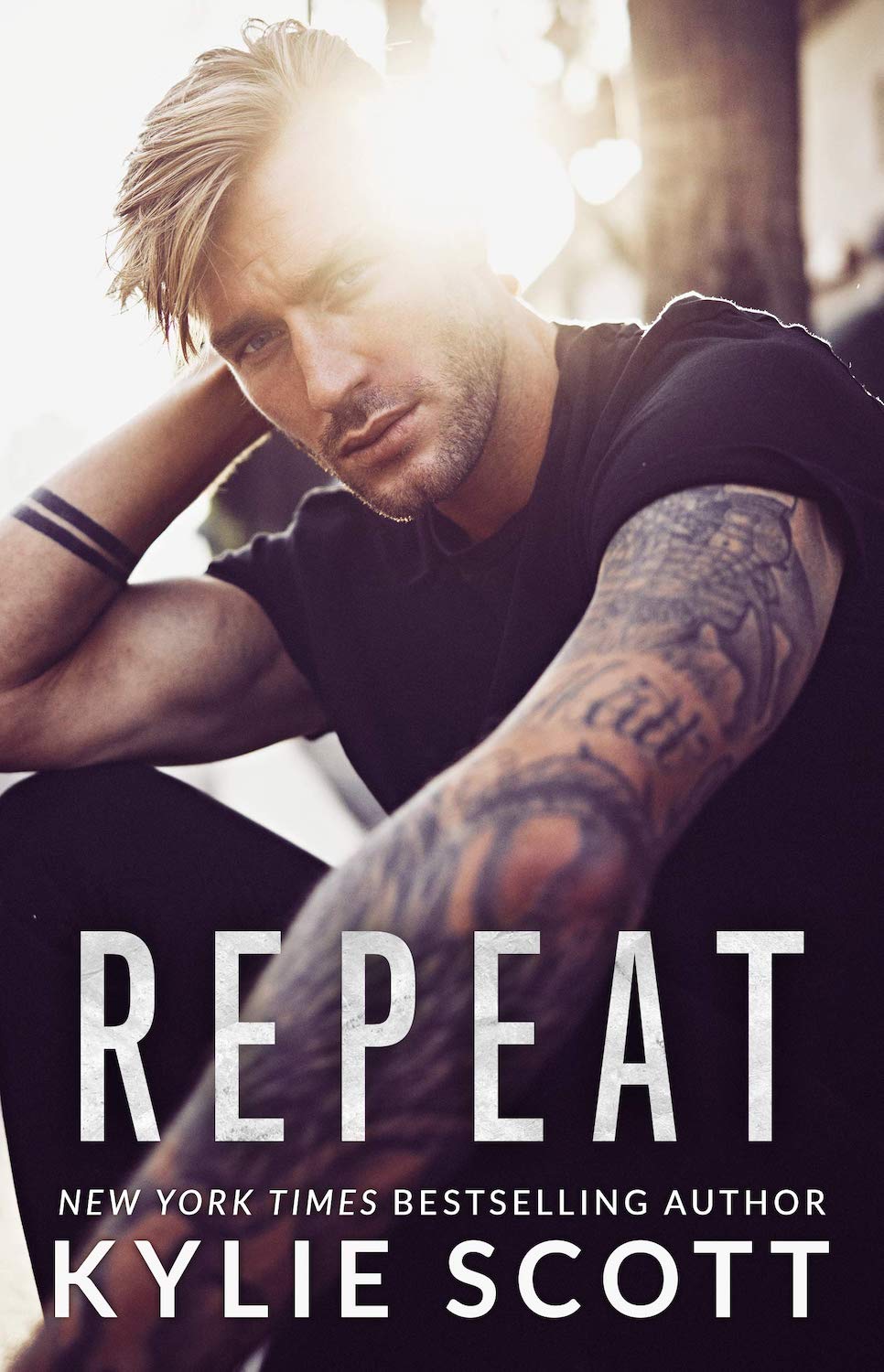 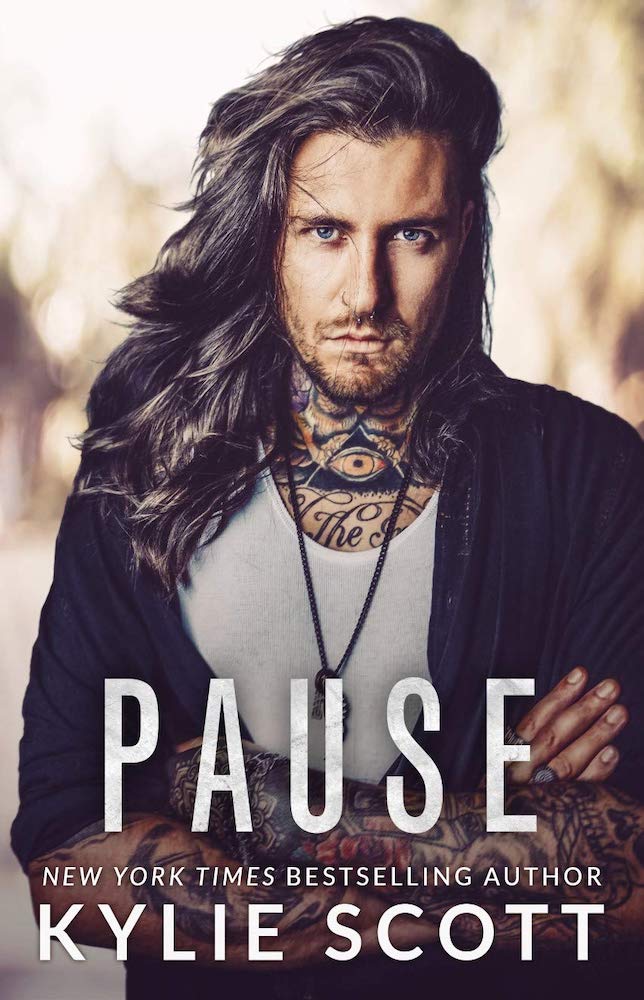