They say blood is thicker than water, but I was never proud of mine. A female born into the Kamlock bloodline was destined to possess three things they couldn’t change—a crazy as hell mother, an unfair amount of beauty, and a Charmed soul that was as black as night.

All a Kamlock woman ever desired in life was to use her beauty to destroy wealthy men and take their riches. A century had passed since a generation of Kamlock sisters had been anything other than gold diggers.

All I ever wanted was to be free of them. I knew I couldn’t change my cursed birth, but I could change its legacy. I had a job, I had friends, and I was slowly gaining my independence.

Until Rathe Scott crashed into my life and tore it apart.

He made me feel what I had spent my entire life never wanting to feel. He brought out a darkness I’d not known was inside me. And just when I thought I was becoming everything I had sworn I would never become…

Abbi Glines goes back to her Paranormal Romance roots with an all-new series, and I am honoured to share with you the cover of the first book set in this magical new world, as well as a first-ever sneak peek of Charmed Souls.

The door opened, and instead of Margo, it was Heath. He didn’t look hungover at all, but he did look as if he’d just woken up. “Mornin’,” he said and smiled at me. That was sincere.

“Good morning, sleepy head,” I replied, as he stepped back for me to come inside.

“Seems she only has fangs with me,” Rathe drawled.

I didn’t respond to that or watch him enter the apartment after me. Instead, I rolled my eyes at Heath. He forced a smile but shot Rathe an unamused frown.

I glanced toward Margo’s room. “Is she ready?” I asked Heath, hoping Rathe was headed to his room.

Heath covered his mouth as he yawned then he shrugged. “I just woke up. You talk to her already?”

I nodded. “Yes. We’re going to get breakfast. I had to escape my house.”

He didn’t need an explanation. “The wedding is tonight, ouch,” he frowned. “Is she acting like bridezilla?”

“She was born a bridezilla. She’s waited all these years to have a reason to unleash it.”

Heath laughed again. He knew my struggle with my sisters and mother. Not the exact extent of my struggles, but enough to know they were all selfish and cruel. “I’ll get dressed and take you to eat. I’m starving,” he offered.

“Okay, I’ll see if Margo is still planning on going too.”

Heath got an awkward look on his face before glancing at Rathe, who I had been ignoring, although I’d known he was there lounging on the sofa he’d went to after entering the apartment. I might not have looked his way, but I felt his gaze on me, and it was unsettling.

“Uh, you, uh, want to go?” Heath asked him, and I was sure I winced. Heath always being the nice guy. I admired that about him until this very moment. He didn’t like Rathe. Why was he trying to be nice?

“Thanks, but I’ll sit here and read in the silence,” he replied.

Without a moment to control my mouth, I blurted out, “You read?” His response had caught me off guard. I hadn’t expected that. He didn’t look like the guys I had known who read but then I hadn’t known many guys.

“Yes, Cat, I enjoy the written word.” His response didn’t sound insulted. Although he wasn’t smirking this time, and there was no sign of humor on his face.

I opened my mouth to apologize but snapped it shut again. Rathe and I were not going to be friends. He didn’t need me as a friend. He needed to keep his distance from me. Besides, I was sure his ego was larger than the Grand Canyon. He’d be just fine.

“I’ll go check on Margo,” I told Heath, who was frowning again. He either wasn’t telling me something about Rathe or he was trying to like the guy. I couldn’t figure it out.

I didn’t knock on Margo’s bedroom door. I just opened it and went inside, needing to get out of the same room as Rathe. His steady gaze was hard to ignore when directed at me.

Margo was splayed out on her bed, naked and lying face down. The light snoring noise and the fact her phone was still in her hand made it clear she wasn’t going to breakfast with me. She’d wanted to help me out, but it appeared she had failed at moving her body from the mattress.

I walked over and got the blanket that was on the floor in a crumpled heap. With a gentle shake to straighten it out, I tossed it over her body. As I turned to leave, I saw a familiar face in the corner watching me. Forever six years old. She was smiling at me.

The little girl, whose face resembled Margo so much, lifted her small hand and waved at me. I’d seen Mary the first time when I had been seven years old, only a week after meeting Margo and Heath on the school bus. She never left their side for long back then. Over time, she’d told me who she was and what had happened to her. Her siblings never mentioned her, which meant I could never say anything to them about her always being near them.

When I was younger, I’d made the mistake of telling people I didn’t know about their dead loved ones who were with them. It never went well. It had always brought tears. One lady in town had called me a witch and ran off crying after I told her that her mother was with her. She’d been correct, of course. I was a witch. But my sight was also something no Kamlock had ever been given. My mother chose to make fun of it as if I were making it up. I couldn’t prove it to her because I’d never seen any relative of ours. It was only with normal people. I often feared it was because we were absent of souls. I didn’t want that to be true, but it was the only thing that made sense. The only hope I had was the fact I’d never seen my father, and I knew he had a soul. He wasn’t born evil. He was good.

Copyright © 2019 by Abbi Glines. This excerpt is unedited and subject to change. 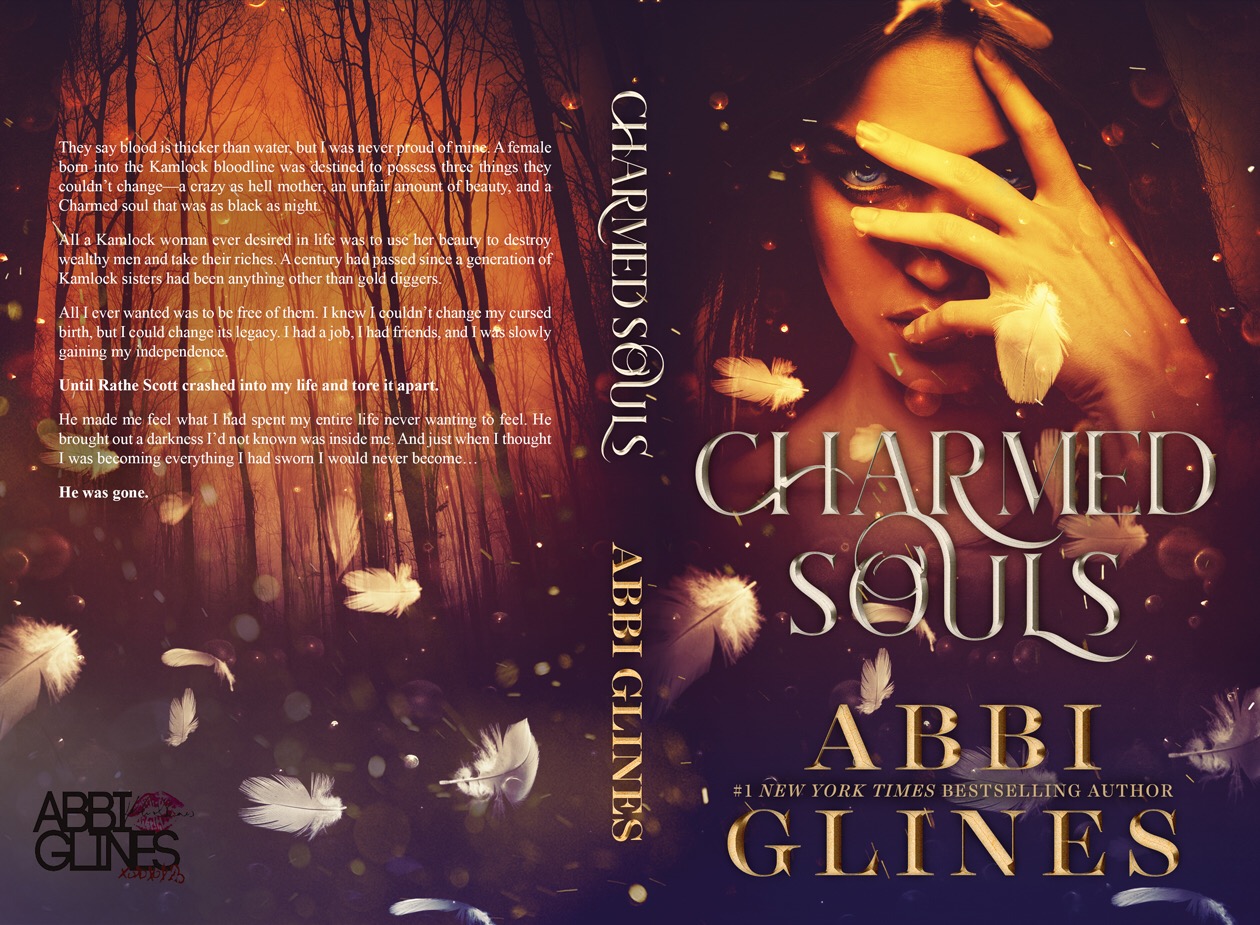