She handles cocky jocks for a living, but her love life isn’t as successful.

Brianne Prescott, publicist for Dare Nation Sports Agency, grew up the only girl with four brothers, three of whom are sports royalty. She’s a pro not just at work but at being used by men who want access to her famous family. She’s learned the hard way that everyone wants something from her, always.

He’s her brother’s best friend and the first man who sees her for who she really is.

When Dr. Hudson Northfield rescues Bri from a homeless man outside the clinic where he works, he really notices her for the first time. Soon she’s accompanying him to New York for a family wedding, and despite her siblings’ overprotective protests, they’re falling in love.

But Hudson has a secret he can’t reveal. If he wants access to a trust fund in his name, his father demands something in return. Hudson has to marry and provide an heir or his dream of opening a state-of-the-art health center will be destroyed. Suddenly the man who didn’t need anything from her appears to be the biggest user of them all. Unless Hudson can convince her he can live without money but he can’t live without her.

Carly Phillips returns to her sexy world of rich billionaire sports heroes—part of her Dare Nation series—and I have a sneak peek for you. This is Brianne Prescott’s story.

She rubbed her right side, but he knew better than to ask her to lift her short skirt for a look. If he had to see what kind of panties she wore beneath, he’d be hard as a rock, and she’d notice. He’d gone to a lot of trouble to hide his desire for Braden’s sister, but more than once, his best friend had called him out on it.

“Ice it tonight and tomorrow. Twenty minutes on, twenty off. And if it gets worse, we’ll get you X-rayed,” Braden said of her hip.

He opened the cabinets and removed items to irrigate the wound, clean out the gravel, put antibiotic ointment on, and wrap her hands in sterile gauze to keep bacteria out and prevent infection. Then he got to work, icing the area to numb it as best he could, cleaning and using a tweezer, carefully removing pieces of gravel.

Though she was stoic, he felt every wince and sharp intake of breath when he hurt her and was grateful when he finally soothed the area with Neosporin and wrapped her palms down to her wrists in order to secure the area.

After he’d cleaned up, he walked back over to where she sat, long, tanned legs dangling from the table, her precious black pumps with red soles tempting him. Fuck-me heels if he’d ever seen a pair, and considering his mother’s taste and the fact that he came from money, he was familiar with the cost of those heels. Sexy, they had him envisioning Bri’s legs wrapped around his waist, ankles crossed at his back, as he fucked her hard and deep.

He ran a hand over his face as if he could wipe away the erotic vision and reminded himself this was his best friend’s sister. His twin. And though he had a hunch Braden would be okay with him dating his sister as long as his intentions were good, if things went bad, he’d lose not only his good buddy but a family he’d grown to love. One he needed because his father, in New York, was a selfish prick who liked to make demands and pull strings, more so since Hudson’s older brother, Evan, had passed away suddenly last year due to an aneurysm that couldn’t have been detected or prevented.

But there was no denying the woman on the exam table tempted him anyway. “How do you feel?” he asked.

“I won’t lie. It’s uncomfortable, but I’ll be fine.” Her forced smile did little to convince him she wasn’t in more pain than she admitted.

“Don’t lie to me. I know it hurts, but the best I can offer is Extra-Strength Tylenol or ibuprofen.”

She nodded. “If you have some, I’ll take it now, please.”

He left the room to get the pills and some water and returned, watching her take the meds. She put the empty cup behind her. “Thank you, Hudson. I don’t know what I would have done if you hadn’t shown up when you did.”

“I’ve never known Jimmy to be violent, but he took things too far.” He stepped closer and grasped her uninjured wrists in his hands, ending up between her spread thighs. “I’m sorry you got hurt.”

Her indigo eyes met his, the unique color screaming she wasn’t a Prescott but a Dare. Paul Dare was her biological father via sperm donation, something the Prescott kids had learned when Paul needed a kidney and he’d needed the children to get tested. Now that the truth was out, it was a shock nobody had realized the truth sooner based on eye color alone.

“I’m just glad I had you there tonight.” Her gaze never left his.

He gripped her wrists tighter, leaning forward as if pulled by an invisible string, reeling him in, closer and closer to the woman and her tempting shimmering lips. Pulse pounding, he waited for her to stop him. For all the reasons he’d counted earlier, he almost wished she would. Because nothing but her saying no was going to prevent him from kissing her.

But her eyes gleamed with anticipation, and she leaned in until their mouths met and his world exploded. He tasted mint and Bri, a heady combination. One that surpassed anything he’d experienced before. His tongue slid against hers, and desire ripped through him, fast and furious, making him question how he could feel this much with just one kiss.

A soft moan escaped the back of her throat, and he swallowed the sound, nipping at her bottom lip. Her legs wrapped around his waist, ankles crossing. It was his dream come true except they were both fully dressed.

The kiss went on, hungry and full of desire until a sudden knock sounded on the door.

“I hear you rescued a damsel in distress.” Before they could react, the door swung open and Braden stepped inside, his astute gaze sweeping the room and landing on first Hudson, then Bri.

And Hudson had no doubt they both looked guilty as hell. 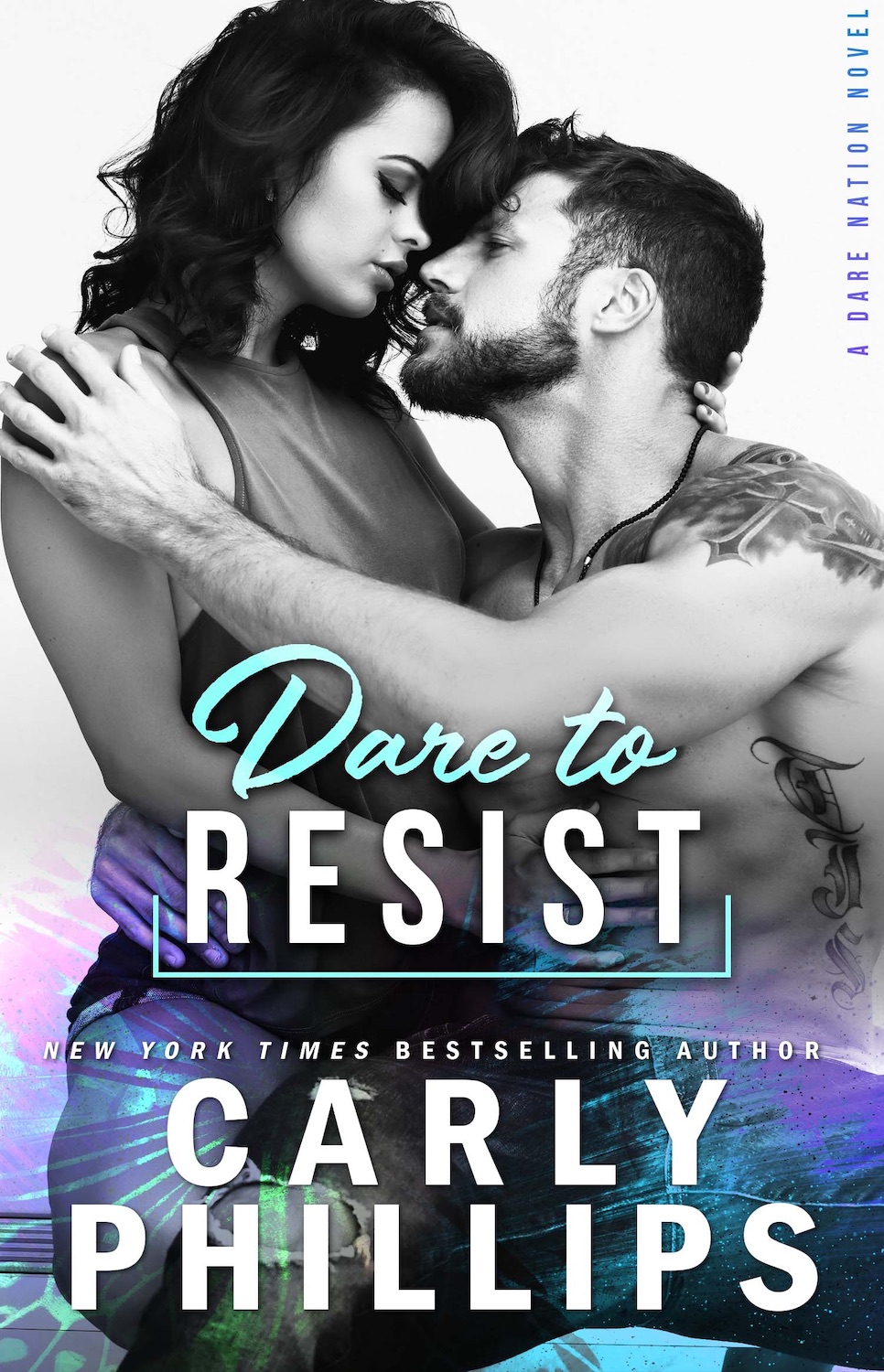 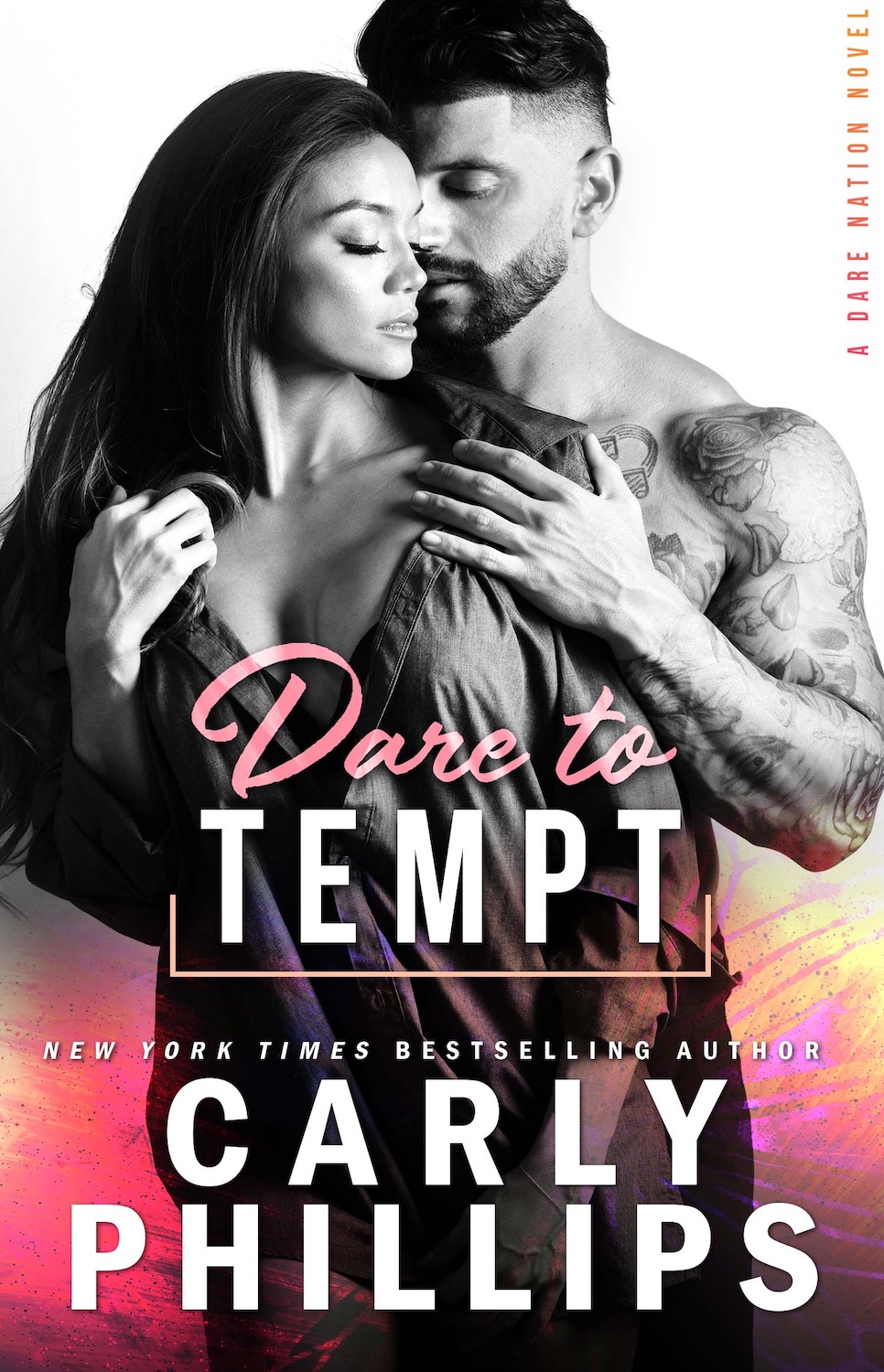 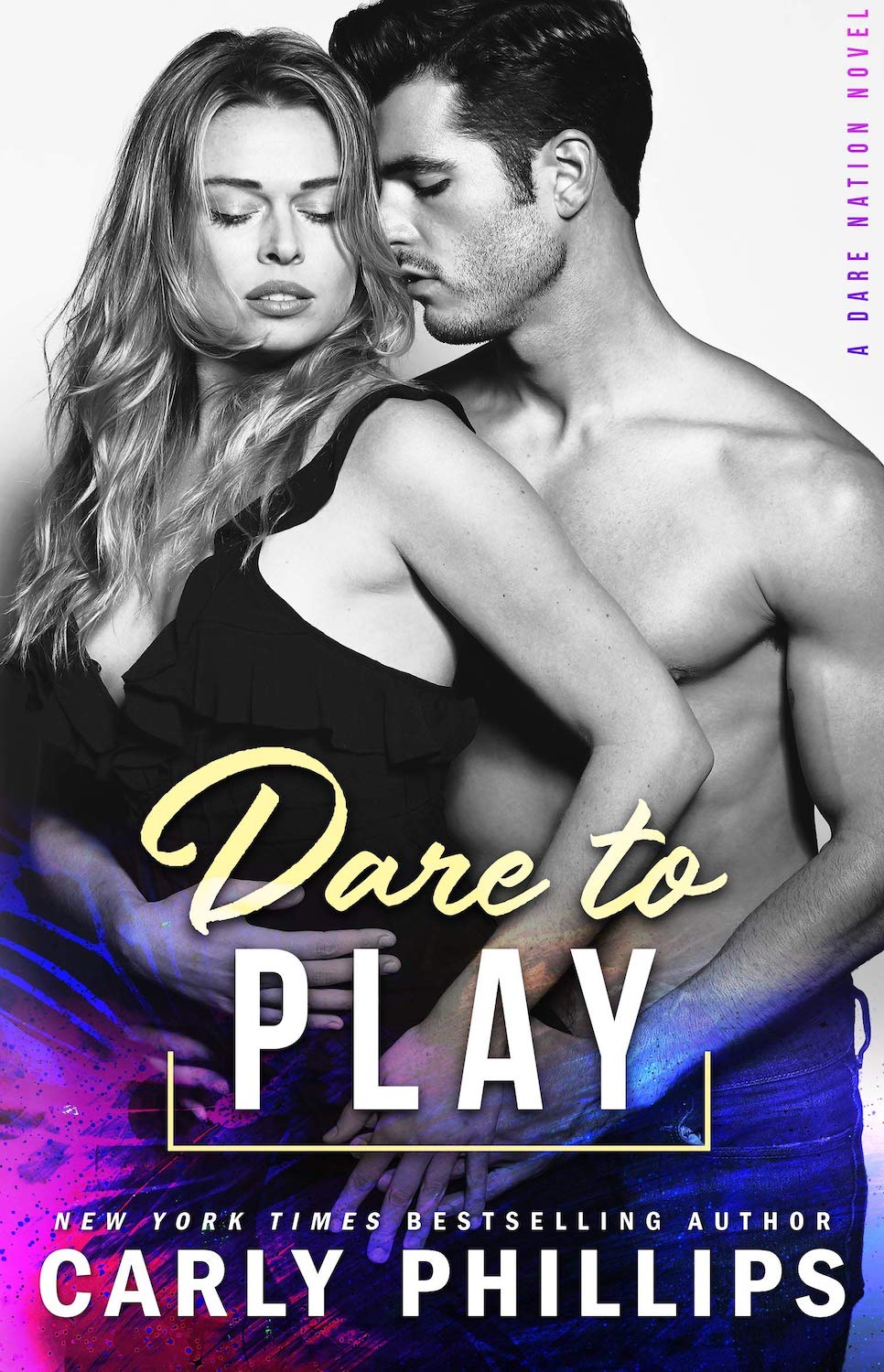 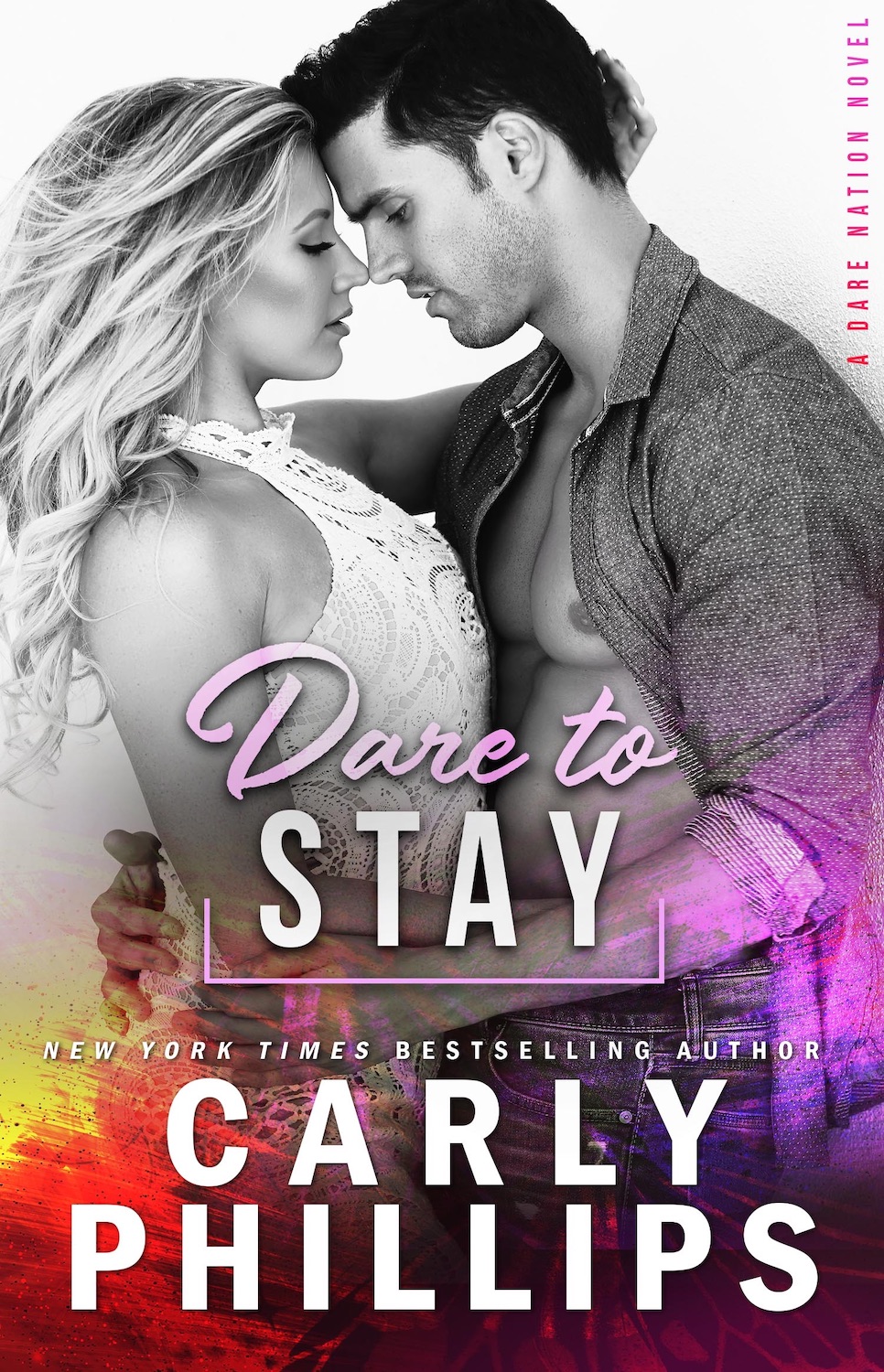 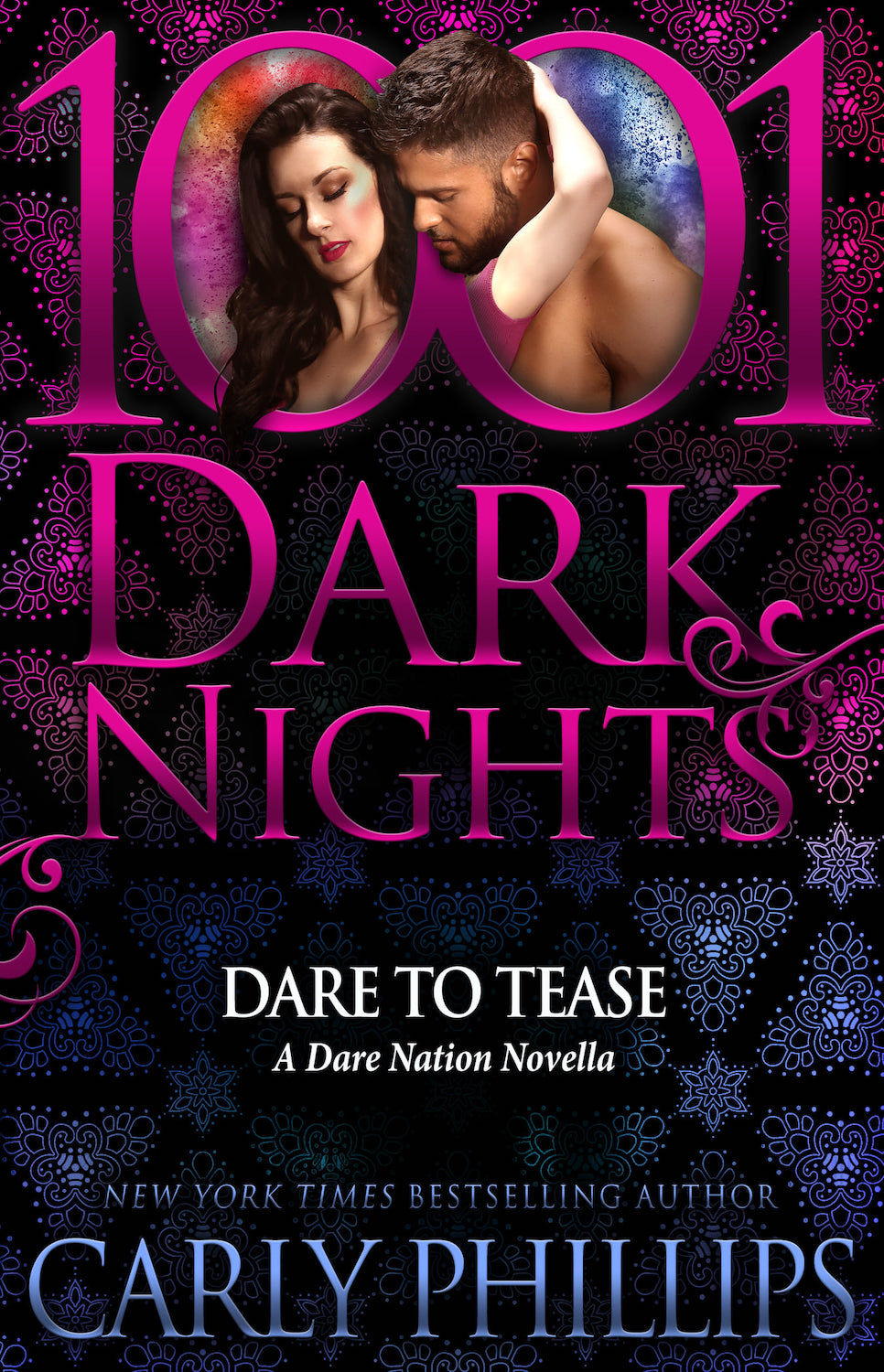