Maddox – Mad Dog – White hates everything the name Vitiello stands for, after he witnessed his father and his men getting butchered by the Capo of the Italian mob in their territory. Raised by his uncle, the president of the Tartarus MC, Maddox is destined to follow in his footsteps. Now their chapter is on the rise again, but for their ultimate triumph they need to destroy the Vitiello empire. And what better way to do it than to steal the spoilt Vitiello princess and break her piece by piece until her father begs for mercy.

Known as the spoilt princess of New York, Marcella Vitiello grew up in a golden cage. If your father is the most feared man in New York, people gift you with reverence.

Destined to marry the boyfriend approved by her father, Marcella is sick of being treated like an untouchable porcelain doll.

She resents the life forced upon her by her family until everything she took for granted is ripped from her. Where she’s now, her name doesn’t bring awe, only pain and humiliation.

If you’ve grown up in a high castle, the fall is all the deeper.

Sins of the fathers have a way of catching up . . . who’s going to bleed for them?

EXCLUSIVE EXCERPT: By Sin I Rise: Part One

Book Series:  Sins of the Fathers

An all-new Dark Romance is out this week from Cora Reilly, and I have a sneak peek for you. Maddox and Marcella’s love story will conclude in December.

The fierceness in Maddox’s voice caught me by surprise. “Why do you care? Or do you want me for yourself?” I asked.

I resisted the urge to rub my arms. That wouldn’t get rid of the dirty feeling on my skin where they had leered at me. Focusing on Maddox had helped a little. His gaze, other than that of his biker friends, hadn’t made me feel dirty. I wasn’t sure what it was about him that calmed and exhilarated me all at once. It was an absolutely irrational feeling.

Still, my stomach dropped when I thought of the recording that would soon find its way into the internet, onto millions of computer screens, even Dad’s and Amo’s. I hoped they wouldn’t watch. I also wished none of the girls who despised me would see me like that, but that was wishful thinking. They would all jump at the chance to see me humiliated. At the mercy of these bastards. I wouldn’t allow them to make me feel degraded.

Maddox stalked out of the cage and locked it, as if he couldn’t stand another moment in my proximity. He lit a cigarette and glowered up at the clubhouse but didn’t answer my question. I wasn’t blind. I had seen the way he looked at me, no matter how hard he tried not to look.

He took a deep pull from the cigarette and exhaled. “I’m a better choice than Cody,” he muttered.

My stomach coiled at the implication. The mere idea of Cody touching me made me want to throw up. Maddox, on the other hand…I wasn’t repulsed by his body, and I didn’t dislike him as much as could be expected. Not to mention that he was probably the only chance to get out of here. None of the other bikers had shown the slightest interest in my well being.

“You aren’t any kind of choice. Nobody asked me what I want.”

Fear overwhelmed me and I lunged forward, grabbing on to the bars. “What if Cody comes down here to get what he wants? I doubt your uncle would care.”

Maddox tensed, but I couldn’t read his expression when he turned to me. A few blond strands fell over his baby blue eyes and the gash that looked like a peculiar dimple deepened further as he scowled. “Cody can’t do anything without my uncle’s permission.”

Was that supposed to calm me? Cody was like a starving man who’d spotted his next meal when he looked at me.

Maddox’s gaze held mine and what I saw in his was pure hunger. I shivered and pressed even closer to the bars.

“You can’t let him have me,” I whispered. I could be yours, I let my eyes say. He wanted me, had wanted me from the very first moment. I needed him on my side if I wanted to survive this. I couldn’t rely only on Dad and Matteo to save me.

A war was raging in Maddox’s eyes. Maybe he realized why I was flirting with him. He flicked away his cigarette, stomped on it before he moved very close to me, only the bars between us. The dogs let out yaps of excitement. He brought his face so close our lips were almost brushing.

“I’m not stupid,” he growled. “Don’t think you can manipulate me. I’m not like that sappy ex-fiancé.”

His furious eyes darted down to my mouth, wanting, despite everything. He suspected me and yet he couldn’t stop wanting—wanting what he shouldn’t. I didn’t look away. I exhaled, then drew in his scent, a mix of leather, smoke and sandalwood. Nothing I’d ever appreciated but Maddox made it work. My body wondered, longed for something I’d been denied for so long.

“Who says I’m manipulating you?” Then I amended. “But even if I were trying to do it, you don’t have to let me succeed. You could just use me like you think I’m using you.”

“I don’t have to use you. You are at our mercy, Marcella, maybe you forget. I could do with you whatever I want without any consequences whatsoever.”

“You could, but that’s not who you are. You want me, but you want me willing.”

Maddox’s knuckles turned white as his grip around the bars tightened.

“No, I don’t. But I know one thing for a fact,” I whispered and then brushed my lips so very lightly over his, trying to ignore how my body heated from the light contact. “You can’t stop thinking about me, and after today you’ll dream about my body and how it would be to touch me every waking moment and even when you sleep.”

He jerked back from my lips as if they’d electrocuted him. I too had felt the zap rushing through my body at the brief kiss. “Don’t play with things you can’t control, Snow White. You don’t know what you’re getting yourself into.” He turned around and left. He was probably right. Maddox was a different type of man than I was used to. He was crude and didn’t have an ounce of respect of my father. He’d love to piss him off. But that was part of why I was drawn to him, despite the horrible situation. Not that my desires held any meaning. I needed to get out of here, no matter how. 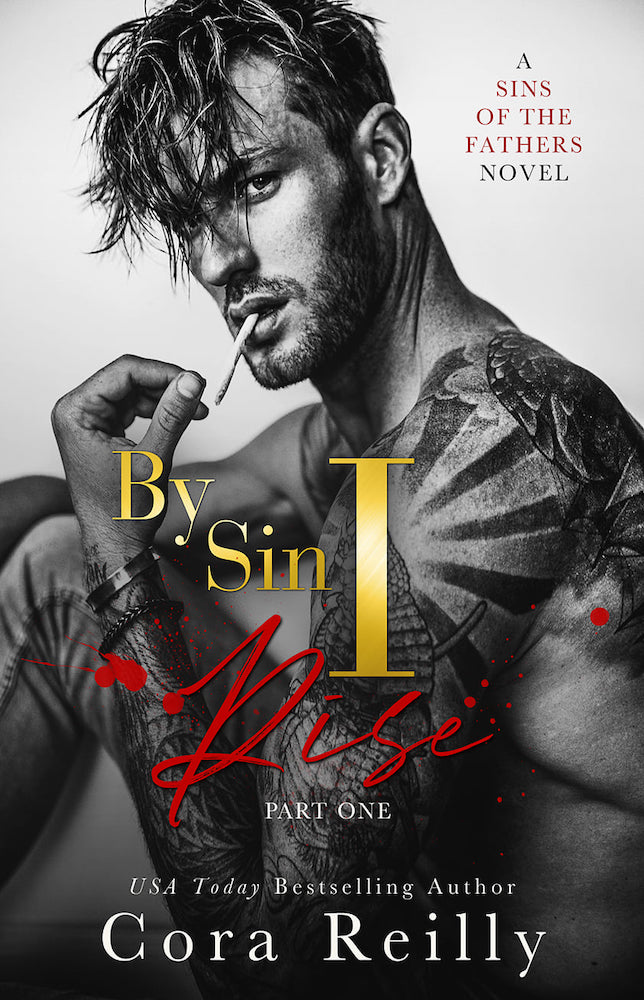 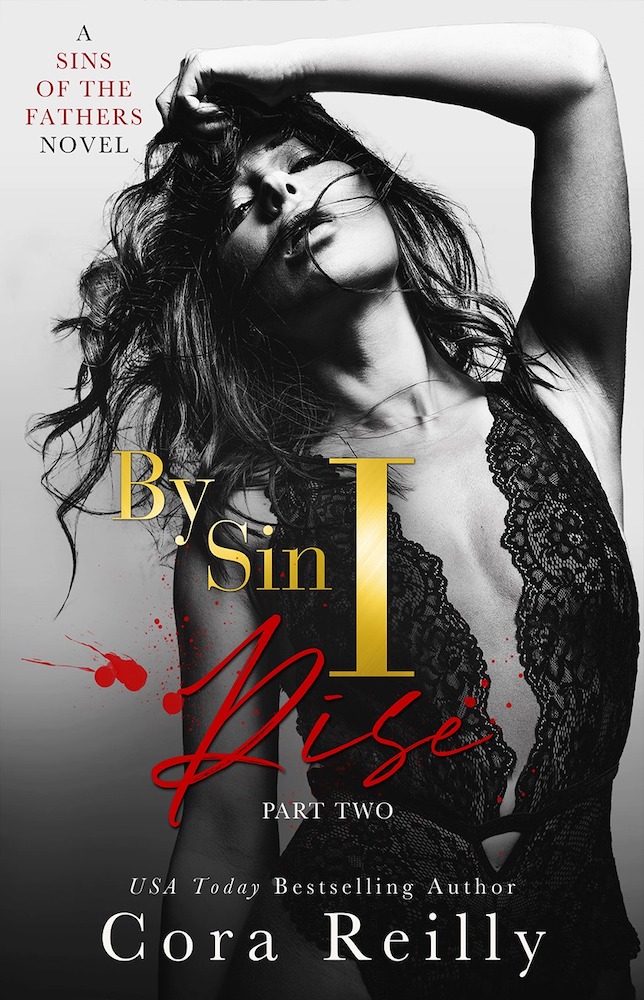 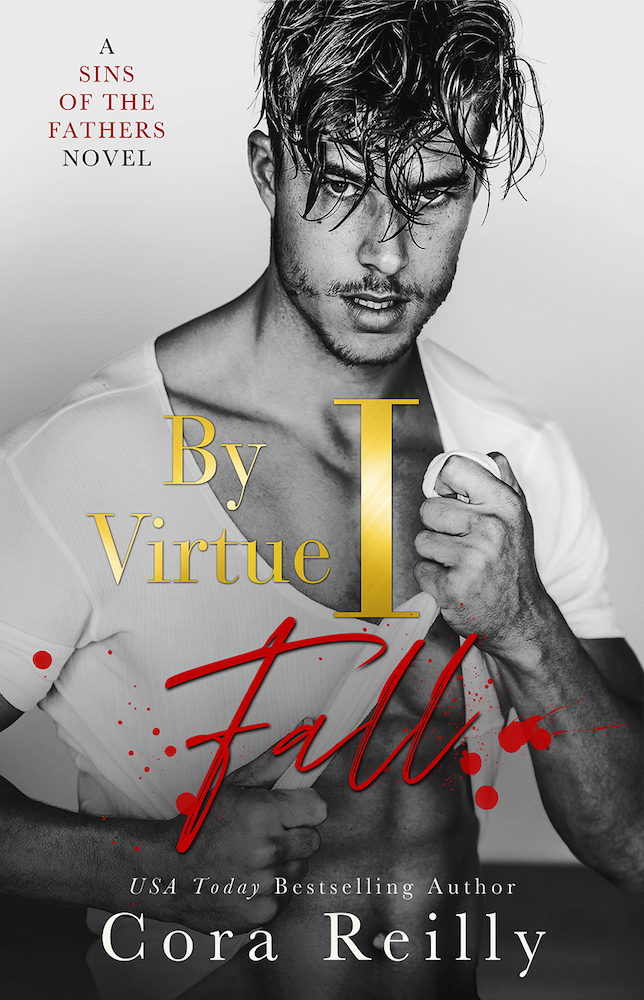