On the surface, Cameron Hass always seems a bit risky. First to take the dare, last to leave the tracks in the face of an oncoming train, the Boston rebel has always liked to flirt with danger. But underneath, he’s terrified. Not about breaking an arm or getting pulled over for driving twice the speed limit, but about the man he’s going to become when he graduates from Welles Academy. His role models have never really been much to look up to.

Brooklyn Bennett, on the other hand, always appears to have it together. Every button is done, every hair in the perfect place, every grade not just an A, but an A+. Beautiful, smart, and from political royalty, Brooklyn set her future goals at the age of five, and she’s never strayed from the path of following in her parents’ diplomatic footsteps.

Surviving a terrifying car crash her junior year left Brooklyn questioning a lot of things. Losing her best friend left her feeling alone. But Cameron’s always been a good listener. And messy or not, his heart has always been in the right place. And when Brooklyn needed someone, he was right there. Maybe . . . he’s been there all along.

But how do chaos and rules go together? And what happens if the rest of the world wants to keep them apart?

Ginger Scott is taking us back to Welles Academy this week, and I have a sneak peek for you from the second book in the series—an opposites attract, friends-to-lovers, forbidden romance.

I’m operating on what ifs without any details, and I’m spiraling to the most negative places my mind will go. Meanwhile, one of the kindest boys I’ve ever known kissed me in a way that made my heart explode with happiness last night. And when he hinted that maybe we do more—more kissing . . . and other things—I said yes. I was swept up by it all. I was happy. Still am. It’s buried, however, underneath all the shit.

Knowing I have to get my ass out to my car soon, I rock myself to a sitting position, expecting my legs to be sore. And they are. Only, not as badly as I expected.

“Son of bitch, that cold water works,” I mutter to myself.

I ball my hands into fists and press along my thighs then grip at my knees and squeeze. My lower limbs are definitely fatigued, and the muscles hurt, but nothing like that first day after climbing.

I slip out of my sweatpants and Cameron’s sweatshirt, which I bury under my pillow, not quite ready to give it back. I’m putting off the inevitable, perhaps, but sleeping in something of his felt nice. I want that option for one more night.

It’s a good day to wear a sweater tunic, boots, and leggings. I complete the office casual ensemble with a messy bun then grab my tote bag and phone just as it buzzes with a message from Cameron.

CAM: What’s wrong? I should never be earlier than you.

My stomach sinks. First with panic that I’m late and second at the reality I’m going to have to sort through in the next few minutes. I’m about to drive into the city with him. I’m going to spend extra time with him getting coffees. And then I will spend my entire day thinking about the time we’ll be together on the ride home. And I want to be with him. I want to be excited about it. I want more kissing. But nobody wants us to go down this path. I can’t even tell my friends about it because their opinion of him is so tainted. They see someone who isn’t serious.

My chest begins to burn with the threat of self-pity and gloom. I cut that feeling off fast, forcing a smile on my face as I snap a quick selfie and send it to Cameron with my message.

ME: Heading out the door.

I stop at my door upon reading his instant reply. Thing is, I think he means it.

My head conks on the wood, just below the BTS poster Morgan put up when we moved in, and I kick the bottom with my boot a few times, cursing under my breath. Shoving my phone into my bag, I give it one last check to make sure that the coffee order and hundred is still inside and head out with my key fob in my hand.

I press the remote start and unlock when I’m within range and Cameron is already sitting inside comfortably by the time I reach him. If it’s even possible, he’s somehow more adorable today. Maybe it’s the post-kiss-bliss coloring my lenses, but I swear he put in some extra effort today, unlike me. Black pants, crisp white shirt, skinny black tie, and suspenders, he looks ready for a charity auction where he is on the docket. He pulls one foot up when I open my door, resting it on the dash, and I smirk at his Mickey Mouse socks and white Vans.

“I’d tease you about being a little liberal with the whole office casual thing, but you had me at Mickey.” I hold a hand over my heart and tilt my head, temporarily forgetting all of the turmoil that dooms us.

Five minutes late to the freeway and the traffic on the way into the city is a whole different environment. I hate being late, and I’m terrible at hiding my stress. After the fourth lane change and twenty minutes of sitting as close as possible to the steering wheel, Cameron calls me on it.

“I’m gonna suggest you skip the coffee today,” he says.

He simply nods toward my hand, which is beating the top of the steering wheel with the speed and force of the drummer in a metal band. I halt it immediately.

“Yeah,” he says through a soft chuckle. His foot still on the dashed, he’s practically lounging in the passenger seat without a care.

His laughter picks up and he holds out his open palms.

I glare at him with wide eyes for a second then look back at the bumper-to-bumper traffic ahead of me.

“And that’s not professional,” I explain. “Cameron, I work at the mayor’s office. This is important to me. Maybe your internship doesn’t mean anything to you, but mine—”

“Stop there. You are going to say something you’ll later regret, and I don’t want regrets near us. Regrets are dangerous.”

His sudden serious tone pulls me out of my manic state, and my mouth snaps shut as I glance between him and the red taillights glowing in front of me. Cameron shifts in his seat, both feet now on the floor, his elbow on the passenger windowsill, thumbnail between his front teeth.

It starts to rain. My wiper blades automatically begin to clear the window, the first few passes rough screeches against the glass. My instinct to panic threatens to boil over again, knowing this will put us even farther behind, but I stop myself, instead looking to my right where Cameron stares out the window.

Without realizing what I’m doing at first, my hand reaches across the console toward him, my movement enough to catch his attention. His hand meets mine in the middle, fingers grazing over palm until we’re locked together. The softest smile hits his lips, which prompts one of my own. I’m in this now. No regrets. 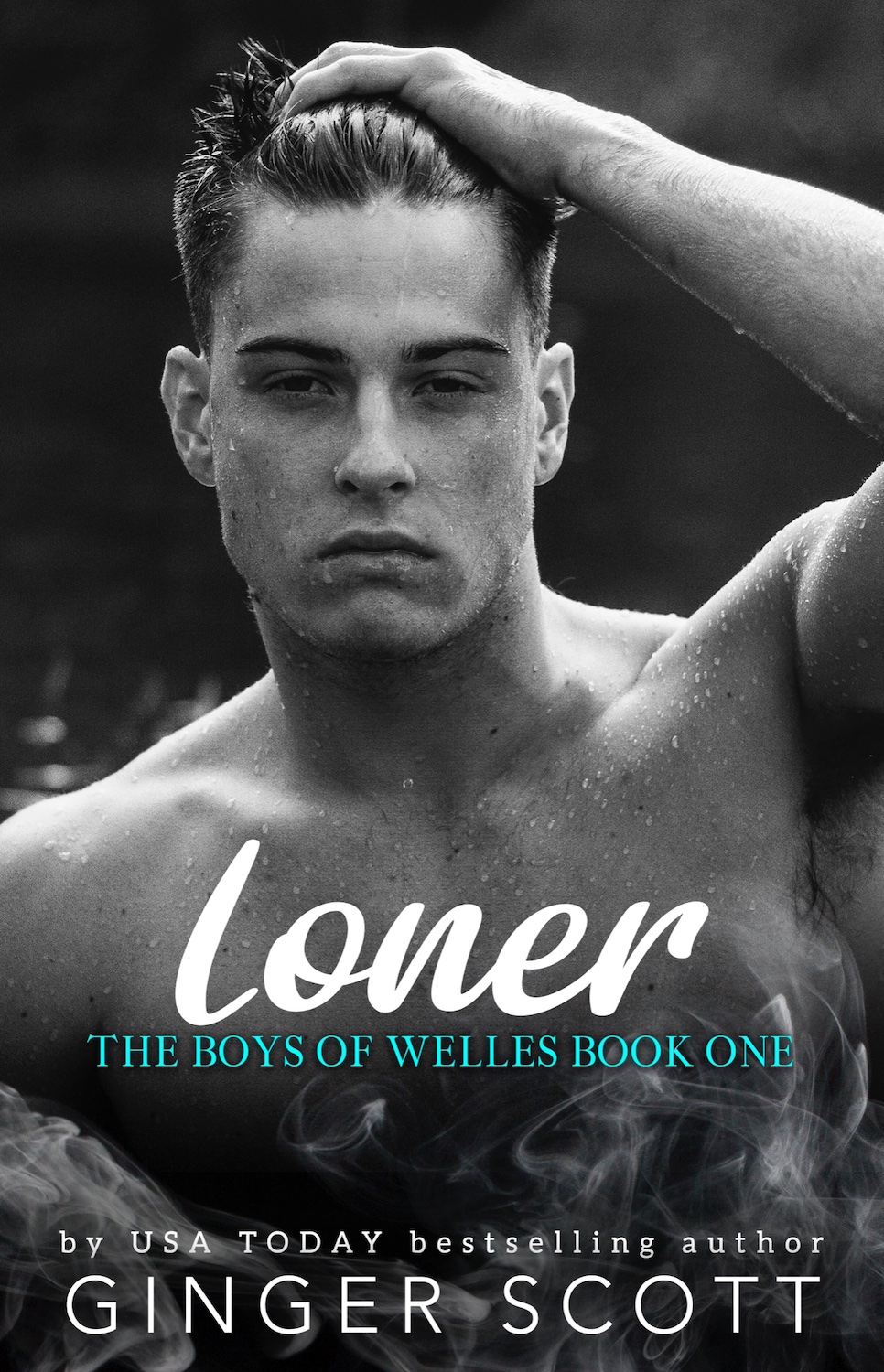 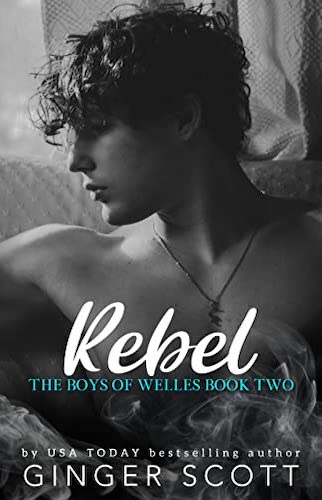 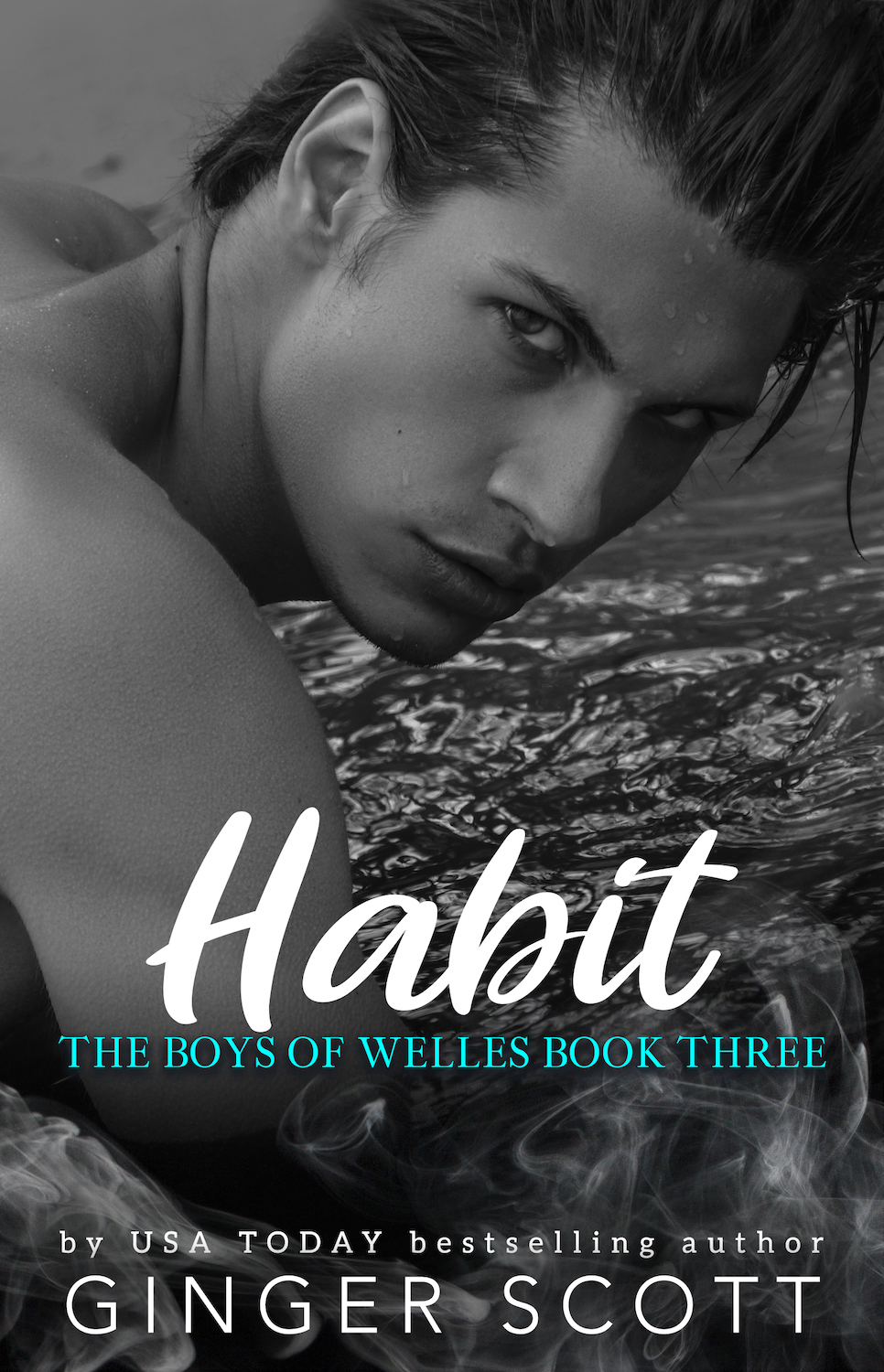