The problem with a self-appointed bodyguard that you have feelings for is that they are right up close and personal every damn day, and when they look like Evan Roark, they’re impossible to ignore.

I didn’t think I’d live another day. It’s been almost ten years since I escaped to a life I could never imagine. And to a man I can only dream about. Evan Roark has been my beacon, he’s been the man who’s shown me that men who are strong can also be safe. After almost a decade, I’m finally ready to take back my life and remember the woman inside me, the woman who wants, who needs, who loves, who feels, who craves … only he’s made it clear I can’t crave him. But I haven’t made it this far to make a new life only to fail now. I want him to be the one to help me erase my past and get over my fears. And if he wants to be all up in my space being bossy and overprotective, and looking so hot, then I can’t help it if I’ll try anything possible to get him to touch me.

Nine years ago I asked my best friend, Xavier, for a favor, a way to keep Andrea safe. While I run security for him and guard his family against all threats, I can also keep her close. I keep her close, but never touch. But when she paints a target on her back by filing for divorce, I’m forced to make a choice, and it’s her I have to protect. And now she’s calling my bluff, letting me know she’s ready to finally trust another man to hold her, to touch her, to love her… It’s killing me. I want it to be me, but I can’t be both her lover and her protector. If I give in, then I won’t see the threat coming. I know what happens when I get distracted. People get hurt.

But she’s making it so … damn… difficult.

What will it take to have them both give in to what has been there for longer than either of them knew?

Natasha Boyd (writing as Tasha Boyd) takes us back to the South of France with an unputdownable will-they-won’t-they love story—featuring a woman whose life was stolen by an abusive husband, and the man who’ll help her remember the woman she is inside—and I have one of my favourite scenes for you.

Marianne’s spare swimsuit is a tiny fire engine red bikini that barely covers Andrea’s assets. Her curves are on full display. I immediately sit my ass down on the rock since my swim shorts won’t be able to hide my reaction. Not after what happened earlier today. Apparently I haven’t quite doused that fire.

I take another sip of beer, grateful for the millionth time I invested in the darkest sunglasses known to man so I can perv the shit out of her body. Just for a moment, obviously, before I pull myself together. Fuck me. I’m finished. I’ve been avoiding looking at her like this for years. But now I’ve blown up every boundary I ever had with that kiss.

I can tell immediately she’s uncomfortable but fighting it. She bobs her chin up and squares her shoulders. Marianne whispers something to her and squeezes her arm, and Andrea gives a small smile. Her eyes skim over me. She keeps herself slightly angled as they approach, laughing at something else Marianne says. Marianne’s suit is blue and not exactly cut any more generously, but I only have eyes for the woman next to her. I’ve never seen her in a bikini, she always wears a one piece, and even then it’s rare she ever swims when I’m around. I’m going to have to do my best to pretend I’m used to seeing her this way.

They come to the edge where Cyril whistles at Marianne and cajoles her to come join him in the water. Andrea turns to me. “Hi,” she says. “You coming in?”

“Are we speaking to each other?” I ask because I was expecting her to still give me the cold shoulder after what I admitted to earlier and our argument.

Putting a hand on her waist, she cocks a hip to the side. One eyebrow raises in challenge. “I guess we don’t have to.” She bites her lip nervously. “But I’d really like to know if you like this swimsuit.”

So much for pretending I hadn’t noticed if she’s going to make me address it outright. My ribs tighten as I realize she’s nervous as shit but playing confident. I suddenly feel so proud of her, which is really not my place.

Frederic takes a running jump, making the other two squeal and yell as he hits the water. It’s just Andrea and me left.

I decide she needs the truth. I can give her at least this, if nothing else. I take off my glasses so she can see my eyes and drag my eyes slowly up her body. I make sure to lewdly pause at the little triangle between her legs, her soft belly, then again at her barely covered breasts. I lick my lips and watch goose bumps ripple across her arms before finally bringing my gaze up to meet hers.

Her mouth is parted, her eyes dangerously dark. Unfortunately my perusal also affected me, but I fall back on my ability to school my expression and tone. “Is that what you’re calling it?” I ask.

She swallows, even more nervous now. “Well? I’m assuming you like it?”

“Yes,” I admit. I’m already in hell, so one more ounce of truth won’t make it worse. “I can’t get up right now because there are children present who would be scarred for life. Does that answer your question?”

“I guess it does.” She smiles, and it’s brilliantly wide and guileless.

Then she takes her hand from her waist and turns toward the water, and something snaps in my chest. The sharp winded sound I make draws her eyes back to me.

She has an old and angry jagged scar on her side from just below her ribs to the top of her hip bone.

“He did that.” I manage in a hoarse whisper.

My mouth is dried out when I try to swallow. I tighten my grip on the beer can to stop my hand shaking and hear the sharp crack of crushed metal. I’m sick with rage. I want to kill that fucker. I want to watch him die. The violence of the thoughts shock me. It’s going to be a real fucking problem. I’m going to have to tell Pete, and I’ll definitely tell Xavier in case I end up needing a really good lawyer. “Sunflower.” I choke. “Can you talk about it?”

“I’ll tell you. I will. Just not now. Evan?” Her eyes are glowing, and she blinks away a sheen. “Thank you.”

“What the hell for?”

“For making me feel desirable just then.” She says it like it’s an alien concept. “But more than that,” she goes on before I can formulate a reaction. “Luckily, thanks to you, I’m forewarned. I was shocked before when you told me everything. You violated the privacy I asked you for. But I know you only crossed the line into my privacy because you care. And it turns out you were right to be so concerned. That shock was nothing compared to knowing he saw me last night. To be honest, I think on some level I knew he would come, and I definitely knew I was being careless. And I’m guessing you did too. I pretended he wouldn’t come because I wished so hard it wasn’t true. That he’d moved on. I just want to move on and for that chapter of my life to be over. I’ve waited so long for it, and I’m scared it will never be over. I’m scared, and I took it out on you.” Her gaze dropped. “I always do,” she added quietly.

She could take anything out on me always. One day she’d realize that. Her bravery in admitting all that to me and also coming out here in that bikini and showing herself to me, to the world, after hiding the evidence of her pain for so many years, takes my fucking breath away.

“Tomorrow I have to face the reality of him,” she continues. “But for tonight, I’m safe out here in this beautiful corner of the universe. And I’m safe with you. Right?”

I stand up. We’re only steps apart, but I don’t touch her. I can’t. Not now. It’s better when she’s in charge of that anyway. And after how vulnerable she’s just made herself, I don’t want to show pity either.

But more than that, I realize how far in over my head I am. I’m no white knight. She has a battle to fight herself, and I’m just the sentry. I’m guarding the walls and that’s it. And today I took my eye off the ball. I failed at that one simple job. Because today, while I had my tongue down her throat, Angus could have walked right down that road, and I’d have never seen him coming.

Yes, she is safe with me. Now.

But today she fucking wasn’t.

She needs someone she can depend on, not someone taking advantage of her newfound bravery. I told myself I wouldn’t ever cross a line with her, and yet that is exactly what I did by kissing her. Jesus, I want to punch my own face in.

I wait until she looks me in the eyes before I speak. “You’re so brave and so fucking beautiful. You know that, right?”

“And you will get through anything. You’ve already proved you can. Come on.” I step to the edge, hold out my hand, and she doesn’t hesitate to take it. “Jump.” 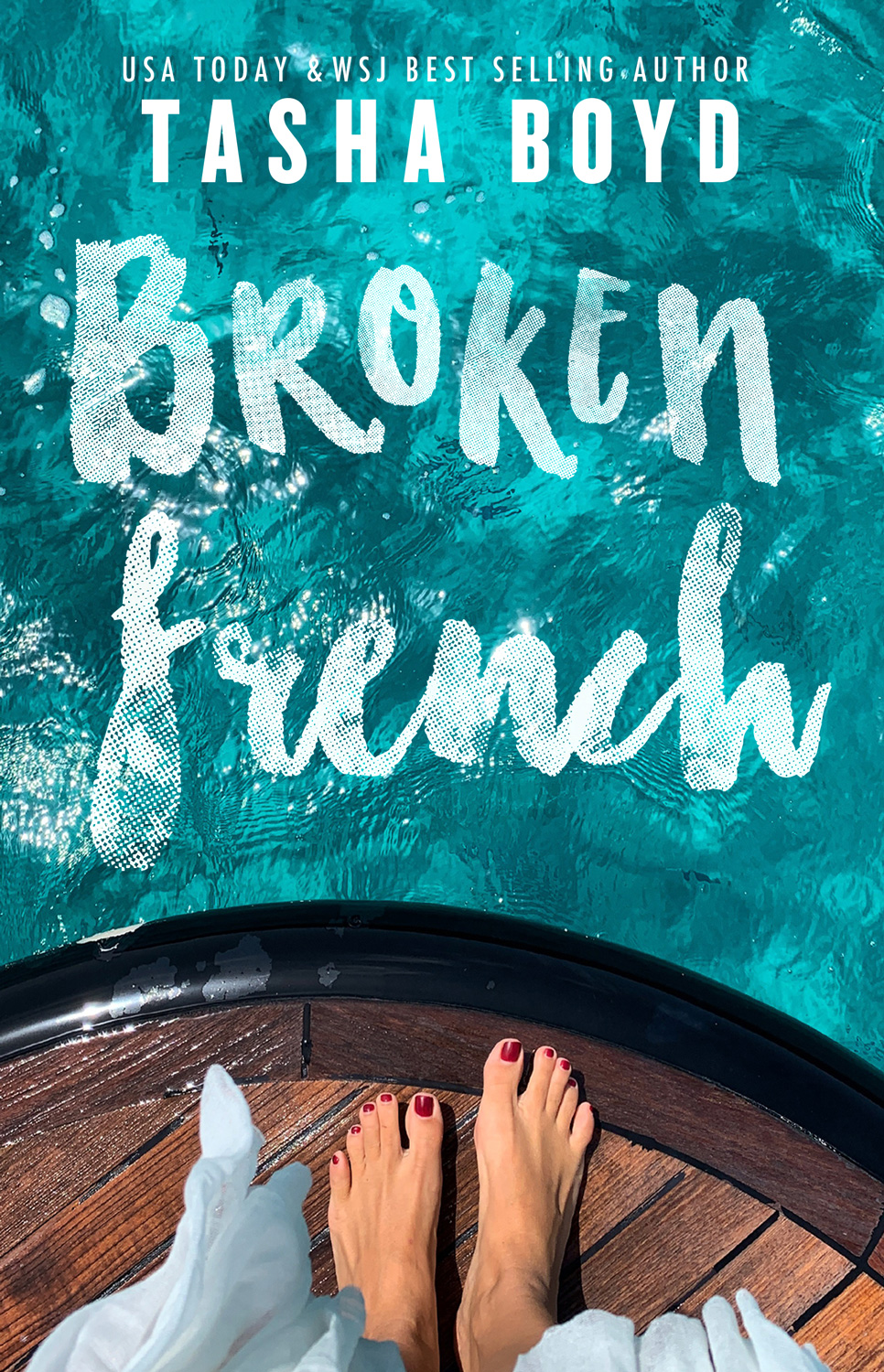 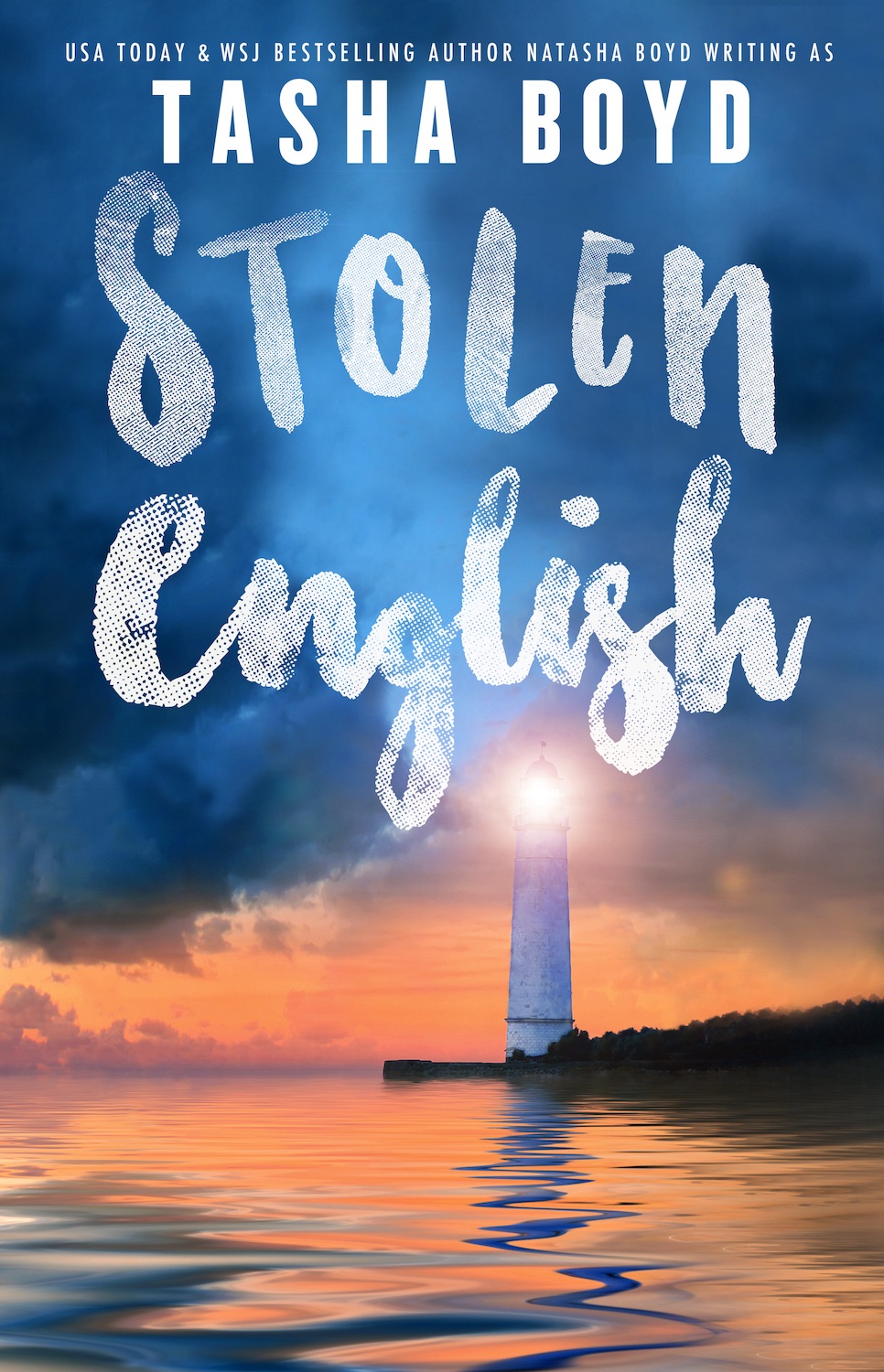