Four years ago Kacey Cleary’s life imploded when her car was hit by a drunk driver, killing her parents, boyfriend, and best friend. Still haunted by memories of being trapped inside, holding her boyfriend’s lifeless hand and listening to her mother take her last breath, Kacey wants to leave her past behind. Armed with two bus tickets, twenty-year-old Kacey and her fifteen-year-old sister, Livie, escape Grand Rapids, Michigan, to start over in Miami. Struggling to make ends meet, Kacey needs to figure out how to get by. But Kacey’s not worried. She can handle anything—anything but her mysterious neighbor in apartment 1D.

Trent Emerson has smoldering blue eyes, deep dimples, and he perfectly skates that irresistible line between nice guy and bad boy. Hardened by her tragic past, Kacey is determined to keep everyone at a distance, but their mutual attraction is undeniable and Trent is determined to find a way into Kacey’s guarded heart—even if it means that an explosive secret could shatter both their worlds.

“I have dozens of steel pins and rods through my body, holding me together. Physically. Nothing but ten tiny breaths holds the rest of me together.”

One of the most fulfilling aspects of being an avid reader is coming across stories that not only capture your attention from the start and keep you glued to the pages from cover to cover, but also change something inside you and leave a part of them behind, a sliver of hope to hang onto, a new ‘lense’ to view life through. This book changed me. This book made me re-examine my own life and forced me to take stock of it. It is stories like these that you want to take note of and make them count.

Kacey is a girl who is broken. A terrible tragedy took almost everyone she has ever cared for away from her, shattering not only her body but also her soul, leaving her with nothing else in life except the scattered remnants of the person she once used to be and a younger sister she dotes on. While her body might have healed and recovered fully, Kacey has never properly dealt with her trauma, bottling up the emotional pain and allowing anger to rule her every action. She now walks through life like a ticking bomb waiting to explode, one that can be triggered by anything and everything that potentially upsets her fragile exterior.

“I’m not Kacey Cleary anymore. I’m an empty shell who cracks inappropriate jokes and feels nothing. I’m a Kacey imposter.”

The story starts with Kacey and Livie running away from the only home they have known since the accident that changed their lives, hoping to start afresh in a new city far away from the constant reminders of what they lost. They move into an apartment block where privacy and anonymity are not always possible, forcing them to make friends and learn to trust others again.

And then Kacey meets Trent. The last thing she ever imagined finding is someone who would be able to touch her heart again. Trent sees through her defense mechanisms and all the ways she tries hard to repel others. He enters her life like a warm tide, gently, carefully, patiently. He senses all her reservations and fears and he gives her time to adjust.

“In no time, this guy has created permanent fissures in my carefully constructed suit of sanity, and I don’t know how to fight against it, to protect myself, to keep him out.”

By letting him under her emotional armour, Kacey’s resistance slowly starts to dissipate, offering her little flashes of hope that she could be whole once more. But the kind of silent fury that has been brewing inside Kacey without ever being properly addressed only awaits its moment to erupt again. Once it does, it has the power to crush her completely and permanently.

This is a story of forgiveness, redemption, facing one’s worse nightmares in order to find relief from them. It is also a story of hope, friendship, sisterly love, and love between the unlikeliest of broken souls. Kacey is a young woman desperate to find something other than anger to fuel her spirit, Trent’s love being both her undoing as well as her salvation.

“I wonder if there’s any chance … what if … Inhaling, I look up into his face and see a world of calm and possibilities. For the first time in four years, the thought of a hand covering mine doesn’t send me into a dizzying spiral down.”

The connection between Kacey and Trent is carefully developed as it is crucial to the storyline. It shows the healing power of love, both received as well as given, making their relationship the focal point of Kacey’s journey of forgiveness. However, every other secondary character counts and plays a role in Kacey’s healing process. The story itself feels like a puzzle that comes together piece by piece. Our heroine’s heart is broken but it is hopeful to recover from the hatred that has been defining and confining it for too long.

“I want to make you smile. For real. Always. We’re going to go for dinners, and see movies, and walk on the beach. We’ll go hang gliding, or bungee jumping, or whatever you want to do. Whatever makes you smile and laugh more… Let me make you smile.”

A spectacularly written story, an emotional joyride that simultaneously warms the reader’s heart while also breaking it and putting it back together. An absolute must-read.

“Give me your heart, Kacey. I’ll take everything that comes with it.” 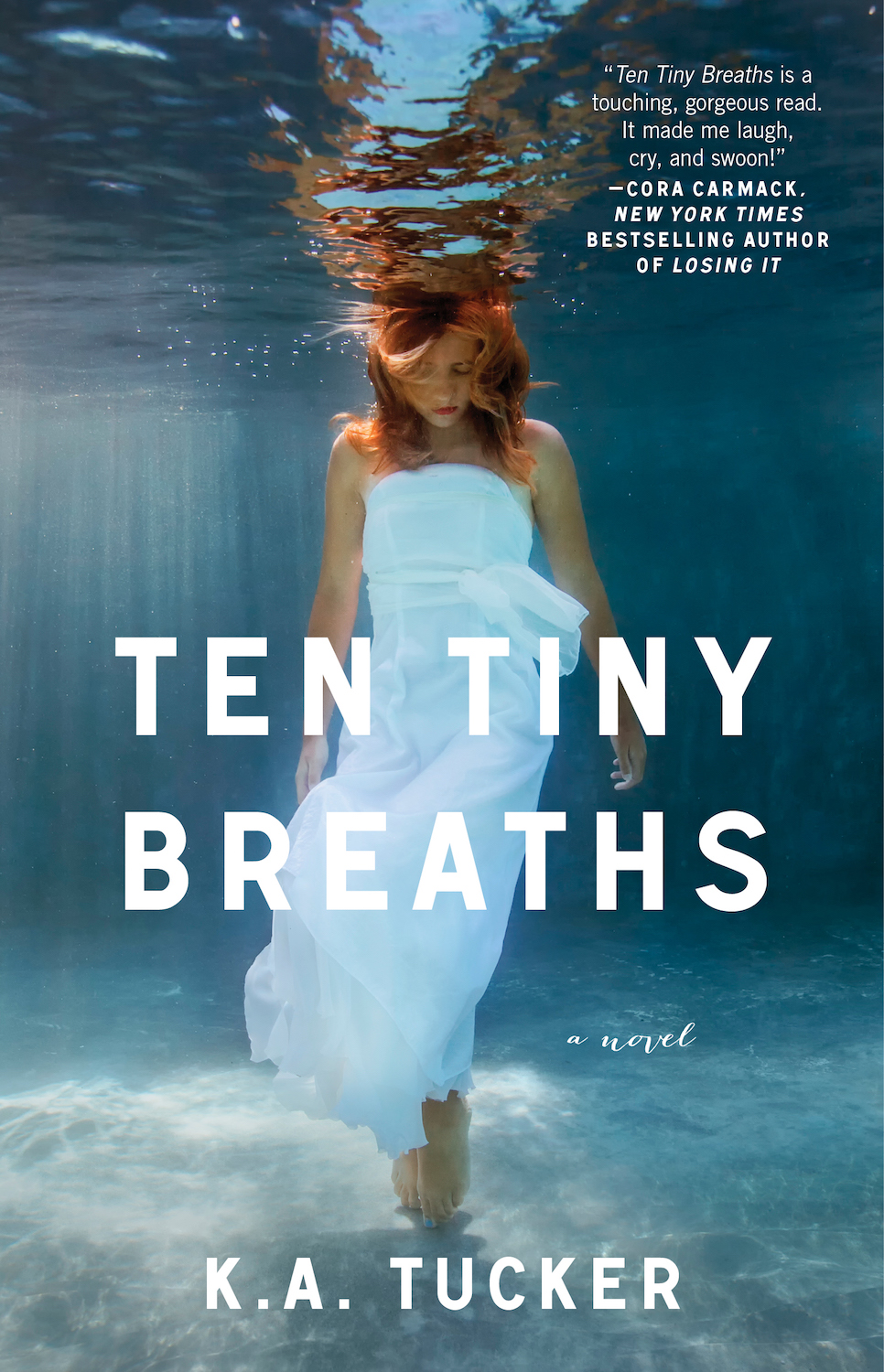 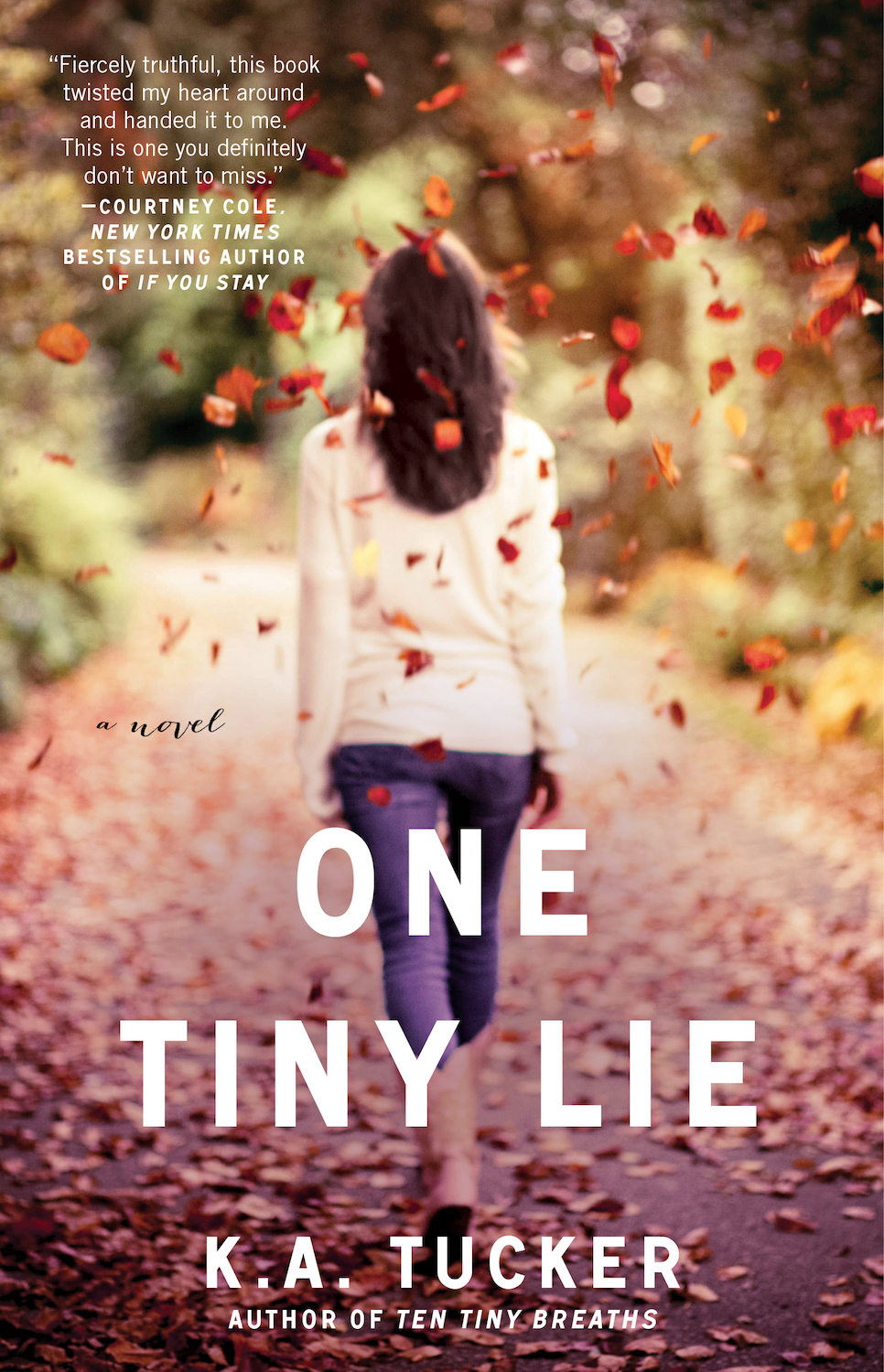 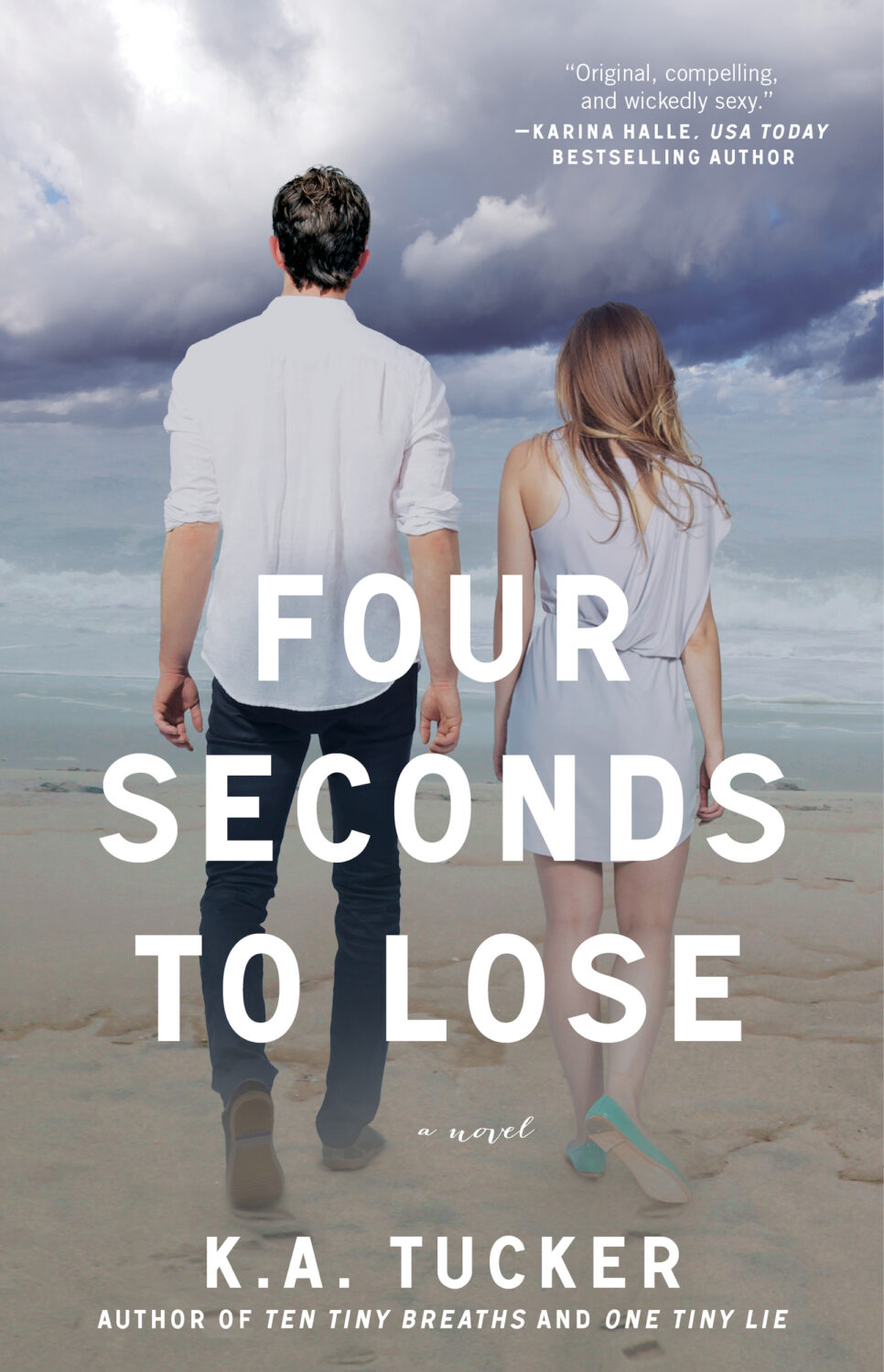 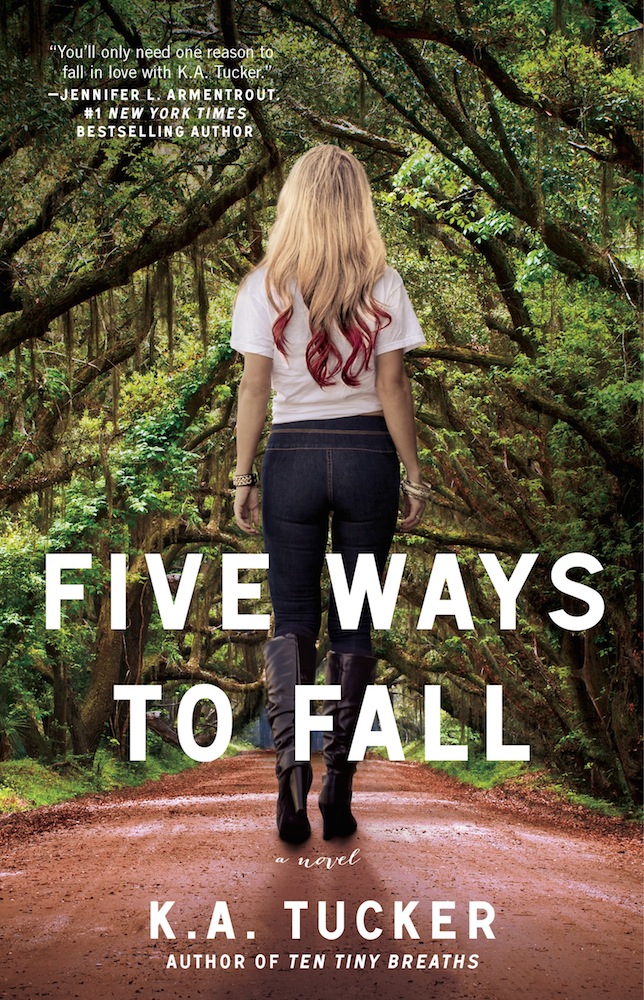 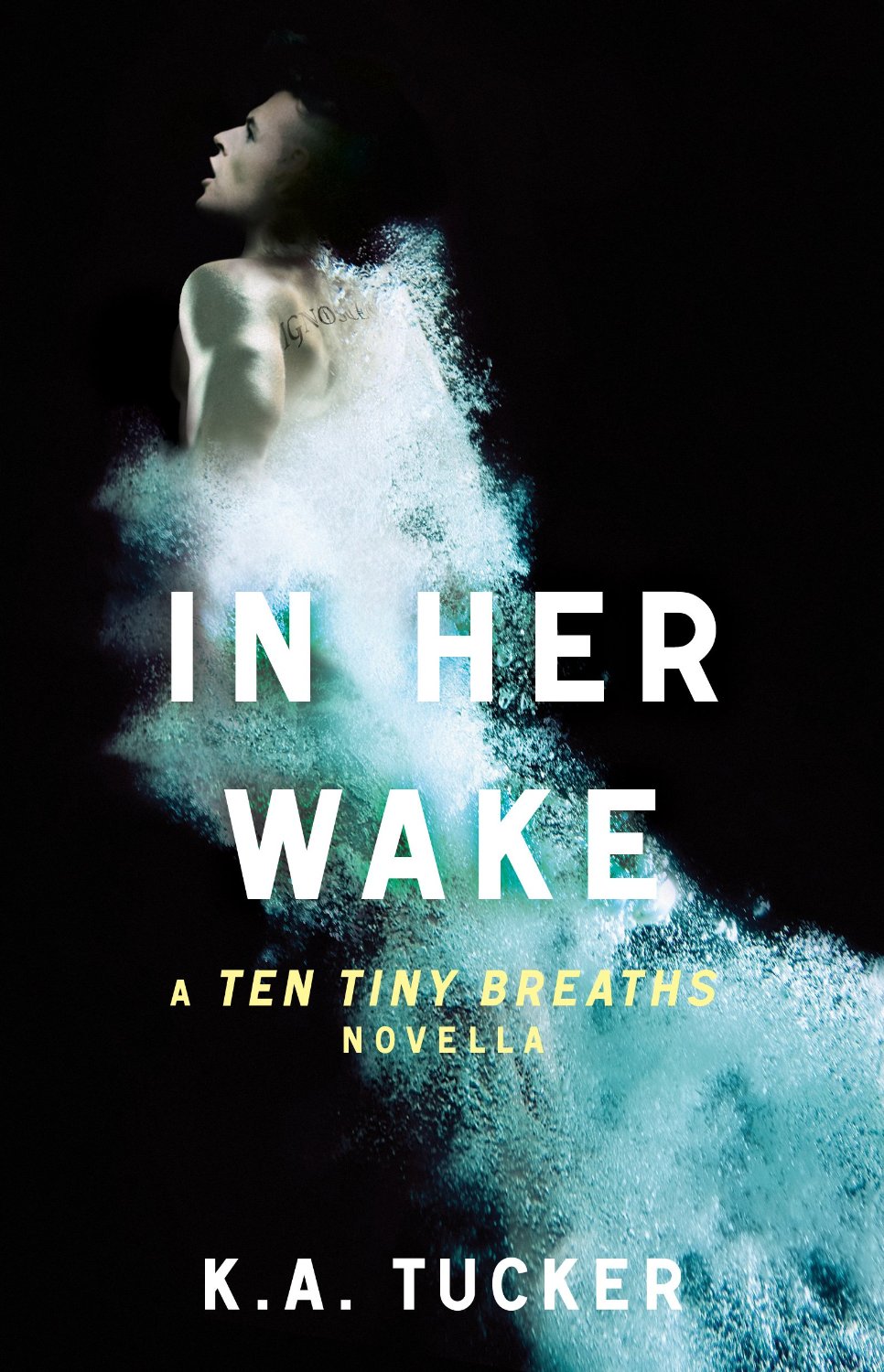 This sounds like a very interesting book. Excellent review!

I only read this book because of your review and I have to agree it changed me. Left me emotionally drained for days. I did really enjoy this book but WOW!!

This was the absolute best book I’ve read in a very long time. Couldn’t put it down.. Loved, Loved, Loved it. What a twist in the book that had my jaw falling to the floor.

I adore this book and this review. You pretty much summed it up perfectly!!