Chloe Lilywhite struggles with all the normal problems of a typical seventeen-year-old high school student. Only, Chloe isn’t a normal teenage girl. She’s a Magical, part of a secret race of beings who influence the universe. More importantly, she’s a Creator, which means Fate mapped out her destiny long ago, from her college choice, to where she will live, to even her job. While her friends and relatives relish their future roles, Chloe resents the lack of say in her life, especially when she learns she’s to be guarded against a vengeful group of beings bent on wiping out her kind. Their number one target? Chloe, of course.

That’s nothing compared to the boy trouble she’s gotten herself into. Because a guy she’s literally dreamed of and loved her entire life, one she never knew truly existed, shows up in her math class, and with him comes a twin brother she finds herself inexplicably drawn to.

Chloe’s once unyielding path now has a lot more choices than she ever thought possible.

BOOK REVIEW: A Matter of Fate

“A flower blooms inside my chest. No, an entire garden of lovely, precious feelings forms. I am lightheaded, deliriously happy. And he knows it, because his gorgeous smile mirrors the sun before he kisses me.”

My name is Natasha and I’m a closeted paranormal/urban fantasy junkie. There, I said it. I don’t share this normally about me because I am very picky in my reading choices when it comes to this particular genre, but once in a while a book comes along that makes me want to shout it out from a mountain top for everyone to hear, skywrite it for everyone to see, for everyone to know that I have found a precious little gem. What could only be explained as a well-kept secret among those who have read and loved it, this book will keep you glued to the pages from start to finish, with never a dull moment in sight, never a scene that won’t provoke one deep emotion or another in you. Immaculately written, original and engaging, emotional and touching, this book is truly the full package.

Chloe appears to be just an ordinary seventeen-year-old, in her last year of high school, with the usual issues of a teenager – parents who pay very little attention to her, meddling but loyal group of friends, boy trouble. But nothing in Chloe’s life is ordinary. We learn very early on in the story that there is a whole race of beings whose existence is kept secret, a race of Magicals spread over seven planes of existence, comprising of a number of different beings as well as Humans. Their history is deeply entrenched in human history, their actions influencing and often determining the course of events throughout time.

“Our kind is responsible for influencing the course of events within our world and beyond. According to legend, Magicals have been around since the beginning of time, charting courses for the civilizations they populated. All of the major events which have occurred over history of the Earth can be traced back to Magicals.”

Each Magical is gifted with specific powers, determined at birth but their full extent only developed during Ascension, a transition that each Magical goes through once they turn eighteen. Nothing about a Magical’s life is accidental, every aspect of it determined by the almighty Fate.

“Everything about being a magical is preordained, set in stone. From the moment of birth, a Magical learns of their craft from a Seer and whether or not they’ll join the governing Council. There’s no room to manoeuvre, no room to change course. Everything is dictated by the nebulous yet all-important Fate.”

Chloe is a Creator, the most powerful of all Magicals, with the ability to build up and destroy civilizations at will if needed. Because of her great power and her future role in her society, Chloe has always had a mapped-out life, with no freedom to make her own choices one day or deviate from what she is told her priorities should be. But Chloe struggles with such responsibilities. She wishes she could choose her own path in life, simple things such as which university to attend, what to study, what to make of her future. Whom to marry.

What no one knows about Chloe is that since she was a little girl she has been dreaming about a boy named Jonah. He was more real to her than any other person in her life – he was her first real friend, her first kiss, her first love, the only one who knew everything about her. They grew up together, creating shared memories night after night, their bond only getting stronger over time. And then after more than a decade of shared dreams, one day he just disappeared and never came back to her, causing her to fall into depression and making her question everything in her life.

“Jonah isn’t some random high school crush to me … This is the person I fell in love with before I could read. My best friend. The person I’ve trusted with tragedies and victories. The person who knows all of my deep, dark secrets. He is my heart.”

Until he just walks one day into her classroom. With a twin brother called Kellan. What follows is much more than just a teenage love triangle – Chloe’s inner battle over her feelings towards both brothers confuses her, troubles her, tears her apart. While her Connection to Jonah is unquestionable and solidified by the memories they share, her attraction to Kellan is just as primal and impossible to fight.

Chloe finds herself torn between two opposite things that her heart is telling her to do, all the while fighting for her life and the safety of those around her. By creating a magical new world for us, a reality that incorporates mythology as well as fairytales, Ms Lyons gives us a myriad of loveable characters that are as fantastical as they are ‘human’. They make mistakes, follow their hearts, show faults and insecurities, and fight for what they believe in. We are given a lesson in forgiveness, living in the moment and appreciating every second, about how imperfect love can be and still be worth fighting for.

“Love isn’t always clean and pretty – sometimes it’s messy, cruel, and confusing. And sometimes, it doesn’t turn out the way you want it to. But then, the beauty of love is that it’s very strong, and when it’s real, it’s worth it.”

We are shown that it is the little things in life, the small off-path diversions, the new experiences enriching our lives that really count, regardless of how clear our destination is. The journey we travel to reach that destination can be just as important as the destination itself.

An absolute pleasure to read, a book you won’t be able to put down, a story you will hope it continues. If you are a fan of authors such as Cassandra Clare, Richelle Mead, Kate Lauren or Becca Fitzpatrick, to name a few, you will enjoy this story immensely. Or if you just want a spectacularly and responsibly written book, a story that will move you, shake you, make you believe in fairytales again, look no further. This is that book.

“… today is all about this moment. Because that’s what life really is all about. A series of moments strung together. We do our best to deal with what we have at any given second.” 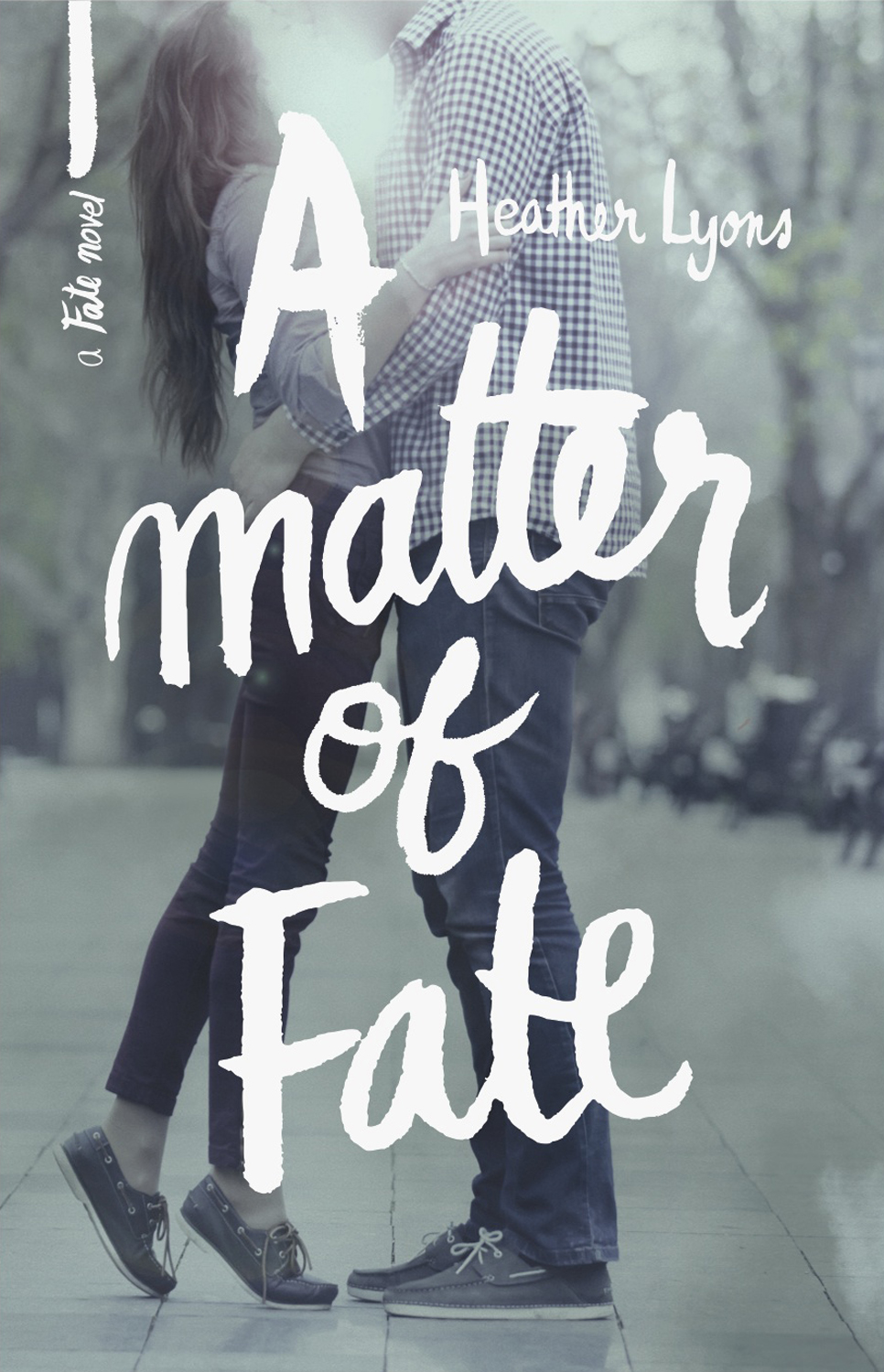 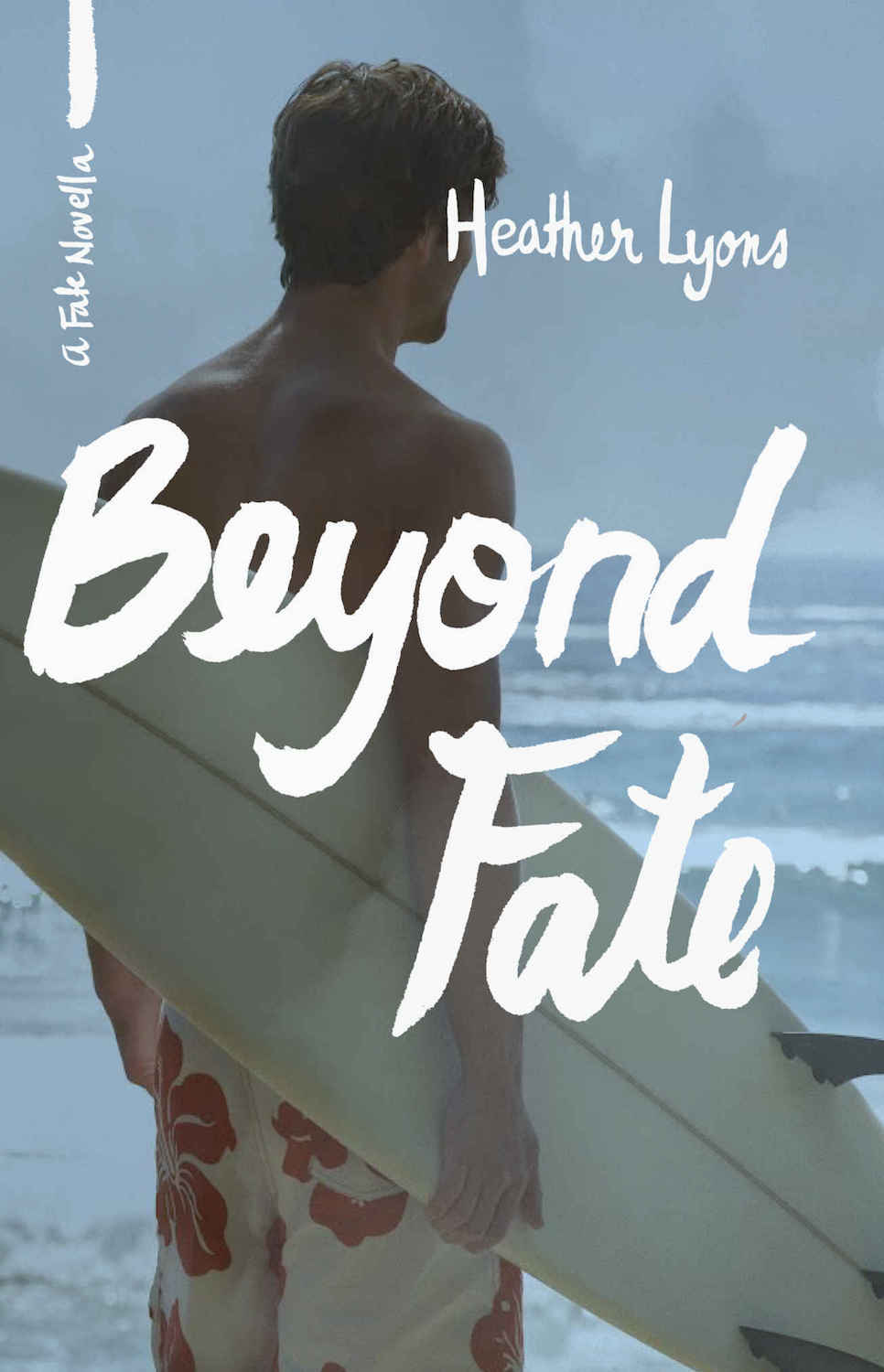 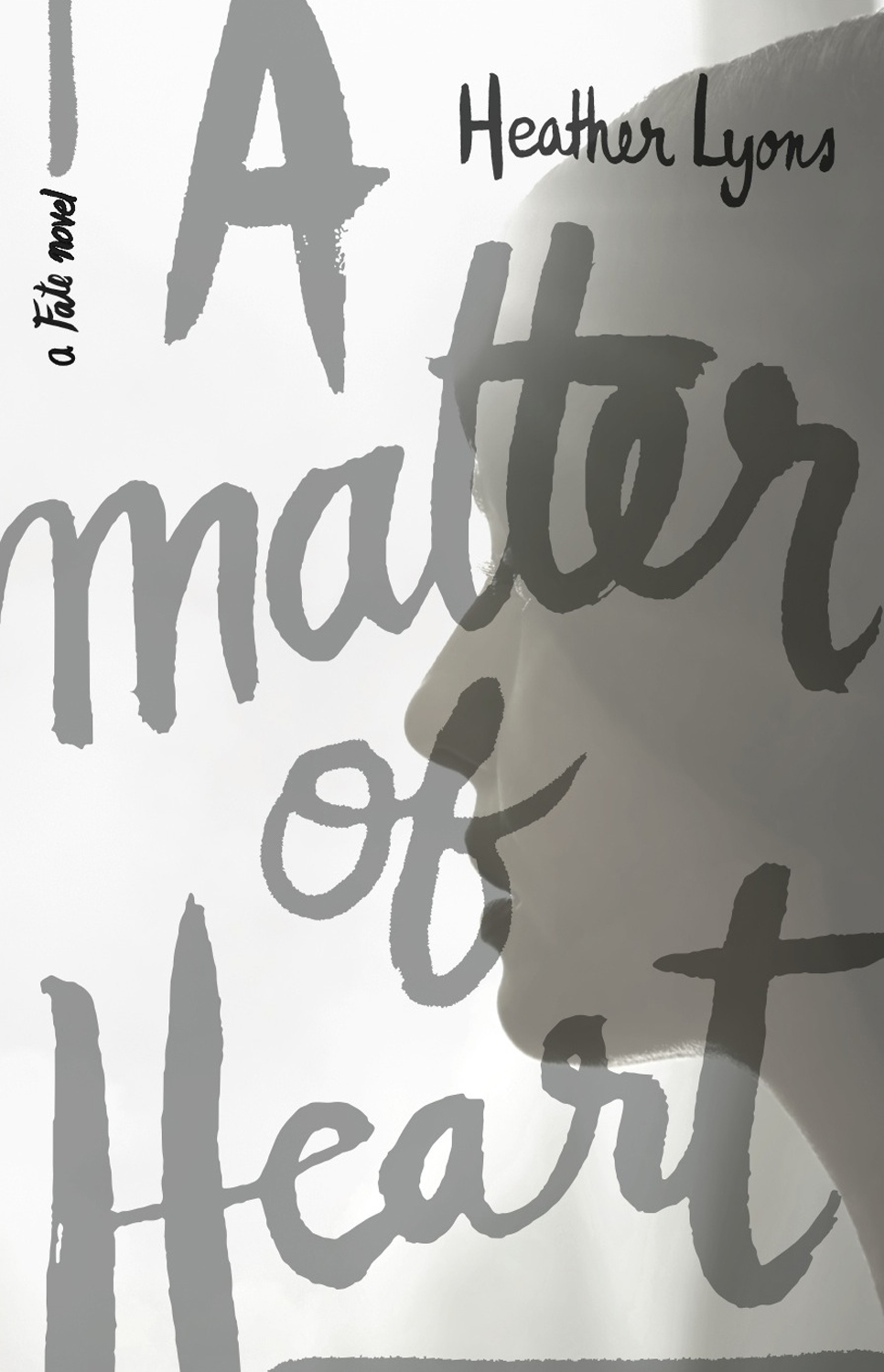 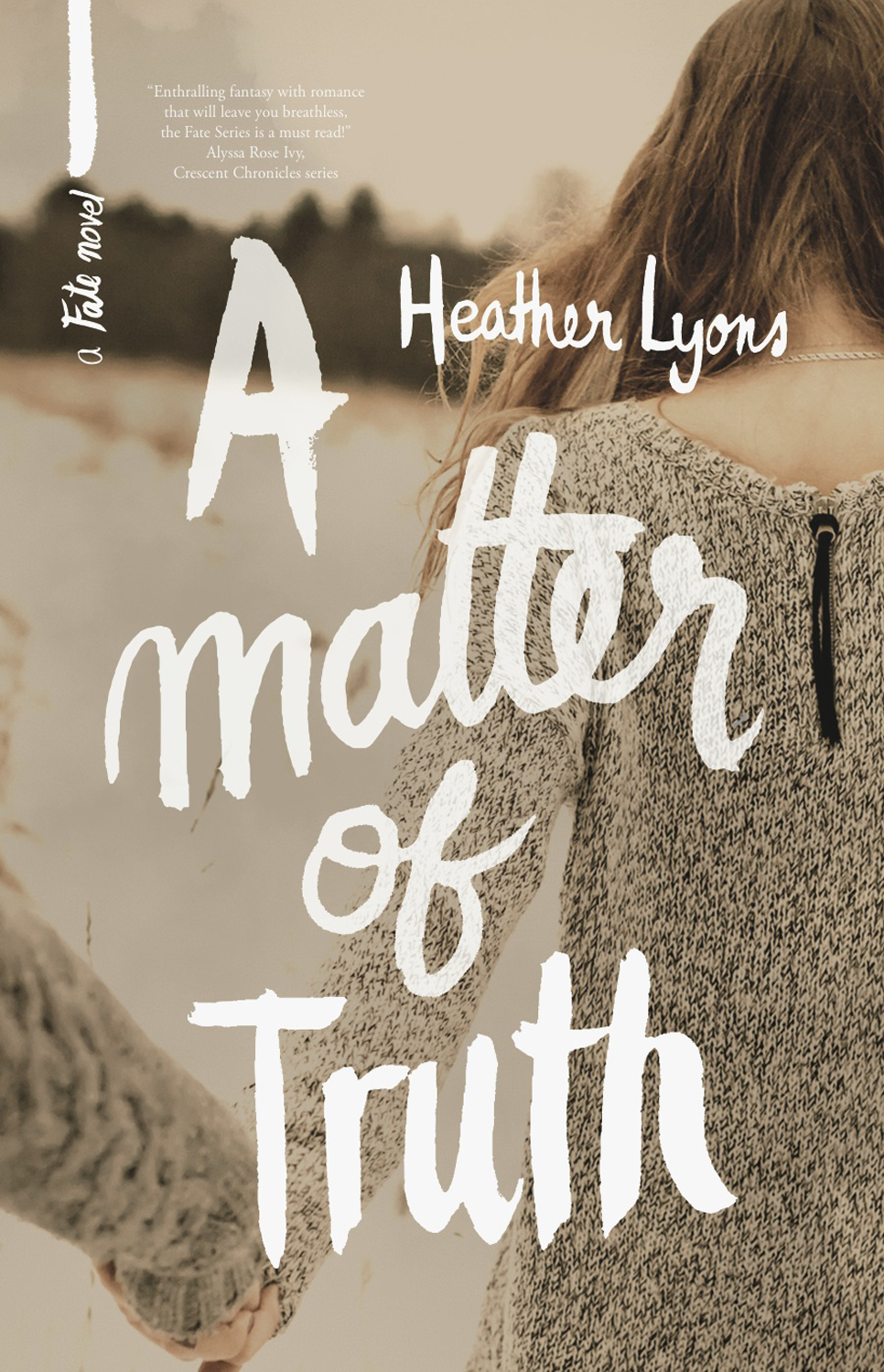 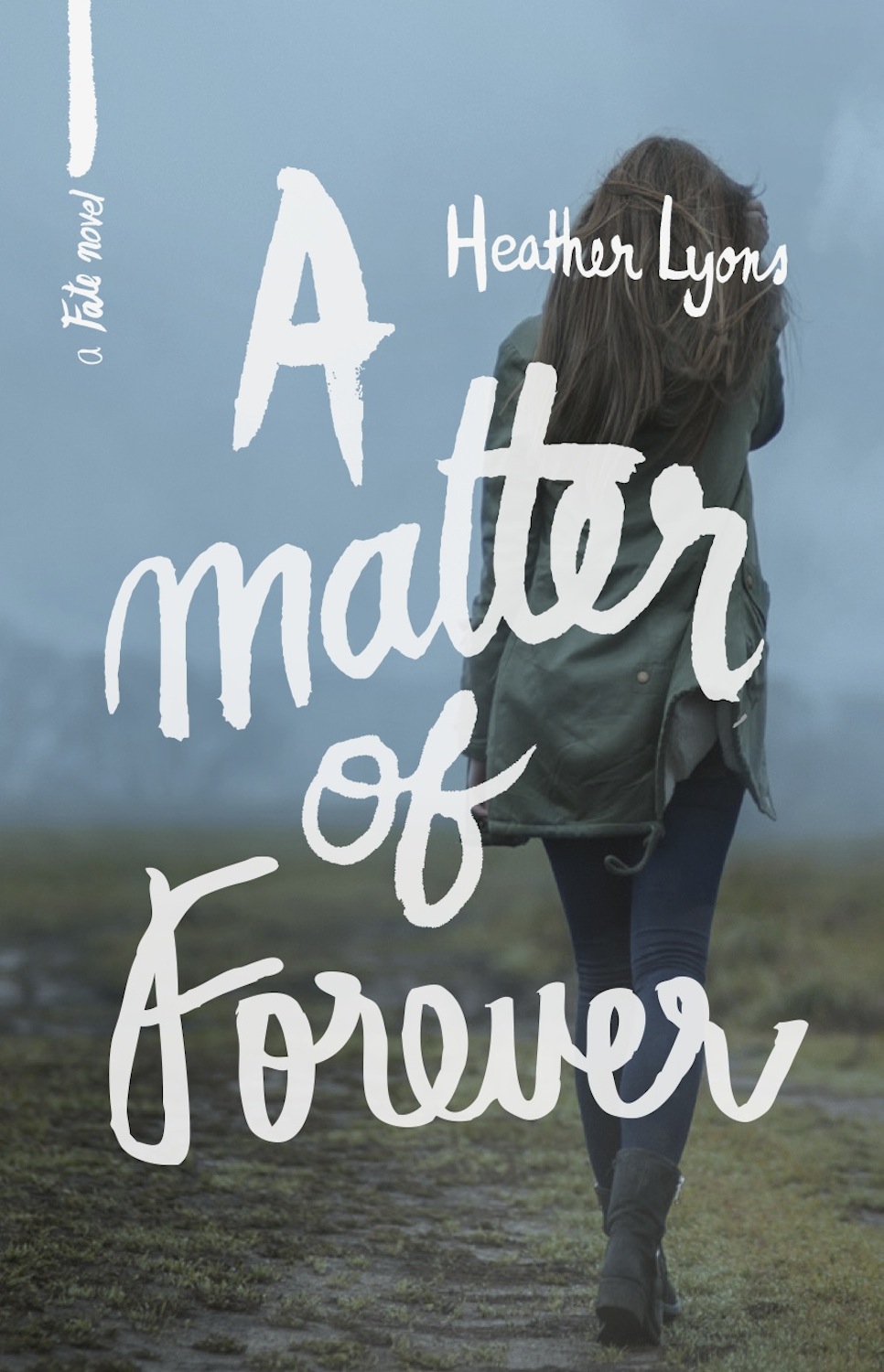 BOOK REVIEW: All In by Raine Miller BONUS SCENE: Running on Empty by L.B. Simmons

This sounds like an interesting book, can’t wait to read it. It would be awesome to win this giveaway!

I’m excited about this book ;) I’m having trouble with my iPad this morning on two of my entries…I’ve marked on goodreads to read and retweeted on twitter but can’t get it copied over :(

I can not enter into this giveaway, I did some research yesterday and found out these old rafflecopters don’t work for mobile devices and since a lot of people use more mobile than regular PC’s today, that Rafflecopter.com has came out with a BOTH PC and mobile device friendly form. Just a thought. Good luck to everybody.

Hi Christy, the mobile friendly version is on my FB page as a tab that says “GIVEAWAYS” but I think the FB app won’t show that tab. Anyway, this is the mobile-friendly link to this giveaway: http://is.gd/xJP6L0 Hope it works!! xx

Sorry it’s still not working :-( another person I was talking to about it said the had to redo the mobile friendly rafflecopters… sorry for bein a pain in the ass

Awesome review as always, Natasha! I loved this book SO much!!!

Thanks for this great giveaway :)