My name is Tate.

He doesn’t call me that, though. He’ll barely refer to me at all, and he’ll hardly ever speak to me.

But he still won’t leave me alone.

We were best friends once. Then he turned on me and made it his mission to ruin my life. I’ve been humiliated, shut out, and gossiped about all through high school. His pranks and rumors got worse as time wore on. I even went to Europe for a year, just to avoid him.

But I’m done hiding from him now, and there’s no way I’ll allow him to ruin another year. He might not have changed, but I have.

It’s time to fight back.

When one brave young woman stands up to her best friend Jared, now tormenter, the consequences go beyond anything either of them ever would have imagined…

“You were my tempest, my thunder cloud, my tree in the downpour. I loved all of those things, and I loved you. But now? You’re a f*cking drought. I thought that all the assholes drove German cars, but it turns out that pricks in Mustangs can still leave scars.”

For someone who likes to think that she has somewhat ‘outgrown’ the New Adult genre, once in a blue moon, there comes an author who makes me question that self-proclamation and fall in love with it all over again. In one of my spur-of-the-moment dips into my endless reading list, I picked this book by sheer chance, only to find myself three days later in the midst of a ‘reading marathon’ of the entire series, hooked to these characters, these stories, these addictive and utterly fabulous exemplars of a genre that draws you in and reminds you of a time when being yourself was the hardest thing to do, when it felt like the sun would not rise in the morning if a certain person was not holding your hand, loving you as you secretly loved them, and when just one wicked look aimed your way could crush your entire world. A splendid coming-of-age tale of a young woman finding her inner strength and of a boy whose own pain made him the tormentor of the only person in his life he ever truly loved, this is a book I would recommend wholeheartedly.

Tate and Jared grew up living next door to each other. They were as thick as thieves all throughout childhood, but the sweet, generous and loveable boy Tate once called her best friend disappeared overnight, leaving in his stead a guy who made it his daily job to intimidate her, to make her feel insignificant and unwanted, and to isolate her from her peers. No explanation was ever offered, leaving her confused and hurt, and even after countless rumours, pranks, cruel jokes that made the last two years of her life hell, she never stopped missing her best friend. By not understanding his behaviour, she never stopped searching for that kid she once loved in his eyes somewhere, reluctantly hanging on to a memory of him that no longer existed, regardless of all the tears and pain he had willingly caused her.

“Jared indulged in my misery like it was candy. He had fed me to the wolves time and again, reveling in the unhappiness he caused. Jared, my friend, was completely gone, leaving a cold monster in his place.”

After a year of studying abroad, she returns to her hometown for the last year of high school, with a new attitude in tow, telling herself that she would not let Jared’s actions affect her again, but her bully is as determined as ever to toy with her. And to make her feel every bit of hatred he feels for her. Until Tate finally fights back.

“Isn’t it time you fought back?”

Two years of torment have shaped Tate into the kind of person she most probably would have never become had she not endured such emotional suffering for so long. Her patience has worn thin, she has developed a short fuse when it comes to people putting her down or mistreating her, and when it comes to Jared, she has simply had enough. And so the tables are turned and she goes out of her way to make him feel as insignificant as he has made her feel for so long. And knowing exactly which buttons to press to make him hurt the most ends up turning her into a cruel adversary.

But when Tate finally gets to Jared, his walls start crumbling down and what is left behind them is an angry little boy who is so blinded by his own pain that he hurts the one who represents his greatest weakness in life, the only person he has ever loved, allowing him to fool himself into believing that her pain would take away the pain that is ravaging him from the inside out. And what Tate discovers ends up putting a whole different light on the last three years of her young life.

This book might have started as a very vivid example of the kind of issues many teens unfortunately go through nowadays, our hearts breaking for our heroine and all she has had to endure, but it ultimately turns into a heart-warming romance that was always at the core of these characters’ connection. They could hurt each other so deeply because they knew each other so well, and every action had a reason, a source, a trigger, even though it was difficult for me, as a reader, to swallow some of those reasons at times and find in them a valid justification for such cruel and continued emotional and verbal abuse. As much as I understood the hero, there were times I wished I understood him even more, and for his triggers to have been explained in a more thorough fashion.

“He was cold to most people, but he was downright cruel to me. Why me?”

This is a story about the kind of scars we are left with after years of maltreatment, the kind of emotional baggage we carry well after things are said and done, affecting our relationships, our ability to trust those around us, and ourselves. It’s a book that moved me, angered me, made me do the occasional fist pump here and there, and it owned me cover to cover. With a refreshing and captivating writing style, Ms Douglas has pulled me into a world I never wanted to escape, becoming hopelessly invested in these characters, in their stories, and after turning that last page, only too eager to jump immediately onto the next book in the series.

“I love you more than myself, more than my own family, for Christ’s sake. I don’t want to take another step in this world without you next to me.” 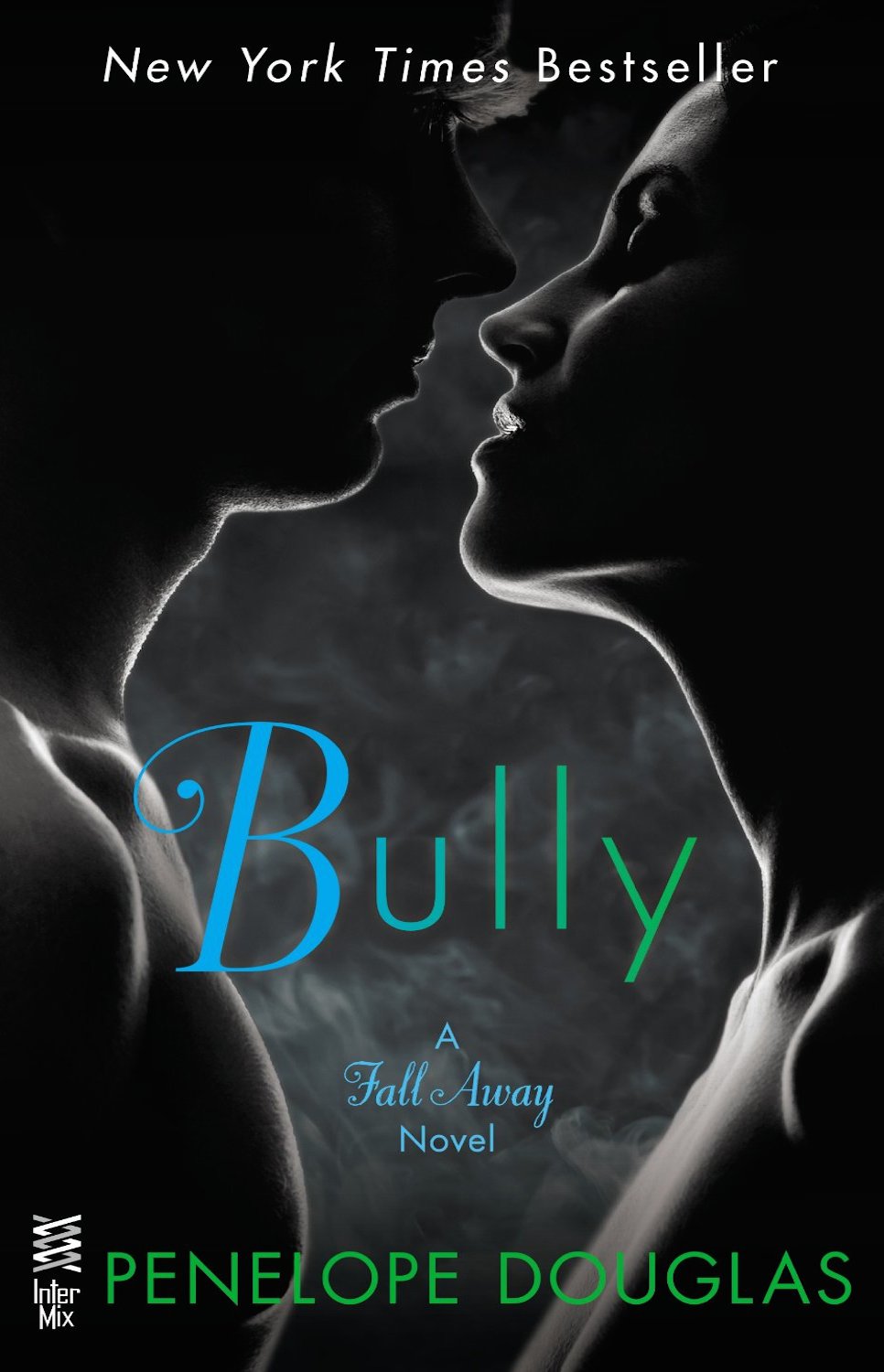 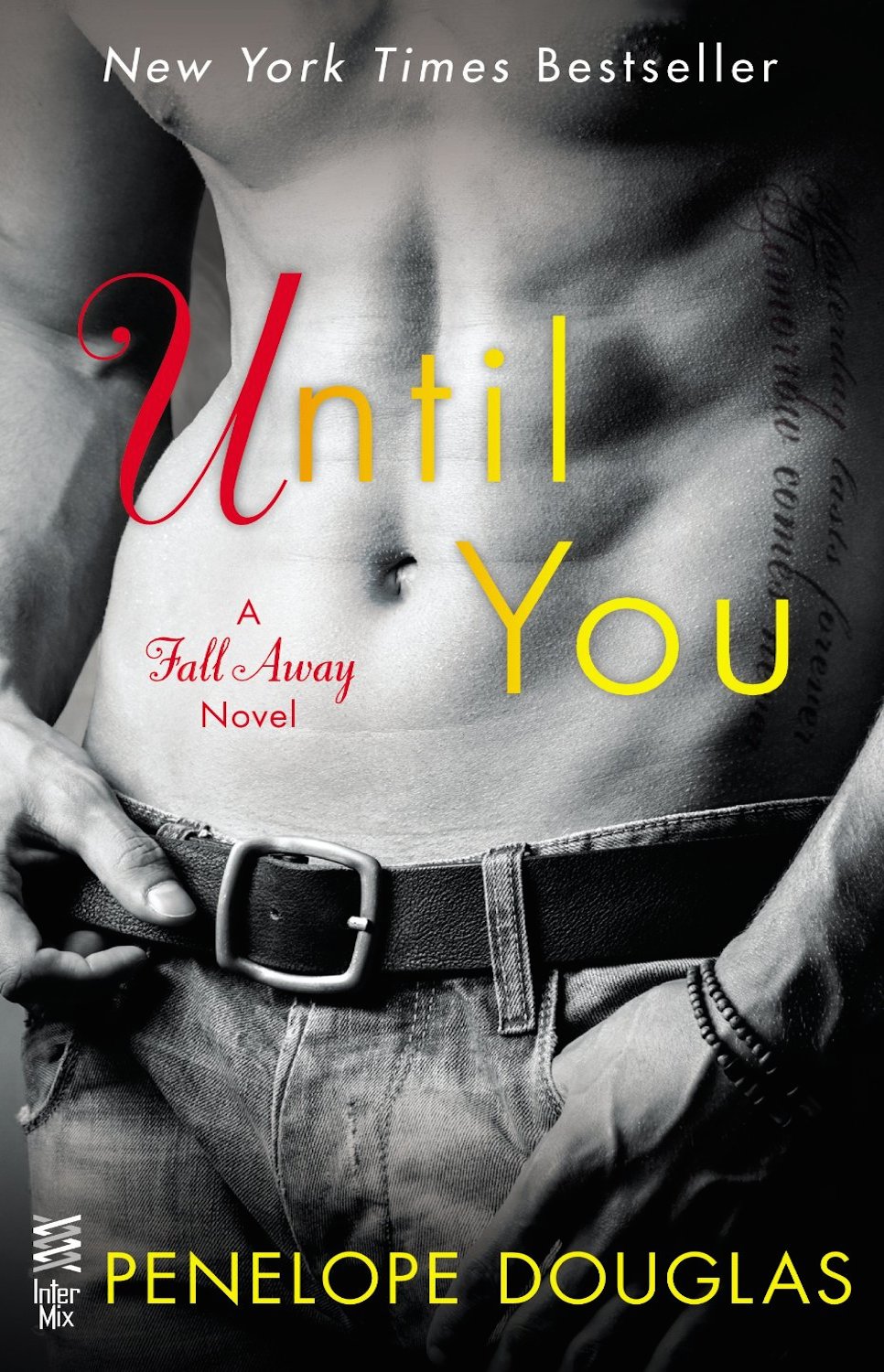 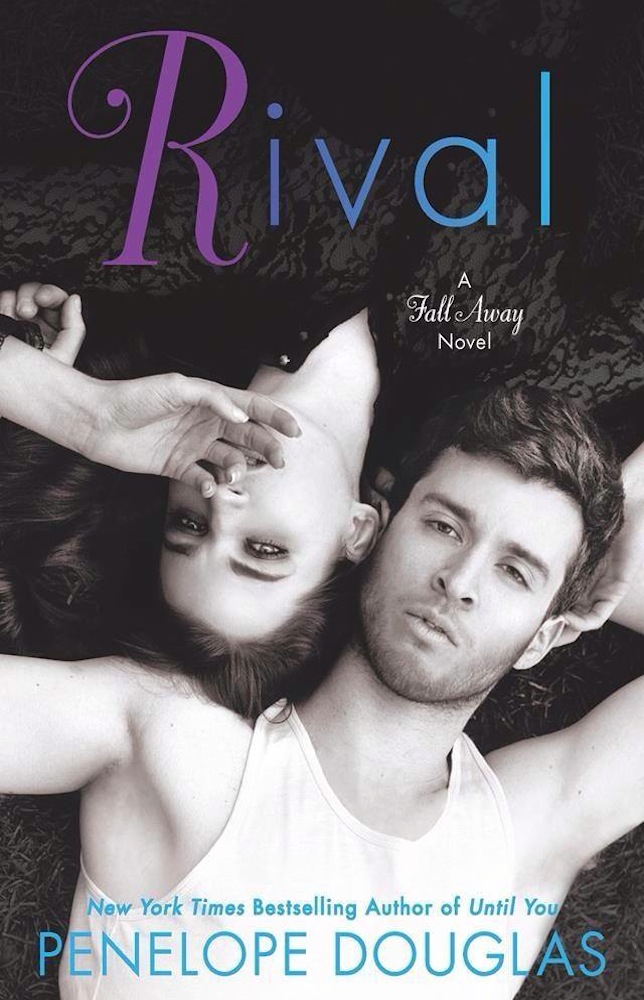 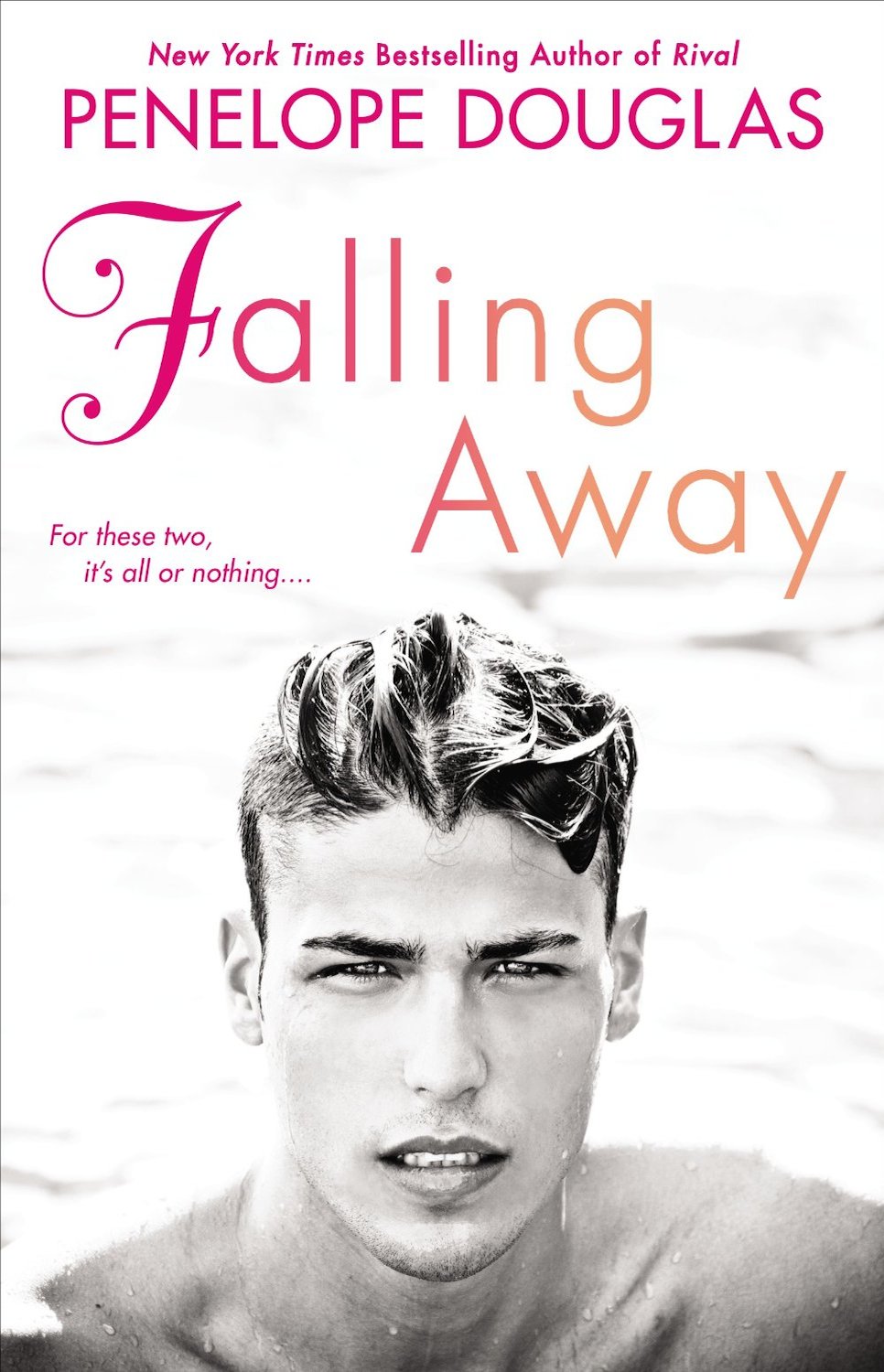 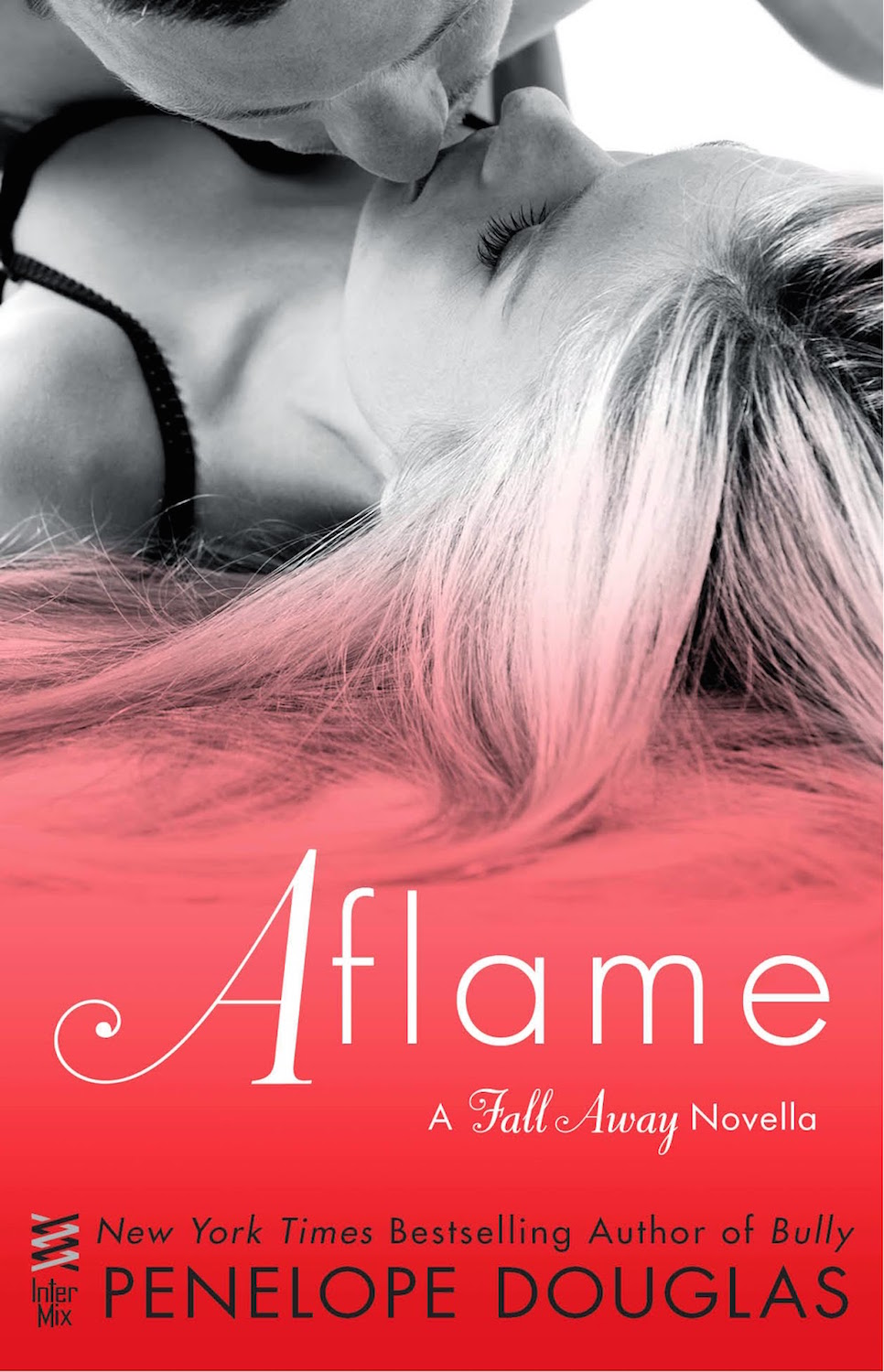 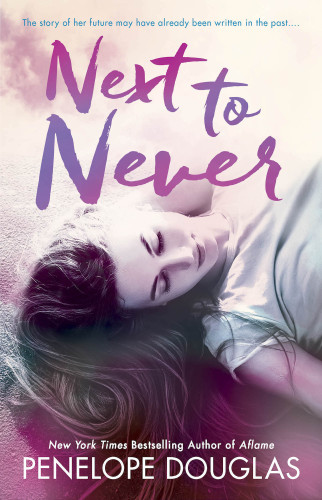 Thank you so much! Great review. I’m thrilled you liked it, although I was a very nervous when I heard you were reading! LOL :D