Abel Jin and Delilah Johnson have lived their lives with a hole in their soul, yearning for something they don’t understand.

Until one night Delilah is in mortal danger and a man who’s otherworldly strong and supernaturally fast saves her. Delilah is then cast into a world where fiction comes to life in the form of Abel, her destined mate, a vampire/werewolf hybrid who claims her at first breath as his.

But Abel knows the danger isn’t done. He’s dreamed for centuries that his mate will perish and he will stop at nothing to keep her safe.

For Delilah, she’s not only coping with fantasy come to life, but a mingling of very different families. Not to mention, she has on her hands a man who doesn’t understand his true nature and has lived his long life thinking he’s a monster.

Abel and Delilah together fills the hole that has been clawing at them for decades. But finally finding each other, it also tips their destinies as the last of The Three. They must unite with the other destined lovers, who with Abel and Delilah, are fated to save the world.

I am always in awe of authors who can traverse genres flawlessly and effortlessly, continually gifting us with their signature style in everything they write, that being sexy, alpha mountain men, bikers, boxing champions, kings of fictional lands, or supernatural beings. Regardless of the label put on their works, their stories have the power to transport us into a reality that is as tangible or as imaginary as it gets, holding us captive and making us wish we never left, because with every word, with every delectable moment of make-believe we are given an escape that we can trust, seek, depend on. Kristen Ashley is one of those authors for me, a safe haven I frequently run to when the hopeless romantic in me is in need of some special care, and the mere idea of reading about vampires and werewolves with her unique stamp on them has been an utterly thrilling experience. In this third book of The Three series, the final Prophesy is fulfilled, where the werewolf/vampire hybrid, Abel, finds his lifemate, Delilah, finally bringing this fantastical world to an eternity of peace between species.

“I’m two hundred and five years old and I’ve been raised with love. I’ve been blessed with family. I’ve shown and been gifted with loyalty. I’ve known joy. But I’ve never felt complete until I had Delilah.”

Abel and Delilah are the last of the chosen three couples whom the fates have given extraordinary abilities and powers, in preparation for the battle that is said to determine the future of all races. An orphan raised by generations of the same loving adoptive family, Abel has lived for over two centuries knowing that no matter how much love and devotion he is given by those around him, a crucial part of him would be missing until the day he meets the one and only mate who would fill the hole in his soul. When he finally finds Delilah, a twenty-nine-year-old ball of sass and attitude, his every instinct tells him that she is his.

“I’ve waited three lifetimes for you, and now that I’ve got you, I’m keepin’ you.”

It takes a little longer for Delilah to accept the idea of Abel as her fated mate, having to come to terms with the existence of a supernatural world around her as well, but once she gives in to their scorching chemistry, we get nothing less than fireworks. And they are s-p-e-c-t-a-c-u-l-a-r. As they grow closer to one another and learn everything about each other, they are all too soon faced with the very danger that wishes to destroy them. And a world they never even imagined existed.

“Found the man I’ve been waiting for all my life and he’s an overprotective werewolf vampire who drinks bagged blood for breakfast, has the strength of ten men, the speed of a superhero, not to mention we have people who want us dead. This is not something a girl takes in stride. At least give me to lunch.”

In this book, we are also reunited with all the main characters we already fell in love with in previous instalments in this series, as well as a few of the secondary ones, all their stories being wrapped up in light of the impending doom facing them all.

As much as I have truly enjoyed this story and the way my mind so eagerly travelled to such an enthralling imaginary world, I did feel that it somewhat fell short of the very elements that would make it a compelling paranormal read. It felt to me like this story was only set in a paranormal reality, these characters quite comfortably being capable of ‘existing’ in and drawing similarities from many of this author’s contemporary works. I loved that and, at the same time, I did not like that at all. I hoped for a deeper feeling of immersion into a fantastical world of this kind, with more attention on the supernatural other-worldly elements and a bit less on the everyday ones such as the characters’ fashion sense or their random musings about everything and anything around them, not to mention the numerous sex scenes (and I will have to wash my mouth with soap for saying this) that often served no other purpose than to entice our senses over and over again. My biggest obstacle in connecting with this story was the actual heroine, Delilah. After two books in this series where the lead female characters perfectly complemented their respective male counterparts and ‘fit the bill’ quite seamlessly, I couldn’t shake the feeling that the heroine in this book did not belong in it at all. Her personality was over-the-top, too much of the storyline centred around her ‘biker chick sass’ and inner reflections, significantly more so than on her mate, even though we are offered both of their points of view, and her interactions with the other characters in the story did not sit well with me. In addition to that, I felt that the background storyline kept building up to a huge climax that never really eventuated, the ending seeming rushed, wrapped up too quickly and almost skimmed over. I wished for that one single occurrence of epic proportions that we were bracing ourselves for which would have represented the culmination of all three books at once, but the event we got did not end up being satisfying enough. We were, however, given the chance to revisit characters from previous instalments and even hear their inner voices once more, which added an enjoyable level of familiarity to the overall storyline.

It does not happen very often, if ever, that I do not connect quite viscerally with a Kristen Ashley novel. This book had all the right components, all the ‘winning’ elements that would make it an instant hit with me, but I simply did not connect with this story as much as I hoped for. This did not take away from the sheer beauty of the romance between Abel and Delilah, but it was enough for it not to become another favourite of mine.

“Thank you for making a lifetime of longing worth every second, Abel.”

“I’m a werewolf vampire. I exist on human blood. I can tear a man’s head off and I have. I’m a monster.”

“I am,” he stated flatly. “And the first chance I’ve had in all my years to understand why I am as I am is to go to that f*ckin’ hotel.”

I stared at him, then straightened my body so I was fully facing him. This caused his jaw to get hard again, but I ignored that and stated, “Okay, let’s break this down.”

“Nothin’ to break down.”

“Humor me,” I snapped, his head jerked, and his lips curved up.

“Carry on,” he muttered.

“These being the night we met,” I stated.

To that he said nothing.

I kept going, “So you haven’t torn off unsuspecting citizens’ heads willy-nilly, for the f*ck of it, or on a psychotic rampage?”

He pressed his lips together and I knew it was to hide his humor because his eyes lit with it before he unpressed them to say, “No.”

“Right,” I said sharply. “Have you ever had a psychotic rampage?”

He shook his head.

“So let’s get to the human blood part,” I suggested. “When you were,” I paused, “drawing from one of your ex-bitches, did you ever kill one of them?”

“Take too much and make them sick?”

“Do it against anyone’s will?”

His eyes went guarded, but he said, “No.”

He blinked, straightening in his chair, but again said nothing.

“I mean, seriously,” I went on, “I’ve seen lots of vampire movies and TV shows and even the good vamps screw up and overindulge. Hell, Jessica killed three fairies in a ravenous attack. She might have had her issues as a young vampire, but by that time, she was full-on good.”

His brows shot together. “Fairies?”

“What the f*ck are you talking about?”

I threw up both hands and cried in exasperation, “True Blood!”

“No, seriously, Jessica is very sweet.”

“For f*ck’s sake,” he growled, sounding like he was losing patience, which I didn’t figure was a good thing.

“Okay, back on track,” I began. “Tell me. Tell me one instance in your life where you actually behaved like a monster.”

“Yeah,” he ground out. “I wanna f*ck you, Delilah. Consumed with the need and I have no idea why, but I can guess, seein’ as it’s like you’re a bitch in heat, I’m a dog that catches the scent and his mind is wiped…wiped of anything…but the need to mount you and”—he leaned forward—“rut.”

“I can smell your fear.”

“It turns me on,” he kept going. “Makes me wanna tear into your throat and f*ck you and feed from you. Now, does that make you feel safe?”

“No,” I whispered, because it really f*cking didn’t. 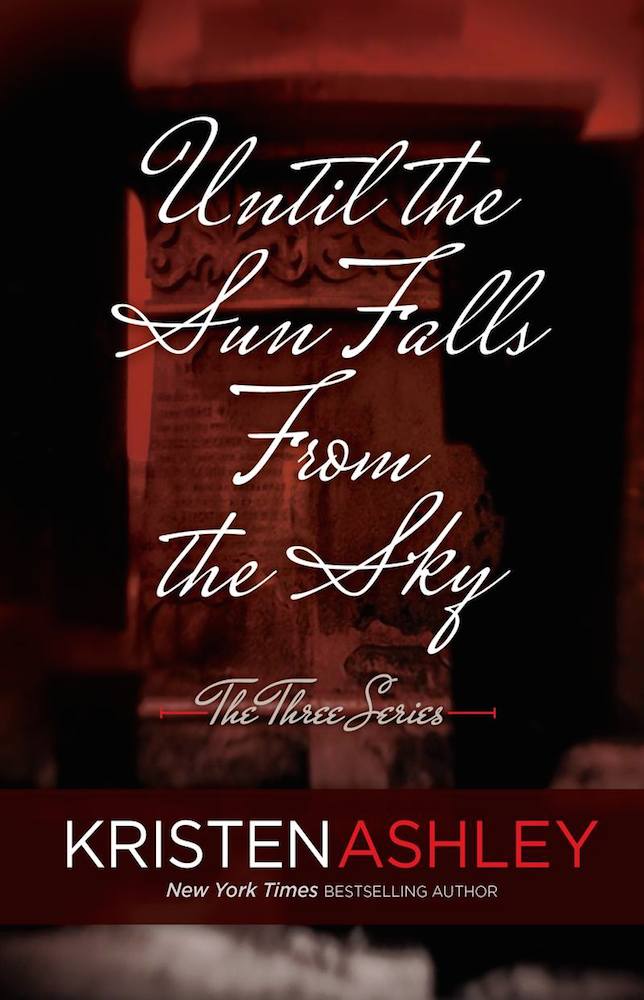 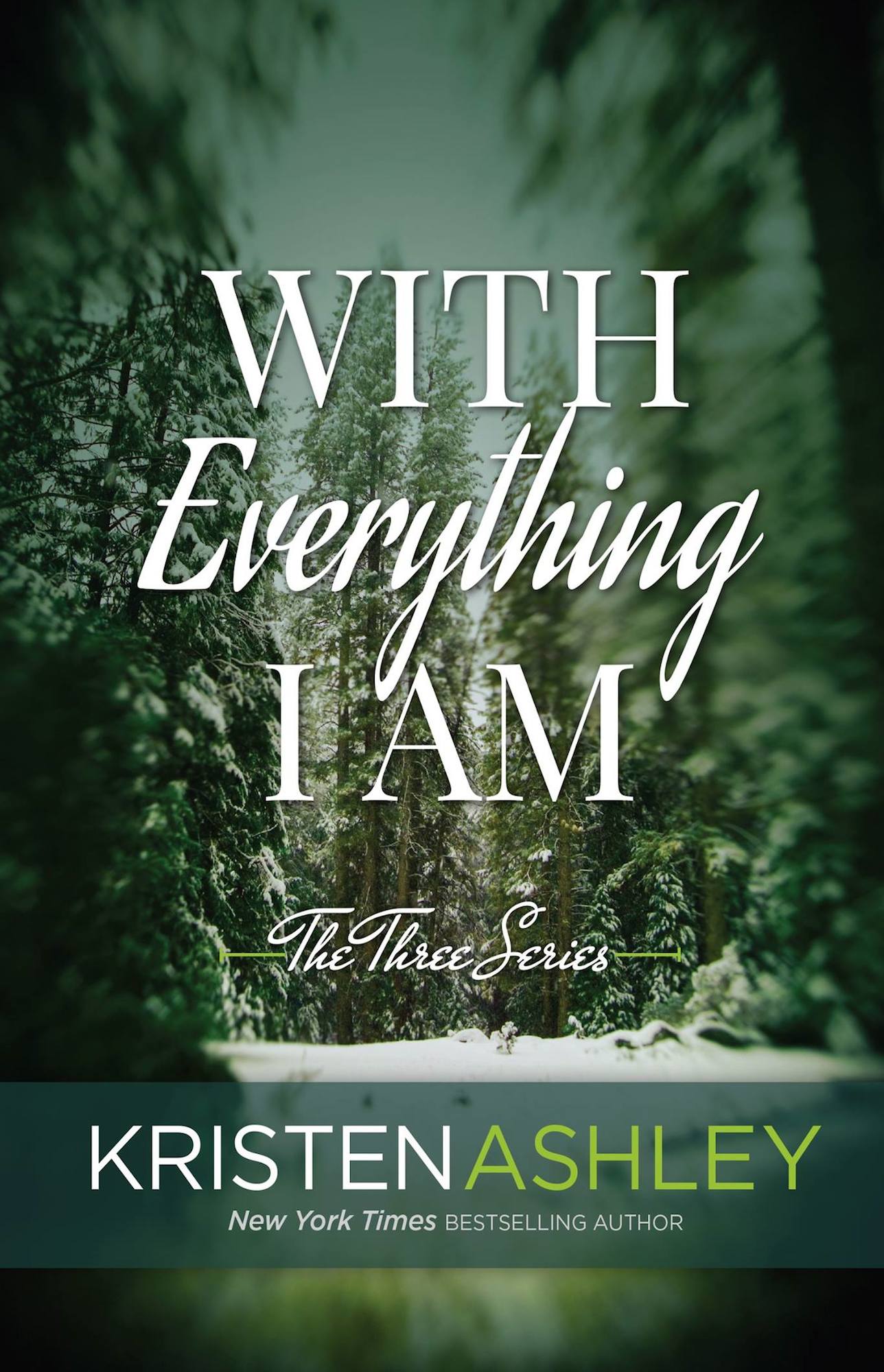 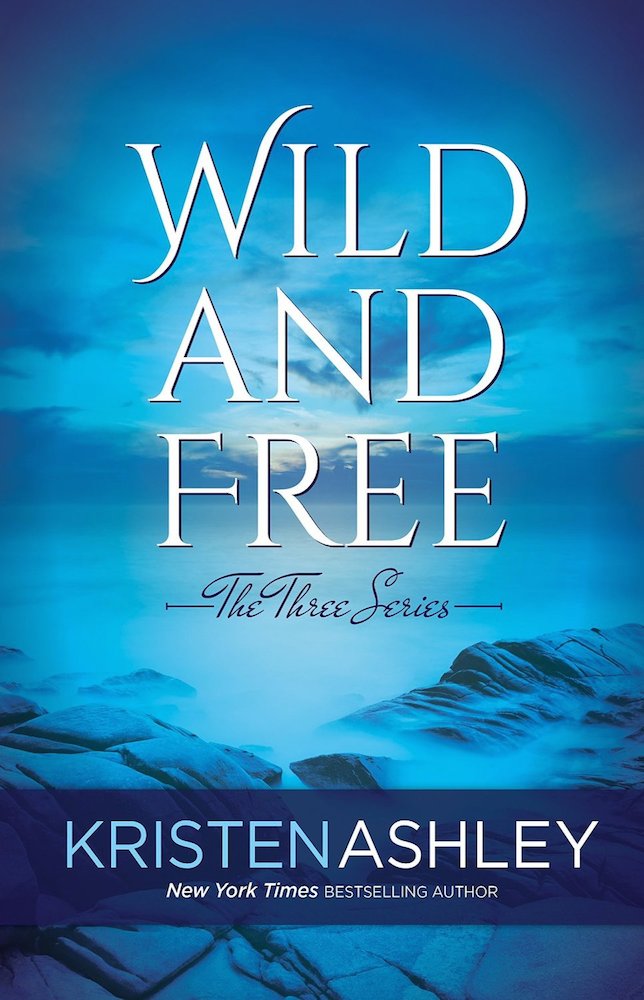