Clara Morgan is living the dream, if you can call rebranding hotels that are desperate for a new life and running any kind of marathon a dream. Which she does. But the career she loves and the endurance races that keep her adrenaline pumping have kept her too busy to put down any roots. Growing up in foster care, she’s never been able to establish traditions of her own, which may be why she’s fascinated by the rituals that generations-old family resorts are known for. She’s especially interested in the Bryant Mountain House, and not just for their secret recipe for the yummy, gooey, can’t-get-enough-of Hot Cross Buns….

Archie Bryant, the man with the Buns, is fifth generation and one-day-owner of the charming yet run-down Bryant Mountain House in Bailey Falls, New York. He’s determined to save his family’s legacy from the wrecking ball the old-fashioned way—by gritting his teeth and doing what needs to be done. There’s no way Archie will be influenced by the new hotel branding expert his father brought in to turn one hundred and fifty years of tradition on its head just to attract a faster, younger, slicker crowd. But when some of Clara’s ideas start bringing in new, paying customers, Archie can’t deny that she may have just given him a shot at keeping his resort open.

There’s just something about an Alice Clayton novel that always hits the spot. Her trademark sense of humour never fails to crack me up, but it is her flawless prose, her attention to detail, her vibrant characters, and the wacky love stories that she writes so well, that make me lose myself in her books time and time again. This has been a series I have been mad about from the start, each new instalment so different from the others and yet so perfectly in sync with them, too, but I feel that with this book, Alice has hit it out of the ballpark. As always, she gives us two characters whose personal complexities are smoothly interwoven into a story that titillates, delights, and even makes us laugh out loud on occasion, but when they share a scene, the sexual tension between them is so off the charts, I simply couldn’t get enough of it. I hate picking favourites, but if I had to, I’d happily stay at Bryant Mountain House indefinitely.

“You should take a turn on your own.”
“But I did so well with you, shouldn’t we just chalk it up as a success and not press our luck?”
“Once around the rink, Ms. Morgan, and then you can press anything you want.”
“See, you think that’s going to work on me, but it won’t.”
“You make it around the rink once on your own and I’ll lick your pussy until you black out.”
Next Winter Olympics you’ll see me representing the good old US of A. The event? Speed skating.

As a well-known hotel branding expert whose work takes her wherever her services are needed, Clara Morgan’s bags are always packed and that’s the way she likes it. She has deliberately tailored her life so that she’d never have to stay anywhere for too long, her own apartment being nothing more than a home base from where she takes off from one project to another. Clara chooses to neglect her personal life in favour of fast-tracking her career, her relationships with her best friends Natalie and Roxie being the only two personal connections she makes time for. Because if Clara’s past has taught her anything, it’s that the only way to protect her heart is by keeping it closed, even if it often gives way to feelings of loneliness and isolation.

Plans get changed. And sometimes people get left out and left behind and forgotten without a second thought. But if you didn’t make those plans, see, and you kept it all loose and free and no commitments, no ties, no binds . . . well then. You were the only person who had the power to break your heart.

With only one more project standing in the way of her becoming partner at one of the most well-known and well-respected branding agencies in the country, Clara is determined to succeed, even if it means dealing with a haughty hotel owner day in and day out.

“So Bryant Mountain House leaps into the twenty-first century, and I get to see my name on the letterhead?”

For Archie Bryant, fifth generation and soon-to-be-owner of Bryan Mountain House, saving his family’s legacy has always been synonymous with preserving those centuries-old traditions that made guests return to their establishment year after year. But with a grand hotel that is slowly losing its charm and beginning to look run-down and outdated, Archie is forced to allow an outsider to tell him how to save his business from going under. They disagree, they argue, they butt heads over every single one of Clara’s recommendations, but the more time they spend in each other’s company, the more they find themselves liking just about everything they discover about one another. And once they unleash their chemistry in the bedroom, too, their working relationship becomes a lot less hostile.

“You’re a bit twisted.”
He gazed down at me, an expression I couldn’t quite identify on his face. “You’re a bit wonderful.”

But when faced with the very things she never had while growing up, the things she worked hard to convince herself she did not need—happiness, affection, safety, and a community that is all too happy to call her their own—Clara’s first instinct is to bolt, even when the man she is leaving behind is offering her the world. Because Clara’s demons run deep, and she would rather break her own heart than put herself in a position where someone else could do it to her.

No one in my entire life had ever told me they loved me. And I didn’t really know quite how to take it in… What the hell are you supposed to do when you hear these words for the first time and your first instinct is to vomit?

Set against the breathtaking and very romantic backdrop of the Appalachian mountain ranges in Upstate New York, Alice Clayton delivers a passionate yet unexpectedly poignant tale of a young woman learning to open her heart for the first time. She paints her characters with both vulnerability and humour, counterbalancing their personal hang-ups with many lighter, more carefree brushstrokes, and remains a master at effortlessly blending comedy with a more serious storyline that never fails to tug at one’s heartstrings. I remain forever hopeful that this is not the last we hear from the Bailey Falls bunch.

“I love you with my entire heart. And until you, there was nothing in it.” 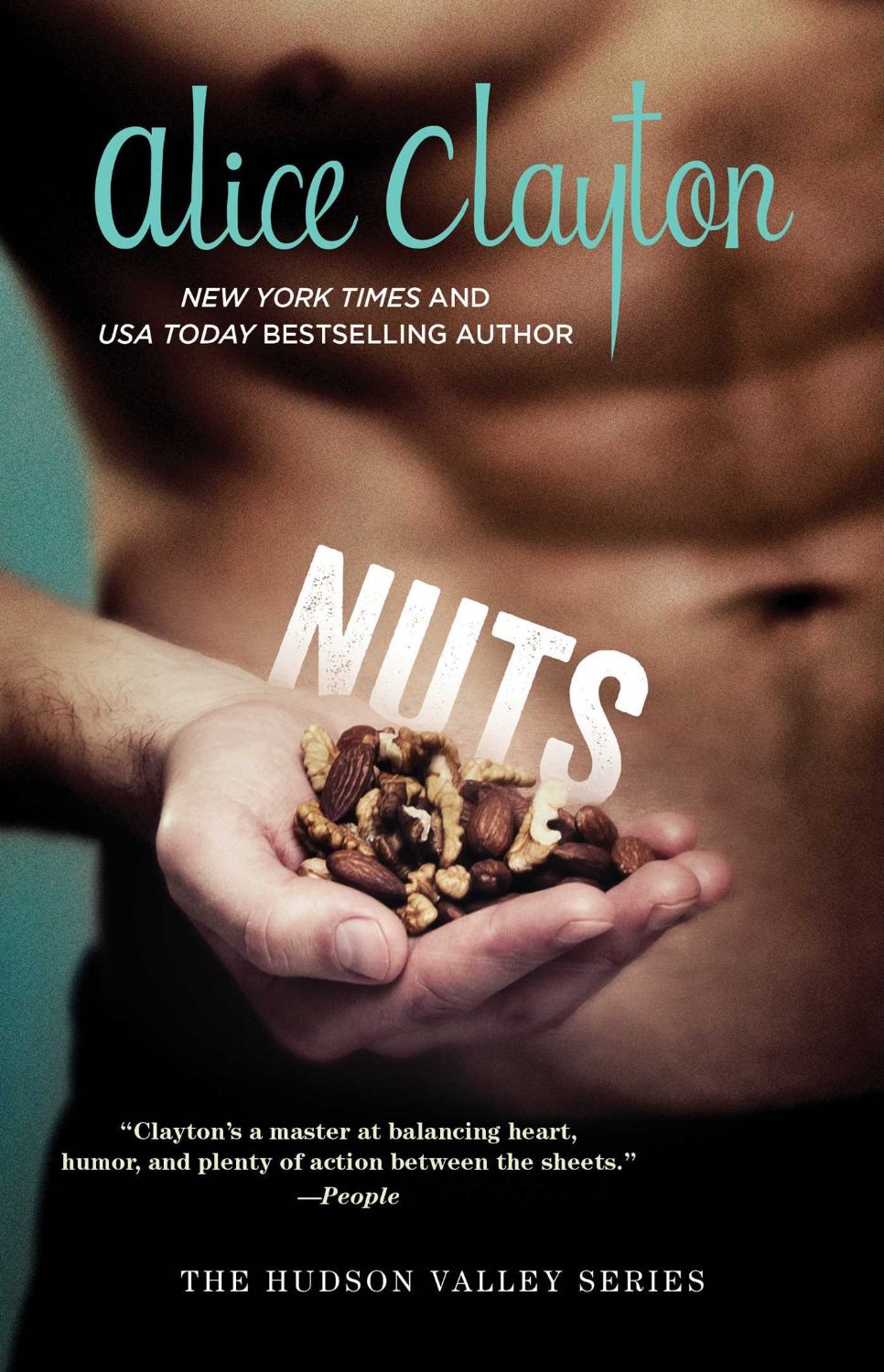 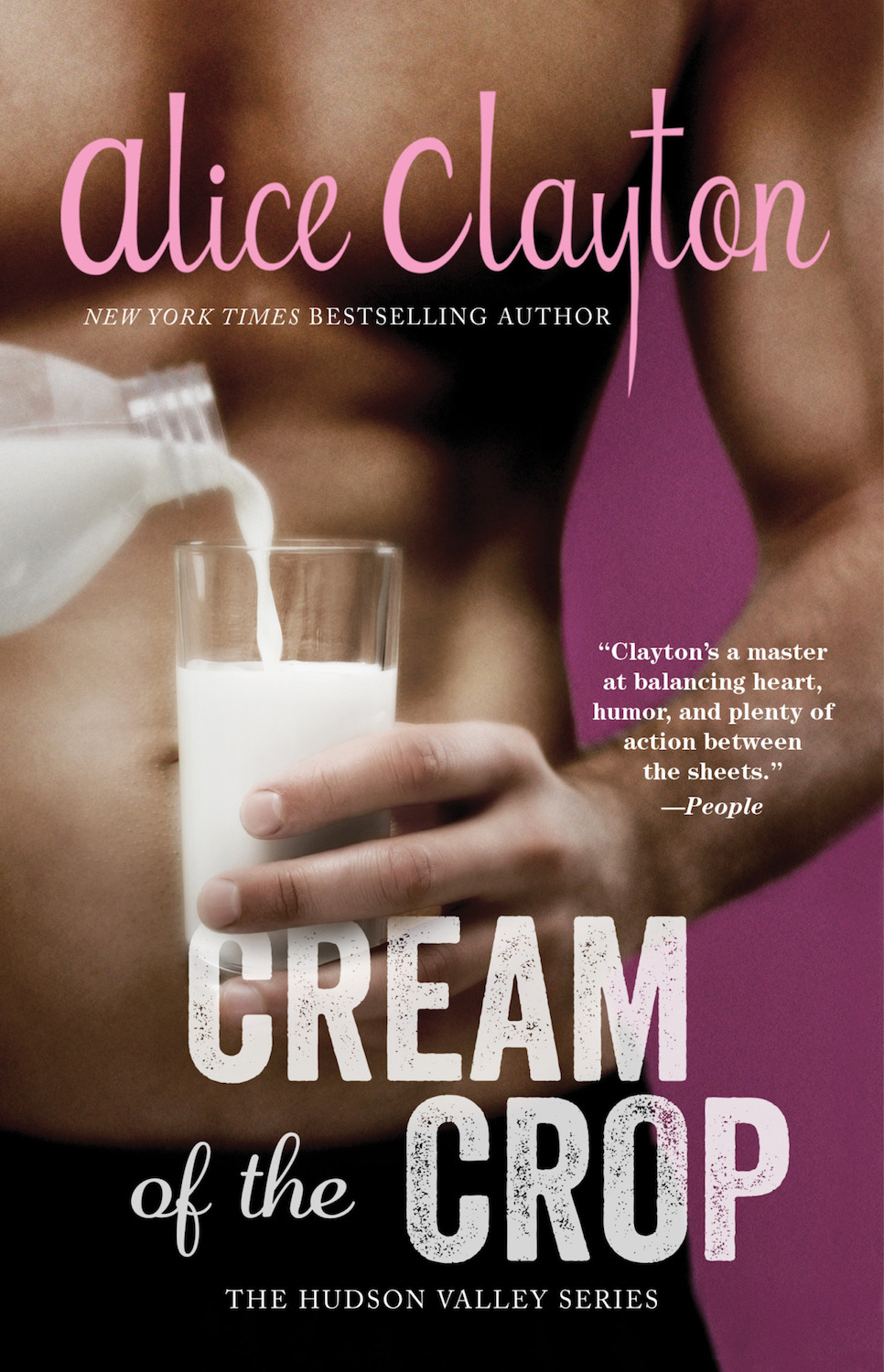 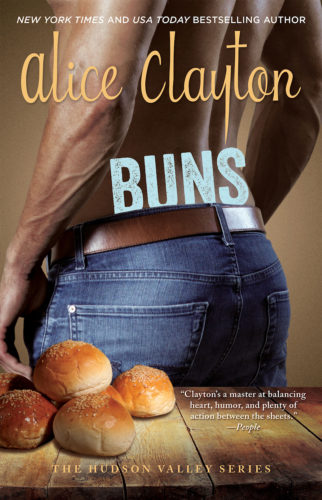