Can you fall for someone you’ve never even met?

Although it’s against the rules for her to check his file, she’s 95% sure she spends at least part of each day texting with her lifelong crush and catering to his every need. Still nursing a wounded heart thanks to her recent breakup, Hailey is perfectly content with some harmless online flirting…until she has to meet her client. Face to face. Cue: utter panic.

Matt Eriksson is no stranger to heartbreak. He’s still not over the destruction of his marriage, and it sucks to be the only guy on the team who knows the truth—that hockey and long-term relationships are a toxic mix. He barely sees his kids, and dealing with his ex makes him feel insane. The only person in his life who seems to understand is someone who won’t show her pretty face.

But it’s nothing that a pair of fourth row hockey seats can’t fix. Hailey can’t resist the offer. Matt can’t resist Hailey. Good thing he doesn’t have to. Fire up the kiss cam!

He’s a hockey star, she’s his virtual assistant…but they’ve never met! Sarina Bowen and Elle Kennedy’s latest novel sounds incredible, and I am so excited to share with you an excerpt. Stay releases on 20 Jun 2017. Here’s a note from the authors…

We’re so excited to bring you Hailey and Eriksson’s story! This book is dedicated to PAs everywhere. They make the world turn! And we couldn’t resist the premise of working every day for a man you’d never met. What if you weren’t supposed to know his identity? What if you guessed it anyway!

“Everyone shut it,” I hiss. “Here comes my date. Pretend you’re normal.”

“Good luck with that.” Wes snickers.

“Mamma mia,” Lemming mutters under his breath. “That can’t be your date, Eriksson. She’s too hot for you.”

I want to tell him to keep his trap shut, but there isn’t time. Hottie spots me and smiles. I watch her navigate the busy sidewalk, and I descend a couple of steps to greet her. “Hey, you made it.” I take her hand, then lean in and give her a kiss on the cheek to show my appreciation. Her perfume invites me to linger, so I take a deep breath before I step back. “Thanks for coming.”

She blinks at me for a long moment, then looks down at our clasped hands. “It’s my pleasure.” Her voice is soft and a little tentative, her blue eyes sparkling. I feel the warm buzz of arousal, and I wish I could just hail one of these cabs and ask the driver to take us back to my apartment.

But I can’t, of course. And that’s not what Hailey signed up for.

Right. Opera it is.

“I’ll apologize in advance for my friends,” I say, stalling.

“Why?” She smiles at me again, and it hits me full force. If this is how Hottie looks at me after she’s gotten a little used to me, I may not survive it. “They didn’t shower after practice?”

“It’s not quite that bad,” I manage, smiling back at her. We’re both standing here grinning like a couple of idiots, but I can’t stop. “They’re just kind of rowdy. Not opera fans. Except for Jess.” I tip my head toward Blake’s girlfriend on the stairs.

Hottie glances at my fellow players and shrugs. “I’m from Toronto, Snipes. I’m not afraid of a few hockey players.”

“If I have a nickname, you get one, too. It’s only fair.” She gives me an appraising look. “Nice tux. Some smart person must have helped you pick it out.” She licks her lips and glances up at the theater.

I am in so much trouble.

Taking her arm, I lead her up the steps. “Guys, this is H…” I almost say Hottie. “Hailey Taylor Emery.”

“Awesome!” Blake bellows with his usual deafening enthusiasm. “I love a chick with three names! Like, um…” He pauses. “James Earl Jones!”

“Not a chick.” Jess sighs, shaking Hottie’s hand. “Welcome to the asylum.”

I cut off this recitation of stupidity by introducing each of these chuckleheads, and then the lights flash outside the theater, prompting everyone to go inside.

“I wouldn’t mind,” someone else mumbles.

We enter the theater and I give Hottie my arm as we climb a curving staircase. Someone shows us to a private box, where another usher waits to hang our coats in a little closet right outside.

But I can’t even hear her, because I’ve slipped Hailey’s coat off her shoulders. And now I almost swallow my tongue. She’s wearing a sparkling, backless dress. That’s not even why I’m speechless. Hottie has an intricate tattoo of ivy vines all across her shapely back.

I let out a little moan of longing, and she turns her head with a questioning look. “Everything okay?”

“Yeah,” I say, my voice a rasp. But no, it ain’t okay. The opera just doubled in length if I have to sit beside her all night trying not to imagine the full picture of those tattoos across her naked body. “Where would you like to sit?” I ask, dragging my reluctant eyes off the swell of her ass.

The box has six armchairs upholstered in velvet. I steer Hailey toward the ones in the front. The others are for Blake, Jess, Wes, and…

“Made it!” Jamie says, appearing in the doorway in a tux.

“Baby!” Wes exclaims with no small amount of surprise.

“My second practice got cancelled. Ran home and changed.”

And then something beautiful happens. Someone on staff offers us glasses of champagne from a cart in the hallway. I hand one to Hailey.

“We definitely didn’t have drinks last year,” Blake recalls. “It must be the box seats. Sit on my lap, Jessie. It’s almost a party now.”

She perches on his thigh and they clink their glasses together, then kiss.

I’m the last single man on the planet, apparently.

“This is so civilized,” Jess remarks, slipping off Blake’s lap and into her own chair.

“That’s exactly what we don’t like about it,” Wes agrees.

Hailey smiles, and I relax by a degree or two. “Thank you for coming with me tonight,” I tell her. “Maybe the opera wouldn’t be your first pick, but I really enjoy your company.”

She glances down for a second, as if she finds it difficult to accept this bit of praise. “It’s nice to step outside my rut sometimes, Snipes.” She lifts her elegant chin. “Have you seen Rigoletto before?”

“I have no idea,” I say without any shame, and she laughs.

When the house lights fade to black a moment later, I smile into the pregnant stillness inside the theater. A couple of coughs and the rustle of clothing are all we hear for a moment.

“Freebird!” Blake whispers from behind me, and I hear Hailey’s giggle even if I can’t see it.

The orchestra starts up with a swell of brass and timpani. When the curtains part, it’s on a bright stage where a big party is taking place, just as Jess described. I try to settle in and watch, but it’s not easy. I’m too aware of Hottie beside me. I want to watch her instead of the opera… 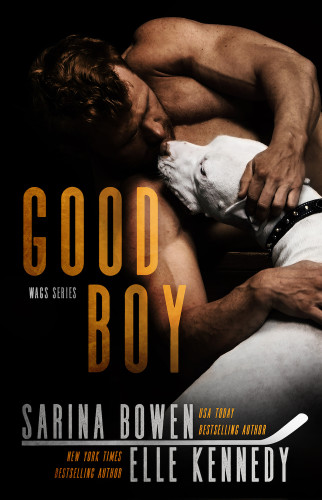 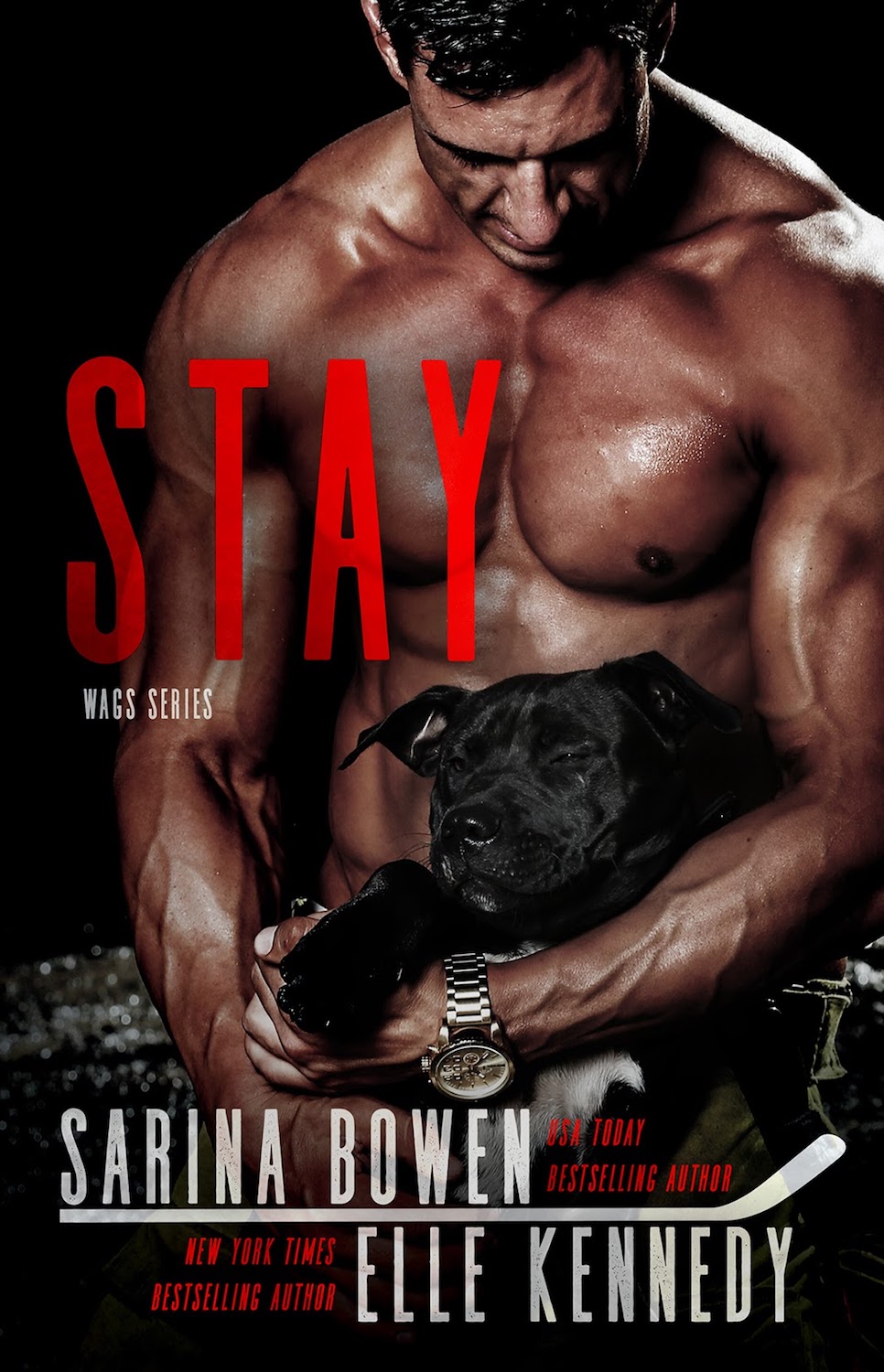 Can’t wait to dive in!