I’m not supposed to be here.

Death has come for me more than once, and each time it’s been a boy who’s stood between me and my final breath.

I called him Christopher when he saved me as a child. When he came into my life again, only months ago, I knew him as Wes. Just as he did the time before, he disappeared the moment he made sure I was out of harm’s way; as if I didn’t need any more saving.

This time, though, death left me with a reminder of how powerful it is. I know it meant to strip me of my spirit again, but it failed.

Even so, I know I need Wes to survive. Our souls are woven together somehow, our every breath in sync. I feel it, even though everyone says I shouldn’t.

The world thinks he’s missing.
His loved ones don’t want to believe he’s dead.
Only I know just how special he is.

I’m going to find him and bring him home, where he belongs. Together, we’ll face impossible—we’ll rewrite our ending.

And when the bad guys come calling, we will always win.

The highly anticipated sequel to A Boy Like You, and the second and final book in the Like Us duet by Ginger Scott, is going to be here in a few days (26 May), and I have a never-seen-before excerpt for you. Both these books are coming up next on my reading schedule!!!

We get to my street and Wes stops. The motor gurgles, and we both breathe long and slow draws, each waiting for the other to do…something. Anything!

Several seconds pass, and I notice the headlights of another car flash in my passenger side mirror. The car behind us slows the closer they get, and I give in and turn to look at Wes.

“What are you doing?” I ask, my words overlapped with his.

“Have you ever teeter-tottered?” he asks.

I stare at him for a few seconds, glad the car behind us finally passes. It was making me anxious. Now we can sit here and stall—that’s what this is…stalling—for a few more minutes.

“Teeter-totter,” he repeats, meeting my eyes. Blue. So unbelievably blue. “You know, like…”

Wes holds one hand up and stretches his fingers wide, twisting his palm from one side to the other.

“I know what a teeter-totter is.” My mouth is a flat line.

His eyes leave mine as he turns to look back out his window toward a small park where the weeds grow high and where teenagers have melted garbage cans and picnic tables with lighters and cigarettes. I’ve contributed my share to the vandalism. In the thick of trash and a forgotten youth, the orange metal seat sticks out from a dirt circle that once held sand.

“I have never been on a teeter-totter,” he says, breathing out a chuckle as he brings his hand to his mouth, resting his weight on his palm, gazing out at the park I played in for years—until the neighborhood turned and my life slid off tilt. I wonder if Shawn brought us there ever when we were small. I wish I could remember any of it.

“You probably just don’t remember,” I say, my voice softer, even though my arms cross my body to stand guard. I still want to go home.

“I’d remember. Trust me,” he says, pulling his hat from his head and running his hands through hair that’s become thicker—longer. “Nobody would take the other side. When I was with the Woodmansees?”

He turns to me again, the look in his eyes a reflection of the lost boy. It’s that look right there that always finds a way in—it shows up in my sleep, in my daydreams. It lulls me now.

He chuckles a little more before turning back toward the playground equipment.

“I would sit there on one end, kicking my legs as hard as I could against the ground, trying to lift myself up. The other end was never heavy enough, though,” he says.

“That’s sad,” I say, and my words come out careless. I’m hardened, because my lonely boy didn’t want to come back to me. I gave him a friend. I gave him my heart—every little piece of me. It wasn’t enough to make him want to come home.

I expect Wes to shrug me off, to start the truck and turn my corner and drive me home, tired of this push and pull. Instead, he turns off the engine, kills the lights and opens his door, stopping just long enough to speak over his shoulder.

His door shuts and I sit motionless while he pushes his hands in the pockets of his perfect jeans and glances both ways before jogging across the street. His hat low on his brow, I breathe in at the silhouette of his form as it walks away. He’s like a ghost, like a hologram that isn’t really here. Only part of him is here. I want the whole thing, though. More than that, I want him to want to be here…completely.

He stops at the teeter-totter, pulling up on one end, the creaking sound deep and loud enough to hear a hundred feet away in his truck. He stares at me for a few seconds before gesturing with his hand for me to come. More of me wants to than doesn’t, so I give in and leave the shelter of his truck, not bothering to check for traffic when I walk toward him. I notice his mouth raised on one side as I step closer, and I shrug.

“What can I say. I’m a rebel,” I say, gripping the other end of the long metal beam and swinging my leg over. The balance is a little awkward, but I’m strong enough to manage. Wes waits as I adjust, his eyes lingering on mine briefly, then flitting to my stomach and eventually my legs, a slight curve to his lips.

“You are much more than a rebel,” he says with a shake of his head as he swings his own leg over and balances us both.

Knowing he has me by a good twenty-five pounds, I push up quickly from the ground, lifting myself high in the air as I watch Wes fall hard on his ass. It was mean, but it felt good.

Wes chuckles, moving one hand to his ass while he shakes his head.

“Normally, I’d argue with you about that, but that hurt like hell, so I’ll let you have this one,” he says, kicking up hard enough that my toes find the ground.

For several minutes, we work together like this, Wes pushing up with more thrust while I merely lift myself back up. The entire time, our eyes are locked. We study each other, and the longer I look at him, the more my emotions mix into a dangerous cocktail and the less I understand about anything.

“Kyle and I used to come out here and do this when my parents were fighting,” I finally say.

There’s a brief pause in Wes’s movement, and he holds us even for a breath.

“It’s no big deal. I was just sharing,” I say. “You know, just filling this fucking awful silence.”

His head falls a tick to one side and his mouth pulls in on the corner. Sympathy. I stretch my left toes so they touch the ground and push up a little, signaling that I don’t want to dwell on this.

“Was that before or after I knew you?” he asks.

This time I pause, letting him do all of the work while I tuck my chin in to glare at him, my toes barely tickling the ground.

“You know better than to ask me that,” I say.

The small rocking halts completely, and I pull my legs up so my shoes rest on the long metal shaft that’s balancing us.

“I don’t remember much about then,” he says, glancing down so all I can see is the brim of his hat and his parted lips as they take a heavy breath.

His head tilts up and his eyes find mine through the shadow of his hat, his mouth a crooked smile.

“We were babies,” he shrugs.

I hold his stare for a moment, waiting through the twisting feeling my insides get from being so close to him.

“We were never really babies, Wes.” 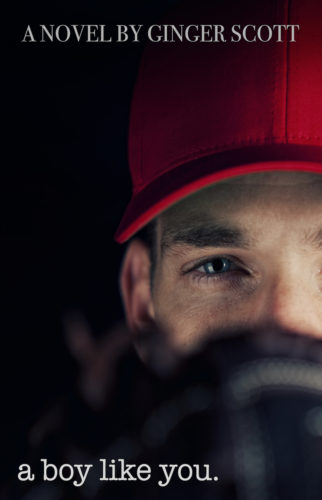 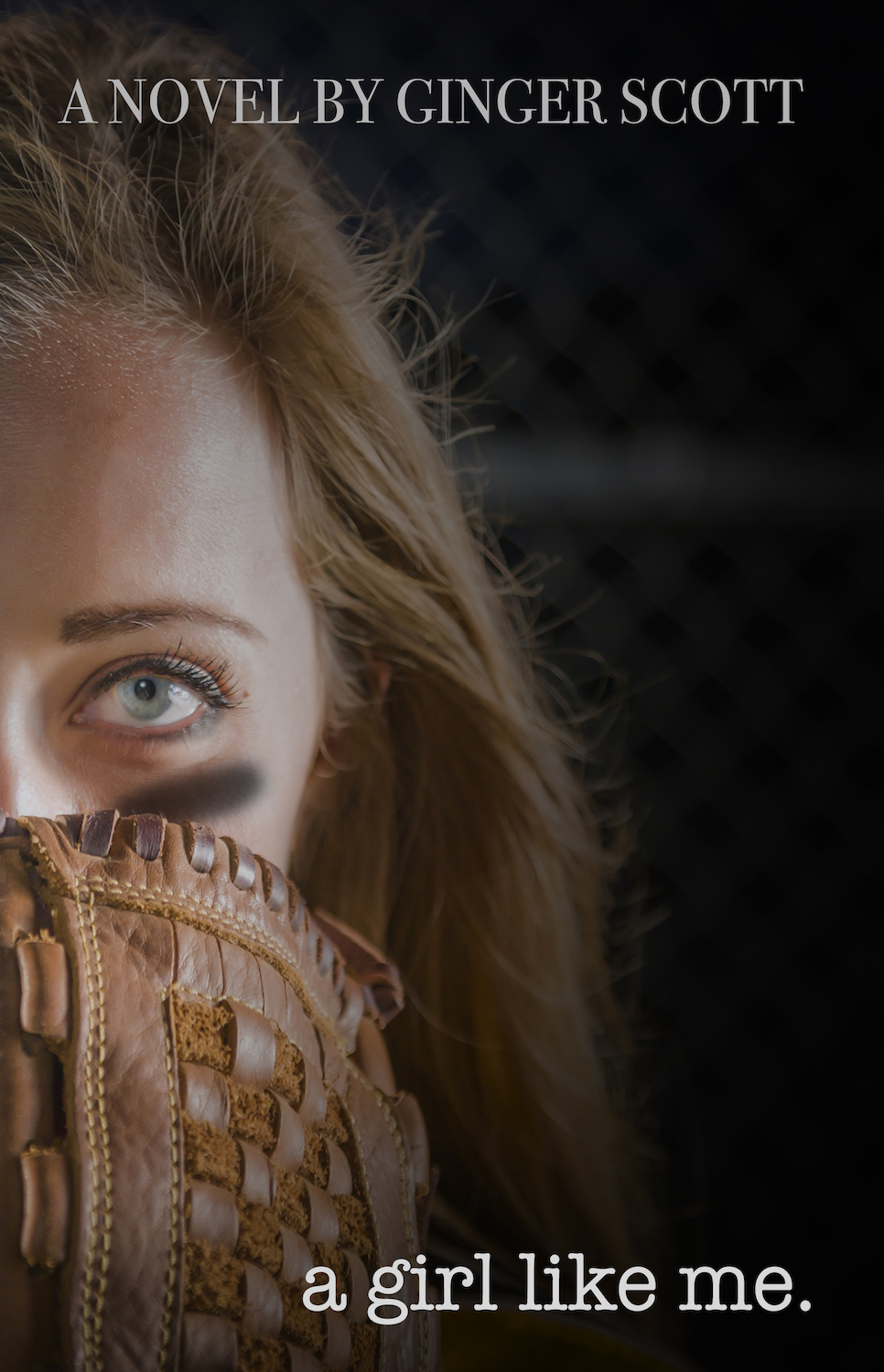 NBJ WEEKLY RECAP – 23 May 2017 COVER REVEAL: Forgetting You, Forgetting Me by Monica James