Eight months ago Jude Lucen fled his partner, his career, and a hospital in Boston after a suicide attempt. Now back in Philadelphia, he feels like a complete failure. Piano has always been his passion and his only escape. Without it, he has nothing. Well, nothing except a pathetic crush on the most gorgeous man he’s ever seen.

Faron Locklear came to Philly looking for a fresh start and has thrown himself into tattooing at Small Change. He’s only met Jude a few times, but something about the red-haired man with the haunted eyes calls to him. Faron is blown away by Jude’s talent. What he isn’t expecting is the electricity he feels the first time they kiss—and the way Jude’s needs in bed speak directly to his own deepest desires.

Jude and Faron fall fast and hard, but Jude has spent a lifetime learning that he can’t be what the people he loves need. So when the opportunity arises to renew his career in Boston, he thinks he has to choose: music, or Faron? Only by taking a huge risk—and finally believing he’s worthy of love just as he is—can he have the chance for both.

EXCLUSIVE EXCERPT: Invitation to the Blues

The second book in Roan Parrish’s Small Change series is releasing tomorrow, and I have a red-hot little sneak peek for you! This series is set in the Middle of Somewhere universe and features crossover characters from that series, but each book can be read as a standalone novel.

“I wish I could see you drawing.”

He looked at me for a moment, then stood and moved behind me on the couch, leaning me forward. He settled in, one leg against the back of the couch, the other with a foot on the floor, and drew me back against his chest.

I nodded. His smell was all around me.

He flipped to a fresh page in the sketchbook and held it in front of me. I let my head settle back against his shoulder so I wasn’t blocking his view, and felt his lips at my hair. I took a shuddery breath and forced myself to relax against his body.

He began to draw. His hand moved quickly, and with light strokes my feet emerged, and the arm of the couch, then the shapes of the kitchen beyond. The first line he’d drawn had shaped the inside slope of my left foot and I touched it, pencil smudging slightly under my finger.

“Sorry,” I said, and Faron kissed my hair.

“Take your socks off?”

He turned the page and I pulled my socks off and he began to draw again. This time, he drew my feet in detail. I watched the sketch unfold as surely as a piece of music unfurled before me as I played. The articulation of bony toes, the tributaries of tendon and blood vessel, the subtle shadows of instep. It all began as the lines that differentiated my foot from not-my-foot. As simple as that. Object and non-object; line and space. Sound and silence.

I’d never been so aware of my feet as seeing them through Faron’s eyes. I turned my head just enough to see his chin.

His breath caught and he slid his hand along the outside of my thigh. He put the sketchbook on my knee and his hand came to rest on my stomach. My heart started pounding and unexpected arousal crept over me, setting my skin to a tingling awareness. I clutched at his thighs where they cradled mine, the muscle beneath his thin linen pants firm and tight.

His touch was slow and sure, like he was sketching, learning the planes of my stomach and the ridges of my jeans with his fingertips. He brought his fingers to the hem of my shirt and paused there. I pressed into his touch and he slid his hand under my shirt. I gasped as his warm hand slid over the sensitive skin of my stomach. It felt like no one had ever touched me there before.

I’d tangled his foot with both of mine without noticing it but now I felt his bare foot slide against mine.

“Hold this,” Faron murmured into my hair, and handed me the sketchbook. I held it so he could draw with his right hand as his left continued to explore my torso. He sketched our feet, his elegant and high-arched, and mine, bony and slender; his dark, mine pale. And all the while, his fingers sketched other shapes against my skin. He dipped into my navel and ran along my ribs, sending shivers down my spine. When he skimmed a fingertip over my nipple I gasped and tensed against him.

He traced my nipple until it was a hard peak, then squeezed it, and my hips jerked, making the sketchbook jump in my hand. Faron’s breath went rough and he nuzzled into my hair.

My heart was pounding and I knew he could feel it. I squirmed to try and take my shirt off, but I couldn’t quite get it. Faron stripped it off me and ran sure fingers along my ribs. Then he traced the blue veins visible beneath my skin from my heart to where they disappeared under my waistband.

With my oversized shirt out of the way, the bulge of my erection in my jeans was obvious.

I drew my knee up, resting it against the back of the couch. He slid a hand up the inside of my thigh so slowly I held my breath, but he didn’t touch my hard cock and I shuddered with arousal.

“Jude,” Faron breathed, and I let the sketchbook fall between us as I went for the button on my jeans. I felt like I was made of pounding heart, flushed skin, raging need, and it felt like nothing I’d ever experienced. It didn’t even feel like sex; it felt like desire. It felt like what I knew sex was supposed to feel like but rarely had for me.

Faron lifted my hips and I shimmied the jeans down and kicked them off. I had a moment of regretting it when I realized my pale, skinny legs were now on full display, but Faron’s groan at the sight of my bared skin was so sincere and gratifying that it eclipsed my self-consciousness. When I settled back against him, I slid my ass back, nestled it between his legs and felt the hardness there. Thank god. He clutched me to him and shuddered as his erection slid against me.

I spread my legs again, one knee against the back of the couch and the other slung over his knee. He was fully clothed and all I wore were clinging briefs that were wet with my arousal and straining around my hardness. Faron cupped my cock and balls through my underwear and I jerked in his hands, my body hot and out of control. I kept my hands on his thighs, but I ground back against him and forward into his hand, trying to get more pressure, more friction.

With a shuddery breath, Faron reached between my legs, and I tensed, waiting for his touch. But he pulled the sketchbook back and held it up for me. My every nerve ending was alight with the need for release, but I realized that I wanted to see what he would do more than I wanted to come.

I propped the sketchbook against my right thigh and Faron picked up the pencil. With his right hand, he drew the triangle of my crooked knee, and the curve of my bare foot where it rested on the couch. With his left hand, he roamed my body, setting my skin on fire. He played with my nipples and stroked my stomach. He traced the crook of my knee and where my thigh met my groin. He trailed fingers up and down the inside of my thigh until my whole leg was shaking with tension. Finally, he drew a fingertip along the rigid length of my cock and I gasped.

My erection jerked and I thought I might come. The tip of my cock pressed out the top of my underwear, straining red against my stomach, and I felt Faron’s arousal as he stiffened further against my ass. His self-control was unreal. I could feel the faint trembles in his thighs, his stomach, his chest, but he kept still.

When I threw my head back on his shoulder, I could feel his hot breath against my ear and my throat and I wanted desperately to kiss him. But I didn’t want to be the one to choose. I wanted to see what he’d do more even than I wanted to kiss him. 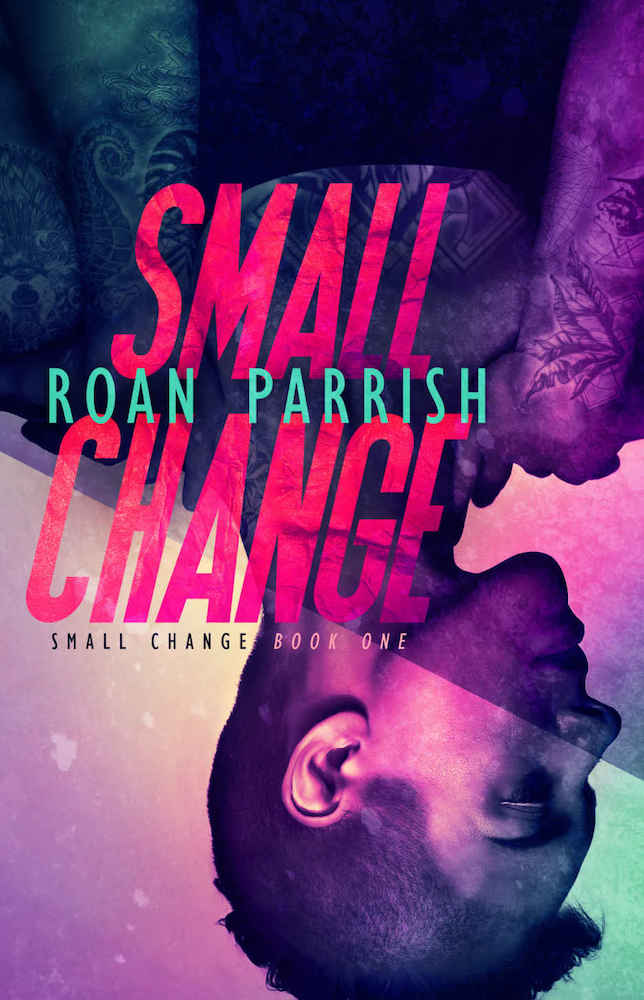 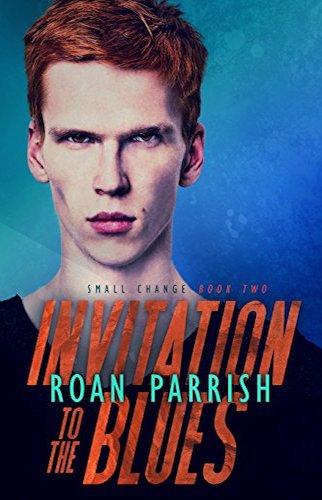