After a six-year absence, Addison Potts is back in Charleston to stir things up. And what better place to make her villainous return than her estranged cousin’s wedding? Only, the nuptials hit a snag when the bride doesn’t show, leaving Addison to play getaway driver for the jilted groom. A groom whose heartbreaking smile and deep, southern drawl she should not be noticing…

Elijah Montgomery Du Pont is the future mayor of Charleston. From his military career to city hall, every detail of his life has been meticulously planned. Until now. His only respite from life’s sudden upheaval is Addison, his new, improbable best friend. She makes him happy. Grounds him. And public disapproval be damned, he’s not willing to give her up. But with an election on the line and public pressure rising, Addison—and the cruel hand of fate—might not give him a choice.

“Not loving you would have been crazier than loving you at first sight.”

Just when I was in dire need of a book to jolt me out of a reading slump, this beauty came into my life and made me forget the whole world around me. It was my first encounter with Tessa Bailey’s sublime storytelling, but from the very first page, I knew I was going to fall head over heels in love with her writing. The perfect balance of angst, heart, and headboard-rattling sex, I was utterly besotted by these characters from the get-go, and even struck on several occasions by how much I felt everything they were feeling, how in sync I was with their every emotion. Stir a quirky, fun-loving, bold, yet inherently vulnerable leading lady with a well-mannered, compassionate, true Southern gentleman, add a jilted groom scenario and a dash of dirty bedroom talk into the mix, and you have the makings of one of the most moving friends-to-lovers romances I’ve ever had the pleasure of reading. I can’t imagine a more perfect reading escape beginning to end!

I’ve been living in the shadow of my mother’s poor choices. Men are a novelty to me. With every one I’ve enjoyed and discarded, I’ve been proving to myself I’m not her. That I’m better and smarter. My eyes are open.

In Charleston, South Carolina, gentility, hospitality, and good manners might be as common as sipping a glass of sweet tea on a hot summer’s day, but a good scandal is never truly forgotten, and no one holds a grudge like its most affluent citizens. Six years of living hundreds of miles away from her hometown have done nothing to change the way everyone in Charleston has always looked at Addison Potts—the born-out-of-wedlock daughter of a home wrecker—and only the death of her beloved grandmother could have brought her back home. Shunned from birth by her blue-blooded relatives, Addison never really cared for their approval or acceptance, but she somehow finds herself crashing her cousin’s wedding, out of sheer defiance because she wasn’t invited. And half an hour later, she becomes the getaway driver for the jilted groom.

“She’s the one thing in my life that hasn’t been planned.”

As the only son of Charleston’s longest-sitting mayor and his political heir apparent, Elijah Montgomery Du Pont was raised to never disappoint his family or his community, expectations and duty shaping every single aspect of his life, including his love life. But when he finds himself left at the altar by a woman who embodied everything he was taught to be drawn to, Elijah makes a spur-of-the-moment decision that will forever change his strait-laced life—he jumps into a stranger’s car and a week later, he moves in with her.

“You treat me like what I am, not what you think I should be. I appreciate that kind of friendship.”

What starts as a peculiar friendship between two people with very little in common, soon becomes the most important relationship in both their lives. For Elijah, every moment with Addison is a welcome reprieve from the responsibilities that face him daily, but it is her wit and honesty that make him feel at home whenever he is around her. Addison, on the other hand, is a polar opposite to Elijah’s soul-bearing, heart-on-your-sleeve intensity, fiercely guarding her heart from disappointment and rejection, and not allowing herself to hope that their friendship could ever become anything more. And even after the spark between them becomes a full-blown inferno, Addison keeps telling herself a man like Elijah could never love a girl like her—a girl with no pedigree that could only ever be a liability to his political career.

I’m not the girl that gets a man like Elijah in front of the altar in a bow tie. “You want to be…friends with benefits?”

But Elijah never saw Addison as his dirty little secret, refusing to share her with the world for as long as he could because he’s always known no one would ever understand their bond, and once he recognises that his feelings for her are more than that of a friend, he can no longer hide his caveman-like possessiveness of her, or his need to protect her from anyone wishing to harm her.

The gentlemanly restraints are coming off. If I never found Addison, I wouldn’t have known how good it felt to lose them. With her. Only with her.

With almost everyone in Elijah’s life set on tearing them apart, he is caught off guard when he discovers that the greatest obstacle to their happily-ever-after has been under his nose all along, letting her own insecurities take control of her.

Hope can be the devil for women when it comes to men. Especially men who’ve already pledged their love to someone else. To an ideal that a Potts girl could never fit.

Tessa Bailey weaves a truly unforgettable tale of two friends, falling in love, a tale that positively vibrates with emotion, chemistry, and the collective effervescence of two characters that never fit a mould, and defy expectation at every turn. She crafts two complex, infinitely interesting characters that are easy to love and understand, but it is the way she makes us feel the growing affection between them that stole my breath away. I loved this book with all my heart, and would recommend it to anyone seeking a sweet, yet red-hot romance to completely lose themselves in.

“Addison, if something is bothering you, talk to me about it. I’ll go get the axe.”

“What’s this about not running in public?”

“Well now I really want to tell you.”

She watches me and waits with a rare patience. “It’s my ass. When I run outdoors, they…for some odd reason…like to photograph it. There might even be a…” I have to sigh. “…a slow-motion GIF floating around somewhere on the internet.”

The silence carries for one beat, two, until Addison bursts into laughter. “Holy shit. I was not expecting that.” And just like I should have anticipated before opening my idiot mouth, she circles around behind me, hands linked together beneath her chin—a kid on Christmas morning—but I turn in time to evade her.

She gasps and follows. “I just realized you always untuck your dress shirt before walking in my front door. Have you been hiding a GIF-worthy ass from me, Elijah Montgomery Du Pont?”

“Addison Potts, this conversation is indecent.”

“I’m an indecent kind of girl.”

I frown at her. “You most certainly are not.”

She tosses her hair. “How would you know?”

That question distracts me long enough for her to get around the back of me. I’m so distracted, actually, wondering if Addison was referring to her sex life, I don’t try to stop her when she lifts the back hem of my T-shirt and…growls. She growls.

“People usually reserve that tone for the Sistine Chapel.”

“Not even Michelangelo could have pulled this off.” 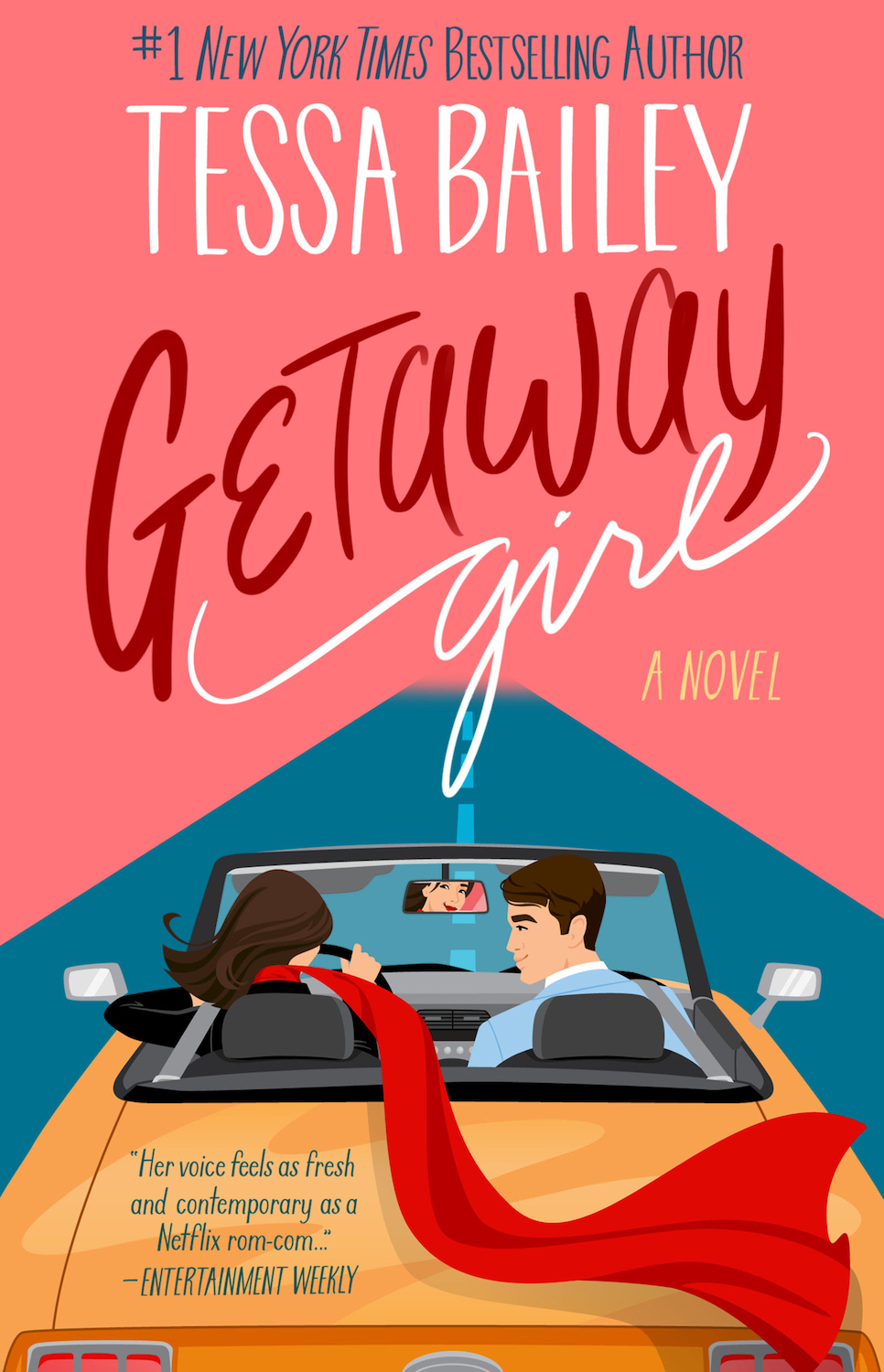 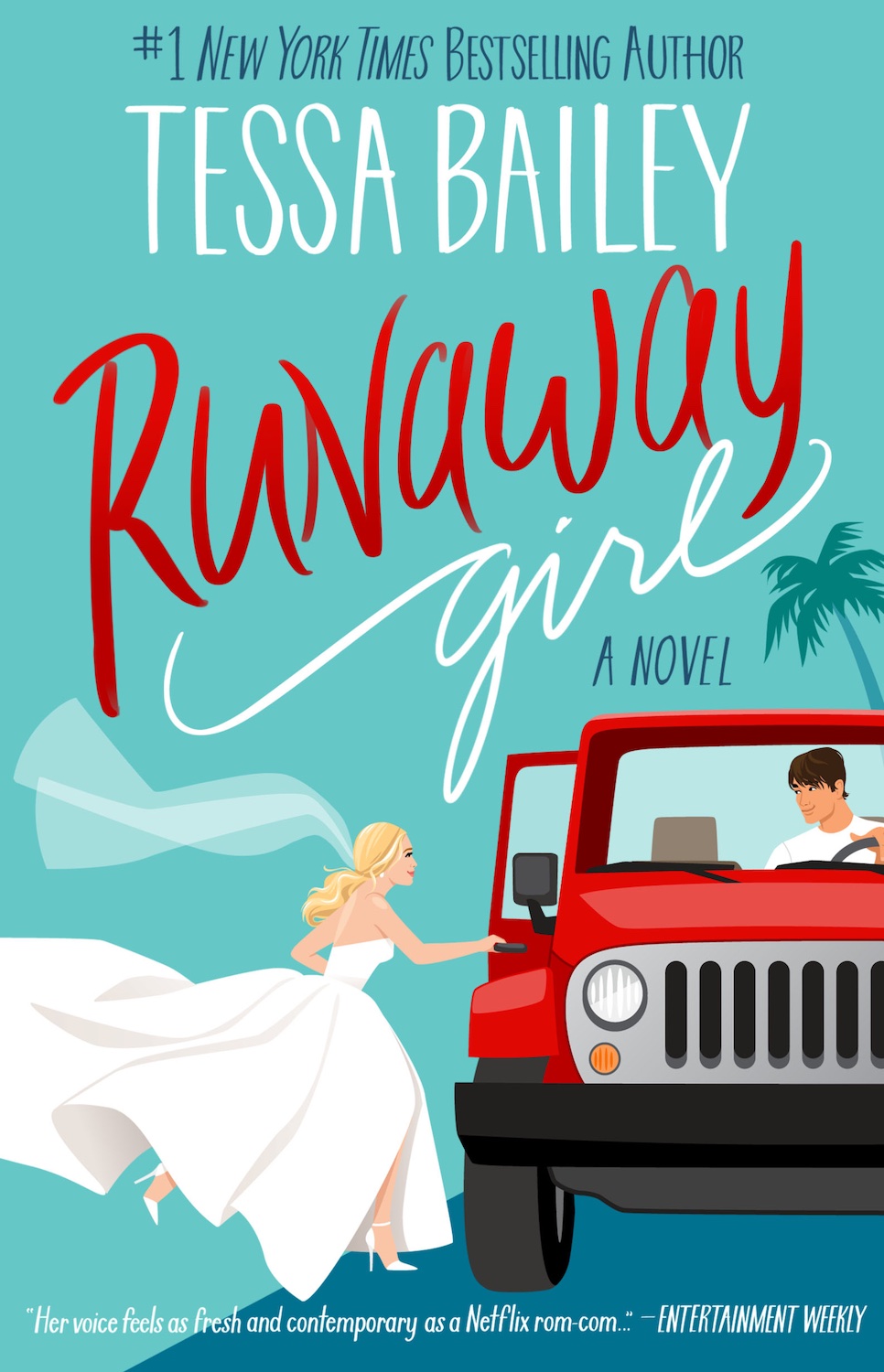 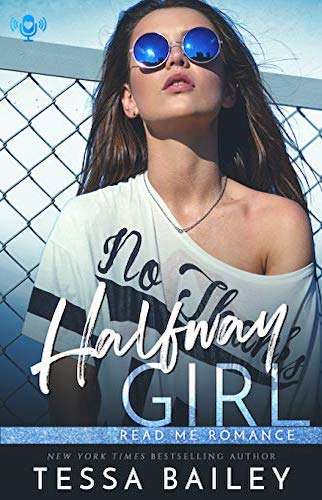 You hit the nail on the head about feeling in sync with their emotions! I found myself crying during a couple of Elijah’s chapters towards the end of the book. It is such a remarkable book <3

I can’t stop re-reading it!!

Just put this on the buy list! Sounds really awesome, I don’t know how it got by me!