Skye Copeland is on paid leave from her broadcasting job after accidentally drawing a wiener on the traffic map.

Let that sink in. Like it’s her fault the traffic pattern created a perfect schlong?

Skye isn’t laughing. She needs this job. And that’s the only reason she’s willing to chase down a story in her least favorite place—that hell on earth known as Vermont.

A quick trip. In and out. Much like – never mind. She can sneak into the town that once tried to break her, get the story and slide back into the good graces of her producer. Easy peasy.

But things go sideways the moment she steps over the county line. Her stepsister is running from a violent drug dealer. And the cop on the case is none other than Benito Rossi, the man who broke Skye’s teenage heart.

His dark brown eyes still tear her apart. And even as she steels herself to finally tell him off after twelve years, the old fireworks are still there.

Things are about to go boom.

One of my fave books of the year is out this week, and I am so happy to share a sneak peek with you! It’s a second chance romance between two childhood sweethearts whose budding romance got cut short many years before. The heroine is back in town after twelve years of absence, and the first person she runs into is the man who broke her young heart. I really only have two words for you—Benito Rossi…

Benito Rossi folds his big frame into the booth beside me, blocking my exit with his muscled bulk. “What, no hug for your old friend?” he says.

As if. But now I’m trapped. The choices are A) stay put, or B) climb into his lap to make my escape. And the latter sounds far too appealing to be a good idea.

“What’s that Skyescraper?” he asks again, catching both of my hands in his. “Look, I’m surprised to see you, too. So why don’t we start with an easy question. What the fuck are you doing here tonight?”

His broad hands give mine a gentle squeeze, and my heart skips a beat. Stupid heart. It takes me a second to remember that I hate that nickname. And now that flight is no longer an option, I go straight to fight. And that’s easy, because suddenly I’m so hopping mad that I can’t see straight.

“Don’t call me that,” I bite out. I never appreciated the fact that he’d given me a tall-girl nickname. Although, until the Night of a Thousand Disappointments, it was the only thing I didn’t like about him.

Back then, I would have done anything to hear more of his deep voice in my ear. But now I just need to get away before he can bring any more of that ache back to the surface. I’d cried a river of tears for him, and I didn’t want to turn the taps back on. So I tug my hands back from his. “There won’t be a hug, and I don’t want to chat. Just let me go.”

“Nope,” he says with a simple shake of his head. “First we’re gonna have a talk.”

First, I’m going to have an out-of-body experience. Because he’s so achingly familiar, sitting right there beside me. When I was sixteen, I’d memorized the curve of his cheekbones, the masculine shape of his nose. I’d learned the precise form of his full mouth when he smiled.

And every time he touched me, I leaned in, not out.

“First I’d like to give you an overdue apology,” he says in a voice that’s way too calm. “I’m sorry I let you down on the last night of school twelve years ago. It’s all my fault, and I’ve regretted it ever since. I’m sorry.”

My jaw hinges open, because his apology is both unexpected and woefully inadequate. Does he know how much pain he caused?

Not that I think about it anymore.

“And now,” he continues, “feel free to tell me why you disappeared for twelve years without a goodbye.”

I can’t do that, though. Because I refuse to let him know how deeply he wounded me. Which he should already know. He’d stood me up on the only magical night of my young life. Did I just slip his mind?

“Skye, I went half-crazy wondering what happened to you. So start talking.”

My head nearly detonates. Because if he went half-crazy, it was probably just the guilt talking.

“No? Fine,” he continues. “I get that you were pissed about missing the dance. But you didn’t give me a chance to make it up to you.”

“Wow.” In the first place, I can’t believe he’d characterize such a major betrayal as something that could have been easily fixed with flowers or another ride to school on the back of his bike. It wasn’t only that I’d missed a party. He’d taken another girl instead of me.

Even now I feel a wave of humiliation. I can’t go back to that moment. I don’t want to think about this ever again.

In fact, I’m changing my plans. This setup of Rayanne’s had a stink to it from the moment I’d read her weird little note. And just because she wants to send me on a wild goose chase tonight doesn’t mean I have to participate.

New plan—I can go to Raye’s place and find the key under the Buddha. I’ll go there and regroup, and wait for Rayanne to contact me. If I decide that I need help, I can find Benito later.

“Excuse me,” I say as firmly as I can. “I’ve heard you. You’re sorry. But I did not drive two hundred and fifty miles to talk about grad prom.” The name of that fateful dance rolls easily off my tongue, as if the whole episode had happened only ten minutes ago.

Ugh. I’m drowning here. He’s too close. And his scent—a heady mixture of leather and the outdoor air—it’s so familiar I want to cry. “It wasn’t a big deal,” I add, eyeing the edge of the booth. I’m just a couple of feet from freedom. “If you’ll excuse me.”

He frowns at me, pinning me with his chocolaty gaze. “It wasn’t a big deal,” he repeats slowly.

“If you didn’t really care, then why did you take off like that? Not even a note, Skye. For twelve years.”

“I see,” he says. And then we have a stare-down—his soulful eyes versus my looking-into-camera-number-four stare. And the crowded bar just falls away. In spite of my professional advantage, I am in serious risk of losing this contest and tipping headlong into that brown-eyed gaze. This is how he used to look at me—as if he could see all the things I hid from everyone else. And back then, I was okay with that.

No, Skye, I coax. We’re not doing this again.

I break our stare-off. “Look, I gotta go. Could you let me through, please?”

“No can do,” he says immediately. “Not until you tell me what you’re doing here tonight.”

“No can do,” I echo, which brings out his husky chuckle.

The sound of his laughter is so familiar that it makes my hands shake. This is why I’ve avoided Vermont for so many years. Now I’ll have the sound of Benito’s laugh—and an updated image of his devastating face—in my head when I go back to New York on Monday. 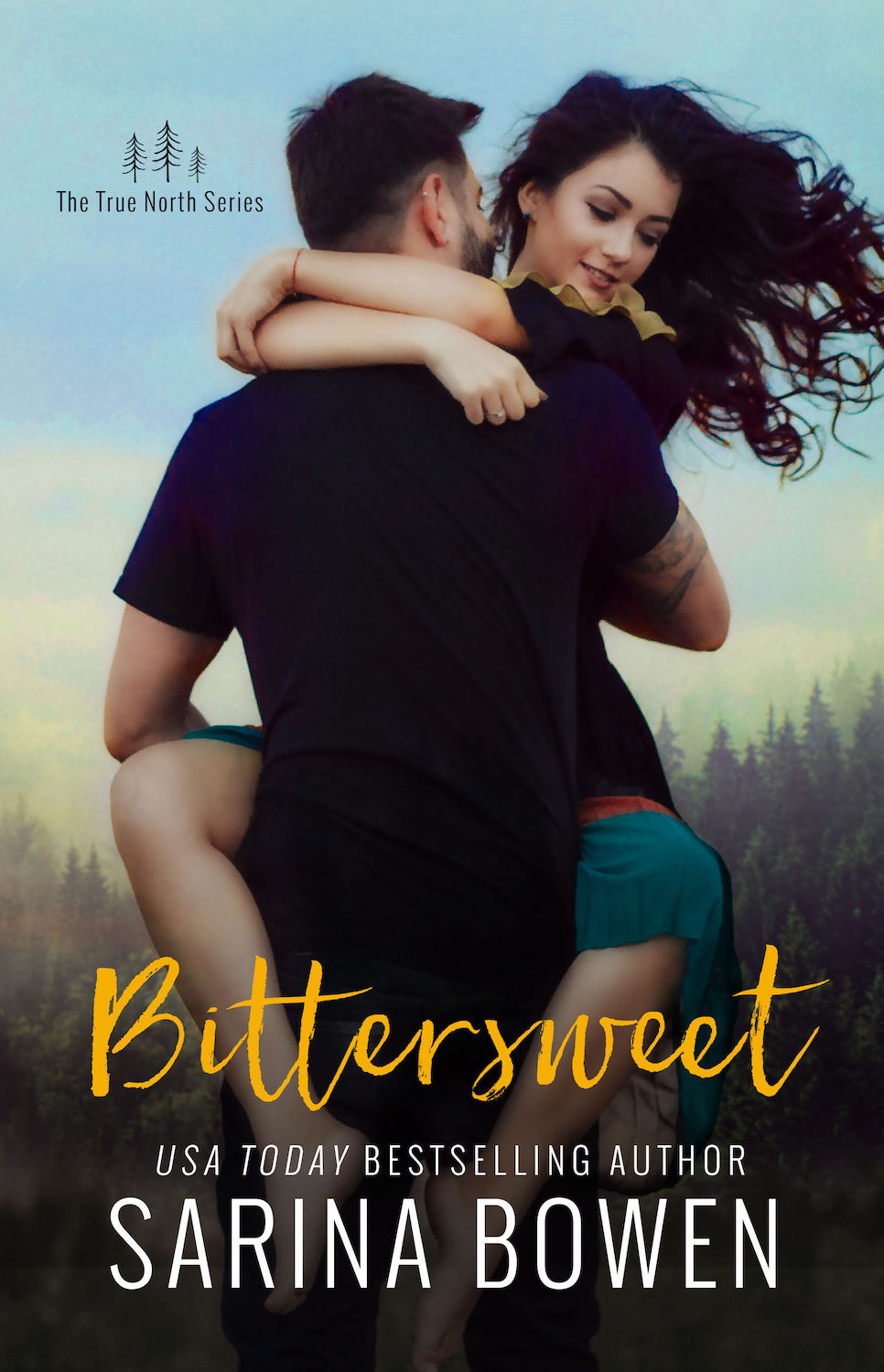 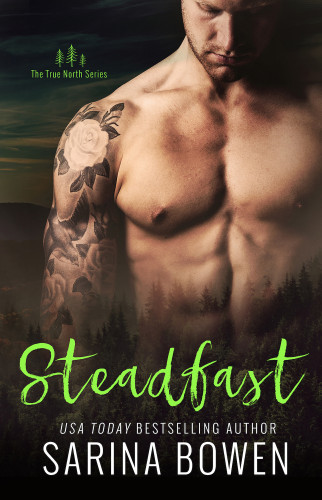 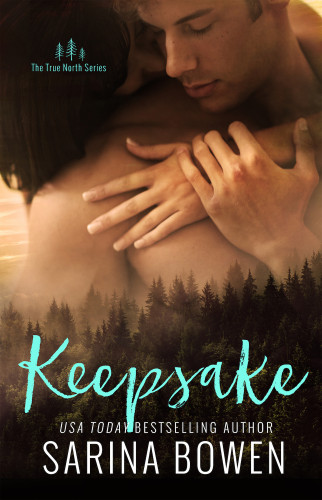 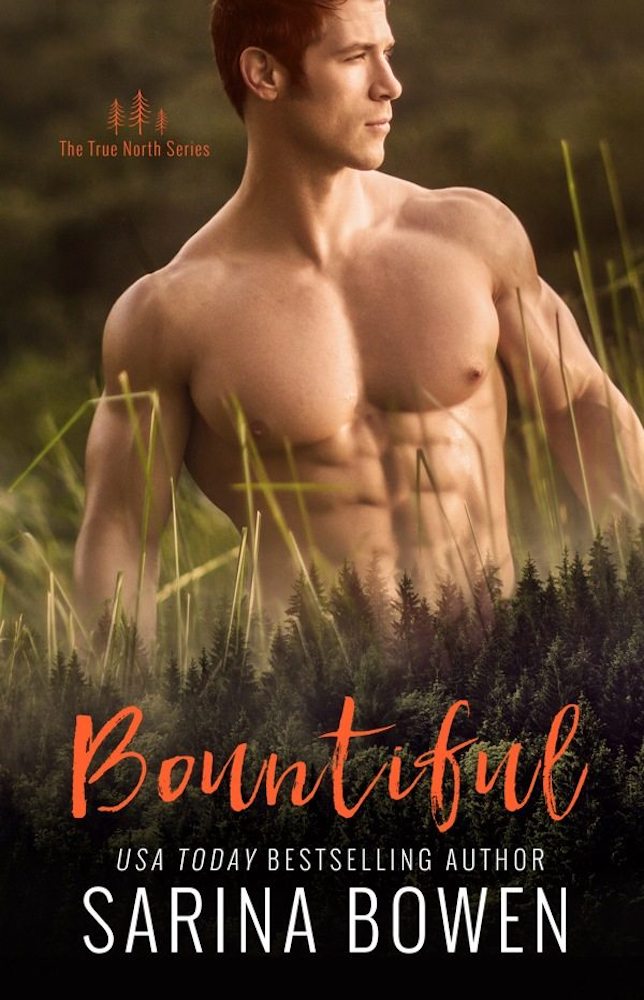 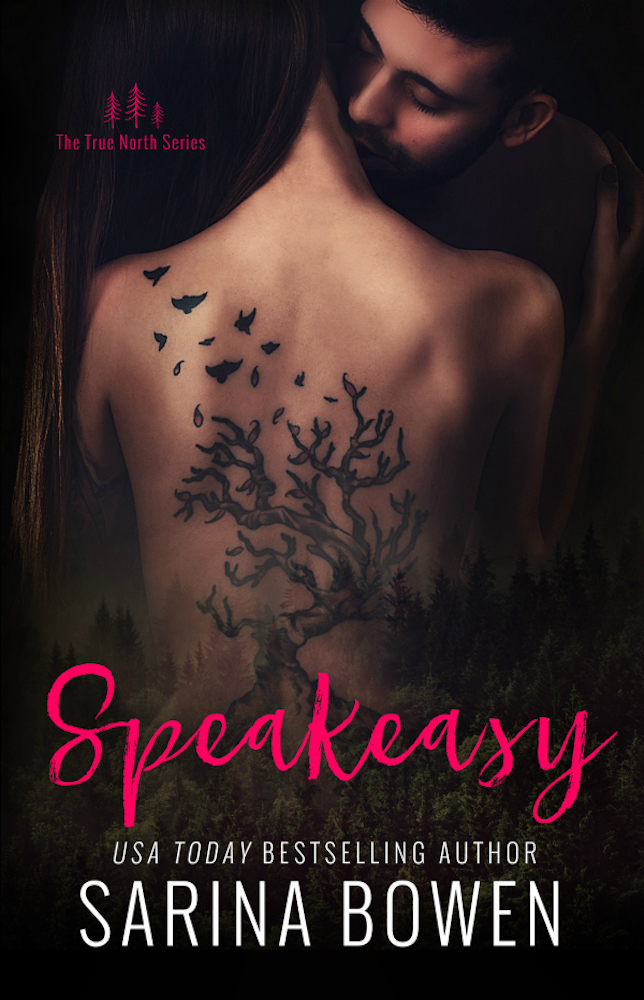 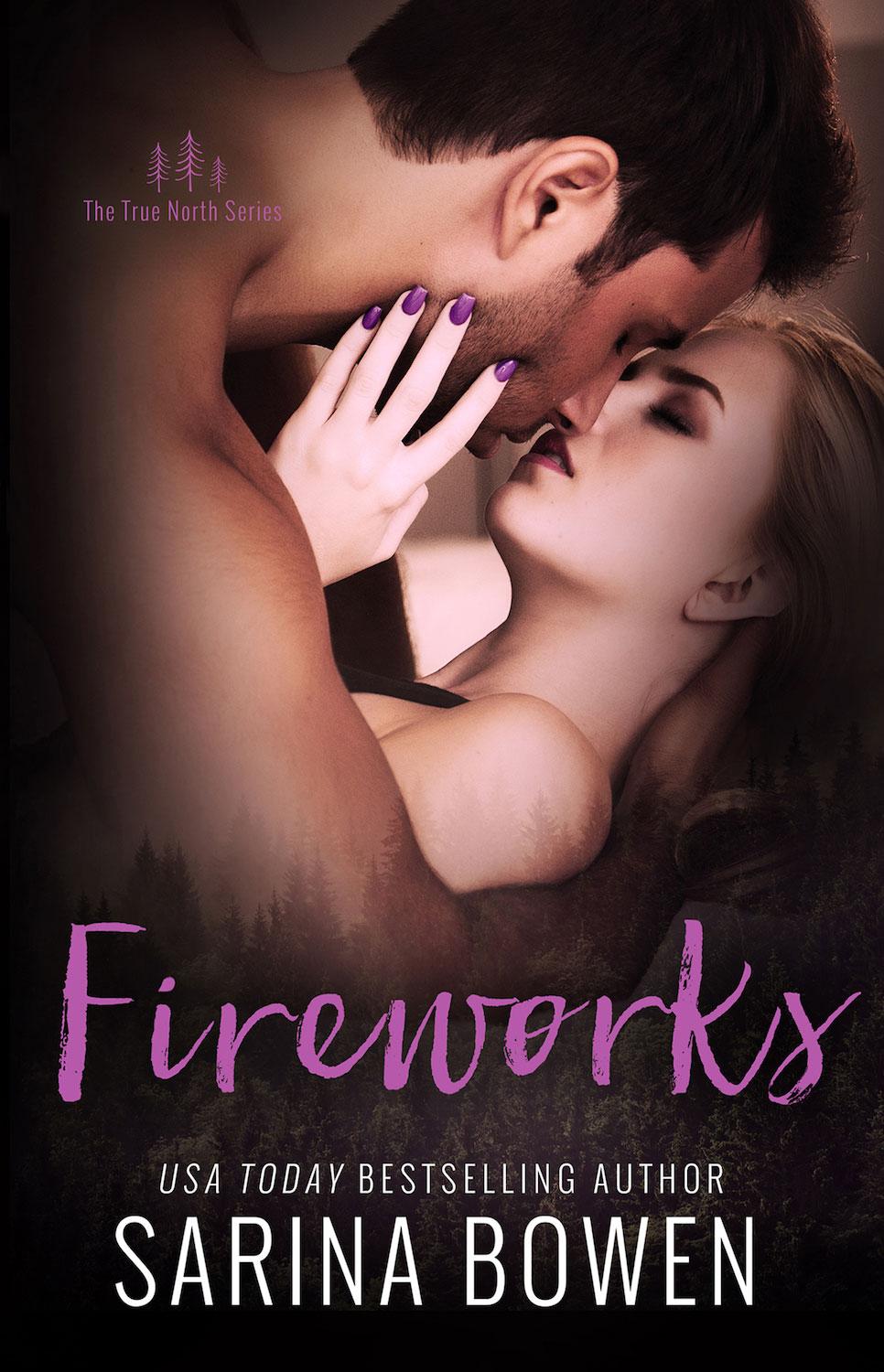 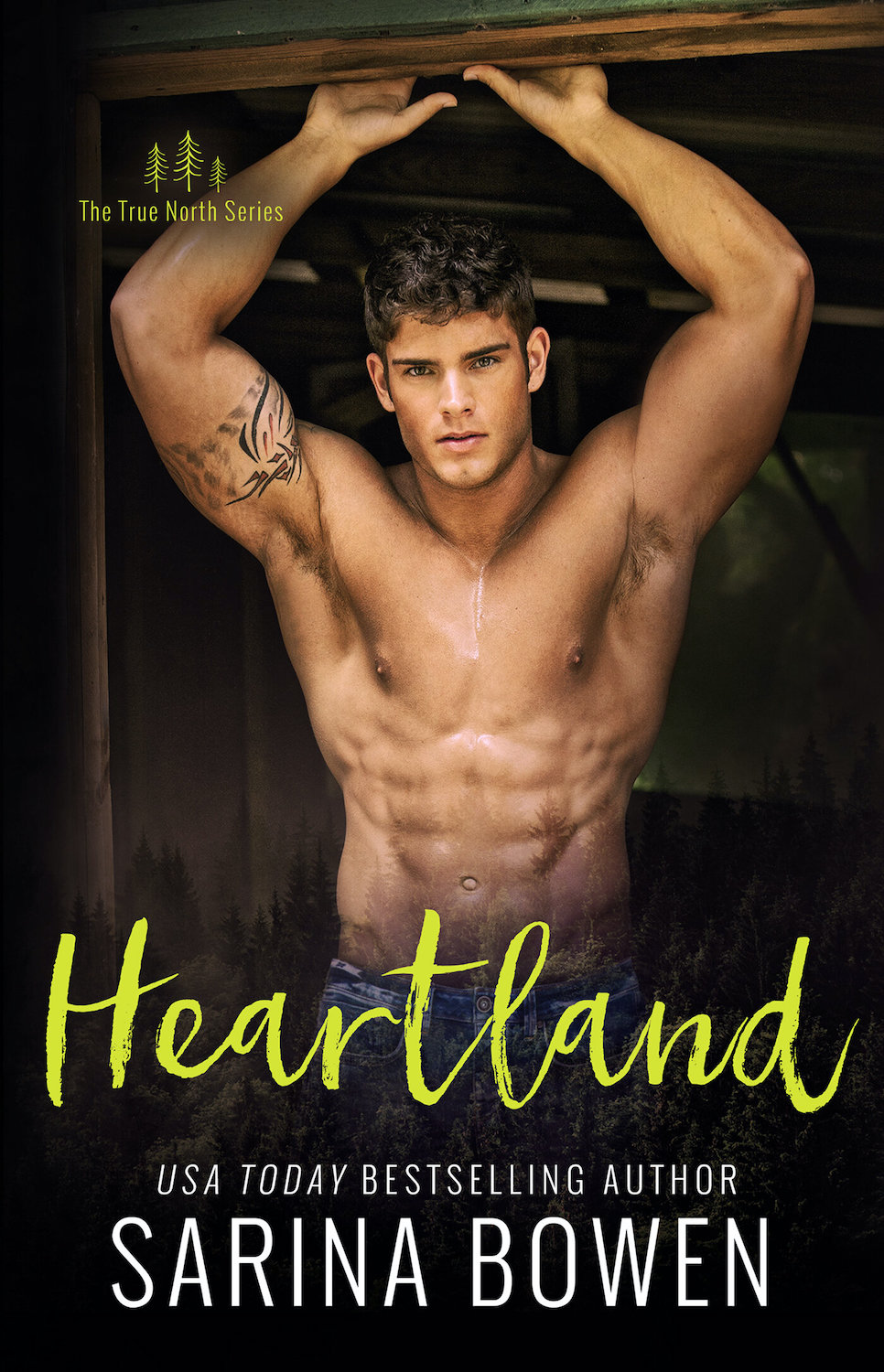