He’s built a quiet life for himself in Alaska. But it doesn’t stand a chance against the unrelenting pull of a man who’s everything he shouldn’t want.

Ex-military mountain man Griffin Barrett likes his solitude. It keeps him from falling back into old habits. Bad habits. He’s fought too hard for his sobriety to lose control now. However, his gig as a wildlife guide presents a new kind of temptation in superhot supermodel River Vale. Nothing the Alaskan wilderness has to offer has ever called to Griffin so badly. And that can only lead to trouble…

River has his own methods for coping. Chasing adventure means always moving forward. Nobody’s ever made him want to stand still—until Griffin. The rugged bush pilot is the very best kind of distraction, but the emotions he stirs up in River feel anything but casual, and he’s in no position to stay put.

With temptation lurking in close quarters, keeping even a shred of distance is a challenge neither’s willing to meet. And the closer Griffin gets to River, the easier it is to ignore every last reason he should run.

Annabeth Albert kicks off her brand-new Frozen Hearts series with Arctic Sun, an opposites-attract romance between a rugged outdoorsman and a smoking hot former male model, and I have an awesome excerpt for you. I read this book over the weekend and absolutely LOVED the slow-burning romance between the leads.

“One of the things that I love most as a reader is scenes that show growing sensual tension, and that’s exactly what we have happening here!” —Annabeth Albert

After some discussion and time to put their bags away, the group settled on Fenna and Lieke watching a movie on the plush couches in the media space off the large open room dominating the front of the lodge, while the rest of them gathered around a circular wooden table with a board game that Melanie picked out.

With TV service often spotty, Griffin had plenty of experience playing games with his sisters and other family members growing up, but it had been years since he’d indulged himself in more than the odd game of chess. Melanie’s first choice was a classic detective game, and she declared it perfect for four players, so he had no chance to gracefully get out of playing a round.

Or two as it turned out. And once again, he was acutely aware of River next to him, and his melodic laugh as they played kept making the hair on Griffin’s arms crackle. Outside it was damp and cold, rain continuing to pour down, but next to River, his skin felt like he’d spent a day in the desert. River didn’t know the rules, having apparently never played this one, and he was endearing in his mistakes and miscues. After River lost spectacularly, Melanie insisted on a second round to give him another chance.

“We should do teams!” Melanie declared, tone leaving little room for objection. “That will help poor River. You can show him strategy, Griffin.”

“Yeah, that sounds fun,” River said before Griffin had the chance to come up with some plausible reason why he couldn’t lean closer to River, why he couldn’t converse in hushed tones with him, sharing cards, fingers brushing as they passed each other cards and tokens. Each turn was a fresh exercise in torture. He was probably the first person to ever get a boner over what was essentially a kids’ game and over little more than just accidental touches with River. And it was no wonder that they lost, due more to his own distraction than River’s inexperience.

“Why don’t you guys pick a different game?” Dan suggested as Melanie packed away the game. “We’re up for anything.”

“Sounds good. I’m going to see if they have any word-based games. I’m always good at vocab stuff.” River collected the game and stood, but crooked a finger at Griffin, who would have been happy to let him go on his own. River’s tone was light, almost but not quite flirty. “Come on, Mountain Man. Let’s see which game would make you less grumpy. Maybe they have a board game version of log toss? Glower-and-guess?”

“Funny.” Griffin followed him to the narrow hall that housed the cupboards with the games, which was out of sight of the rest of the room. He waited until they were out of earshot from Melanie and Dan to speak further. “Listen, I’m not sure I’m up for another game. I should probably check on dinner.”

“Poor Griff.” River turned toward him, much, much too close. “All the people. Do you want me to make an excuse for you?”

“Would you?” Griffin hated asking, but he really did need a break.

“Of course.” River was still much too close. “Did you notice that our cabins are right next to each other? And mine has a king-size bed…”

“You can sprawl out. Alone.” Griffin kept his tone nice and firm.

“Oh, I don’t know about that. Might go see what the weather report is for tomorrow. Bug your pilot friend.”

“Pretty sure he’s straight.” A muscle twitched in Griffin’s jaw as he tensed up.

“I’ll get the weather report for you,” Griffin ground out.

“Not jealous.” Despite his irritation, he couldn’t bring himself to remove River’s hand, which felt too damn good. And as if he sensed Griffin’s weakness, River started a light massage of the tight muscles between Griffin’s neck and shoulder. It took all he had to not groan aloud at the contact, especially when River’s other hand got involved too.

“Come over tonight. Let me give you a back rub, if nothing else.”

Griffin had to snort at that. “We both know it wouldn’t be just a massage.”

“See? We’re in perfect agreement then. You, me, some oil. What could go wrong?”

So many things. Griffin’s head hurt just thinking of them. But his dick kept trying to drown out the negative thoughts, insisting on the one way that things could go very, very right. And looking into River’s eyes while his hands worked magic on Griffin’s muscles, he couldn’t summon the energy to shut the flirting down.

And when River tugged him closer, he went willingly. They were going to kiss again, and he was strangely okay with that. Needed it even. Their torsos brushed, and his skin sizzled, even under his clothing. A little closer and—

But then River was stepping away fast, right before Fenna came down the hall. And unlike Griffin, he recovered lightning fast. “So, that sounds fine. You go check on dinner, and I’ll play another game with the doctors until you come back.”

“Thanks,” Griffin managed to mumble, meaning more than just him relaying the message to Melanie and Dan. River had sensed that Griffin wouldn’t want to be caught in a clinch, and he wasn’t wrong. Griffin appreciated his quick reflexes, even as his body mourned the loss of contact.

Fenna continued on past them, and River’s eyes sparkled as he whispered, “Tonight.”

“No,” Griffin said, even as he wasn’t sure he’d be able to stick to his resolution to stay away. But he had proven before that he could say no to temptation. River was simply one more desire to tamp down and ignore as best he could. 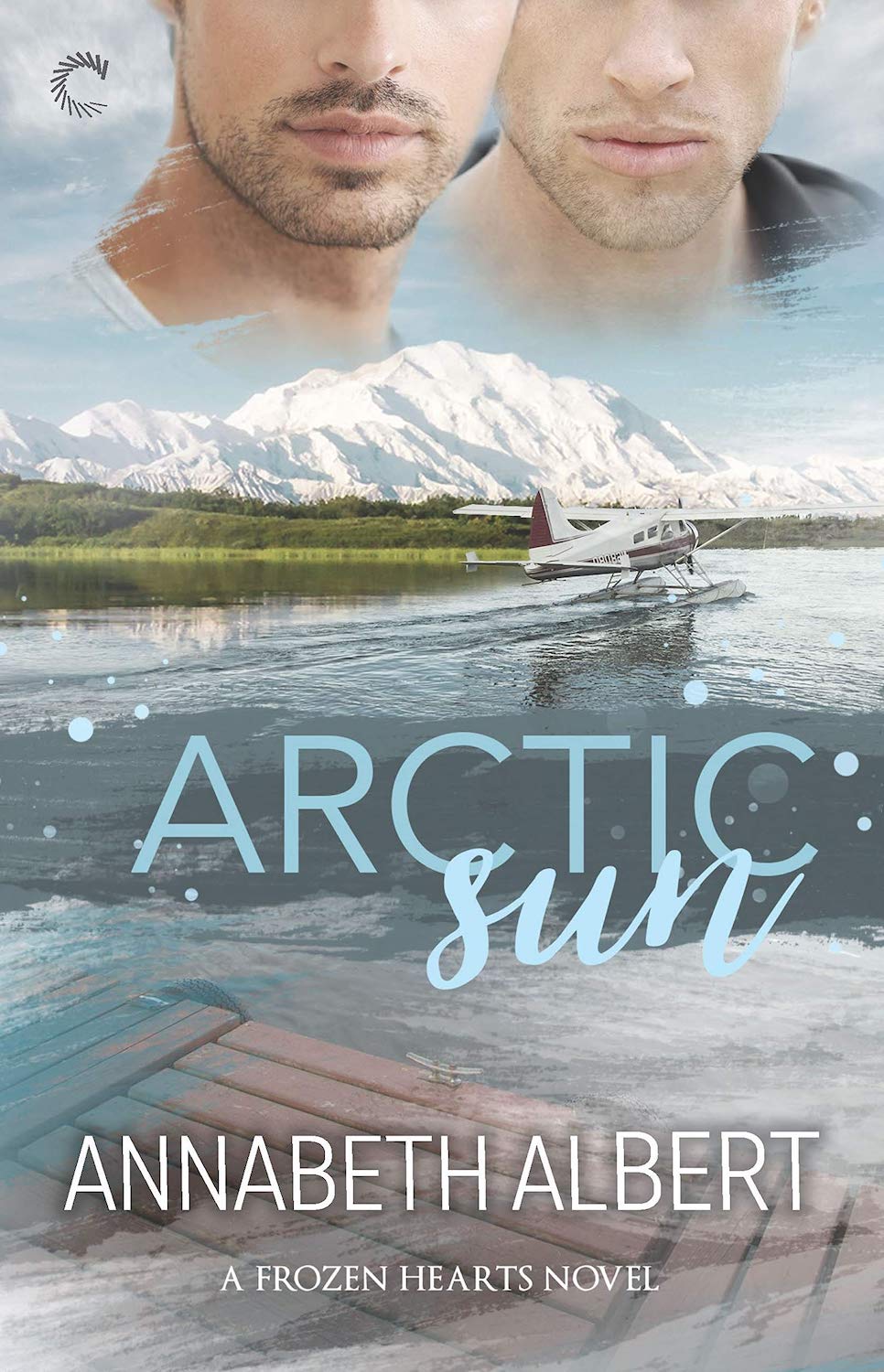 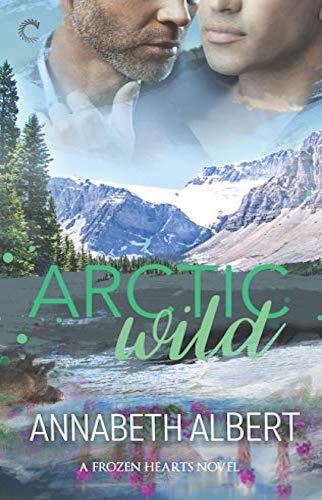 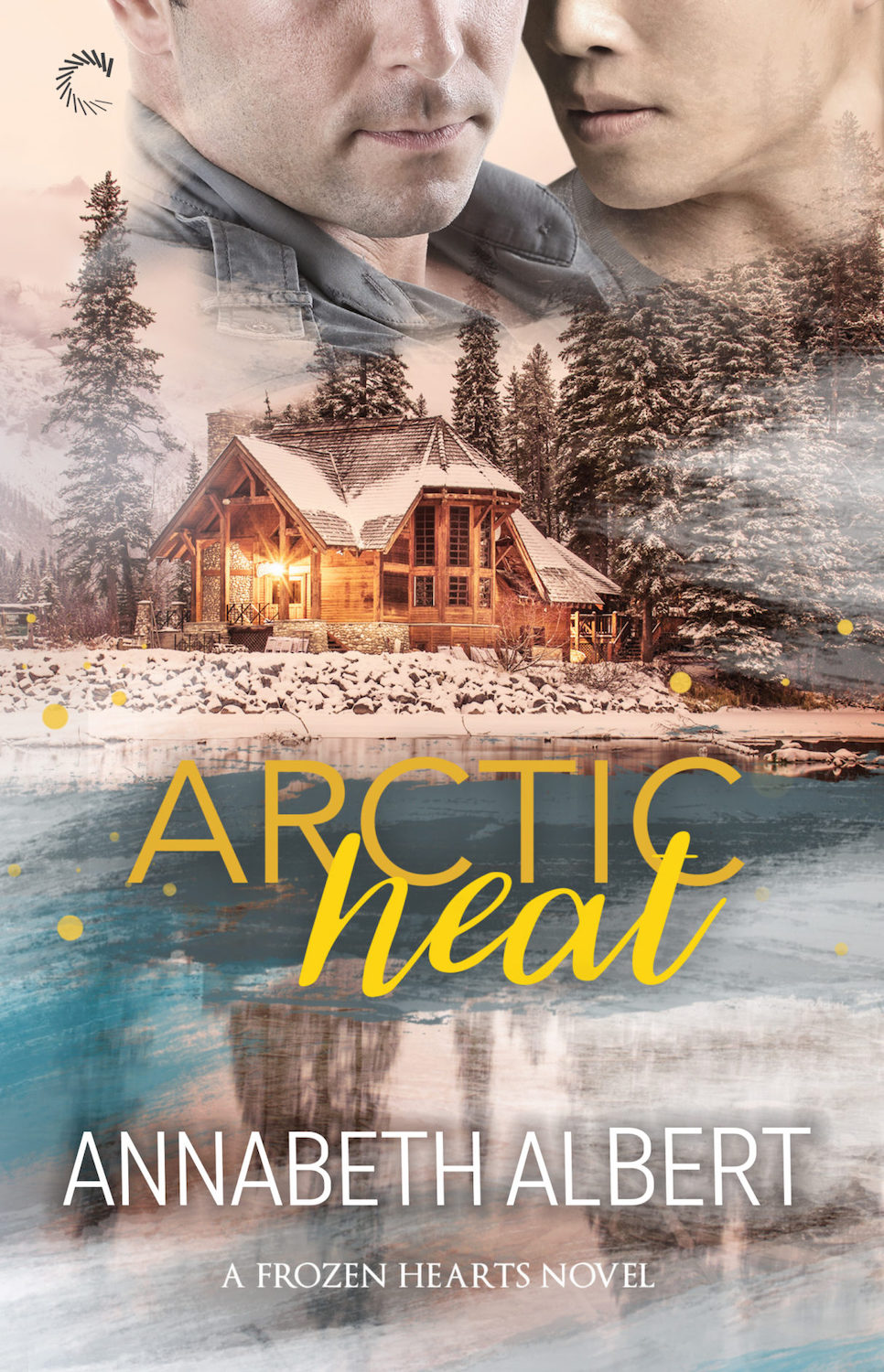