A feud that spans generations. A love doomed from its very beginning.

I fell in love with Alex Sinclair when we were kids. Our love was innocent and it was real. It was also dangerous.

We didn’t know our families were like oil and water, that the Wallaces and the Sinclairs hid dark secrets that involved us. We also didn’t understand how deep the poison ran. When I found out the truth—when Alex forced me to leave town—I was devastated. Destroyed. But that was all part of the plan. The Sinclair lust for pain and torture at a Wallace’s expense made it impossible for me to stay…impossible to save Alex.

Mr. Sinclair is dead now, and Alex is the new heir. I’ve been waiting for this. It’s why I’ve come back.
I’ve my got own secrets now, and if Mr. Sinclair’s gone, Alex’s heart and soul are up for grabs.
He and I can end this feud. Because Alex? He’s not one of them. Never has been. He’s mine. He loves me.

I only need to remind him of that.

A brutal fight over who owns the land, who controls the water, and who can destroy the most lives. When Alex Sinclair first spots JoJo Wallace on the shores of his favorite lake, he doesn’t know about his family’s sordid past and how it weaves in and out of the Wallace line. He doesn’t know that she’s the girl who will own his heart completely. And he can’t imagine the torture he’ll be forced to put her through and the poison he’ll unleash…

An all-new steamy romantic saga duet is coming next week from Eliot Scott—the ‘love child’ of writing duo Anne Eliot and Ginger Scott—and I have a little sneak peek for you.

As shivers prick the back of my neck and my stomach rolls as I remember fully what these inhumane people are capable of, I resolve to go with plan B: To retreat to the car and escape this funeral and these people.

But then Alex pulls into the lone parking spot next to mine—and I can’t move.

I’m frozen, suddenly afraid that somehow he’ll know I was just looking at the lure and the stolen rods, even though they’re tucked inside the trunk.

He sits in his car, engine turned off. His hands grip the wheel for almost a minute before he rummages in the back then gets out. His profile is obscured by the height of his car, so I watch the shadows and reflections in the nearly blacked-out windows while he opens the back door, pulls out a black suit jacket, and slips it on.

I’m terrified to actually see him.

I want to see him.

I want to run.

I haven’t seen him since my eighteenth birthday. Since he made love to me. My words. My experience.

Since he finally fucked me—his words, his lies.

Then, he called me a whore and told me to leave town and not come back.

I haven’t seen him since I obeyed that order.

All I can make out are angles of his form, but even just seeing those stabs at the center of my being with a hot, sharp knife. He’s exactly as I imagined, the real-life man that I’d stolen glimpses of online and in tabloids. He’s the prodigal son, the real bad boy and playboy that the media says he is. Except I know he’s not. I know it, with that very aching center I feel burning with hurt right now.

His feet shuffle on the other side of the SUV, and I wring my hands in front of my body, kneading the collar of my sweater, nearly tearing a few of the threads. I hold my breath, just so I can hear him, and listen to the flicking sound of the lighter, the glow of fire now shining through the tinted layers of windows I’m looking through. I smell the smoke before I see him, and he passes without as much as a glance at me.

I feel him feel me.

I could always feel him—see him—find him, and vice versa.

But seeing him now, like this—his tall body cloaked in the same black suits his father wore, his light brown hair curled at the ends, long enough to tempt my memories but short enough to tell me this isn’t the same hair I once pushed my fingers through while I felt my heart beat faster because I knew he was going to kiss me—it makes that cold feeling that accompanies being alone only grow chillier.

It makes me so unsure…

“So you’re smoking now?” I blurt out when he’s several paces away.  I don’t say, “I’m sorry to hear about your father.” I don’t say I’ve missed him. I don’t ask how he is, or tell him I hope it’s okay that I came. I don’t say any of those things because those things won’t reach him.

His feet stutter to a stop, the loose gravel beneath them sliding around, mimicking the sound of a drumroll for the leveling he is about to deliver. He pulls his cigarette up to his lips, looking to the side, to the full lot of expensive SUVs and sports cars, all driven here by people pretending to care, pretending they aren’t already plotting to destroy Alex Sinclair, the heir to the Sinclair fortune, next.

I hate that my belly is already swirling with longing, that my lips are involuntarily tingling with some sort of hope.

He surveys the cars around us and takes a long drag, holding the smoke hostage in his mouth, almost as if he’s mocking me, then he steps closer to puff out a long trail, filling up the air between us before saying, “You came back for more? Still so stupid, huh?”

His voice is all gravelly heat, and nearly too much for me. The words he’s uttered cut me, but not too deep. I’ve come to terms with who I am—and my dyslexia— and I’m not stupid. He’s being mean to me on purpose. Salt in old wounds.

“Make my life easy and drive away, here and now, would you, Jojo? I deserve that luxury, because as you probably know, I didn’t have that the first time we all got you to leave this place. I was forced to deal with you, and you kind of fucking owe me for saving your life, so…just go, would you, before one of us finally kills you.”

I manage to shake my head, a massive wall of sarcasm buckled on my face. I’m proud of myself, because I’ve even rolled my eyes as though his words are a joke.

His face stays frozen. The warm golden brown eyes I remember so well are hooded behind this squint he’s maintaining through his next mega puff of smoke.

It hurts all the same.

He pulls in another drag off the cigarette, and I move my stare to where it rests, smoking in his big hand.

“You know my mom died of lung cancer,” is all I respond, letting him know the cigarette hurts way more than everything else.

His eyes travel to the horizon like they always did, but instead of flickering bright to my challenge, they remain away from me. Dead and cold, shutting me out. This is his defense, and I can break it. I must.

“Since we all get that your family has a history of being a little slow, I’m going to say it clearly in some of those shorter words you can understand. Get the fuck out of here, Jojo. No one wants you anywhere near here. I can guarantee my father didn’t ever feel an ounce of guilt. Not about you, or your mom. Nor did he have you added to the will, if that’s why you came.”

His words do their intended job. They insult, they cut, pummel, and they wound me deeper than a fist to my gut. But I’m not a kid anymore. I know what he’s doing. I’m better than he is at this game now. After all, the Sinclairs taught me how to play, and I did learn all of my best poker faces straight from Alex.

“I’ll go.” I nod. “After we bury your dad, after I do some…fishing. See…I’m here…” I shrug, keeping my eyes on the cigarette dangling from his hand, because being this close to his beautiful face has rattled me. “I’m here,” I repeat—locking eyes with him then.

As if he knows what I’m trying to do, I feel him pull back. Before he can escape I drop my voice and finish quickly and clearly, “for a little adventure.” I smile openly at him then, instantly regretting it because I wonder if I’ve revealed too much of how I’m longing for this to work. I just uttered words meant to scratch at our past, memories I wish to flood his chest and revive the man I know still breathes inside of this beast.

I watch as his whole body tenses and his brown eyes tangle into mine—this time they’re hard and wild. I’ve cracked him. I can tell. It takes every effort I have to open my eyes wider. I try to let him see all the way to my heart, working to let him see me. See that I’m keeping my promise—pleading, asking, loving and searching for the boy who used to love me back.

He tears his eyes off of mine to take one more huge drag of the cigarette, and he puffs out enough smoke to choke us both. I wonder if I’ve seen him wince slightly before he flicks the butt to the ground between us, crushing it with the weight of his black, leather shoe before walking away without another word.

I cling to the idea that he winced because I can’t fathom the idea that there might not be a heart still beating in there somewhere. Will it be enough for me to reset its rhythm? 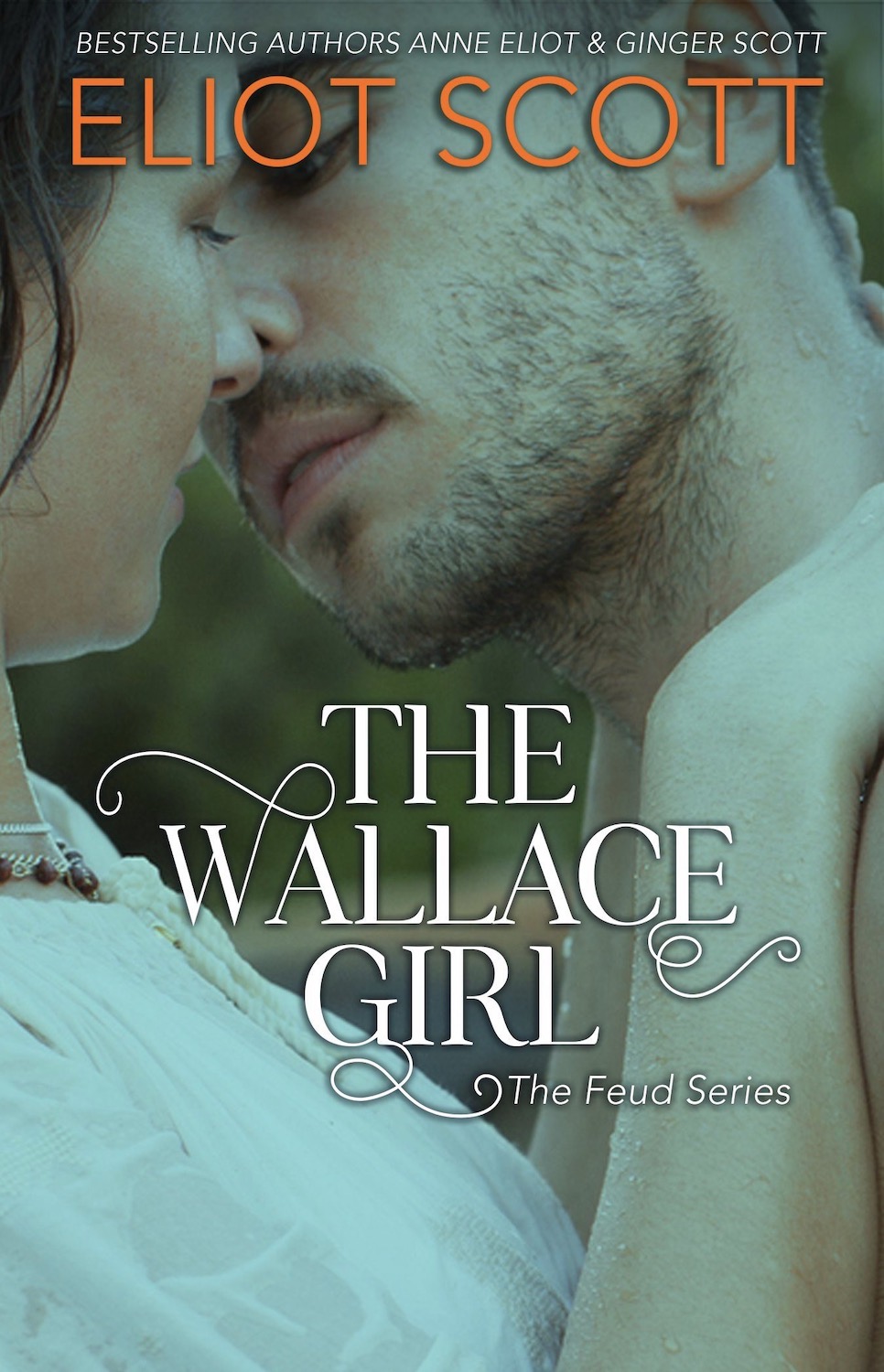 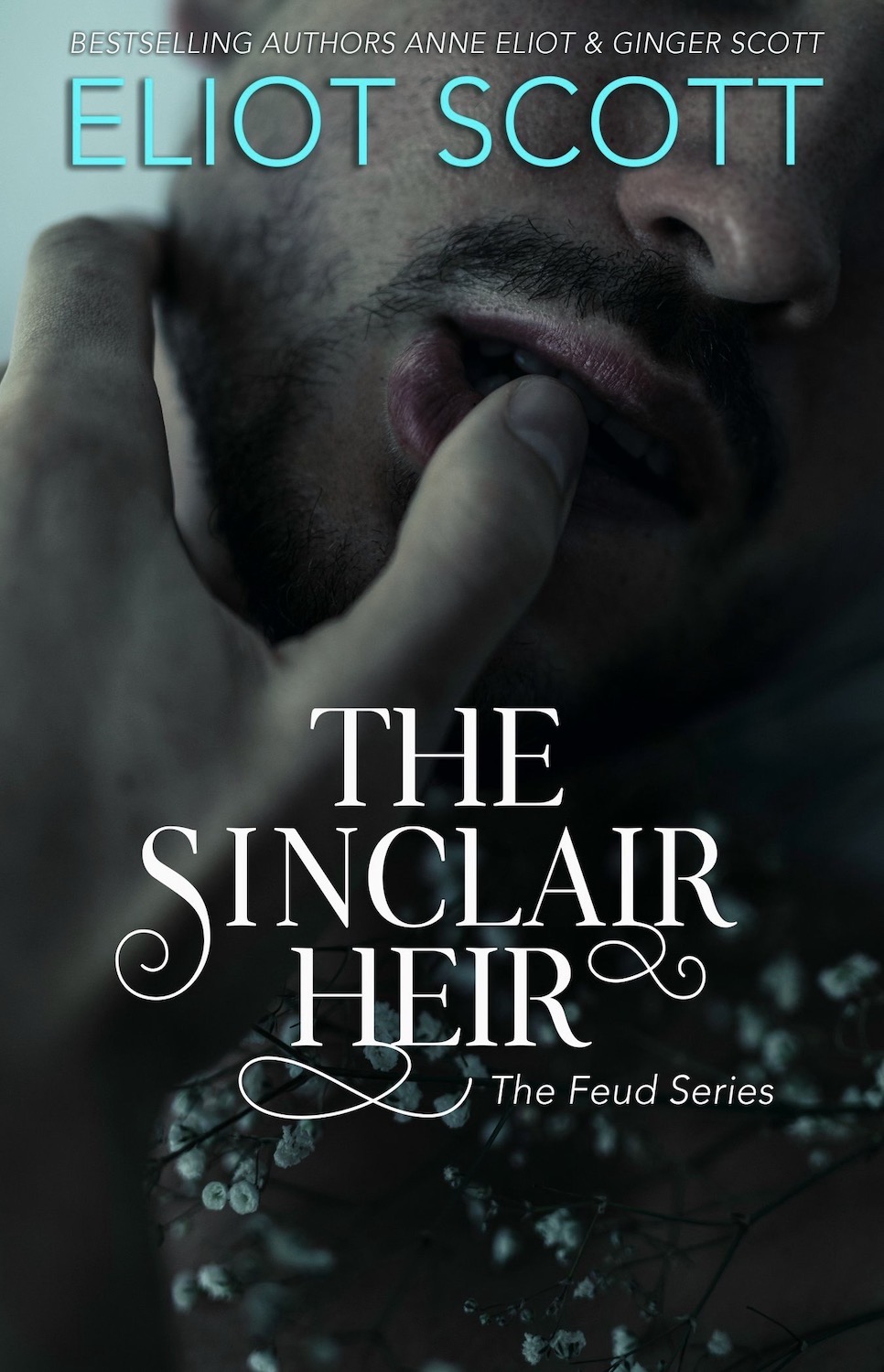 That was fantastic. I can’t wait for more of their story.