They’ve built the syllabus for love’s latest experiment, but neither of them expected they’d be the ones putting it to the test.

Naomi Grant has built her life around going against the grain. After the sex-positive start-up she cofounded becomes an international sensation, she wants to extend her educational platform to live lecturing. Unfortunately, despite her long list of qualifications, higher ed won’t hire her.

Ethan Cohen has recently received two honors: LA Mag nominated him as one of the city’s hottest bachelors and he became rabbi of his own synagogue. Low on both funds and congregants, the executive board of Ethan’s new shul hired him with the hopes that his nontraditional background will attract more millennials to the faith. They’ve given him three months to turn things around or else they’ll close the doors of his synagogue for good.

Naomi and Ethan join forces to host a buzzy seminar series on Modern Intimacy, the perfect solution to their problems—until they discover a new one—their growing attraction to each other.

It doesn’t happen all too often that I become so enamoured with a book that I feel utterly drunk on it, but this radiant gem of a story stole my heart and fed my soul in ways I didn’t even know it had needed it. In this slow-burning, opposites-attracting romance between two unlikely lovers, Rosie Danan makes us believe that love truly conquers all, and that a cynical former sex performer and a forward-thinking young rabbi could find their happily-ever-after in a world that is set on rejecting the very idea of them together. The soft shimmering sensuality of Danan’s voice is intoxicating, subtle yet bold in the way she makes the reader feel each tantalising increment of desire between the characters, but it is her ability to give them genuine emotional depth and complexity that leaves a lovely, lingering effect long after we close this book. A rare delight!

“He’s young and handsome and if I’m in his general vicinity for too long, I’ll lure him away from the path of righteousness and then I’ll wind up a dirty cliché.”

Naomi Grant, former porn star turned co-founder of an über-popular sex education website, has spent her entire adult life with her guard firmly in place. Her whole identity was built around being an outsider and shocking people into submission with her prickly persona, but deep down, under all her confidence and rebellious bravado, beats the tender heart of a woman whose past taught her to see love as the ultimate weakness. So, when a handsome young rabbi approaches her at a conference, inviting her to teach a modern intimacy seminar at his synagogue, Naomi is torn between her desire to reach a live audience with her experience and theories on human sexuality and relationship dynamics, and her unexpected attraction to the sexy rabbi. Her longing to educate ultimately wins.

He was like a current. Powerful and fluid in ways that had nothing to do with wanting her but that pulled her in all the same.

Thirty-two-year-old Ethan Cohen has filled many shoes in his lifetime—those of a son, a brother, a teacher—but it is in his role as a rabbi that he found his true sense of purpose. With congregation numbers at an all-time low and still dwindling, however, Ethan is forced to think outside the box to save his crumbling synagogue, and a non-traditional seminar series that would appeal to a more modern audience might just do the trick. Even if it means working with a woman whose very essence continues to test the limits of his self-control.

“I want to give people a reason to believe. In themselves, each other, and something more.”

As candid conversations about love and intimacy begin to take place inside the classroom, Naomi and Ethan’s relationship somehow begins to organically follow the same step-by-step blueprint that Naomi’s syllabus is designed to teach. Their attraction is mutual and downright magnetic, but they both continue to harbour strong reservations about admitting their feelings to the other, struggling with all the ways a relationship between them would force change into their loved one’s life. When they finally give into temptation, loving each other becomes as easy as breathing, gently anchoring them to the person they were born to be, and no amount of discouragement can stop something that has already changed them both irrevocably.

Rosie Danan writes with impressive command of her characters, their voices, and humanity—accentuated by her beautiful, nuanced prose—turning an unlikely love story into a glorious blending canvas of faith, love, sex, and personal identity. Reading this book felt like a deeply personal and intimate undertaking at times, but it’s multilayered stories like these that I crave from the best fiction.

“I forgot that love is essential. That even in its absence you occupy yourself with the lack of it.” 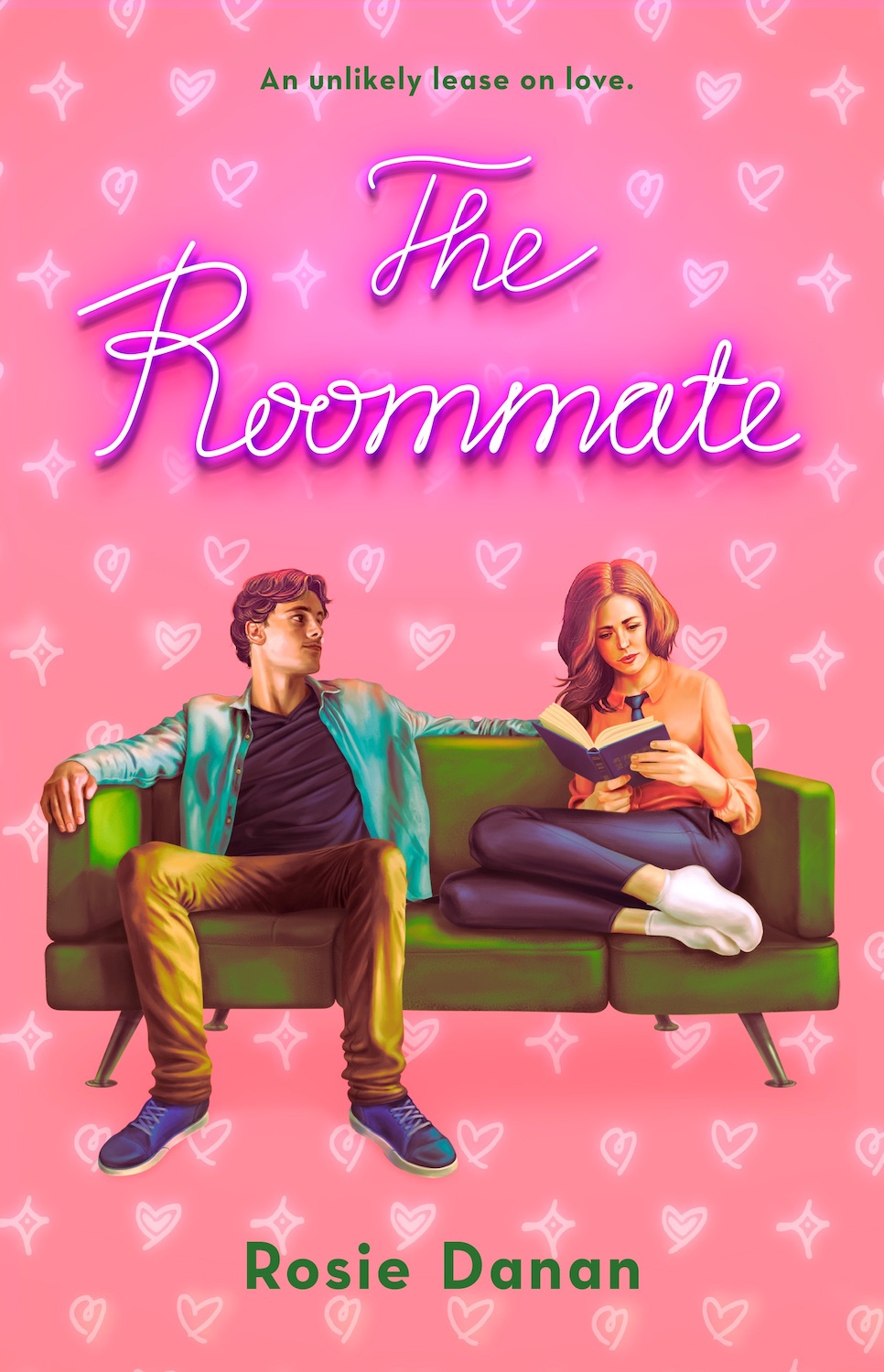 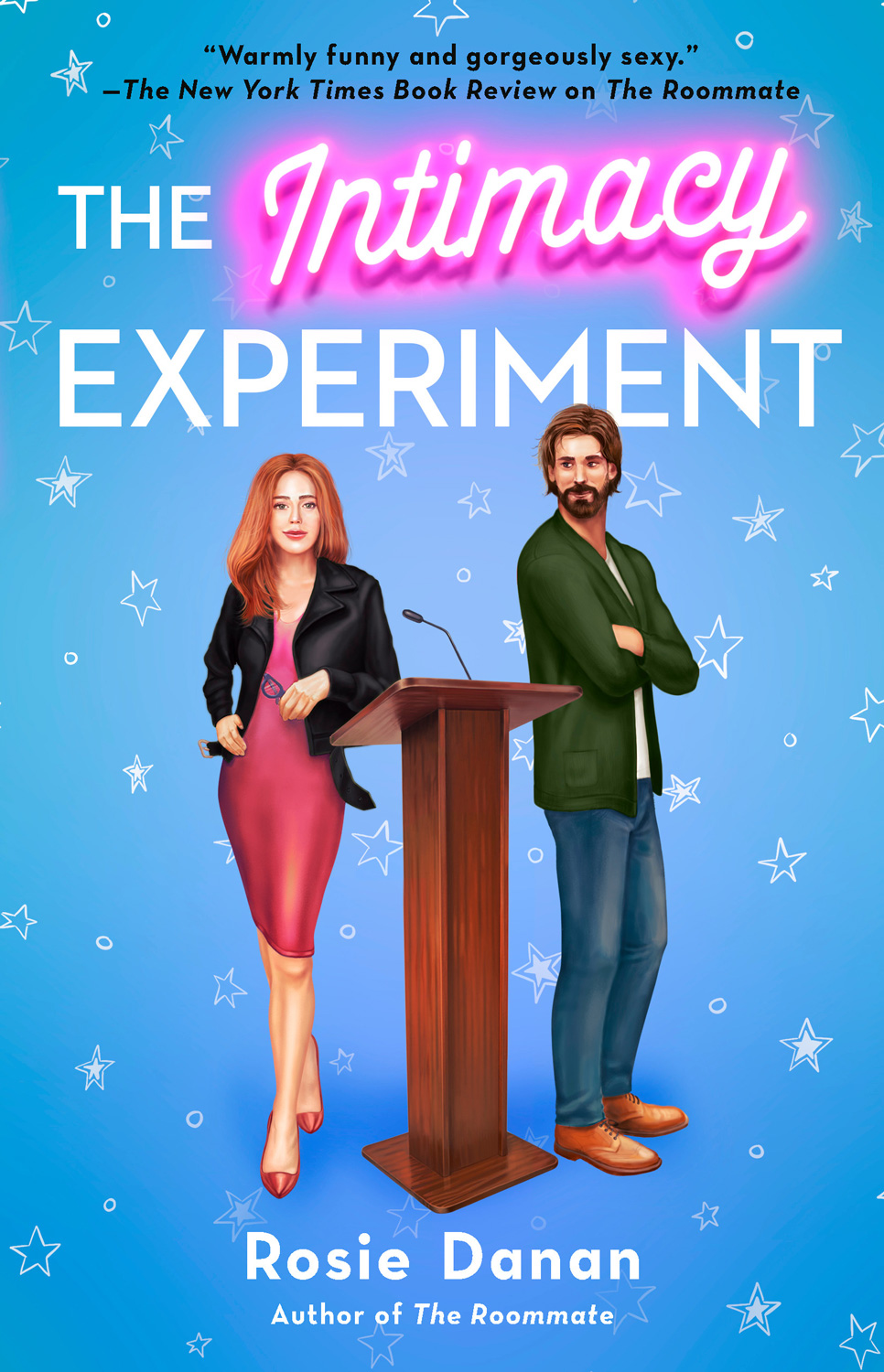 This looks adorable! I’m always on the lookout for new romcoms :)