He walks the red carpet. She’s more familiar with vacuuming one.

When a scandal tarnishes the reputation of hot as hell A-lister, Patrick Walsh, he needs a reputation rescue, pronto.

Enter waitress Norah Peers–a nobody who’s average with a capital A. She’s available, dependable, and has sworn off men for the rest of her natural born life. In other words: the perfect match for a no-strings fake romance.

For the right amount of money, she can avoid waitressing and play the part of his dependable down-to-earth girlfriend. What she can’t avoid–dammit–is the growing steam between them.

But being hounded by the paparazzi and having her life dissected on social media is a panic attack in the making. And while Patrick might be a charming rogue on screen, in real life he’s a six-foot-two confusing, gorgeous, brooding grump, who keeps her at a distance . . . but also makes her feel like this bond between them might be more than just an act.

Being dumped on cue should be no big deal. Except being fake with Patrick is the realist relationship Norah has ever had. What’s a girl to do, but flip the script, and ask for a re-match made in Hollywood?

A sexy new fake-relationship romance is coming in May from Kylie Scott, and we have the gorgeous cover. 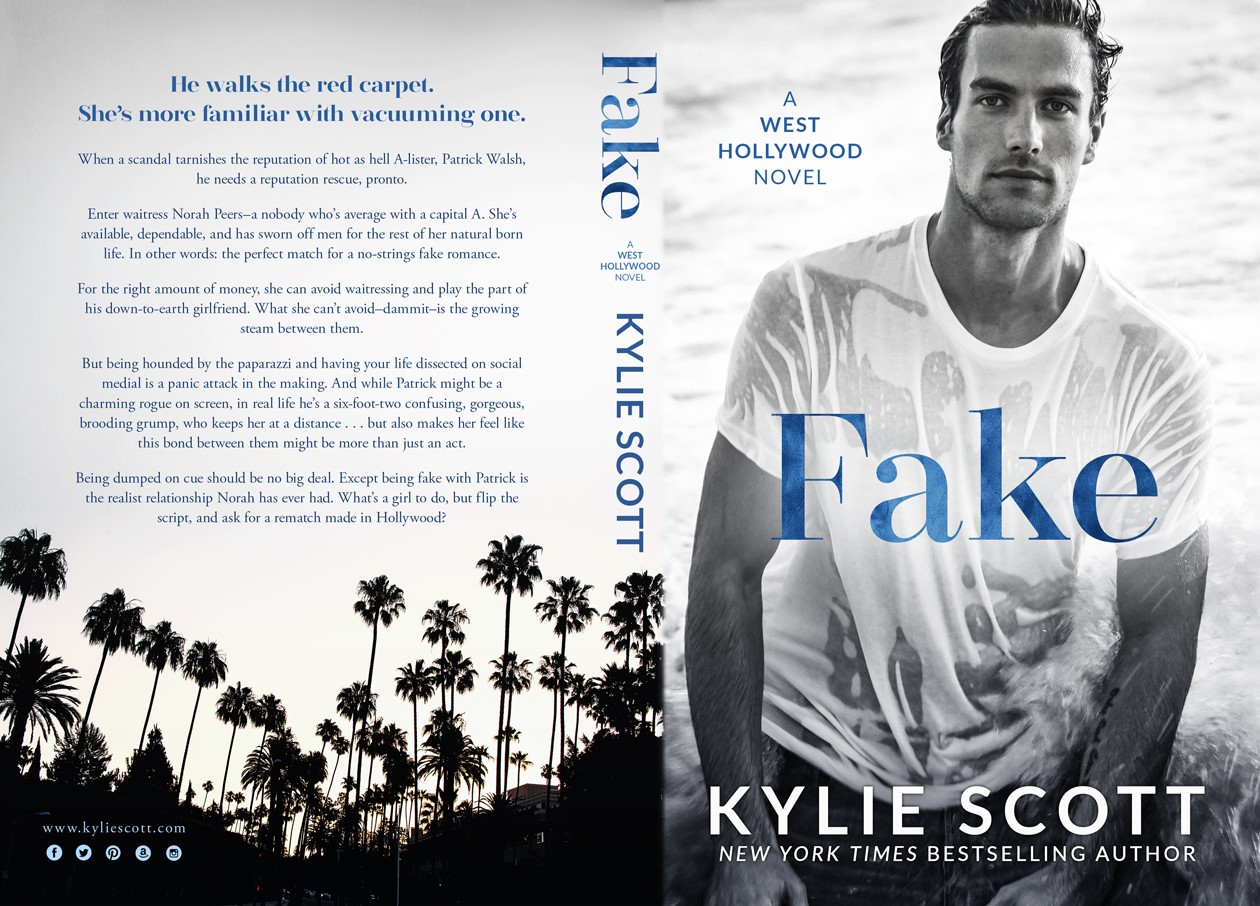 Super excited for this book!! Thank you for sharing the cover!