Sometimes the best gentleman for the job is a lady.

After years of living as London’s brightest scandal, Lady Sesily Talbot has embraced the reputation and the freedom that comes with the title. No one looks twice when she lures a gentleman into the dark gardens beyond a Mayfair ballroom…and no one realizes those trysts are not what they seem.

No one, that is, but Caleb Calhoun, who has spent years trying not to notice his best friend’s beautiful, brash, brilliant sister. If you ask him, he’s been a saint about it, considering the way she looks at him…and the way she talks to him…and the way she’d felt in his arms during their one ill-advised kiss.

Except someone has to keep Sesily from tumbling into trouble during her dangerous late-night escapades, and maybe close proximity is exactly what Caleb needs to get this infuriating, outrageous woman out of his system. But now Caleb is the one in trouble, because he’s fast realizing that Sesily isn’t for forgetting…she’s forever. And forever isn’t something he can risk.

Sarah MacLean has a brand new series, Hell’s Belles, centring on a fierce girl gang in Victorian London, and kicking off with the love story of Sesily Talbot and tavern owner Caleb Calhoun. After years of living as the talk of London’s scandal sheets, Lady Sesily Talbot has leaned into her reputation, luring men for her own aims. Caleb has tried to deny his attraction to Sesily, who is his best friend’s sister, but when he discovers her secret, the two embark on an unintended partnership. Caleb is determined to keep Sesily out of trouble during their escapades, but instead finds himself falling harder and harder for her. Enjoy a sneak peek below.

High above the ballroom, watching from the upper gallery, Caleb Calhoun took a glass of champagne from a passing footman’s tray and watched the play below.

Sesily whisked her ratafia from the table and, without even a glance at the commotion her friends caused at the end of the table, slipped into the dark gardens.

Another man would, of course. Another man who was in business with Sesily’s eldest sister, who had bought horseflesh from her brother-in-law and books from her sister, and dandled her nephew—his godson—on his knee, would feel a moral obligation to follow her into the gardens and keep her safe from whatever trouble she was courting.

This other man, this paragon of nobility, would pledge his sword to the lady.

But there was nothing noble about Caleb Calhoun.

Pretending not to notice her.

And still, there he was, above the rest of the revelry, noticing her, not six hours after returning to London for the first time in more than a year, during which the Atlantic had made it impossible to notice her.

It had not, however, made it impossible to think of her.

He gritted his teeth, and returned his gaze to where Miss Adelaide Frampton limped across the ballroom making a proper meal of her turned ankle—though nothing close to the meal Lady Imogen Loveless was making with her frantic waving and repetition of clear a path, please!

And a sea of London’s ostensibly best and brightest, gobbling up the spectacle.

Caleb drank deep from the glass of champagne, wishing it were something stronger. Wishing he were anywhere but here, at a silly ball hosted by a duchess, where he would never have been welcome, if not for the fact that the Duchess of Trevescan thought it was a lark to welcome rich Americans into her absent husband’s Mayfair home to scandalize society.

She hadn’t hesitated when he’d turned up without an invitation.

Thirty-five years old, Caleb had lifted himself out of poverty on the streets of Boston and become an exceedingly wealthy man. He liked to think that his success came from his being happy with what he’d been given—money and power on the western shores of the Atlantic had been enough for him. He was a king in Boston, and had no aspirations of assuming such a crown here.

For his part, Caleb knew his mere presence in a ducal home was a coup, though he alone understood just how much of one.

That, and it gave him a chance to not notice Sesily Talbot, which had been harder to do in the days when she’d leaned over his bar, helping herself to a bottle of her favorite bourbon.

Not that she did that anymore.

She rarely frequented the tavern now, he was told.

Not that he cared. He was on the other side of an ocean. She was a grown woman. Well able to take care of herself.

He cursed under his breath, his attention returned to the open glass doors leading out into the dark gardens beyond.

Who was she meeting?

He placed his empty glass on a passing footman’s tray.

His teeth clenched at the thought, the muscle in his jaw already aching with the knowledge that any man lucky enough to find Sesily Talbot would not remain a gentleman.

But Caleb had known Sesily Talbot for two years, and if he knew one thing about the woman all of London called Sexilybehind their waving fans and in their secret card rooms, he knew she could hold her own. She knew her power and wielded it with precision—with men and women alike. He’d never seen her in a scrape she could not avoid. Never seen her lose.

He could match her.

He wouldn’t, but he could.

Still, he made for the stairs, casting a look over the crush of toffs below—recognizing a handful who liked smuggled bourbon and a few more who could throw a sound punch. Not all of them without purpose, he supposed.

Christ. He hated London. Hated the way it hung about his neck when he was here, full of the past, and his sins, and the threat that they might all be revealed if he stayed too long.

And Sesily Talbot, a temptation that made that threat all the more real.

Copyright © 2021 by Sarah MacLean. Reprinted with permission of Avon Books, an imprint of HarperCollins Publishers. 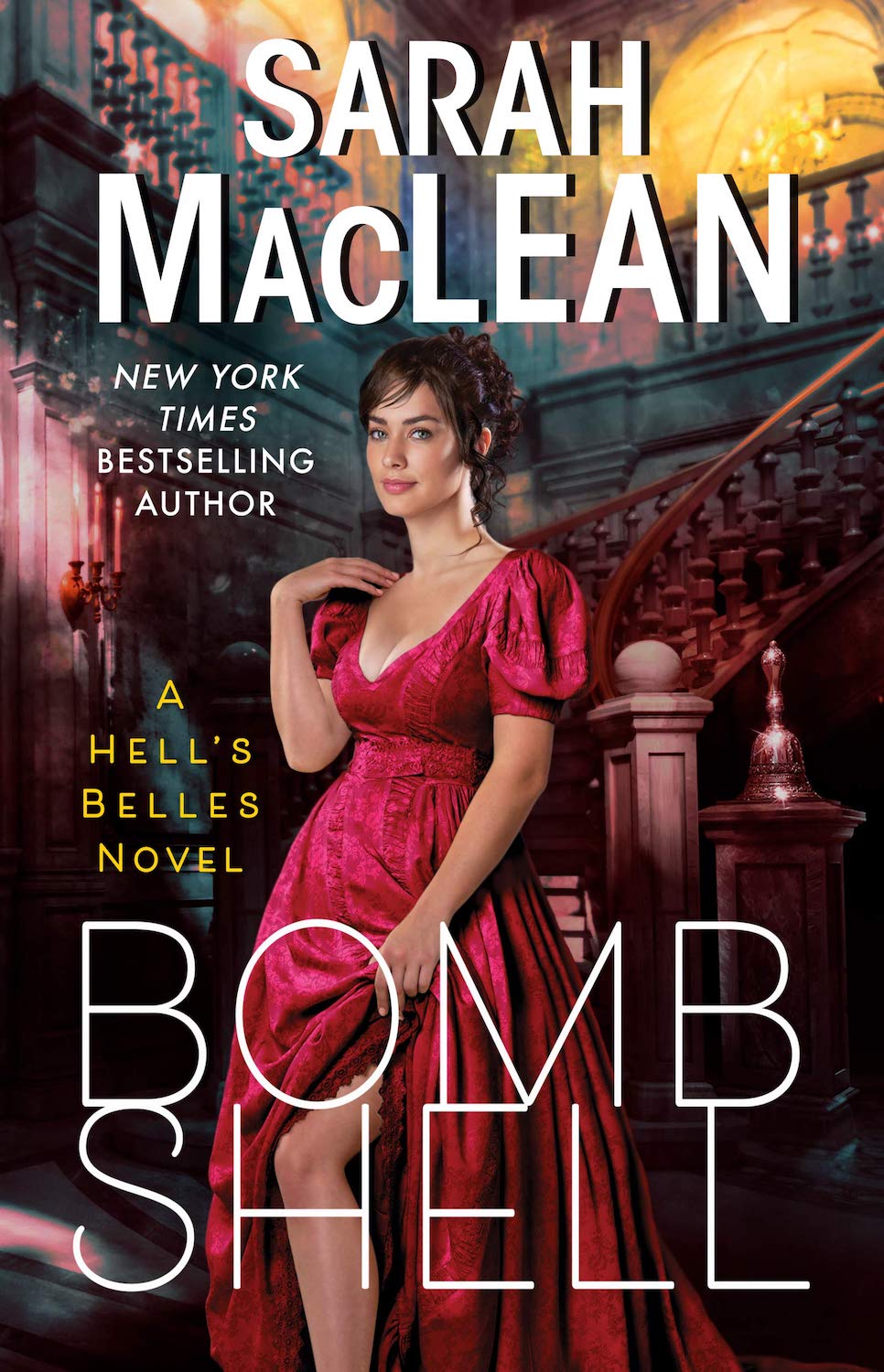 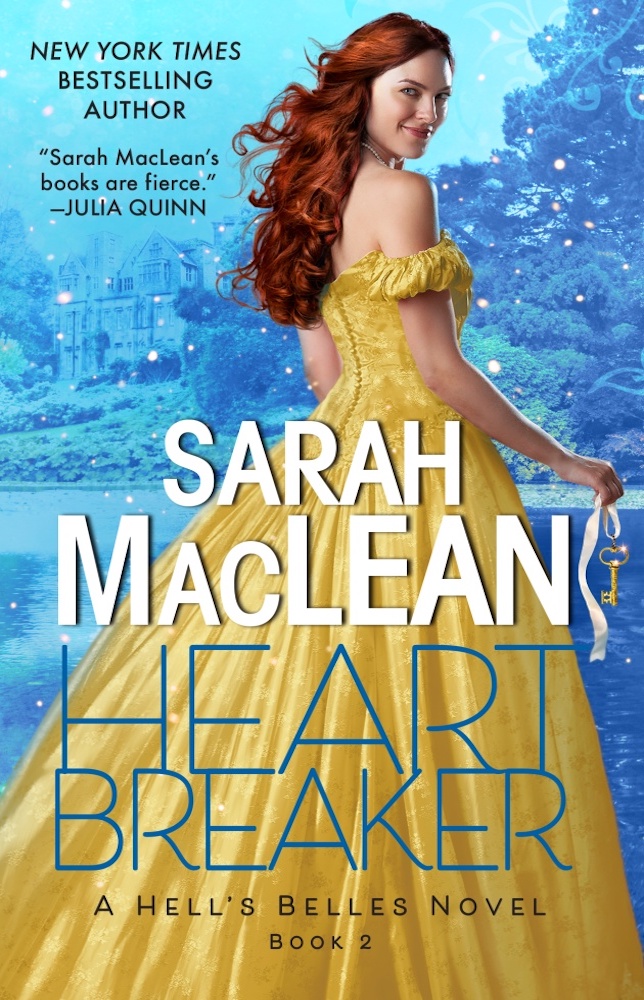