Twenty-year-old Camryn Bennett had always been one to think out-of-the-box, who knew she wanted something more in life than following the same repetitive patterns and growing old with the same repetitive life story. And she thought that her life was going in the right direction until everything fell apart.

Determined not to dwell on the negative and push forward, Camryn is set to move in with her best friend and plans to start a new job. But after an unexpected night at the hottest club in downtown Raleigh, North Carolina, she makes the ultimate decision to leave the only life she’s ever known, far behind.

With a purse, a cell phone and a small bag with a few necessities, Camryn, with absolutely no direction or purpose boards a Greyhound bus alone and sets out to find herself. What she finds is a guy named Andrew Parrish, someone not so very different from her and who harbors his own dark secrets. But Camryn swore never to let down her walls again. And she vowed never to fall in love.

But with Andrew, Camryn finds herself doing a lot of things she never thought she’d do. He shows her what it’s really like to live out-of-the-box and to give in to her deepest, darkest desires. On their sporadic road-trip he becomes the center of her exciting and daring new life, pulling love and lust and emotion out of her in ways she never imagined possible. But will Andrew’s dark secret push them inseparably together, or tear them completely apart?

BOOK REVIEW: The Edge of Never

Book Series:  The Edge of Never

“I will do anything for you, Camryn Bennett. I don’t care what it is, I don’t care… anything you ever ask me to do and I would do it. No exceptions.”

Two young hearts, two lost souls, two halves of the same whole whose chance encounter sets them on a journey of self-discovery and falling in love – happiness and a sense of belonging to someone being the destination they’ve both been longing for.

Camryn is a young girl who feels trapped in her own life, afraid to be herself, afraid to express what she wants, unable to deal with the pain from her past.  This cripples her, makes her desperate to feel any deeper emotions again, leading her to question her own sanity and ability to love. Needing to break away from everything currently weighing her down, one day she simply buys a bus ticket and takes off, with no clear destination in mind, only wanting to distance herself from her life and everyone in it.

Andrew has his own demons that have put him on that same bus. He is unable to face them or process them in his mind. While Camryn runs away from her life, Andrew puts his on hold, the bus trip becoming for both of them an analogy for procrastination and escape from reality.

From the moment they meet, they sense a kinship of ideas and purpose, slowly discovering that they share the same guiding convictions, the same thoughts about life in general, and the same frustrations regarding the world around them.

“… dwelling and planning is bullshit,” he says. “You dwell on the past, you can’t move forward. Spend too much time planning for the future and you just push yourself backwards, or you stay stagnant in the same place all your life.” His eyes lock on mine. “Live in the moment,” he says as if making a serious point, “where everything is just right, take your time and limit your bad memories and you’ll get wherever it is you’re going a lot faster and with less bumps in the road along the way.”

Their friendship is built slowly, brick by brick, one small layer of trust after another.  Nothing is rushed, making their growing connection well-paced and carefully developed. We watch them fall in love step by step and we fall in love with them. Andrew helps Camryn open up and finally voice her wishes and desires. He shows her how to live life unafraid of being herself, gently lowering her walls and emotionally reconnecting with the world around her again. He makes her feel accepted.

“I don’t know what I want or how I feel or how I should feel and I don’t think I ever really have.”

Camryn is Andrew’s trigger for wanting more out of life. He recognises a kindred spirit in her but he also recognises in her a woman that could irrevocably capture his heart. She makes him want to seize every single moment in life and never waste another one. Camryn slowly becomes the vision of all the hopes and dreams that Andrew’s ever had. He falls for her wholeheartedly but he never rushes her into returning those feelings – he patiently gives her all the time and space that she needs to become aware of and embrace her growing feelings for him.

By creating their little ‘cocoon’ of mutual dependency and support, they are able to spread their wings and taste life in all its cornucopia of flavours. The sexual tension between them is ever-present but it does not rule their connection. When they give in to their desires, it is much more than a joining of the flesh – they completely surrender to each other, fuse their souls together and become one. That climax in the story is timed with perfection, and not given gratuitously to the reader at the wrong time. And then after getting us used to a slow-paced progression of events, we are given the mother of all endings, the final pinnacle in the story to slap us back to reality and leave us all choked up, gasping and wanting more.

This is a story about falling in love body and soul and never wanting to let go, but even more than that, this is a story about finding a direction in life and someone to share that direction with. Andrew and Camryn’s meeting on that bus feels a lot more like destiny written in the stars between two hearts who are made to be together, than simply a chance encounter between two stray souls. Their connection is unquestionable, intense, moving. By reading their beautiful tale, I felt so much, I hoped for so much, and I was left with so much. This book should be on everyone’s reading list – it will elate you in such unexpected ways, leaving you grateful to be alive and more than a little hopeful that there might be an Andrew Parrish out there for every single one of us. 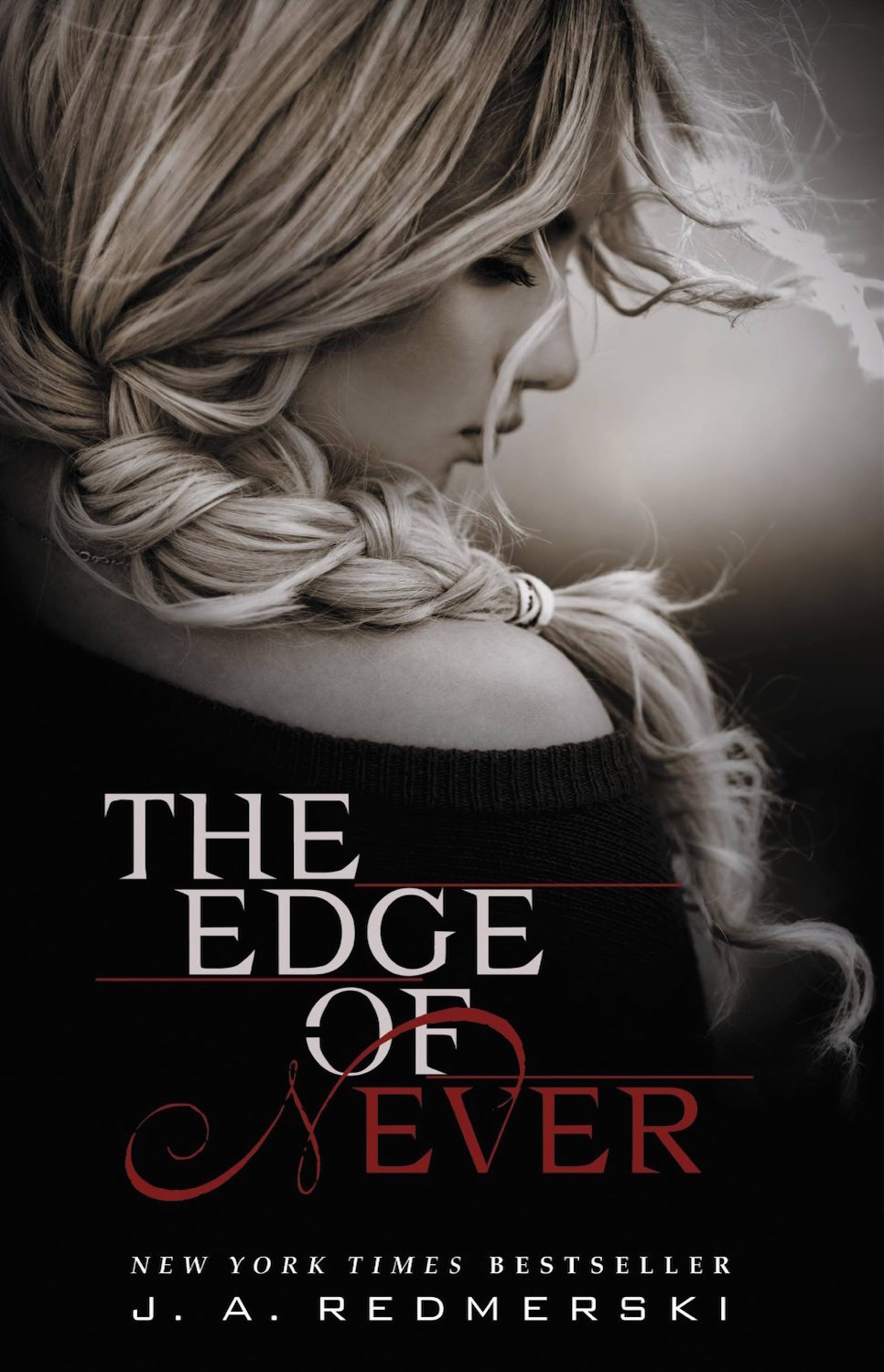 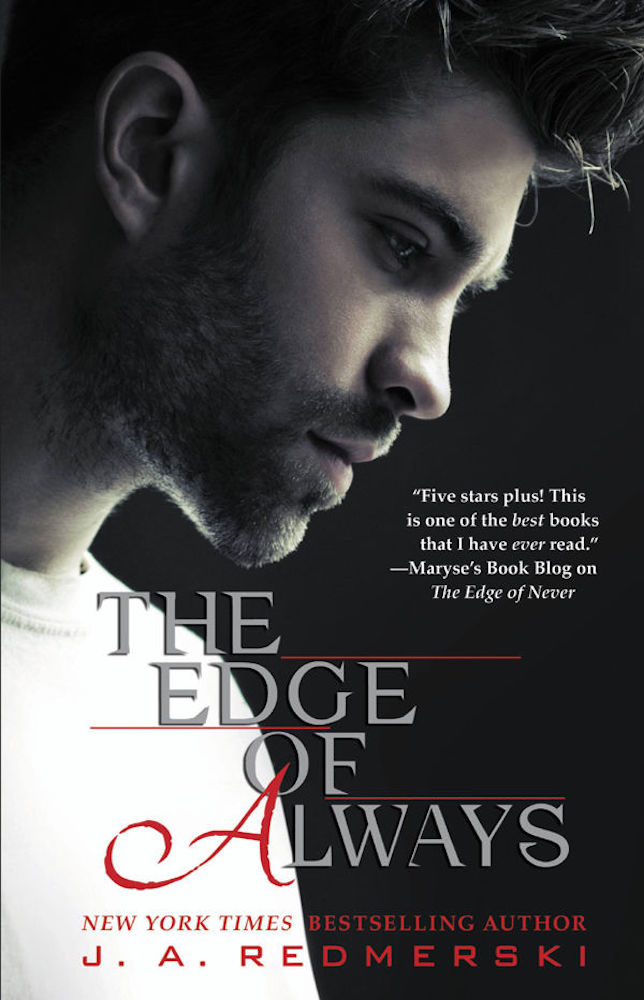 One of the best books I’ve read hands down. It was devastating but in the best way possible.

I just finished reading this book last night. It is the first book in a very long time that I has caused me to cry. I am a voracious reader and have read many, many good books recently with emotional storylines but this one just hit all the right buttons for me! Even after it ended and I went to bed I found myself weeping over it. I loved that while both characters had traumatic issues in their past they let it shape them in a positive way. I enjoyed the progression of their love story, it seemed natural to me. I loved that Camryn was a storng heroine and Andrew was a strong hero. There was a give and take. All in all, this is the best book I’ve read so far this year. I will highly recommend it to anyone and I have already preordered the next one!