Dr. Shelly Monroe is a woman who doesn’t shy away from going after what she wants, but lately good sex has been hard to find. Shelly’s become increasingly frustrated with the men she’s been dating and the men she believes are the right choice.

Joshua Daniels is certainly not even close to the right choice. In fact he is exactly the wrong choice. For one thing, he’s Mason Langley’s best friend and best man. Second he’s too much of a risky complication for Shelly to even consider.

Then why can’t she stop thinking about how delicious he looked that first night she met him at Exquisite? Why is it so imperative to keep her lusty desire for a man that doesn’t meet her preconceived mold hidden from Lena and Mason, her trusted friends?

It seems unreasonable that being with a man completely wrong in theory could somehow feel so right. Then why is it the more she sees him the more enticing he becomes?

“I want to take off all your clothes, lay you down here in the morning sun, and love you from your head to your toes. Would that be okay with you?”

Shelly is a young doctor, a successful physician and a woman living on her own means, but as successful as her career is, her dating life leaves much to be desired. After a failed relationship with a man who excited her physically while only being a financial burden on her, Shelly has sworn off men who make her sexually attracted to them and thus vulnerable to their charms. She now wishes to find nothing more than a nice hard working but uncomplicated man, someone that her demanding father would approve of, someone who would not use her like her ex did.

“… a boring suit, a nice man, and a personality that I can predict. That’s what I want, right?”

But whenever we say never, life usually tends to serve us just that. Josh is exactly the type of man Shelly has sworn off – strong muscular body, wavy brown hair, a panty-melting smile and a take-no-prisoners attitude towards the opposite sex – the moment she lays eyes on him she knows she is in trouble. But Shelly is also exactly the kind of woman Josh has tried to stay away from, all upper class and high maintenance. From their first encounter, their heads say no but their bodies inevitably react to each other, their uncontrollable attraction leading them to speak openly about it and making a friends-with-benefits type of arrangement between them. They agree to a discrete sexual relationship, with no emotional involvement or obligations towards each other, strictly to pleasure the flesh.

“You have a body that’s made to pound a woman into her bed. So, I’m really hoping that you can live up to that.”

When two people with not one subtle bone in their bodies between the two of them start a hot sexual affair, fireworks fly left, right and centre, and these two characters quite literally light up the sky. The sexual chemistry between Shelly ‘Man-Eater’ Monroe and Josh ‘Delicious’ Daniels is off the charts – they demand each other’s bodies, fulfil each other’s fantasies and thoroughly satisfy one another.

“Shelly screamed, biting down on his shoulder, as he entered her forcefully, banging her solidly up against the wall. While he continued to pound away at her with one of her legs hitched up and over his naked hip, Shelly couldn’t remember a man ever having such power over her. As she gave herself over to the powerful climax, screaming out his name and shattering all around him, she also knew there would never be another man who would.”

Their out-of-control physical connection, however, is not the only point of compatibility between them. The more time they spend together, the more they realise that the person standing next to them is exactly the one they were looking for. Through alternating POVs, we witness two people slowly but deeply falling in love, but while Josh is ready to take the next step, Shelly stays unwilling to lose focus in her life and surrender the little control over her emotions that she has gained in her adulthood. The product of a dysfunctional home, Shelly sees a little bit of her cheating father in every man she meets and naturally keeps them at an arm’s length. What she did not plan is to find the embodiment of every childhood dream in the very man she now tries to guard her heart against.

“I’m falling for you so hard that I can feel the scrapes on my knees as I’m brought to them… How can you not see how good we’d be together and how much I would love you?”

This story might have been all about the deliciously mind-blowing hot lovin’ at first, but it quickly became a sweet and very romantic tale of wrong first impressions and learning to give one’s heart to someone, while trusting them unconditionally to safeguard it and not take it for granted. There was no part of this story that I did not utterly enjoy. Apart from the sizzling chemistry between the characters, including the secondary ones, the dialogues were a highlight – entertaining, well-written and scorching hot at times. This is a book I devoured in one day and I’m thinking of going for seconds.

“I would lie under the tree and dream about the man I’d end up with – who he would be and what he would look like … And he turned out much better than anything I could have imagined.” 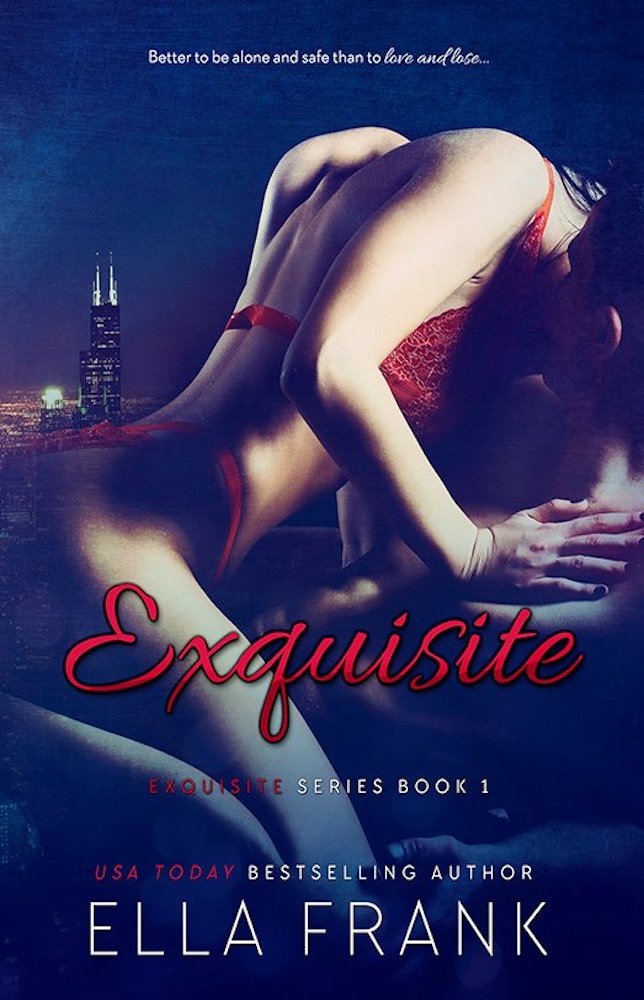 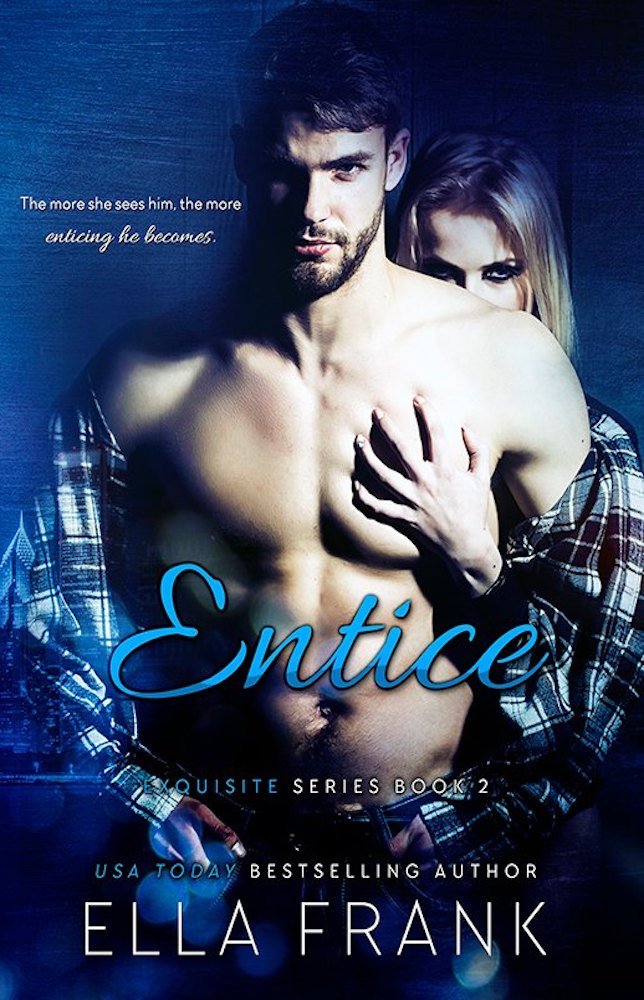 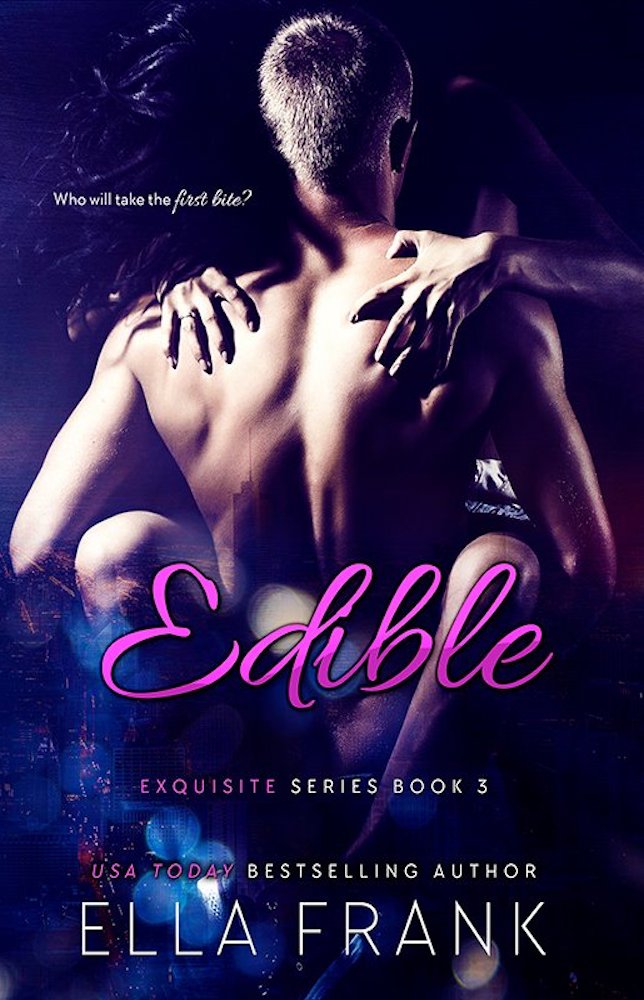