In Hopeless, Sky left no secret unearthed, no feeling unshared, and no memory forgotten, but Holder’s past remained a mystery.

Still haunted by the little girl he let walk away, Holder has spent his entire life searching for her in an attempt to finally rid himself of the crushing guilt he has felt for years. But he could not have anticipated that the moment they reconnect, even greater remorse would overwhelm him…

Sometimes in life, if we wish to move forward, we must first dig deep into our past and make amends.

In Losing Hope, bestselling author Colleen Hoover reveals what was going on inside Holder’s head during all those hopeless moments—and whether he can gain the peace he desperately needs.

“Thirteen years. I’ve been looking for her for thirteen years and I very well may have just found her. Alive.”

When I was a little girl, every single year on my birthday, my parents would take me to my favourite toy store which happened to be in a city a few hours away from ours. Those day trips were some of the happiest moments in my life because I could always take that joy for granted. I never knew what toy I would pick, the anticipation was half the fun, but I always knew I would be returning home with a huge grin on my face. Well, fast forward “a few” years and I have found the equivalent of those childhood toy store expeditions. It is called a Colleen Hoover book.

Hopeless was hands down one of the best books I have ever read. It touched me so profoundly and so irrevocably that I walked away a different reader. The story of Sky and Holder is not something that you ever forget – its uniqueness lies in the deep emotions that it makes us feel and in its inimitable writing style. It is truly the perfect book. Losing Hope is its sequel, written entirely from Holder’s point of view, but following the same storyline. It is not a book, however, that could or should be read without reading Hopeless first as several scenes are better understood with prior knowledge of Sky’s story, allowing this book to simply fill the gaps in the timeline and for Holder to finally tell his side of this timeless tale of love, courage and human endurance.

Revisiting such an emotional story from a different point of view was no small task, especially since we were left believing that no stone was left unturned in the storyline, but it truly deserved to be told again. From the first moment we hear Holder’s voice, we become aware that to truly understand the complexity of Sky’s reactions, we needed to witness Holder’s too. All the final puzzle pieces are set in place, making this story even more flawless. Holder has had more loss in his life than any young man should ever have to overcome. Losing his childhood friend left him burdened with guilt and regret, but losing his twin sister shattered his heart.

“What are the chances that the only two girls in my life I’ve ever loved … I’ve lost?”

The moment he first sees Sky is the embodiment of thirteen years of hope. When Holder meets her, he wishes with all his heart for her to be his long lost friend, but the more he gets to know her, the more he needs her not to be that little girl. We watch them fall in love, slowly, gently, cautiously, knowing the truth this time around and aware that it is a ticking bomb waiting to explode.

“I don’t know what will be more painful. Staying away from her so she doesn’t find out, or telling her the truth and ruining her life all over again.”

While we suspected Holder’s feelings to be strong, we now find out how overwhelmingly intense they were from the moment he laid eyes on Sky. They love story is epic – it is the story of two young people who have cared for each other for over a decade and who are now drawn to each other all over again, like two magnets unable to fight the pull, the growing love between them healing their hearts and giving them the courage to face the impending truth. They are kindred spirits who might be falling in love with one another for the first time, but their hearts have known each other and have been connected for a very long time.

“I’ve loved Hope since we were kids. But tonight? Tonight I fell in love with Sky.”

Nothing in this book is accidental or without purpose. Ms Hoover uses her words with intent and with impeccable skill. Even the simplest of sentences make us feel so much, fortuitously manoeuvring our emotions from one direction to another. What left me speechless once again is the author’s ability to use humour to lighten even the heaviest of subjects. Holder’s letters to his dead sister are an unexpected highlight of this story, equally heartbreaking as they are comical at times, often making me genuinely laugh through tears of sadness.

“Why would you leave your jeans on the floor if you knew what you were about to do? Wouldn’t you at least throw them in the hamper? … Well, I’m not picking them up.”

I must stress again the importance of reading Hopeless first as this book is in effect a companion novel. Several very important scenes are rushed over this time around as they were told in detail previously and nothing needed to be added. This being Holder’s story, the focus is not only on his relationship with Sky but also on overcoming his feelings of grief and guilt stemming from the untimely loss of his sister.

I have said so much about this book and I still consider myself speechless over it. I believed Hopeless to be a complete story but I am now convinced that neither book should be read without the other one. I am doing a standing ovation to Ms Hoover, once again, and I get a feeling I should be used to it by now. A truly spectacular read. 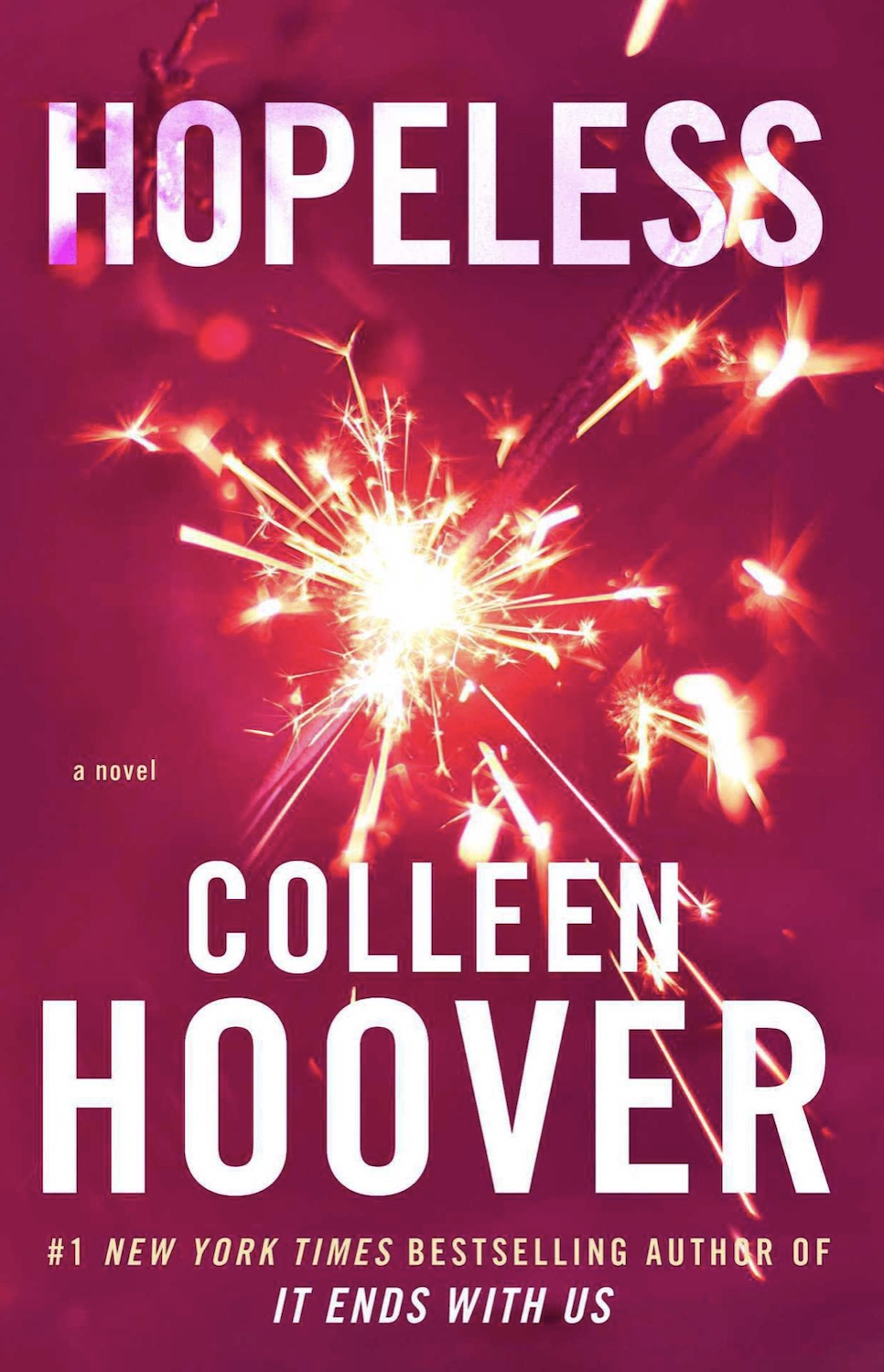 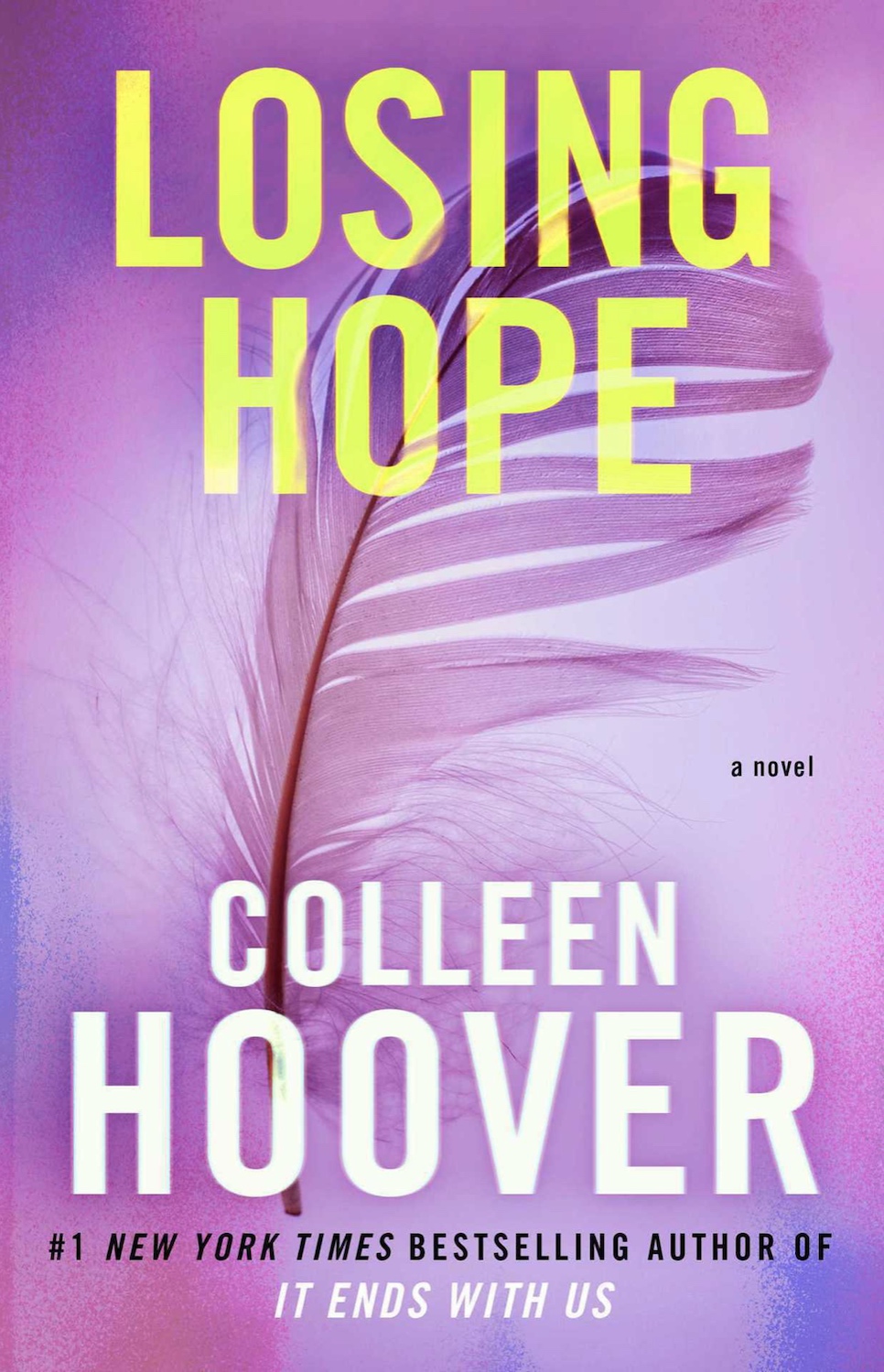 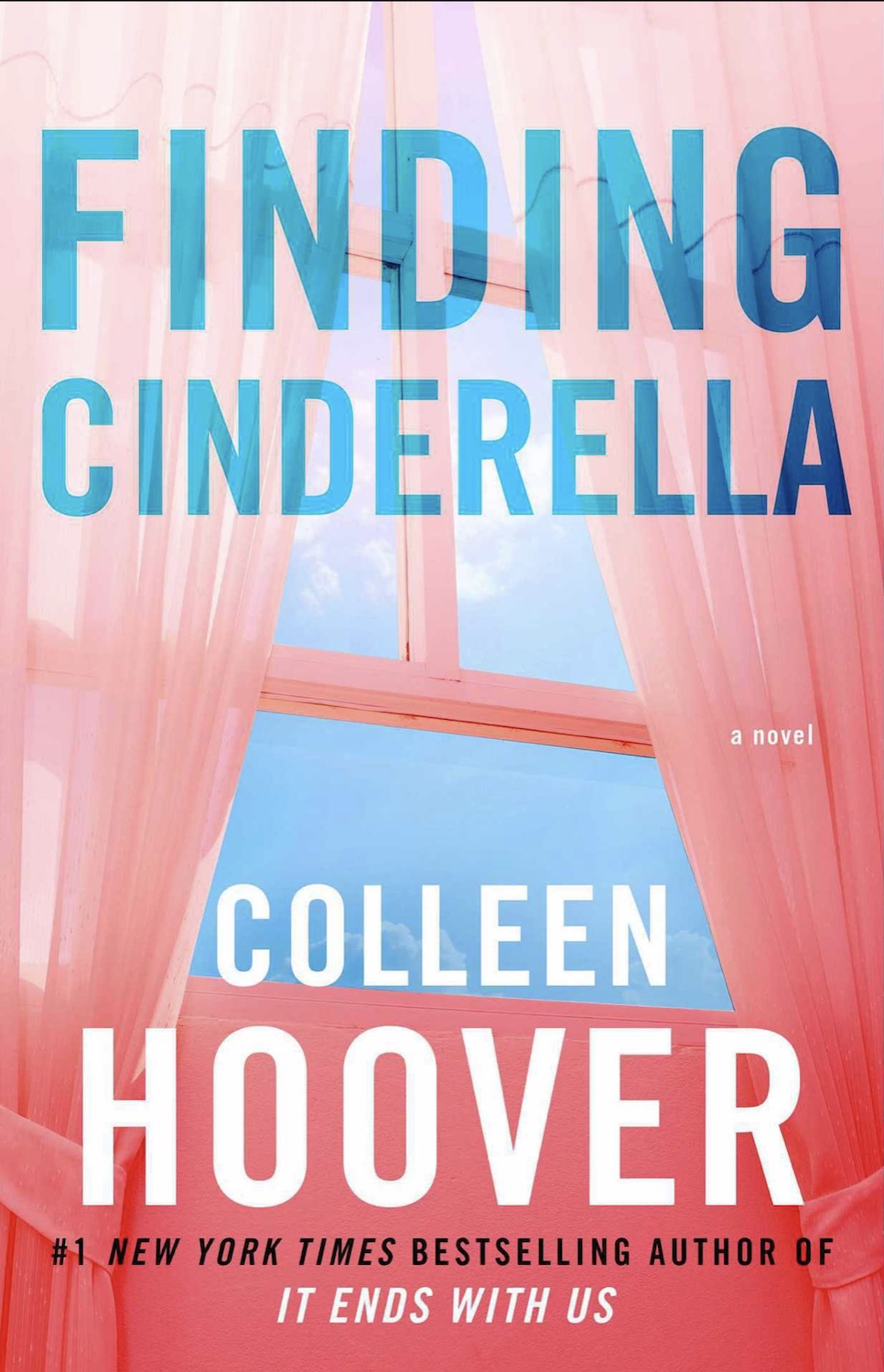 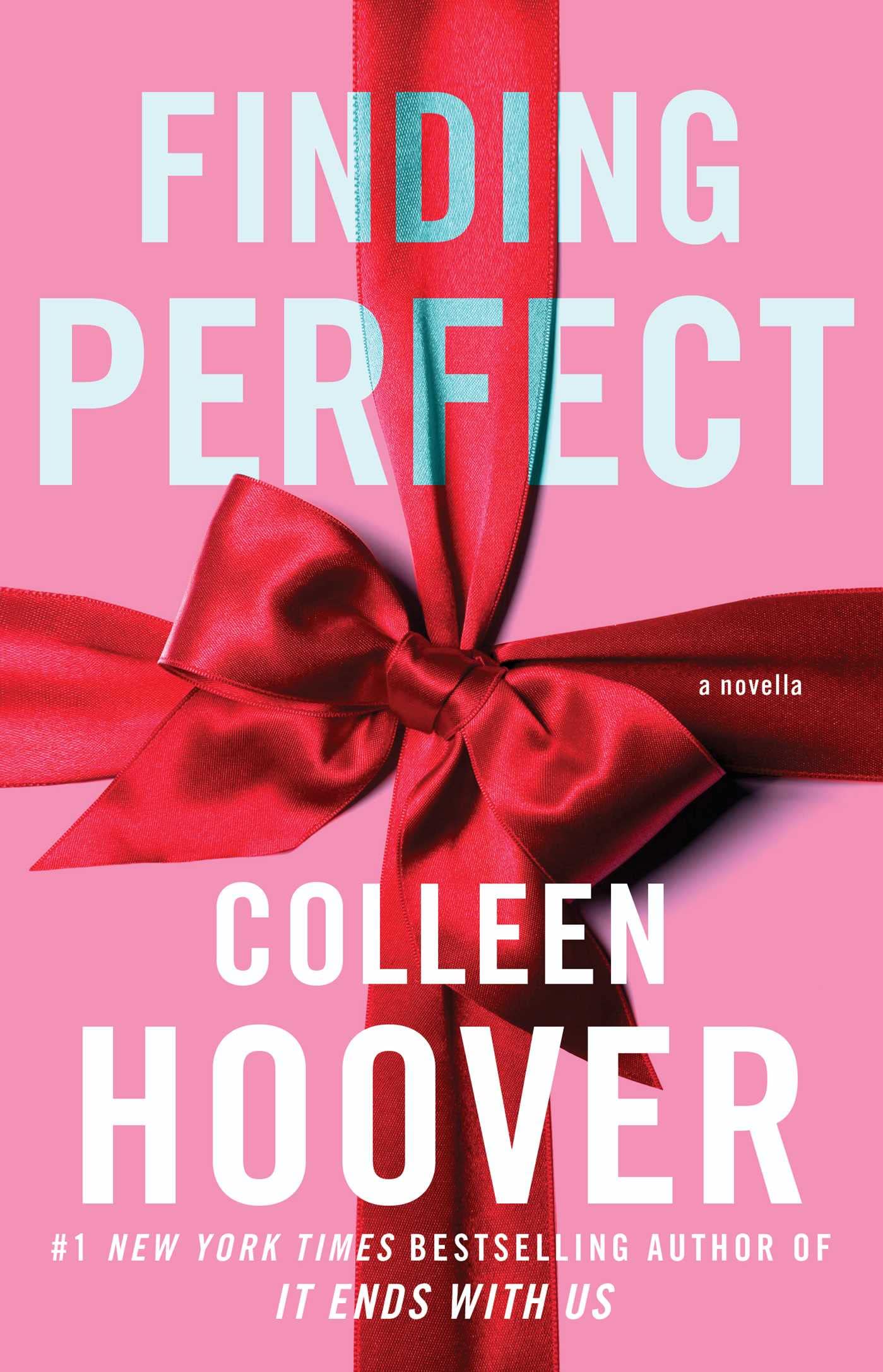 Your review gave me goosebumps! So anticipating this story from Holder’s pov! Can’t wait for him to claim the rest of my heart!

You just write the most beautiful reviews.

Great review. I just can’t wait for this book.

I was lucky enough to be gifted a copy of this book from Colleen for my birthday, had it finished in no time at all, I TOTALLY agree with you about Hopeless and Losing Hope go hand in hand, they are not the same and are perfect companions to each other,

“I drop the notebook onto the floor.
And I cry.”

Oh I cried along too,.. I blubbed,.. it was embarrassing! LOL

This book was beautiful, and it took me away from my own problems and I was able to hide in Colleen Hoovers world once again. I truly love her books, and her writing alone has given me a love for reading like I never had before, the depth that this story develops to understand Holder is amazing,..

I absolutely loved this book. What a wonderful follow up to her first! I love your reviews! Thank you~