Leah Smith finally has everything she has ever wanted.

Her marriage feels more like a loan than a lifelong commitment, and the image she has worked so hard to build is fraying before her eyes.

With a new role and a past full of secrets, Leah must decide how far she is willing to go to keep what she has stolen.

Book Series:  Love Me With Lies

“What kind of woman am I if I knowingly married a man that didn’t love me?”

I feel giddy, euphoric, in awe, confused, converted, guilty for not having had enough sense to trust Tarryn Fisher’s wicked ways implicitly and absolutely. I also need to make a confession that I am not very proud of – I did not want to read this book. I was equally scared and sceptical of its content, and part of me believed that nothing could ever follow The Opportunist with equal merit. I hated Leah at the end of the first book – she was the perfect villain, completely unredeemable and so easy to demonise. Just the idea of reading an entire book in her voice made me want to scream and claw my eyes out. And then it happened, it had to happen – I read it. And now I am a brick away from completing a shrine to Tarryn Fisher.

Reading a book in Leah’s voice was necessary. I now truly believe that this story would have been incomplete otherwise. We are dealing with three flawed individuals who, some more than others, walk a very fine line between hero and villain every moment of their life. Although Olivia is technically meant to be the overall heroine in this story, we learned pretty early on that this is not a fairy tale – Olivia is not a virtuous princess who has been wronged by the wicked witch in the story and is only waiting for her prince to find his way back to her. Olivia is a quasi-villain herself. She lies, cheats, tricks and manipulates, all for her own benefit, and her fate is her own doing. Just because we somehow ‘bonded’ with her by the end of the first book in no way implies that she is easy to love as a character. Her imperfections make her more human than most and at times she is easy to identify with, but her actions too often make it impossible to feel any empathy for her. The ending of Olivia’s book was soul-crushing. It tormented me for months and I am yet to determine whether my torment stemmed from the status of Olivia and Caleb’s relationship or the fact that I was actually cheering for a character like Olivia. The more layers of this story we peel off, and the more we get lost in the lies that these characters have entangled themselves in, the more we realise that it all comes down to one simple scenario – a girl met a boy, they fell for one another madly, epically, irrevocably, but they did not know how to love each other. They hurt one another too many times while trying to fix what they kept breaking and eventually the lies were all that was left of them. But even in the aftermath of their gruelling romance, we are left with one deep conviction – Olivia belongs to Caleb and Caleb belongs to Olivia. And their attempt to live apart happily is their biggest lie.

“They spark. When they’re together, it’s like putting a hurricane and a tornado in the same room – you can feel the tension. I didn’t believe in the cliché of soul mates until I saw them together.”

It is in that mindset that we start Leah’s story. By constantly flashing back and forth from the time Leah met Caleb to their present wedded state post-Olivia, we slowly get to know the Dirty Red… intimately. Her thoughts initially shock us, feed our raging hate of her, but the more we get to understand this woman, the less we are inclined to have such strong emotions towards her. Leah is the product of a loveless upbringing, a casualty of bad parenting, a lack of positive role models, and of never having been taught how to be a decent human being. She reacts before she thinks, she stings before others can sting her, she claims what she believes should be hers. Apart from her sister, she has never had anyone to cheer her on in life, feel proud of her, show her unconditional love and support, but instead of breaking her, this has made her determined to achieve her happiness by any means necessary. She unapologetically pursues a man she knows is still in love with another woman because in her mind no prize is greater than the woman she has convinced herself of being.

“I wondered what stupid b*tch let him go. Whoever she was, I would wipe her from his memory in no time at all. Why” because I was the best of the best: the Godiva, the Maserati, the perfect colorless diamond. I could improve anyone’s life – especially this man’s.”

We watch her change her colours like a chameleon, moulding herself into the woman she believes a man like Caleb would want, but it is like watching a car crash happening before our eyes – it is gruesome, it is painful and yet we cannot look away. Her lack of self-awareness and inability to find fault in herself and in her actions only feed her obsession with the “other woman”, as she blames her for all the shortcomings in her marriage, whether she is present in their life or not.

“No! I think. I am not the poisonous snake. Olivia is. Everything that I’ve had to do is her fault. I am innocent.”

The few fleeting glimpses of goodness that we see in her show us that there is a broken little girl behind her self-serving façade, a trait that could have perhaps even dominated her personality had it been nurtured from an early age. We see the woman she could have been in her struggle to accept motherhood and in her inability to embrace her new role as a mother, a role she simply does not understand.

“I am not a good mother. I’m probably worse than my own self-absorbed, gin and tonic drinking mother.”

Leah is a woman that never quite grew up. She is still the same little girl who desperately wanted her parents to love her and feel proud of her. Her mind is a complex but inherently sad place, filled with a misplaced sense of entitlement, envy, deceit and a deeply concealed lack of self-esteem. As a reader, you want to hate her, her actions make it so very easy to hate her, and yet you struggle to hate her. By the end of this book, I felt like the impossible had been achieved – I did not hate Leah. She knew all along that her husband loved another woman, that he most probably would never love her that way and she still chose to live that reality. It made me very sad for her, at times even protective of her, and hopeful that she would somehow find her way in the future because a person like Leah is not born that way – she is made.

This was a book I wanted to dislike and ended up LOVING. It made me feel so much, too much, and it proved to me two things – if done properly, a book can make us like even the most hateful of characters, and that Tarryn Fisher should never ever be allowed to become a politician.

“My name is Leah and I will do anything to keep my husband.” 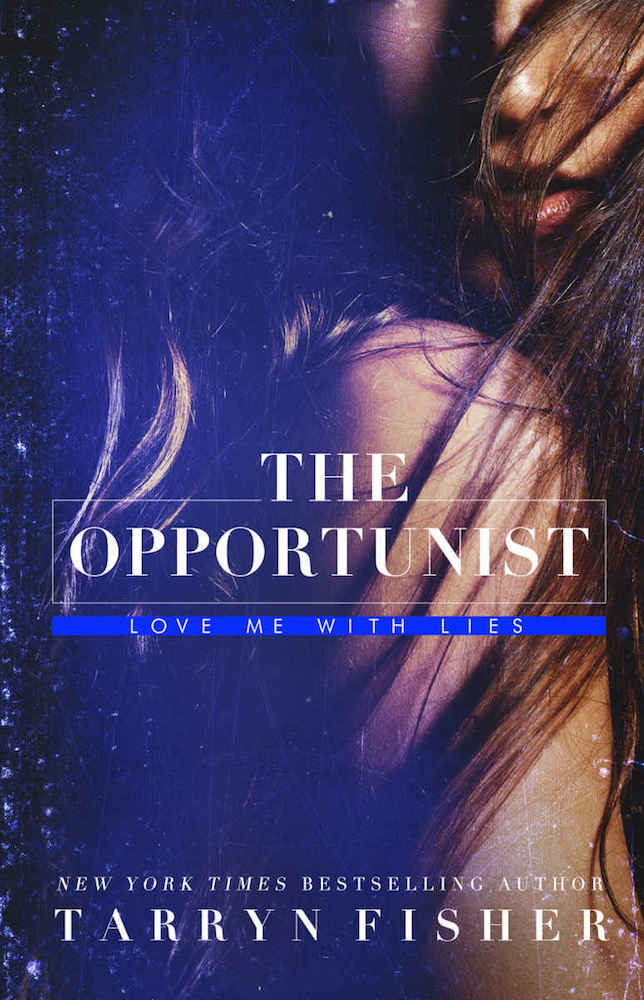 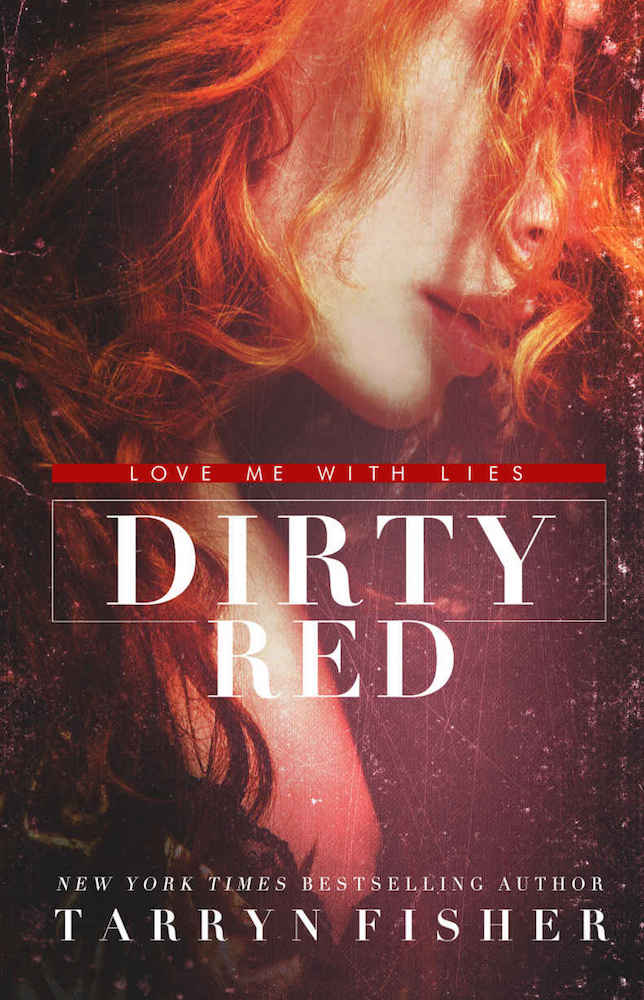 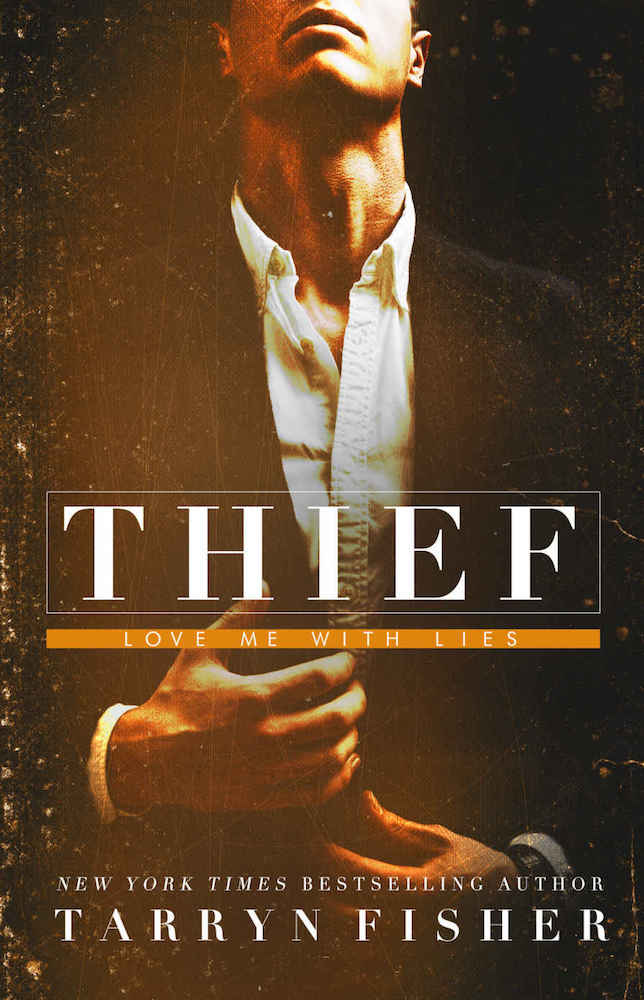 I’ll admit, I’ve had The Opportunist for quite some time and I’m nervous about reading it. I will. Especially now that the third book is out. I bought Dirty Red recently too, so I’ll be happy to have the rest of the series available after I’m done with The Opportunist. Great review! You gave me to pep talk I needed. :)

Thank you for your reviews! Because of your awesome rec, I purchased all three in this series on 7/22 and read them within two FULL days (these books have kept me awake all night!). An amazing read and spot-on reviews! The stories are long, impossibly detailed and at times they had me spinning, but I could NOT put them down….not one of them. I never truly hated Red as I thought I should. I felt she and O were a lot alike. Both suffering from “Daddy issues”, lack of self-esteem and both equally deceitful, but when battling for the same object of their affection, one of them was bound to lose. Tarryn Fisher creates her characters with such fluidity, identity and personality that we, as readers, are able to connect with on a multitude of levels throughout their affairs. Thank you again for your thorough reviews of this series….I enjoyed my brief time living as a voyeur in the world of O, Red and Caleb.

Beautiful comments, Kara, simply beautiful. I am so happy you liked this series, it is one of my favourites out there and it makes me so ecstatic to see that others appreciate it the same way as I do. Thank you SO much for your message! xxxx