26-year old Gabriel Vincent is a badass hero. Or he used to be, anyway. As an ex-Army Ranger, Gabe never thought he needed anyone. But after one horrible night in Afghanistan scars him in a way that he can’t get past, he needs someone who can help him heal…even if he doesn’t realize it.

25-year old Madison Hill doesn’t need anybody…or so she thinks. She grew up watching her parents’ messed-up abusive relationship and she knows there’s no way in hell that she’s ever letting that happen to her.

They don’t know it in the beginning, but Gabriel and Madison will soon develop a weakness: Each other.

But Gabriel’s got a secret, a hidden monster that he’s afraid Maddy could never overcome… And Maddy’s got issues that she’s afraid Gabe will never understand. They quickly realize that they need each other to be whole, but at the same time they know that they’ve got demons to fight.

And the problem with demons is that they never die quietly.

BOOK REVIEW: If You Leave

Gabriel “Gabe” Vincent is a war hero, broken by the horrors he had to see and live through. He suppresses his memories and the scars they left on his psyche by refusing to deal with them, but they torture him in his sleep, night terrors making him relive all the ugliness he survived, filling his every night with violence and making him believe that he is irreparably broken.

“Is everyone in the world broken, Gabriel?”

Madison “Maddy” Hill’s life has been filled with loss and violence of a different kind. Her parents’ confusing example of a relationship based on obsessive love, jealousy and blind devotion, has warped Maddy’s view on love, making her inherently afraid of violent bullies in her life. She sees her father’s violent tendencies in every man she meets, and after watching her mother willingly stay in an abusive relationship, Maddy has become overcautious in her own relationships, never trusting a man not to become violent with her. She fears falling in love as much as she fears violence, fiercely guarding her heart from potential heartbreak and putting her love life on hold to fulfil her responsibilities towards her family.

“I search for my father’s traits in every man.”

But deep down Maddy is unhappy, lonely, trapped in a life that does not belong to her and bound by a sense of loyalty to her family’s legacy and what she thinks others expect her to do and be. She is unable to escape the guilt pressing down on her from grieving the loss of her parents and hating them at the same time for the poor example they set with their dysfunctional relationship. Loss is a trigger for Maddy, she sees everything as transient, believing that even those closest to her could be taken away from her at any given moment. For that very reason, apart from the relationships she was born into, Maddy chooses to form no permanent bonds in her life, especially those where her heart could be at stake.

“… everything you love, everyone you love, even if you love them and hate them at the same time, can be taken away in a moment and there isn’t anything you can do to change it.”

When Gabe and Maddy accidentally meet in a dark alley behind a night club, they are just two strangers instinctively and immediately attracted to each other, stripped from their past, temporarily escaping their present, and desperate for a connection to fill the voids in their lonely hearts. They are not looking for anything more than a way to satisfy their bodies, hungry for just one night of pleasure, free from complications or inhibitions. But even though nothing goes as planned, their connection goes beyond the flesh and soon life is throwing them in each other’s paths, forcing them to deal with feelings that neither of them were expecting to have to own or face so soon.

“We need to finish what we started.”

This is ultimately a beautiful story of finding something more powerful in yourself than the crippling fear that stops you from living and moving ahead by embracing happiness and love. It’s a love story entwined with a sensitively handled tale of loss, survival and courage. Post-traumatic stress disorder is a dominant theme and yet it is tackled skilfully and gently, giving it enough importance in the story without overwhelming the reader or the storyline with overly-gruesome details. Ms Cole gives us a problem and a swift solution, putting the emphasis on the courage it takes to confront those issues and seek help, rather than the lengthy process it takes to achieve the desired result. We are given a broken hero who learns to ask for help when he cannot deal any longer with his inner demons, and shows us that asking for help is not a sign a weakness, but rather the mark of a true hero.

“… everyone has demons and I haven’t shown mine who’s boss yet.”

The secondary characters play a large role in the story, their close bonds and interactions with the main characters helping to mould the storyline by directly affecting Gabe and Maddy’s actions. We get to revisit some old friends, Pax and Mila, see where their happily-ever-after takes them, and we meet some new ones that will find themselves in the limelight in future instalments. No man is an island and we are the direct product of the love and support of those we love and who love us, regardless of family ties. Fear is the only villain in this story – fear of loving another, fear of losing that love, fear of not being worthy of someone’s love. Maddy and Gabe’s story is written with sensitivity and thoughtfulness, making us love those characters as well as feel overwhelming protectiveness towards them. While their chemistry sizzles off the pages, their growing feelings for one another, their ups and downs, the natural progression of their relationship and the hardships pulling them apart make this book a true modern love story.

I was not familiar with Ms Cole’s incredible writing style before this book, but let me tell you, I am taking full notice now.

“Life goes on. Whether it’s bad or good or otherwise, it goes on. And there’s not anything we can do but make the best of it.” 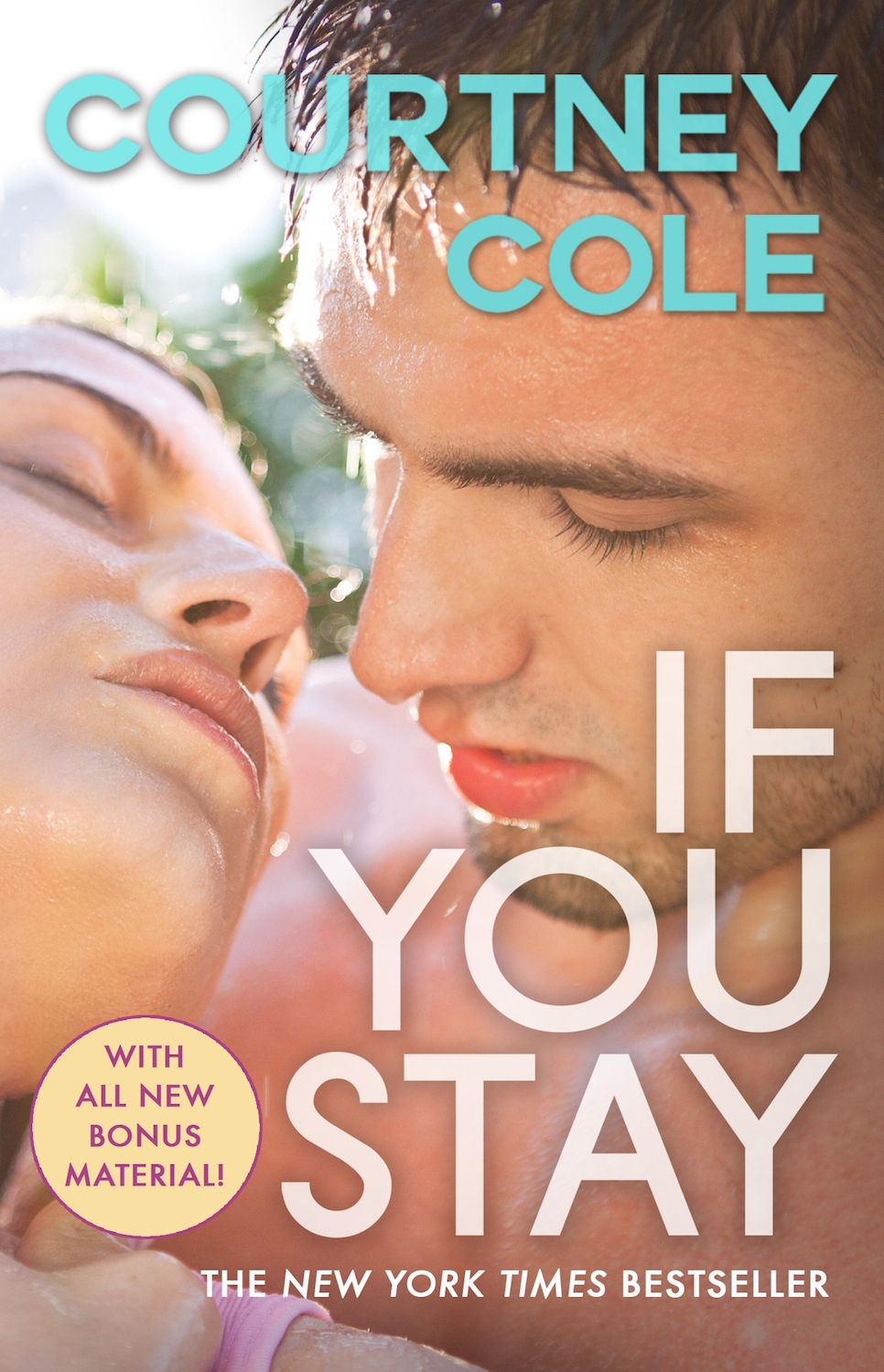 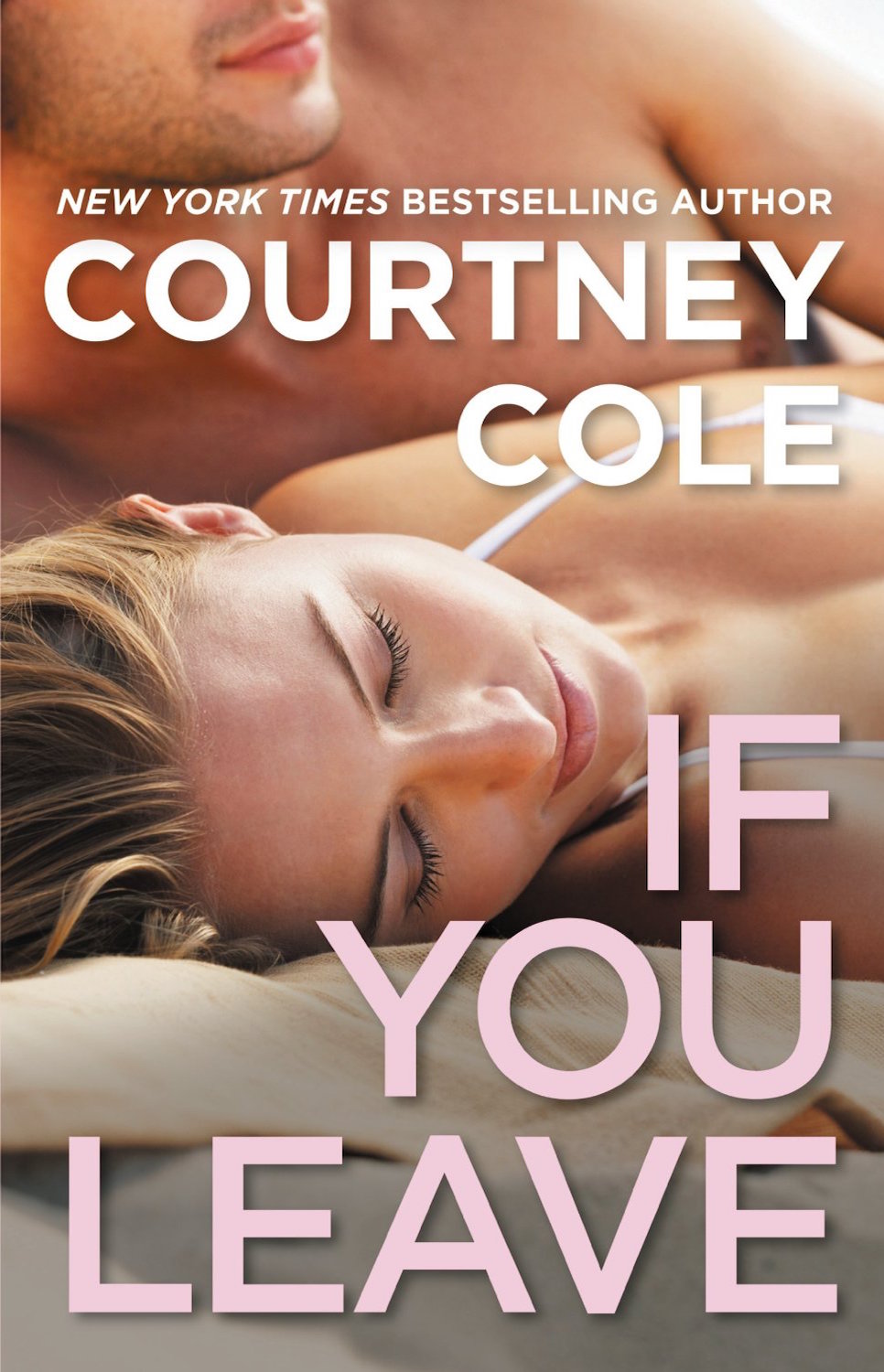 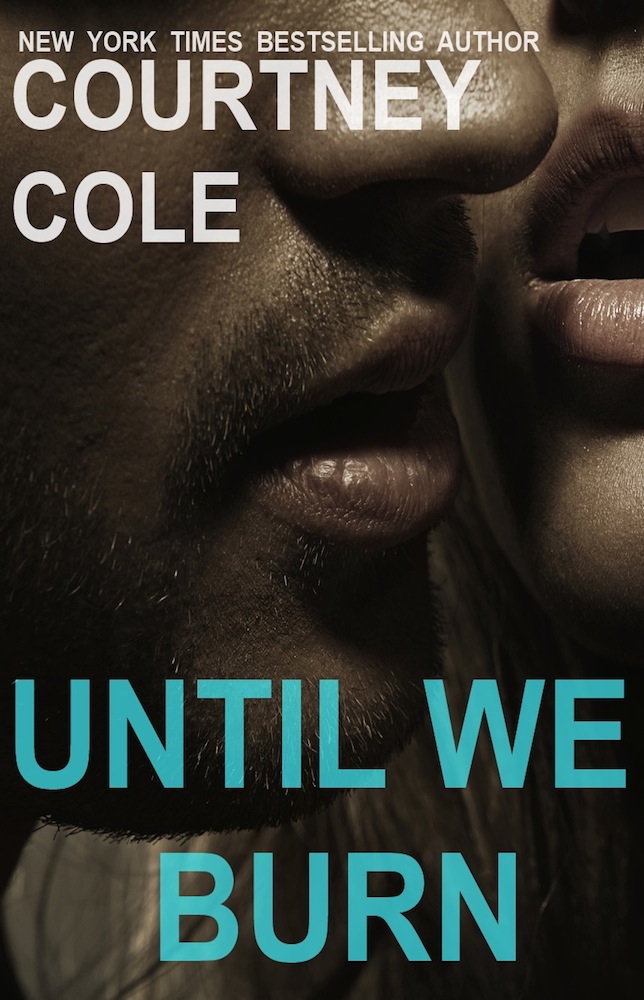 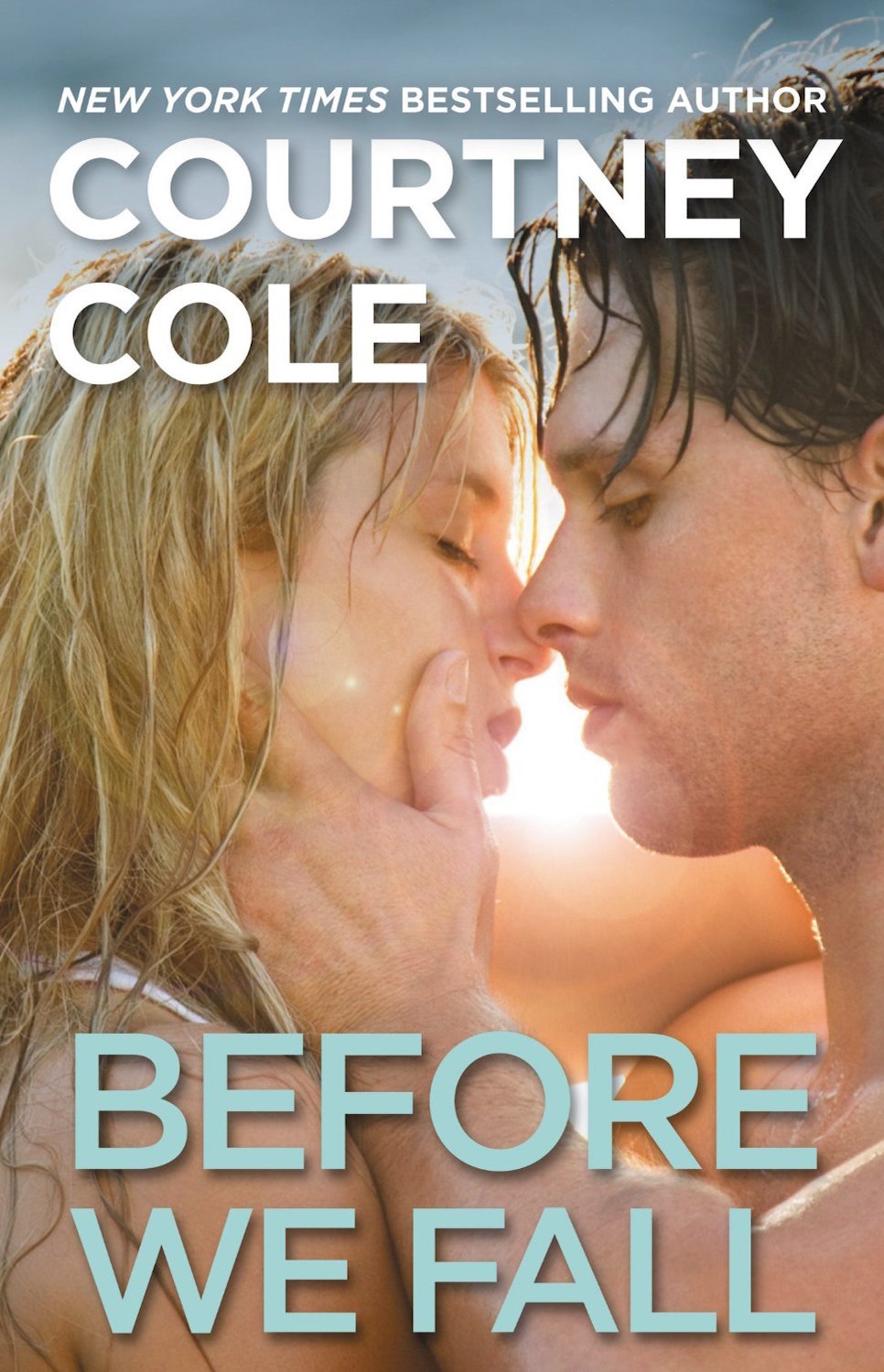 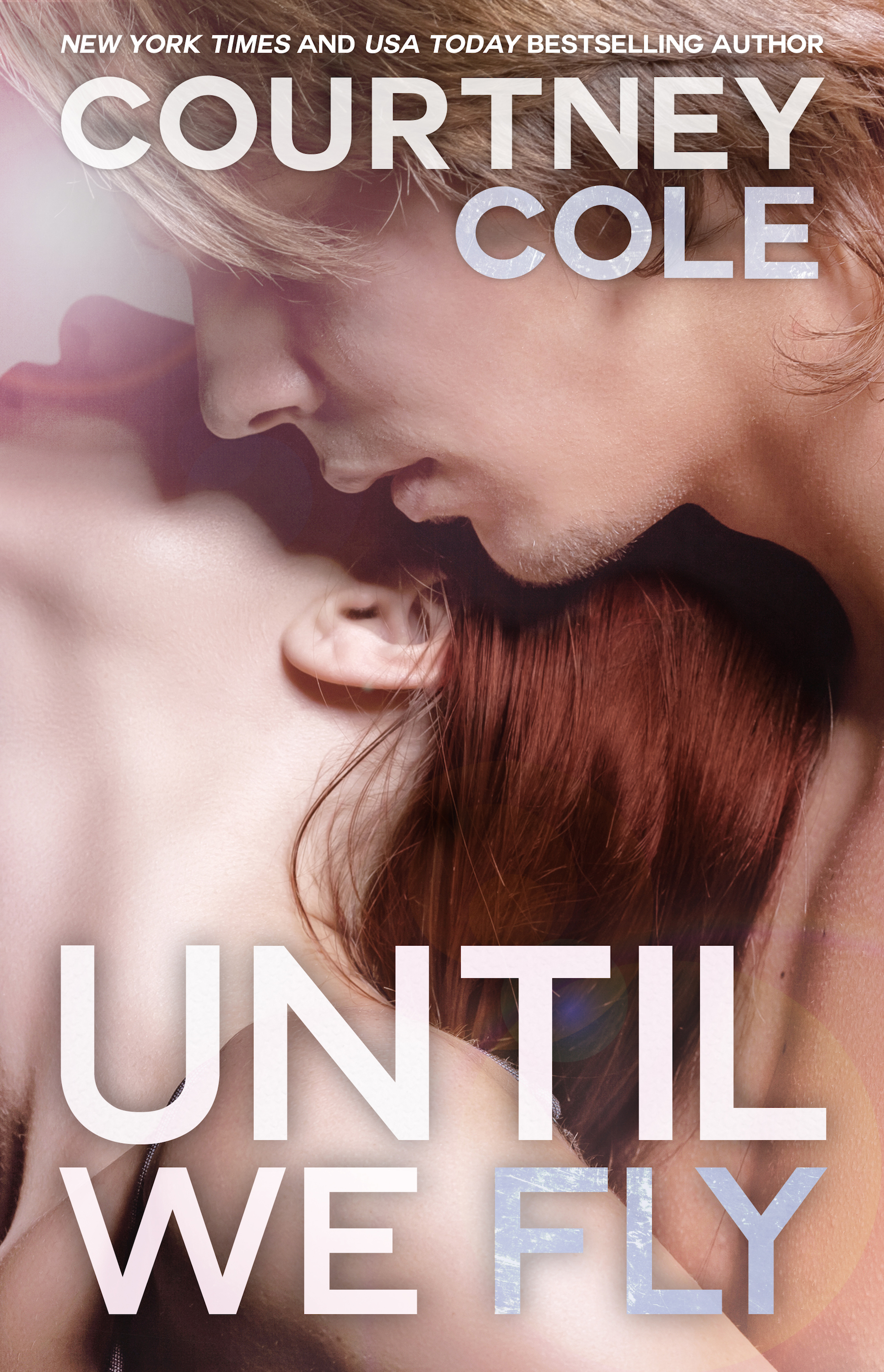 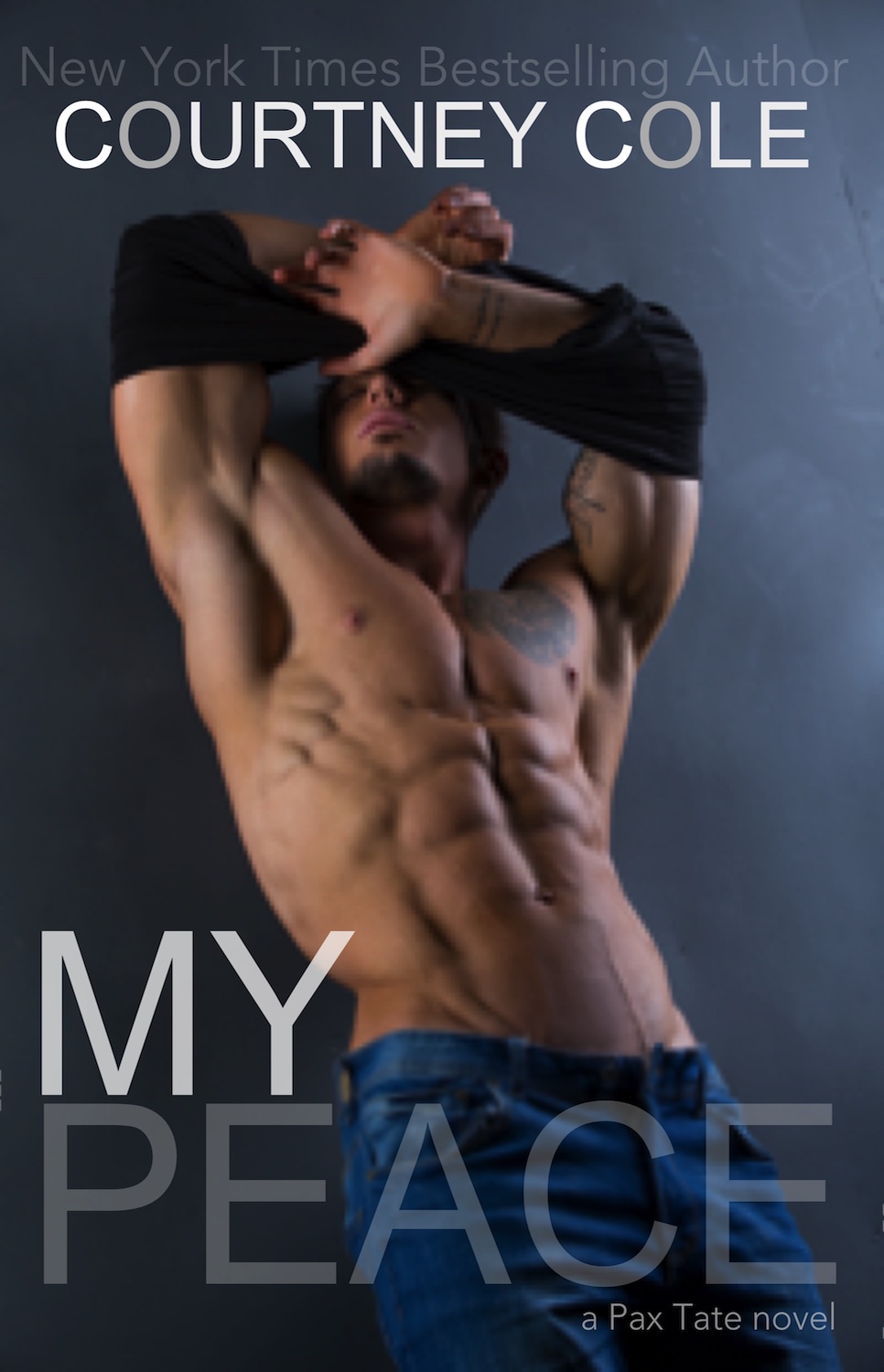 Love Maddy and Gabe. Jacey’s book will be great!

I love Courtney’s writing and If You Stay was awesome. I really can’t wait to read this book. Great review!