Danny and Liv are back…

Danny loves Liv. He knows he loves her more than she loves him because she ran without a word when she saw their future mapped out before her. He knows he will never love anyone like he loved her and this time he doesn’t think he can move on.

They needed a second chance because they just weren’t ready for their first, but when events changed everything between them, they discovered they were just human after all. Now Liv and Danny have to find a way to survive being hurt by each other.

They doubted, they underestimated and they did believe the worst, but only because they were too young the first time and too vulnerable the second time. But now they have changed and if they are not the same, surely things can only turn out differently?

“…we stumbled and fell, but something so strong cannot be wiped out in one moment.”

After finishing Just Human, I literally only gave myself the time to take a deep breath and wipe away a few tears before I dove right into this very emotional but deeply satisfying sequel. It is the perfect conclusion to one of the most beautiful modern fairy-tales I have ever read and I am struggling to let go of it.

In the aftermath of the incredibly heartbreaking ending of its prequel, we find Liv and Danny desperately trying to make sense of what happened to their relationship, attempting to move on with life, their pain and anger feeding their inner demons as they both navigate through intense heartache and self-doubt for the second time in their lives.

“She doesn’t love me. She found out I was going to propose and she ran. Again.”

On opposite sides of the world, they lick their wounds with the relentless support and love of their best friends, but they are lost without one another. Both convinced of the other’s fault in their relationship’s demise, Liv and Danny throw themselves into their old lives, believing that ignoring the gaping hole in their hearts would somehow make it hurt less. But no matter how hard they try to forget one another, nothing makes their pain go away and as time goes by, it even finds ways of following them into their dreams.

Luckily, when two people are meant to be together, they eventually find a way back to each other and once Danny finds out the real reason why Liv left so suddenly, he becomes determined to win her back and never let go of her again. What follows is romance in its purest and most gratifying form – touching acts of love by a man who is willing to do anything for the woman he loves, hoping his actions would show her what she won’t allow him to say.

“Please let me back in. We have wasted too much of our lives apart.”

As much as I felt Danny’s desperation and unyielding hope in their future together, I lived Liv’s pain and I wholeheartedly understood her doubts and her misguided need for some fantasy grand gesture. There is no instant forgiveness scenario to appease us, no quick fix for a decade-long history of self-doubt and believing in one’s worse fears. Their biggest obstacle has always been their willingness to believe themselves unworthy of the other’s unrelenting love, to trust their insecurities rather than their own hearts, and that is something that time exacerbated, and only time can truly take away. Their personal journey is just as important as their shared one, the recognition of their deep seeded fears being essential to their future as a couple.

In both books, Liv and Danny are finding their way to one another, but in this book they are finally setting firm roots that no storm could shake in the future. And my heart sang page after page. This story touched every corner of my heart, made me live every scene, feel every emotion, because there was something truly real about it. The characters made sense, they were real people, with real hang-ups and real feelings. Nothing was romanticised, made pretty or forced – I got the characters, I got what drove them, what stalled them, what pushed their buttons, and what made them deliriously happy. They were real to me, and their story fed not only the romance glutton in me, but also that little girl who used to daydream in her bed at night that one day her Prince Charming would come looking for her.

Everything about this story was executed to perfection. The relationship between Liv and Danny might have been the focal point of the storyline, but their friendship bonds with their respective best friends were given equal importance, making this not only a timeless romance, but also a heart-warming tale of friendship and unconditional love. My heart is still trying to absorb the overwhelming happiness that I felt while reading this splendid book. In my mind, I am twirling on the hilltops Sound-of-Music-style, singing from the top of my lungs about this story being one of my favourite things. This is an absolute must-read.

Scott is up, dressed and looking particularly chipper when I arrive laden down with groceries.

“Wow! You realise it’s A.M. right?” I rib as I put the groceries down.

“So how are you?” asks Jen with her well-rehearsed tone.

“I’m doing okay,” I say, trying not to brush her off. I know she is worried about me, but I can’t do what she wants me to do. I’m not chasing Liv. Jen has tried cajoling, nagging, yelling and crying. There is only bribery left, but she seems to have risen above that. She wants me to be happy, but she is wrong about how I can achieve that. I should have left the whole thing alone. But I went against my gut and this is the result. I won’t make that mistake again. I’m staying put. Screw Liv.

“Working hard?’ Jen asks, this is more of an accusation.

“Yes,” I say like a sulky teen. “But it’s what I need right now. Anyway, I need the money…I’ve a huge credit card bill to pay.” I joke, referring to the ring. But there is little humor to be found, even when the joke is my own. I sigh. How did I become the guy with two unwanted engagement rings to his name?

“So whose turn is it to cook?” I ask, knowing full well it’s mine, I’m just trying to change the subject. Jen rolls her eyes and sets about making coffee. Scott takes the morning papers over to the table, his usual position. I’ve no idea when he became exempt from cooking, but Jen and I take turns.

I get on with mixing the batter, it’s second nature now, and Jen and I move about the kitchen in perfect sync with one another. I wonder distantly, how I thought it would be easy to give this up and move. I love these guys.

We make Scott do all the donkey work after breakfast; it’s only fair that he cleans up. Jen and I poke fun at him for our own amusement, from where we sit in the garden.

“I’m just not used to seeing him this alert on a Saturday morning,” I tease.

“We went for a walk on the beach this morning,” Jen says with a knowing look. “We had stuff to talk about.”

“And?” I ask, knowing full well the subject they needed to discuss. They have been back and forth all week on this sperm donor thing. I know Jen is terrified, but Scott sees it as no big deal and just wants to get on with it. I really admire the guy; hell, it’s quite a dent in the old masculinity. But as far as he is concerned, it’s just a blip. Any child that is conceived as a result would be his and his alone. Jen has just read one bad example and it has her all in knots. She’s worried that Scott won’t feel connected to the baby and she’ll be left all alone. That just wouldn’t happen.

Scott joins us just then and they smile at each other. “I talked her around,” Scott says, never taking his eyes off Jen as he sits beside her. God, he loves her.

“That’s great!’ I exclaim and put my arms around Jen lifting her slightly out of her chair. “So what happens now?”

“Well…we start looking,” she says with a nervous smile. “It’s a long process and we need a few months to figure out my ovulation issues.”

Okay, here goes. I can’t handle any more rejection this week. “I don’t know the best way to approach this,” I say, looking them in the eye in turn. “But, when you’re ready, I was hoping you would consider me.” 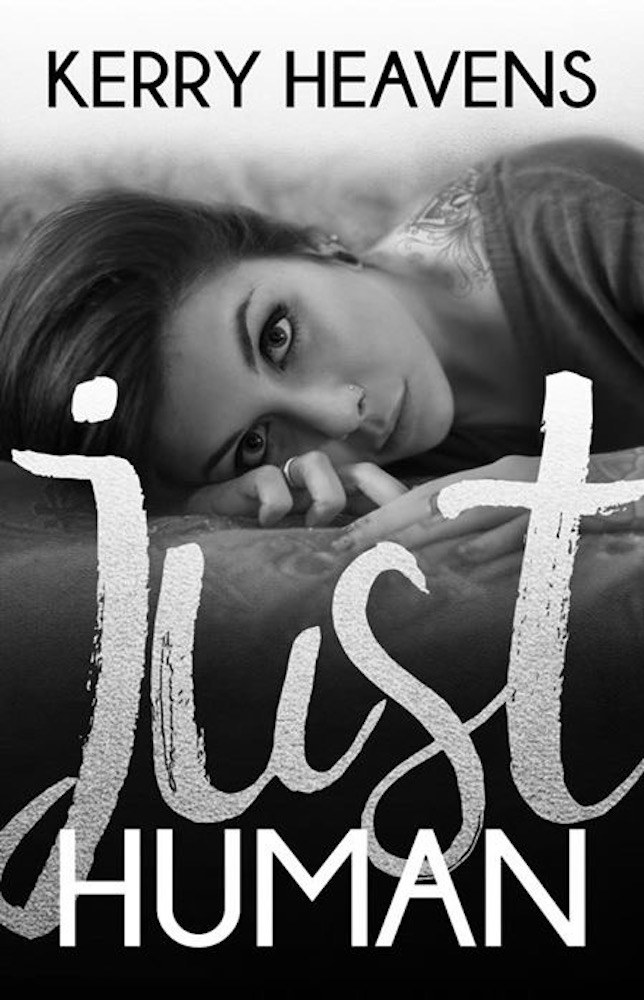 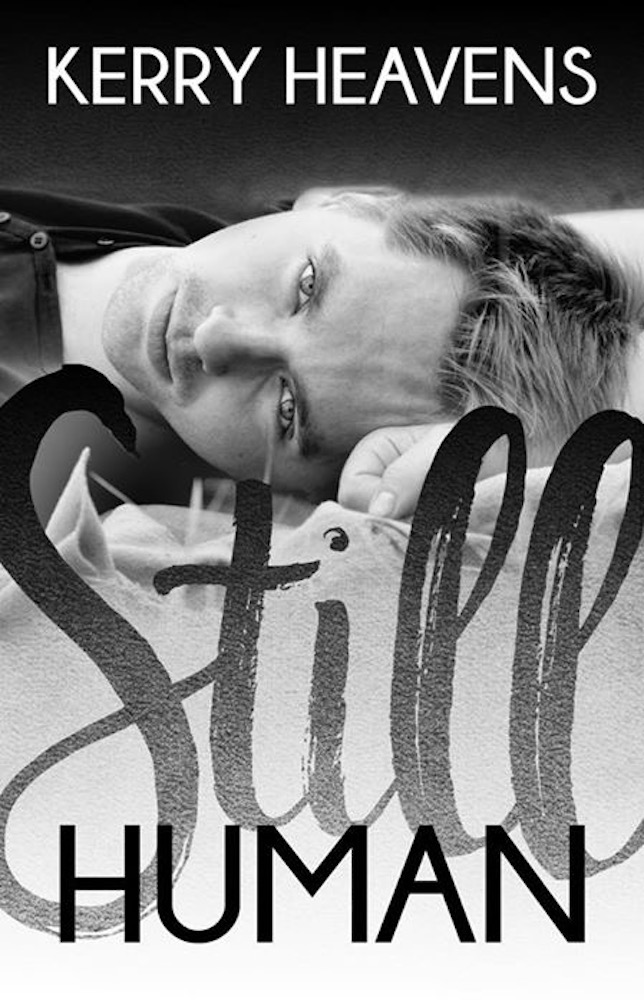 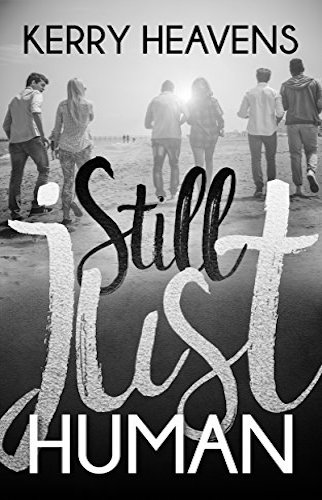