After the last fiasco, Sally gives up. She’ll never find a Dom of her own. Instead the computer whizz is job hunting in between bending the law—just a bit—to unearth the bastards who’d enslaved her friends. The clueless cops and Feds obviously need help.

Shaken by the unexpected emotional exposure, Sally flees the demanding Masters and the Shadowlands.

Both Galen and Vance have reasons not to seek a long-term submissive, but when a brutal attack by her ex-Dom sends Sally into their home, the two agents are driven to protect her. To help her. To take her under command. Falling in love isn’t in the plans.

But as the little imp brings light into their lives, they begin to want more…until they discover she’s hacked into an organization that delights in burning people alive.

BOOK REVIEW: If Only

Book Series:  Masters of the Shadowlands

“Imp, wherever you go, the air practically sparkles.”

I’m sure it’s no secret by now that I love my naughty reads, BDSM being a theme I simply can’t stay away from, and Cherise Sinclair is my personal brand of poison whenever I’m looking for a book to curl up with and make me tingle all over. There is something so comforting and soothing to me in the way Ms Sinclair tackles consensual kink, in the way she immerses us into a world where D/s relationships are common and natural, sexually emancipating and fun. It’s an escape from reality I always welcome and it’s like Christmas in my head whenever one of her books is being released. And this one was no exception. Sally, the mischievous, smart-mouthed little trainee sub at Club Shadowlands has been a beloved character ever since her introduction in the series and as soon as we realised that she would be getting two Doms of her own, I’ve been anxiously awaiting for her story.

“I feel like the scrawny, mange-ridden dog left at the pound that never gets adopted.”

Sally is a perennial prankster, a rebellious, defiant submissive, who craves to be dominated but has lost all hope of finding a man who would give her what she so desperately seeks. Obedience is not her forte, and neither is trust, the lack of both traits being her biggest obstacle in achieving a satisfying D/s experience when playing at the Club. Her latest relationship disaster has made her even more wary and disillusioned, convinced that she would never find the Dom of her dreams who would cherish and love her for everything that she is.

“No one had ever wanted more from her than silence and service or entertainment.”

When Galen and Vance, FBI agents and new Masters at Shadowlands, take notice of Sally, they are irrevocably drawn to her vulnerability and disobedient streak, all along sensing that a deeply rooted emotional block in the young woman is disguising her true submissive nature. While she generously submits with her body, Sally guards her thoughts fiercely and without exception, never allowing Doms to truly get under her skin and never completely giving up control. As her past mistakes catch up with her, she finds herself under the protection of the two Federal Agents, in their house, in their bed and at their mercy. What starts as a casual and temporary living arrangement while she gets her life back together, slowly loses all its casualness once Galen and Vance realise that Sally might just be the very woman they have both been looking for but never hoped to find.

“After being in the FBI so long, I forgot a woman can be destroyed by more than the fists and bullets.”

Vance and Galen are not two ordinary Doms – best friends and closer than two brothers would be, they not only share domestic arrangements, they share and co-top subs, their dynamic being an uncommon one, but one that works for them both. An inherent lack of competitiveness between them helps in the equation, never fighting for the affections or favour of the women they bed together and always in sync with their sexual appetites. Determined to help Sally exorcise the demons from her past, they start a slow process of “therapy”, where by taking away Sally’s control in the bedroom and pushing her to her limits, they gently but persistently help to remove the emotional shackles preventing her from opening up and actively seeking happiness.

“A person might mature, but the vulnerable child inside would never entirely leave.”

With the usual element of danger further complicating the plotline, coupled with the characters’ slow realisation of growing feeling for each other, we get to watch the trio develop unbreakable bonds between them and become a family. As in all previous instalments, the happy ending fits the characters in question and, on this occasion, it pushes the envelope of socially accepted relationships one step further. Somehow, Ms Sinclair manages to give us a polyamorous storyline and make us perceive it as nothing out of the ordinary. All we see are three consenting individuals who love each other, want the same things in life, and are willing to seize the unique happiness they have found in one another. No prejudices, no judgement and no preconceived ideas of right or wrong are welcome here, but then you wouldn’t be reading a Cherise Sinclair novel if you didn’t have an open mind in the first place.

As much as I enjoyed this story, I have to admit that it didn’t make me tingle as much as I hoped it would. I am not sure whether the whole human trafficking angle works so well for me, whether something has changed in me since the last book in the series, or whether there is something truly different in this instalment, but I did not connect with all the characters like I normally do. There was something in their D/s dynamic that bothered me continuously this time around – perhaps the bipolar behaviour of the heroine, fearless one moment and weak the next, or her almost child-like behaviour at times, or maybe even the way their sexual encounters were used as means to an end rather than true expressions of their sexual proclivities, not to mention the overwhelming resorting to “punishment” whenever they hit a bump in the road or Sally made a single wrong move. I felt that control was taken away from her not just during sex, but also in everyday matters. The heroine’s past traumas were believable and heartbreakingly real, her need to be loved, to please others and never be resented by her two Doms made me protective of her and hopeful in her recovery, but her frequent and relentless tendency to overreact and jump to conclusions also made me frustrated with her. As much as I loved her, I failed to connect with her and that was the glue I needed to connect with the overall storyline.

Now, will I continue craving more of Ms Sinclair’s delicious stories? You can bet on that. Did I enjoy this book? Yes, but the standard has been raised so high by some of the previous instalments that, for me, it simply missed the bullseye on this occasion.

“You are a gift I never expected.” 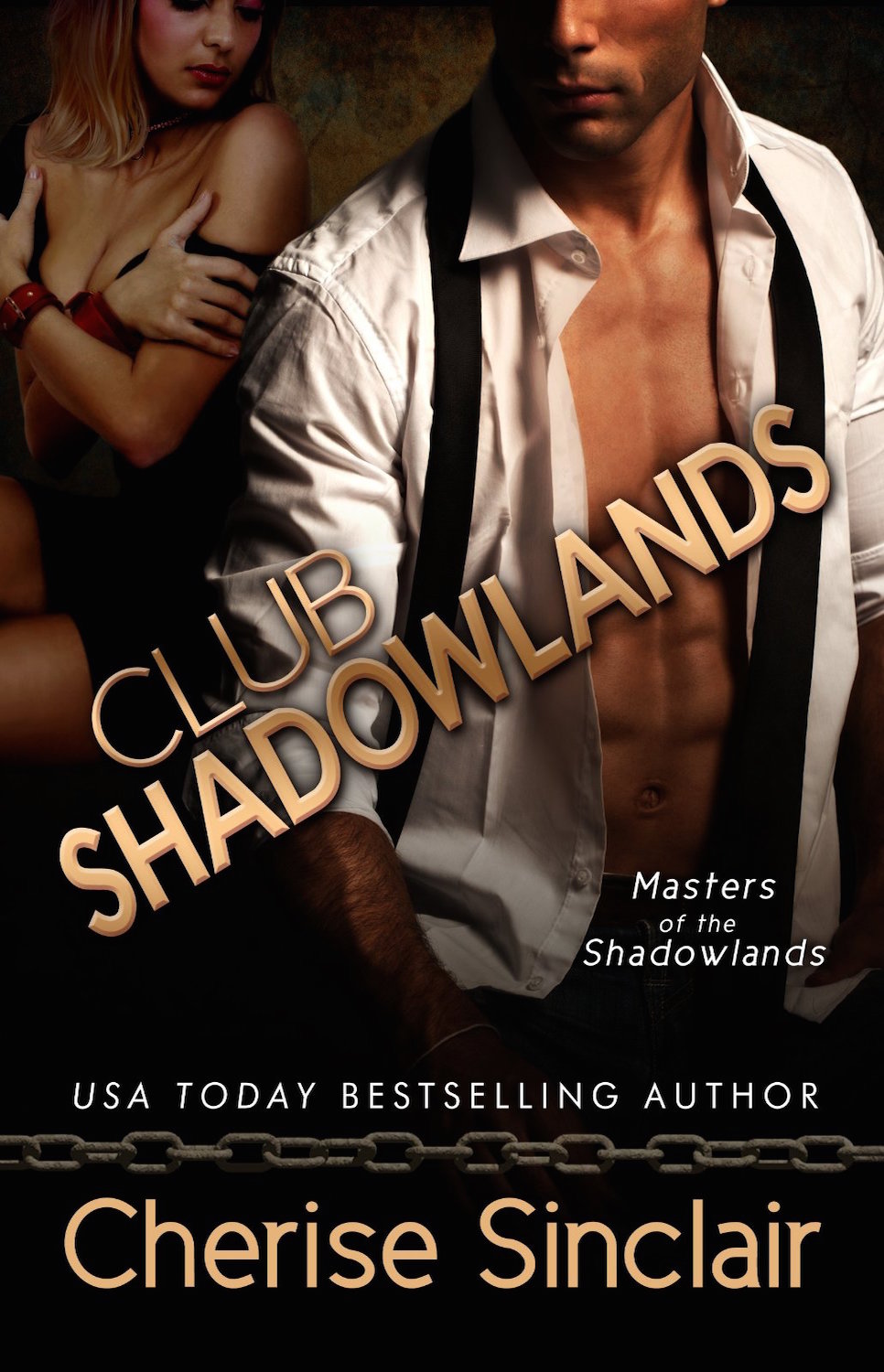 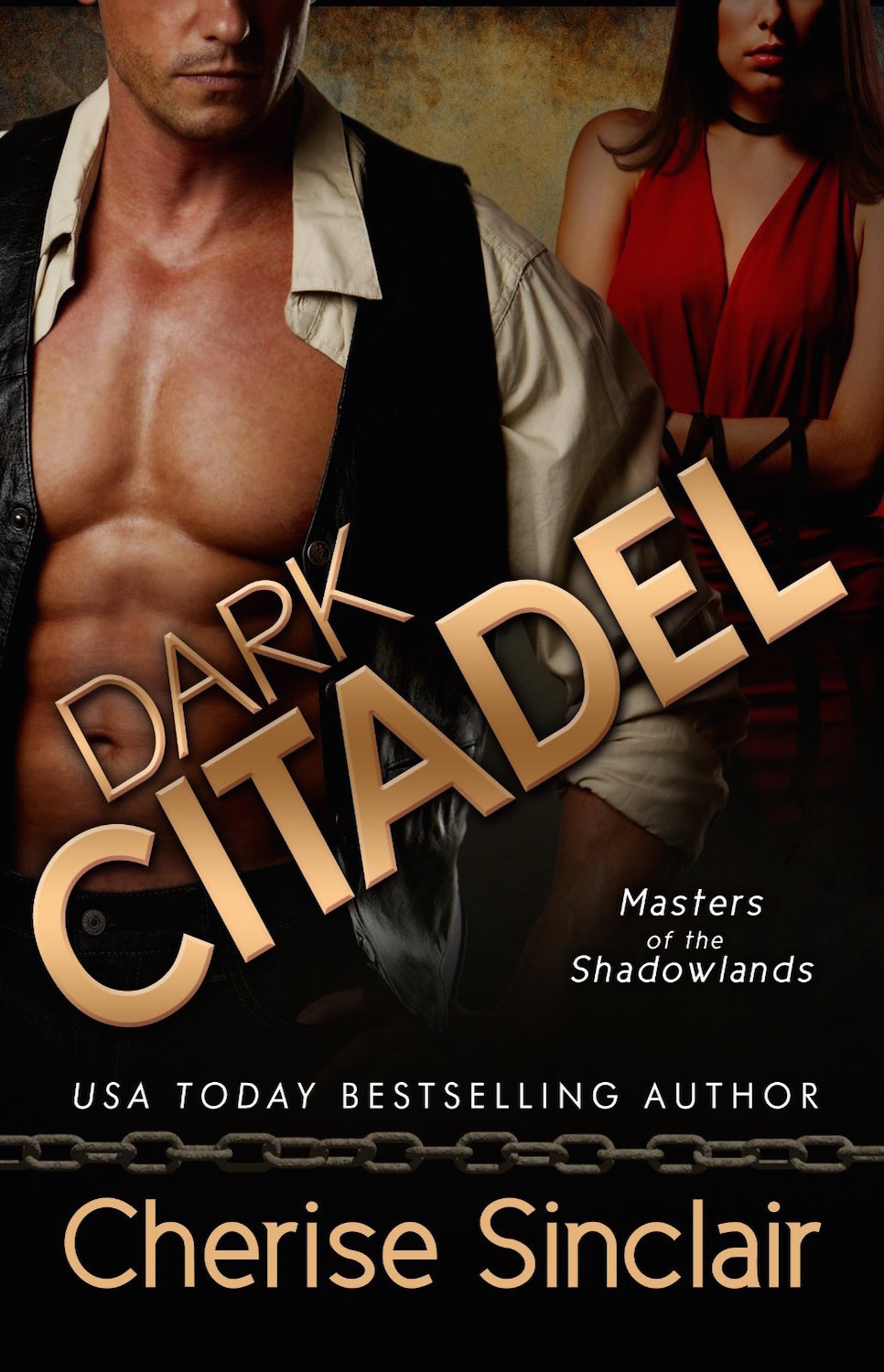 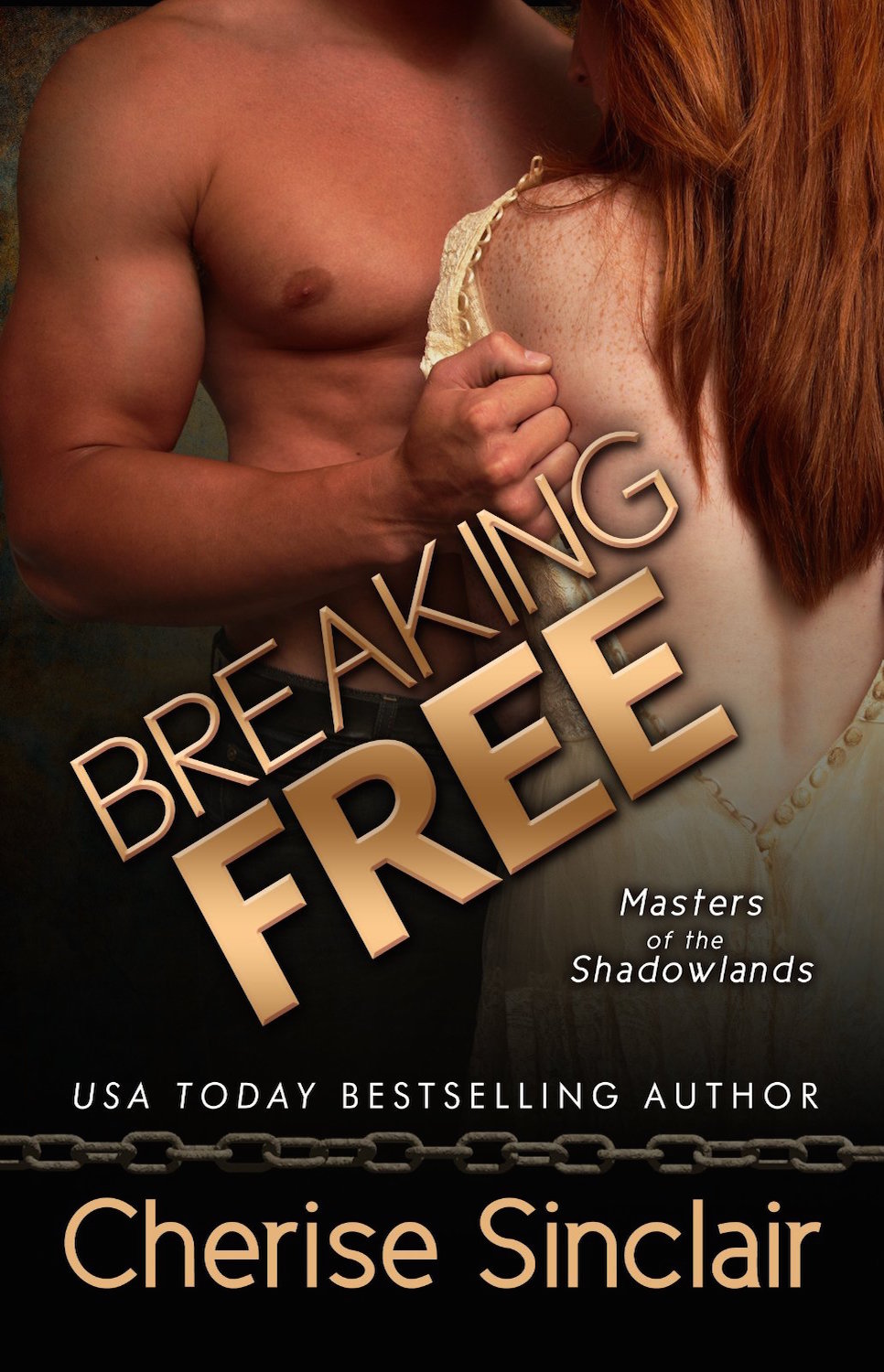 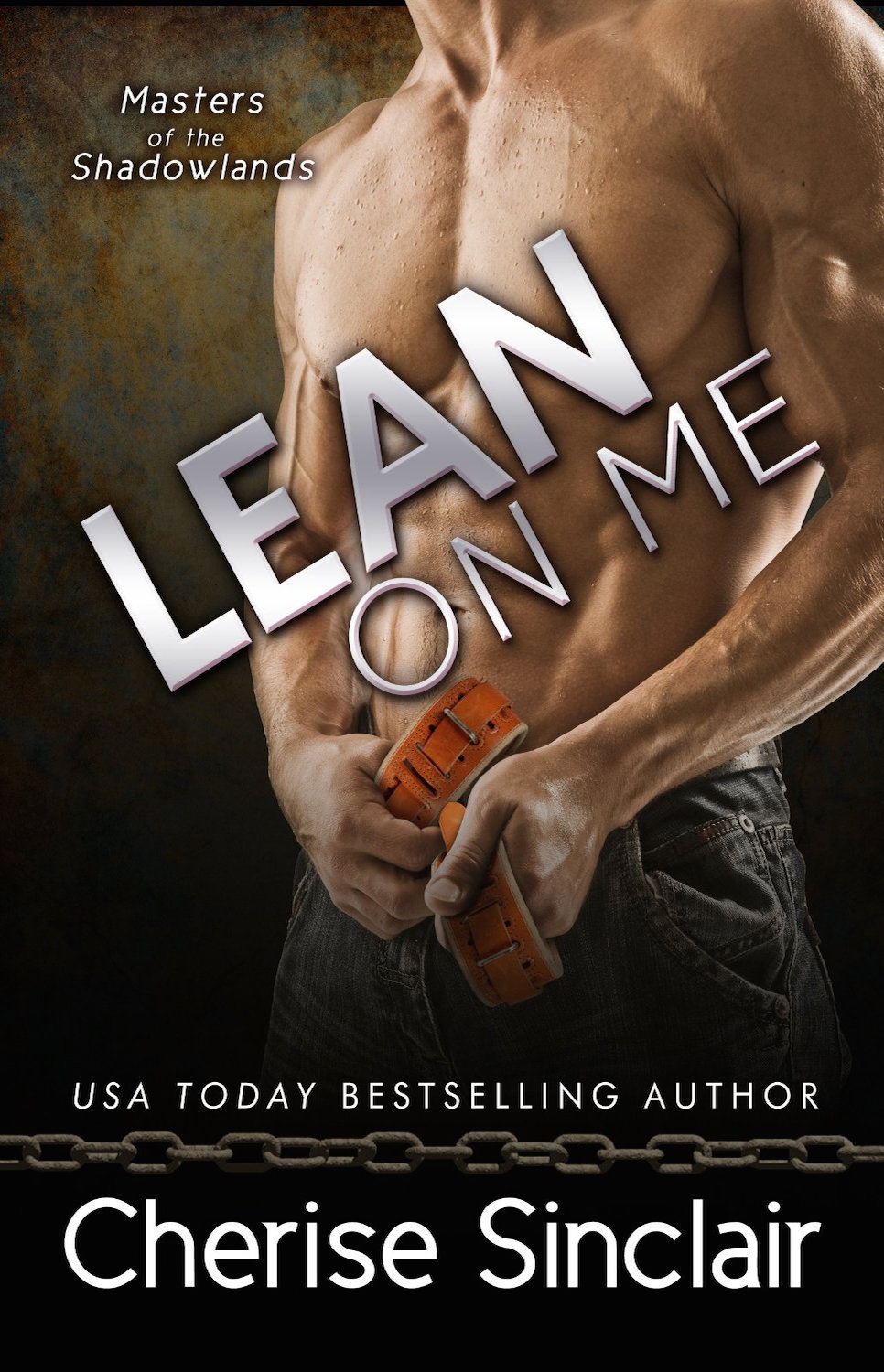 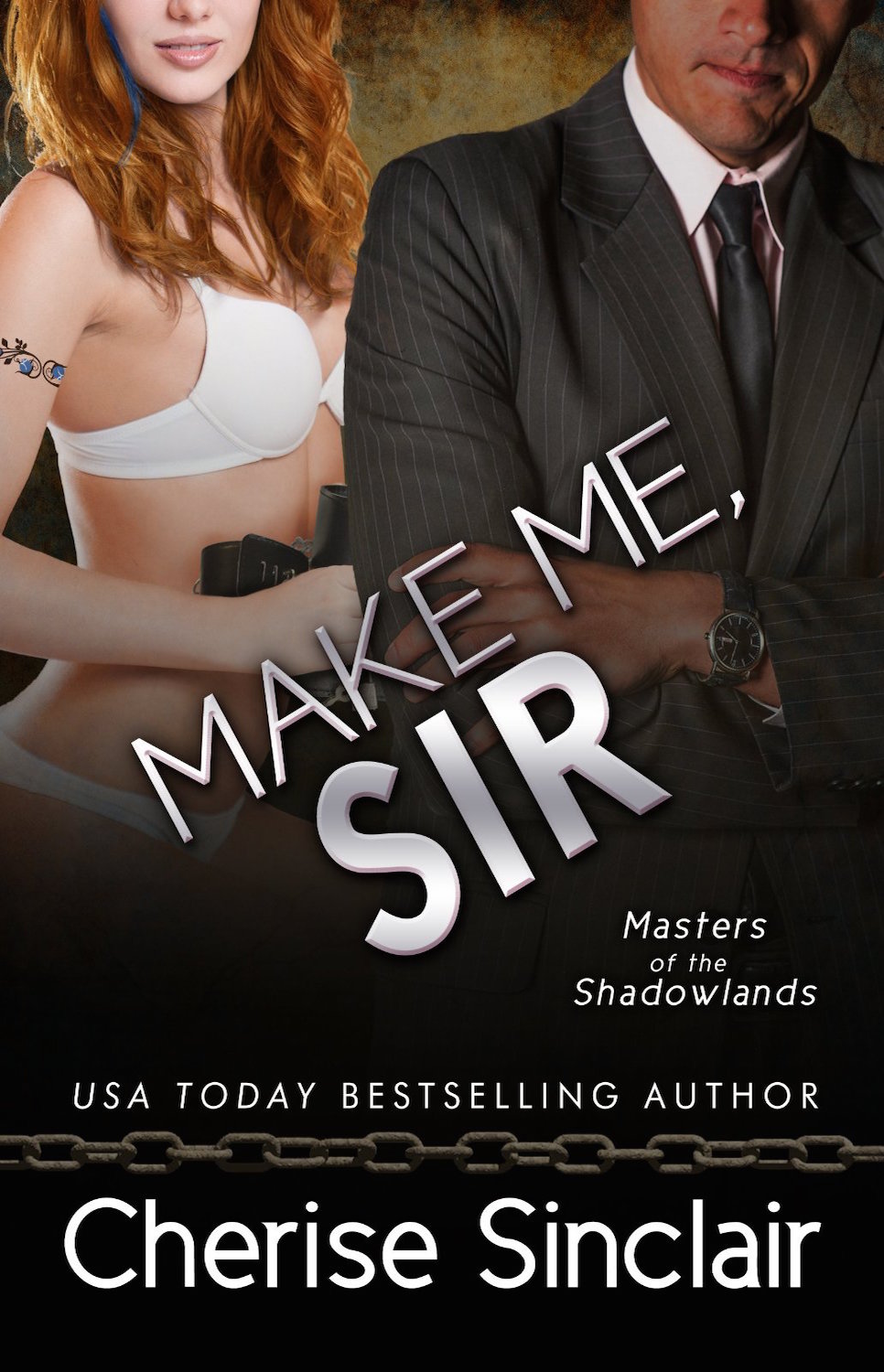 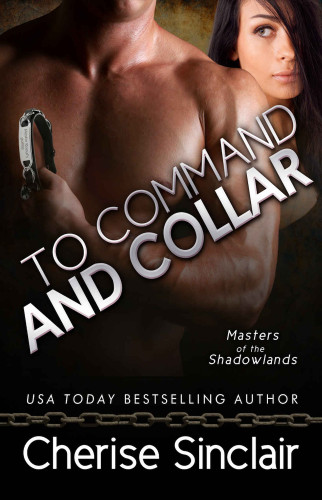 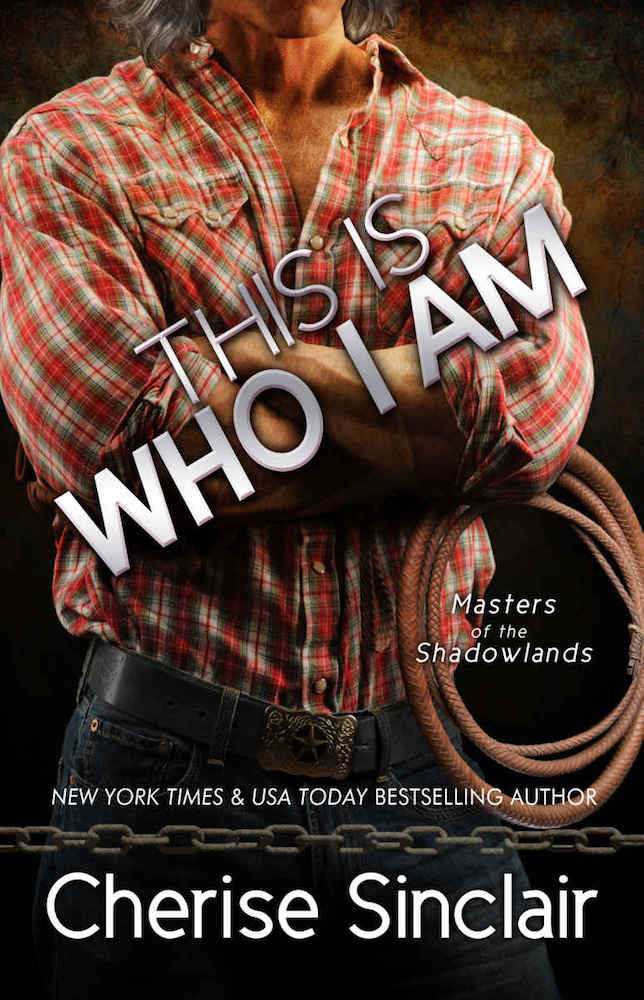 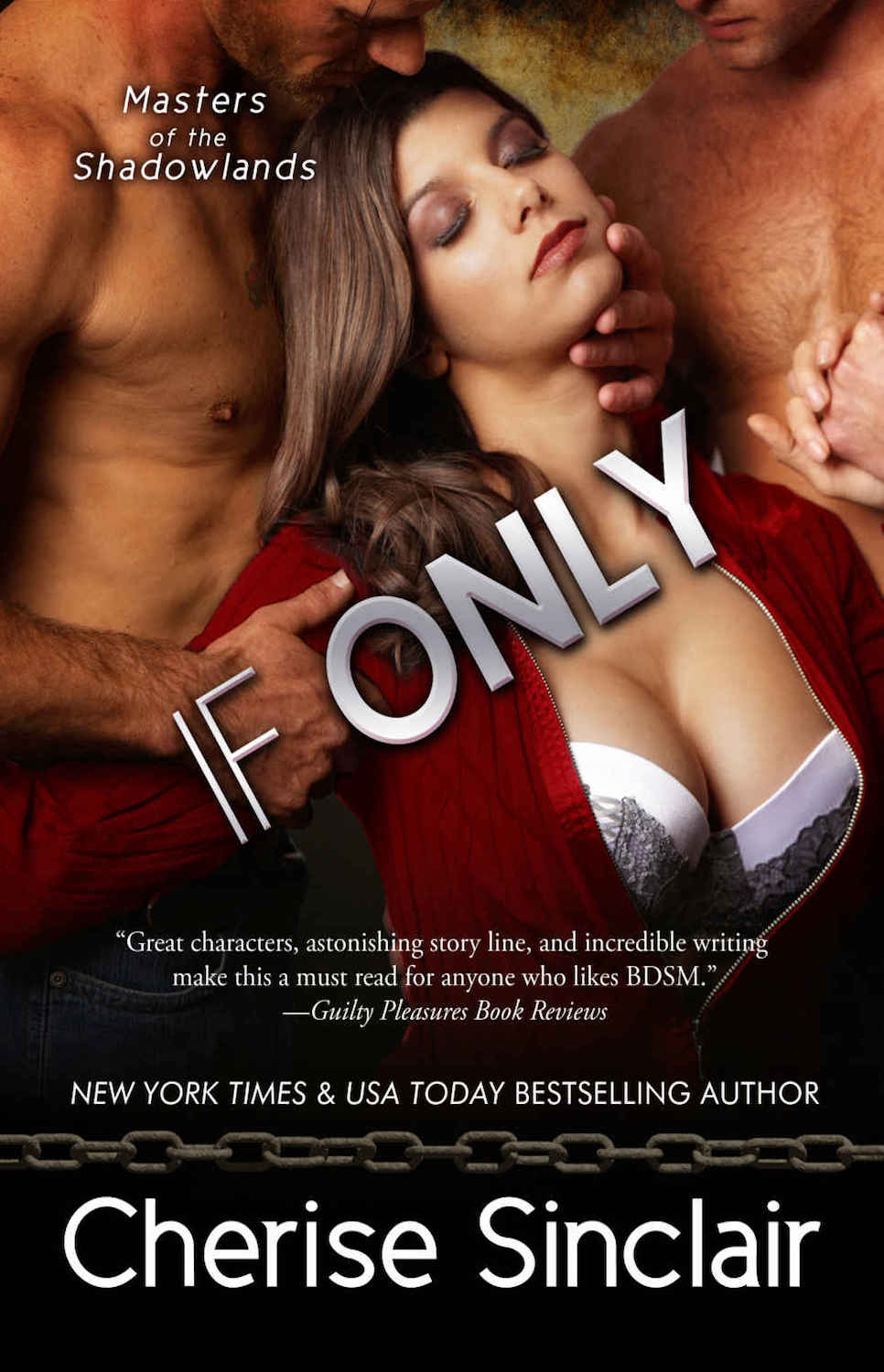 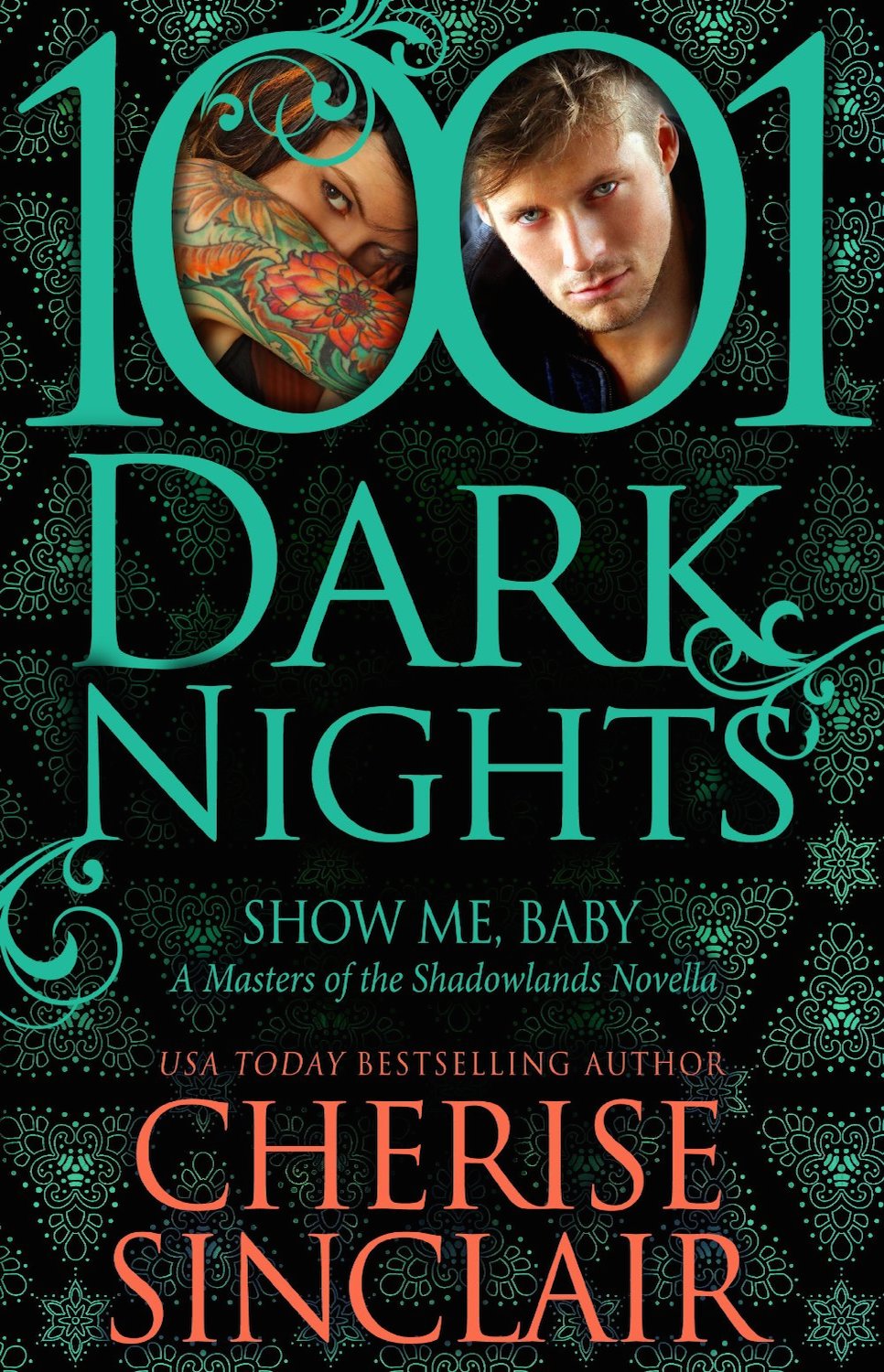 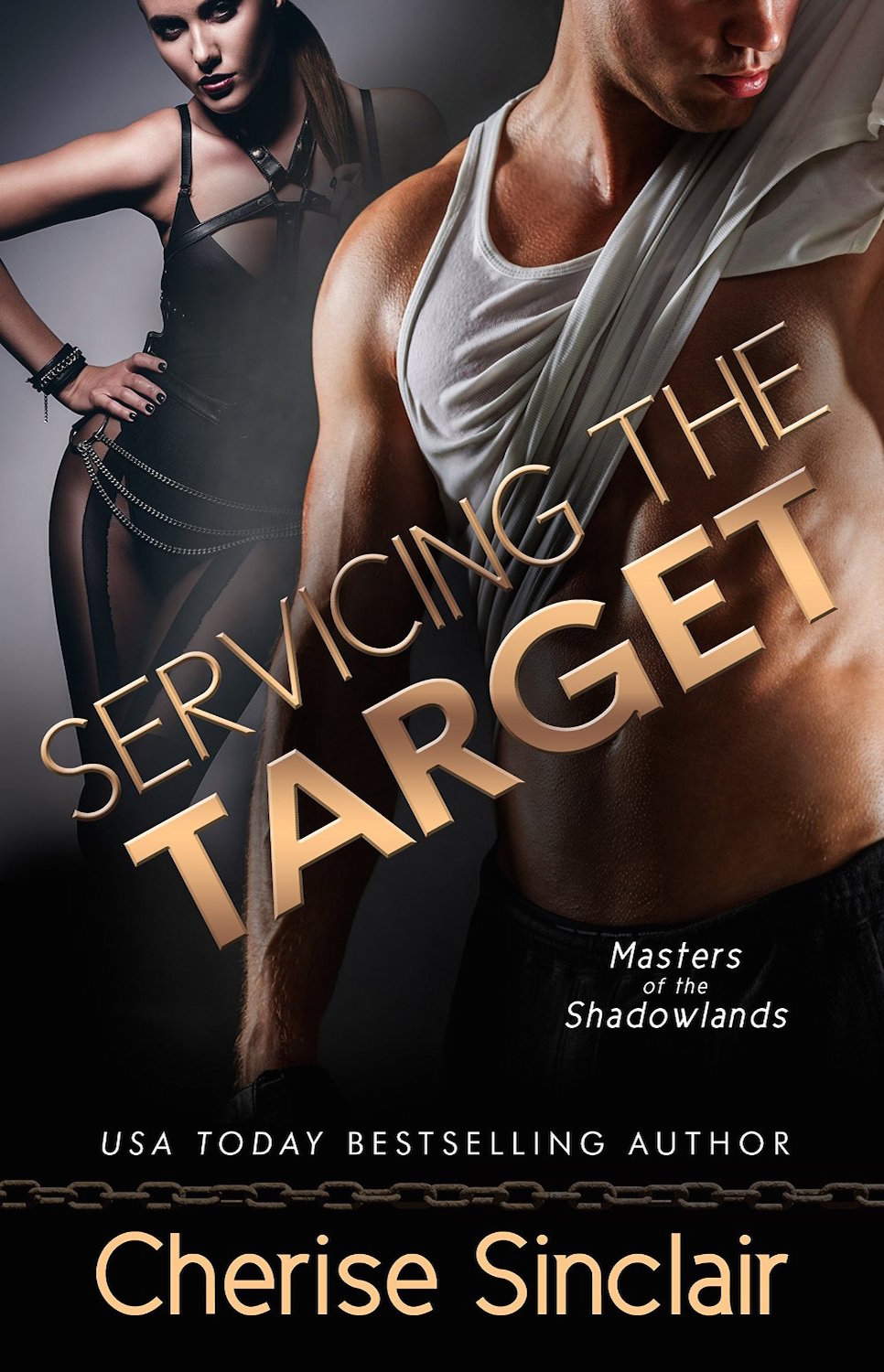 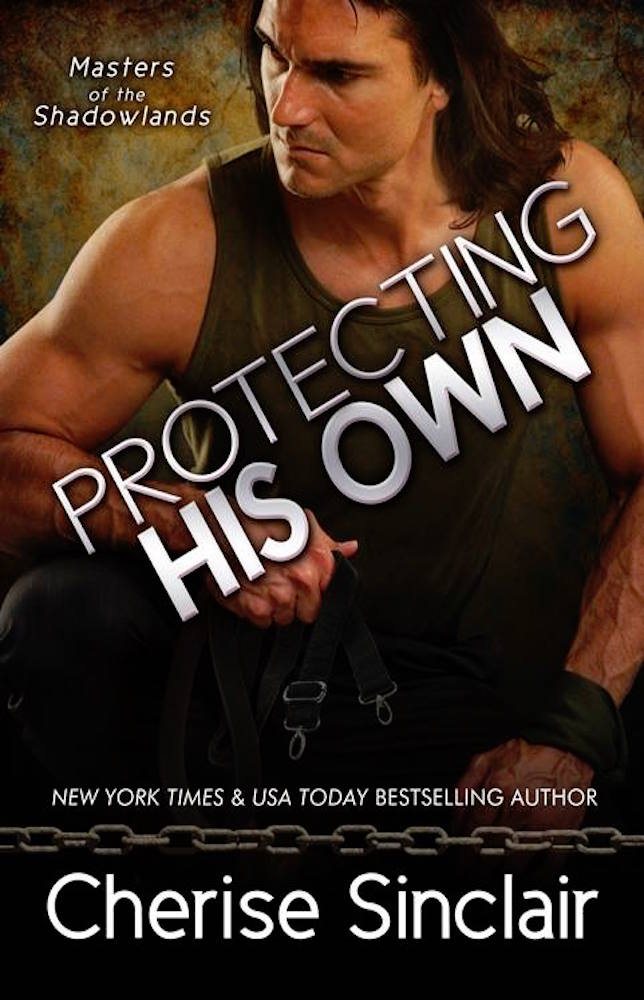 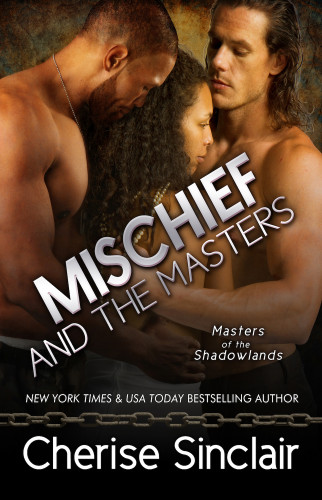 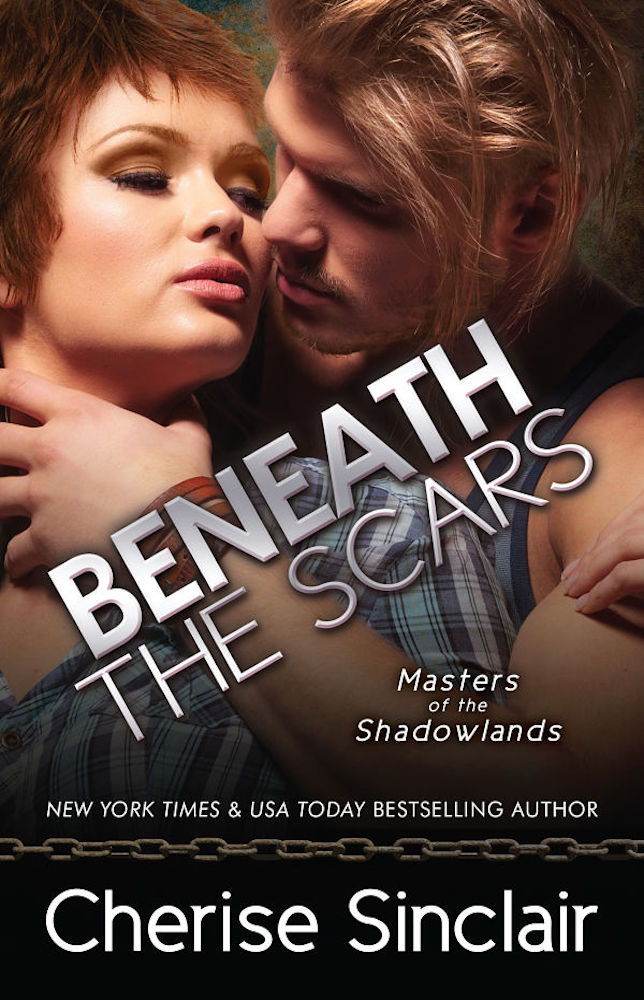 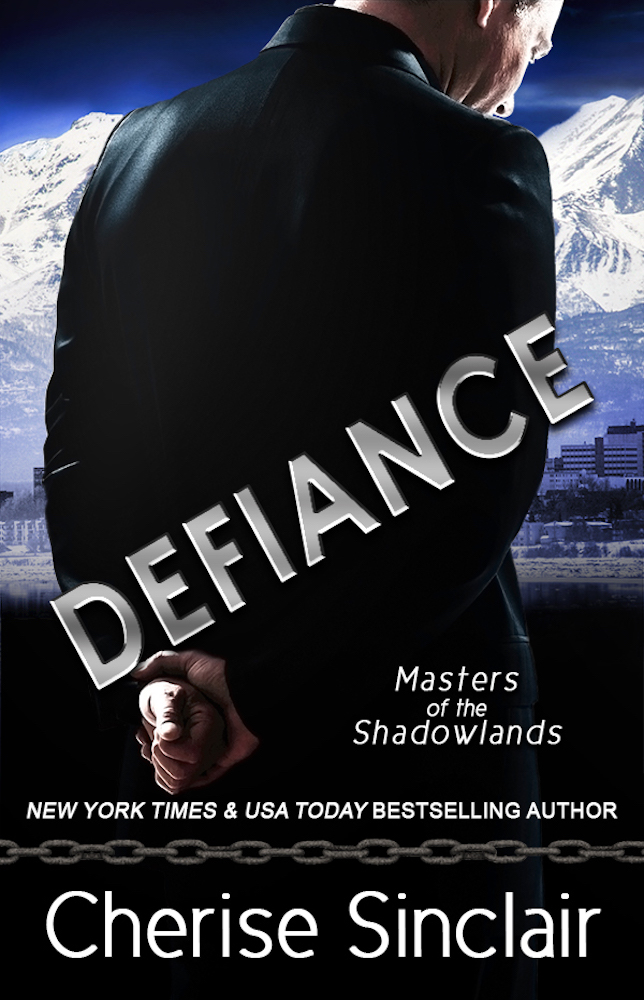 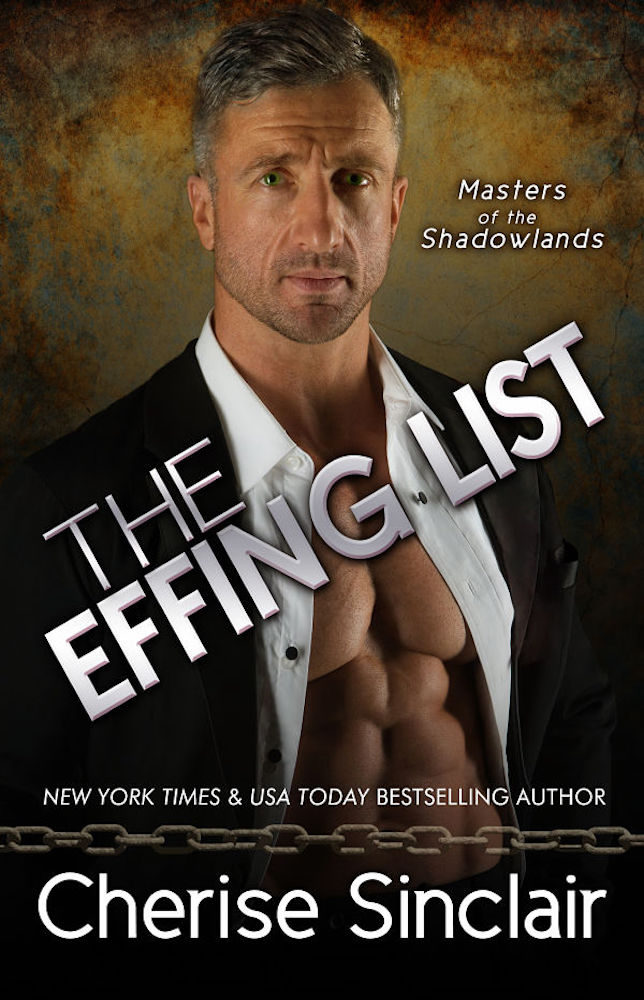