Try – verb: to make an attempt or effort to do something or in this case… someone.

Sex. Logan Mitchell loves it, and ever since he realized his raw sexual appeal at a young age, he has had no problem using it to his advantage. Men and women alike fall into his bed—after all, Logan is not one to discriminate. He lives by one motto—if something interests you, why not just take a chance and try?

And he wants to try Tate Morrison.

Just coming out of a four-year marriage with an ex-wife from hell, a relationship is the last thing on Tate’s mind. He’s starting fresh and trying to get back on his feet with a new job at an upscale bar in downtown Chicago.

The only problem is, Tate has caught the unwavering and unwelcome attention of Mr. Logan Mitchell – a regular at the bar and a man who always gets what he wants.

Night after night Tate fends off the persistent advances of the undeniably charismatic man, but after an explosive moment in the bar, all bets are off as he finds his body stirring with a different desire than his mind.

As arrogance, stubbornness and sexual tension sizzles between the two, it threatens to change the very course of their lives.

Logan doesn’t do relationships. Tate doesn’t do men. But what would happen if they both just gave in and… tried?

As someone who doesn’t usually read m/m novels, diving into one is always a healthy combination of apprehension and excitement for me, purely because I can never predict how my body or my mind are going to react to it. This genre intrigues me, thrills me on so many levels, but I am still a newbie when it comes to drawing comparisons within that genre and I can only go by the way a particular book affects me personally. And, let me tell you, this book rocked my world! I was an excited bundle of tingles from the get-go and the tingles only multiplied as I kept reading. This story was my guilty pleasure and I loved every delectable moment of it.

“What do I need to get you into my bed?”

Logan is a man whose good looks and charming personality have made him accustomed to getting anything and anyone he’s ever wanted. The revolving door of sexual partners, both women and men, that he beds and then leaves satisfy the most carnal of his needs, but he is never left feeling anything more than physical satisfaction from those commitment-free encounters. Logan is not a relationship guy and he is not ashamed of it. And the last thing he ever expected is to be attracted to a man who not only does not welcome his advances, but he openly resents them.

“I don’t care if I have to be here every f*cking night. I’m going to have him.”

Tate is a bartender at Logan’s usual after-hours hangout, and he is as straight as they come. Recently separated from a woman who only made him even more wary of love and relationships, Tate is equally fascinated as he is uncomfortable with Logan’s blatant interest in him. From the first moment they meet, Tate’s mind is torn between what he thinks he should feel and what his body cannot help but feel every time he is near Logan. Every sensation, every illicit fantasy, every ‘what if’ scenario torment him and occupy his every thought. Everything Tate ever believed to be true about himself has been replaced by doubts, and Logan’s relentless temptations only make his inner battle even more testing.

“It’s like you expect me to flip a switch and just accept that everything I ever believed about myself has changed, and that I should be okay with that. Do you know how insane that is?”

When Tate finally gives in and succumbs to what his body demands of him, he commences an exhilarating journey of sexual re-awakening, where his every new sexual experience eclipses all that he has ever felt, wanted, craved. He is as apprehensive as he is curious about his hurtling feelings for Logan, his fear never being born out of intolerance or closed-mindedness, but rather out of mere confusion from having to redefine his entire sexual identity.

“I see reckless. I see untrustworthy. I see someone that I’m terrified to take a risk on because I don’t know if he’ll be there to grab my hand if I jump off that cliff.”

They are each other’s catalyst, but also each other’s anchor. They give each other a reason and the confidence to feel what they’ve never felt before, to be vulnerable in each other’s arms, to face the world around them, while their bodies indulge in every fantasy their minds have time to conjure up. And we, as readers, get to witness every delicious second of it.

“You make me want things that I’d forgotten I wanted.”

I don’t believe this story was designed to address sexuality one way or another, to break new ground in the genre or offer a lesson to learn. I believe this story’s intent was primarily to tantalise and thrill the reader, to give us a very sexy joyride that, in a way, bridges the gap between m/f and m/m erotica. I think that more seasoned readers of the genre might find this book to be too one-dimensional when it comes to addressing homosexuality, but I stand by my belief that this book was never designed to start a discourse on homosexuality in the first place. The focal point of the storyline is the overwhelming attraction between the two main characters, not the repercussions of that attraction or the social consequences of taking that attraction to the next level. Logan and Tate, in a way, exist in a bubble where everyone around them accepts their relationship open-mindedly and questions its validity as they would question any other relationship. Tate’s family is an exception, but that element is only skimmed over in this instalment. This is not a ‘coming out’ story or a story about the challenging social aspects of a homosexual relationship – this is a story about two people whose unexpected but undeniable sexual chemistry ignited their connection, but whose courage and resolve to take it to the next level gave them a chance at a happiness neither of them ever expected to find.

If you allow yourself to take this book at face value and just let yourself enjoy the irresistible ride, you’ll be thrilled to the core. I am happy that we are getting more of Logan and Tate in the upcoming sequel, Take, where I hope that further insight into the characters will give us even more reasons to fall in love with them. I commend Ms Frank on a splendid venture into a new genre, forever thankful for giving us a book that will only make some of us even braver to dip our toes even deeper into this addictive whole new world.

“I want the man who sat across from me and changed the way I look at the world.”

Funny, but ever since he’d met Logan, he couldn’t decide whether he wanted to punch him in the mouth or dive inside for a taste—and right this second was no different. All Tate could think about was pushing his cock between those smart ass, arrogant lips and making the guy shut up. But thinking it and asking for it, were two totally different things. So he remained stubbornly silent as Logan continued to hold him captive with his warm palm and taunting stare.

Tate shook his head as Logan crowded down over him and braced his free hand on the armrest. He could feel Logan’s breath in a hot sigh by his ear as he stroked his fist up Tate’s length in a slow, torturous pull, “Do you want me to suck your cock, Tate?”

Letting out a groan of pure frustration, Tate turned his head so he was nose to nose with Logan. As he stared into devilish blue eyes, his whole body vibrated against the couch, and finally he gave in. 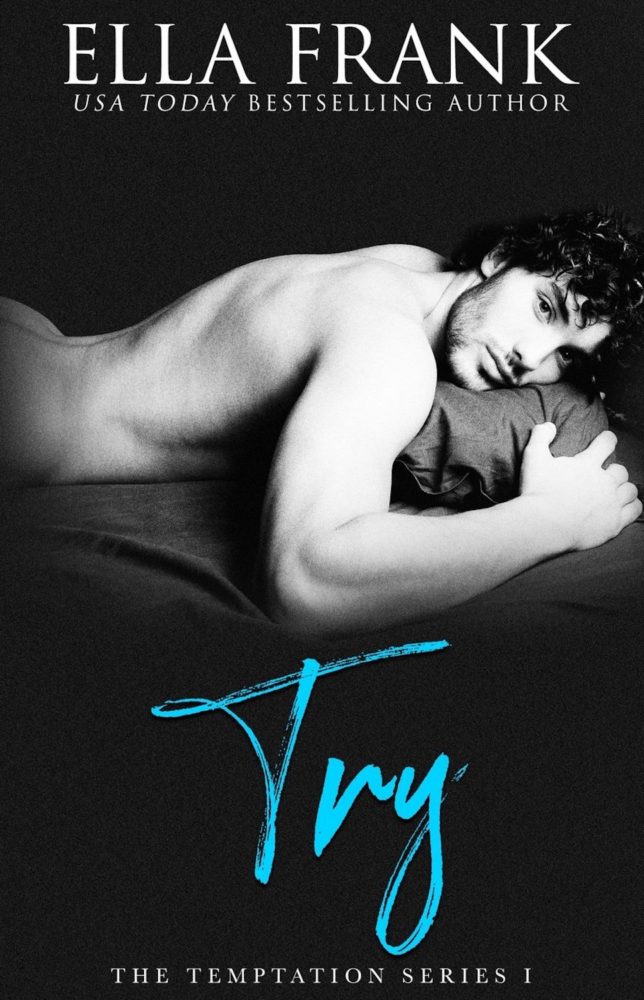 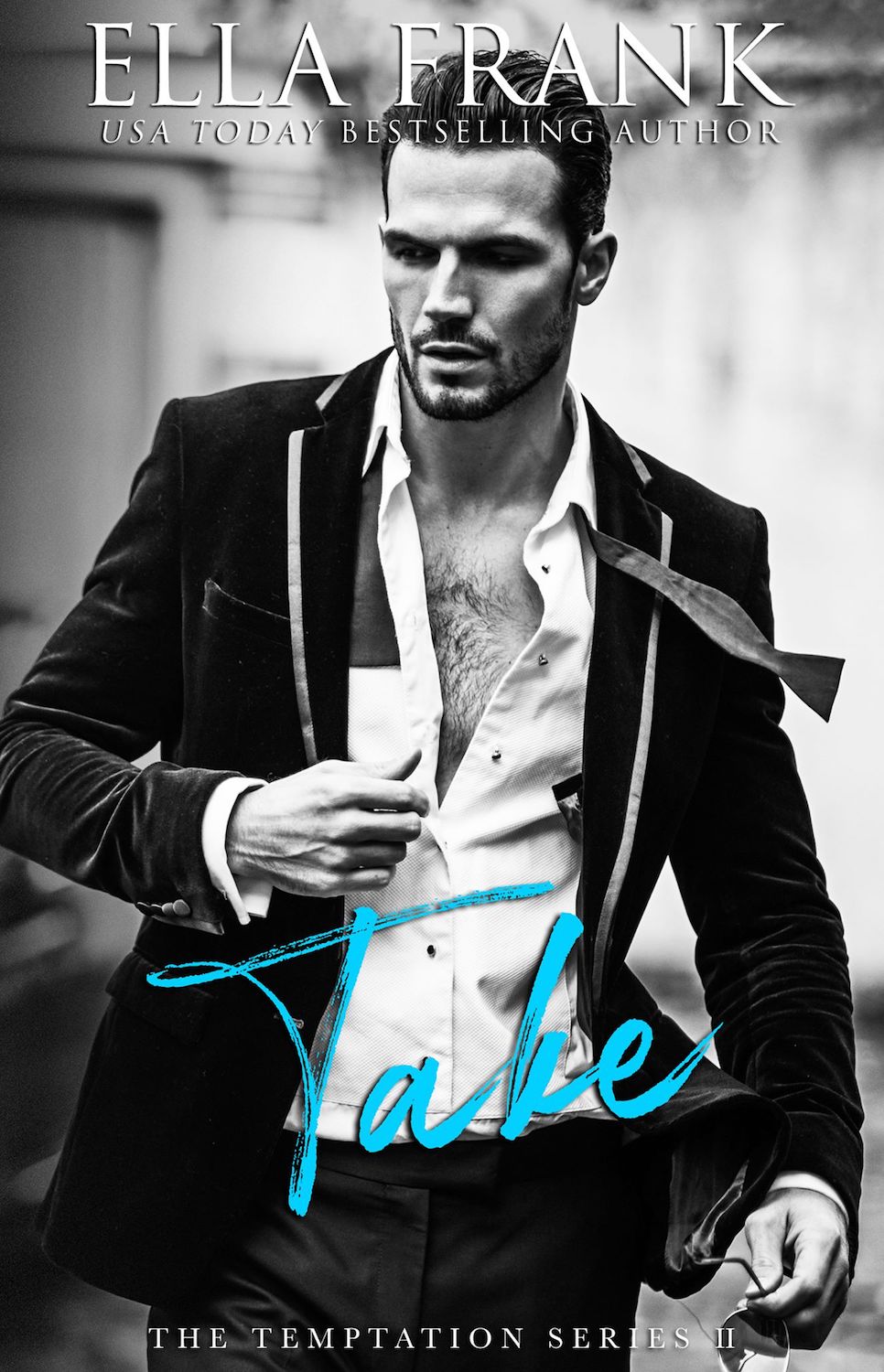 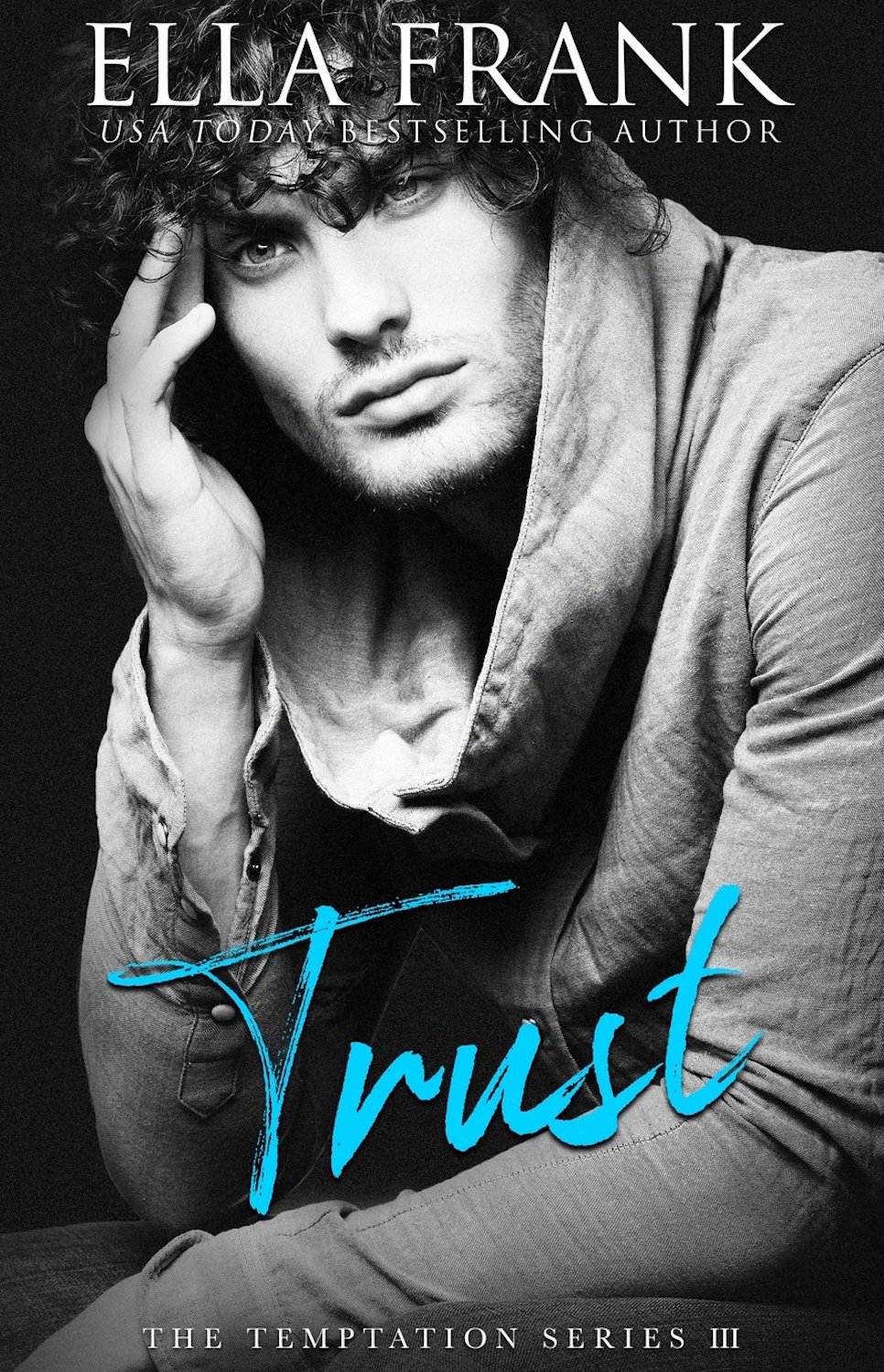 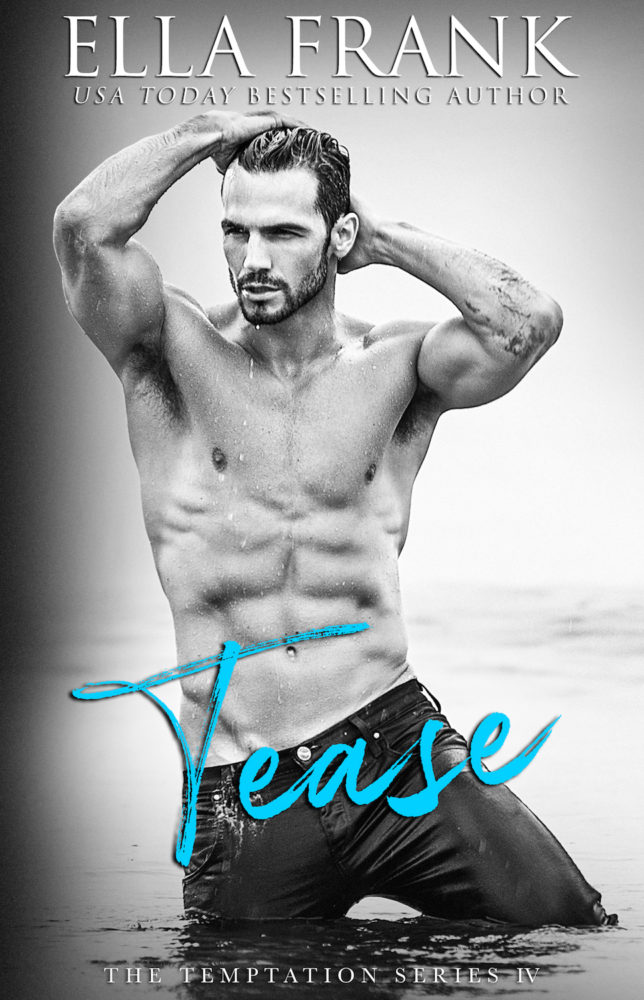 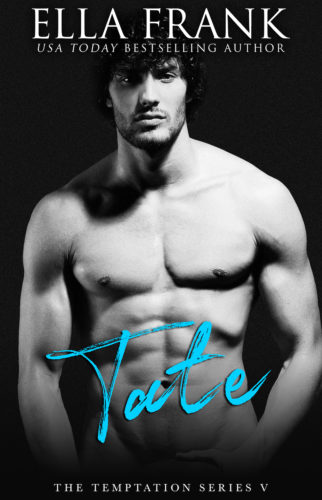 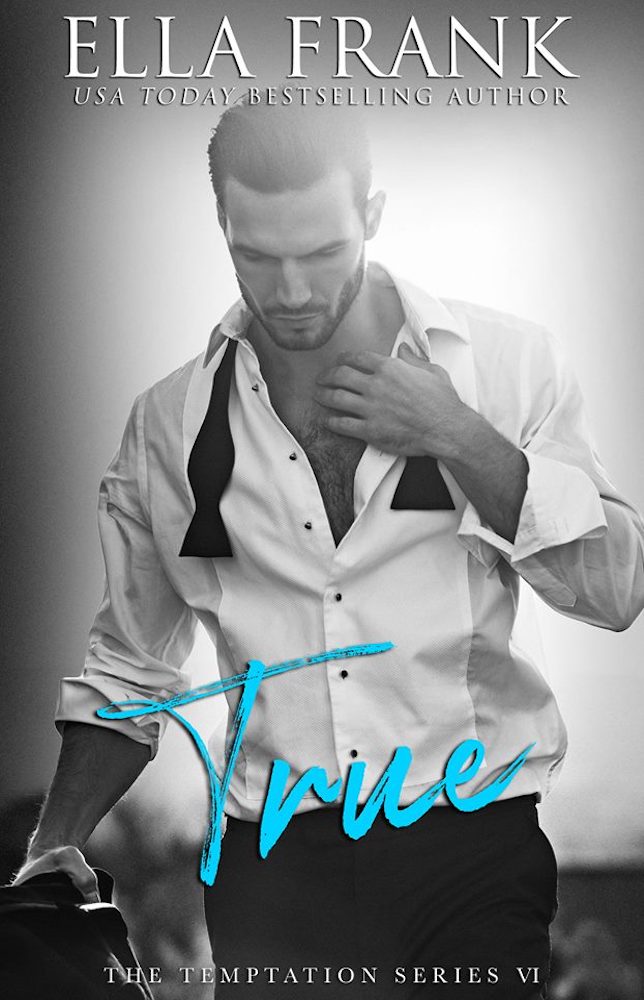 BOOK REVIEW: It Must Be Your Love by Bella Andre BOOK REVIEW: Before We Fall by Courtney Cole

After a week of finishing the book, I’m still getting shivers whenever I think of Logan and Tate. :D They rocked my world, too! With Logan, it’s expected. Tate… OMG! He blew my mind! Getting a glimpse of Cole every now and then gave me happy thoughts, too.

P.S. Since you’ve “tried” Try, you may want to venture out and fall in love with Ty and Zane (Cut & Run series).