Professor Gabriel Emerson has left his position at the University of Toronto to embark on a new life with his beloved Julianne. Together, he’s confident that they can face any challenge. And he’s eager to become a father.

But Julianne’s graduate program threatens Gabriel’s plans, as the pressures of being a student become all consuming. When she is given the honor of presenting an academic lecture at Oxford, Gabriel is forced to confront her about the subject of her presentation – research that conflicts with his own. And in Oxford, several individuals from their past appear, including an old nemesis intent on humiliating Julia and exposing one of Gabriel’s darkest secrets.

In an effort to confront his remaining demons, Gabriel begins a quest to discover more about his biological parents, beginning a chain of events that has startling repercussions for himself, Julianne, and his hope of having a family.

It is hard to believe that it’s been almost two years since I read the unforgettable love story between the charismatic Professor Gabriel Emerson, the grumpy but very sexy Dante specialist, and his beloved graduate student, Julianne, because every detail has remained impressed in my mind as if no time has passed. I can still recall the euphoria that I felt after reading these books, the awe, the allure, the genuine astonishment at a story that was so unique, its prose so opulent, that it left me wishing it never ended. Getting another instalment in the series and returning to these characters has been nothing less than a dream come true.

The story resumes six months into their marriage, where we find our beloved characters more in love that ever. The young newlyweds have started their new life in a new city, Julia now a second year PhD student at Harvard, while Gabriel has accepted a professorship at Boston University. Their turbulent pasts have made them appreciate every blessing that life has bestowed upon them, their respect and adoration for one another being something neither of them could ever take for granted.

“Julianne was his guardian angel. She loved him, inspired him, made his house a home. But he could not shake the fear that Heaven had smiled on him only to bide its time before snatching her away.”

Both solitary creatures by nature, Julia and Gabriel have never had to open up and verbalise their feelings to anyone, and as they learn the ropes of a successful marriage, their biggest challenge is learning how to effectively communicate with one another. Julia is at the beginning of a promising career, paving her own way as a Dante specialist, but studying under a world authority in the field and sharing a last name with one prove to be two very different challenges. As she juggles her new role as wife and her demanding studies, every bump in the road is a new lesson they need to learn as a couple. But when two people are so unconditionally devoted to one another and determined to build strong foundations for their marriage, every disagreement becomes a lesson, every insecurity becomes a reason to prove one’s love, and every ghost from their past becomes a way to bring them even closer.

“I know he has his faults, but so do I. He’d give me the world if he could fit it in his pocket, and he never, ever, lets me fall.”

As Gabriel and Julia confidently navigate the marital waters of their new union, old foes try to pull them apart and taint their relationship, but their biggest trial are the inner demons that whisper in their ear at night, making them believe to be unworthy of happiness, doomed to fail or lose one another, or inherently too damaged to create a family. Their pasts have always been their biggest weakness, and only by confronting those painful memories and not running away from them any longer do they truly stand a chance of making a fresh start with each other.

While the previous two instalments in the series were the birth of Gabriel and Julia’s love story and all the bumps in the road they had to overcome to end up in each other’s arms forever, this third book is the story of their marriage, and the tests along the way. It is an awe-inspiring account of two people investing their all to make something that is ultimately foreign to both of them work and last, willing to make sacrifices, concessions, change their ways if it means making each other happy. This is a romance that inspires us to believe in never-ending love, redemption, compassion, forgiveness and kindness.

As much as I loved this last book, my initial reaction to it was a mixture of excitement and wariness – I was happy that we would revisit these characters, but uncertain as to where the story could be taken without losing some of its thrill – and in a way my initial reservations never left me. I am torn as to whether I personally needed this ‘extension’ to their happily ever after, and whether the fairy-tale was somewhat ‘too real’ this time around. Many of Julia and Gabriel’s everyday challenges felt too much of a departure from the overall tone of the previous books, while some were a repetition of old battles. I enjoyed it immensely, but I was constantly aware of the downfalls. Also, even though this series has always had a strong spiritual undertone, many theological themes are even more amplified in this book and I am not sure I felt entirely comfortable with their frequency or emphasis. Lastly, my biggest disconnection with the story is the one thing that I am personally most versed in, but did not feel the story needed to have, namely the endless and very detailed literary references to The Divine Comedy and related texts. Their frequency was overwhelming, page after page at times, and while I appreciate those works and their relevance to the storyline, I felt that the author did not need to be so ‘heavy-handed’ with their use.

Small objections withstanding, this was a very satisfying conclusion to a timeless love story that felt both real as well as fairy-tale-like. The magic between Gabriel and his beloved Julianne is palpable on every page, in the way words are almost poetically woven together to create a story that transcends time. If you’ve loved Gabriel’s Inferno and Gabriel’s Rapture, you will undoubtedly love this book too.

“Your love makes me brave.”
“That’s good, because I’ll keep loving you. Forever.” 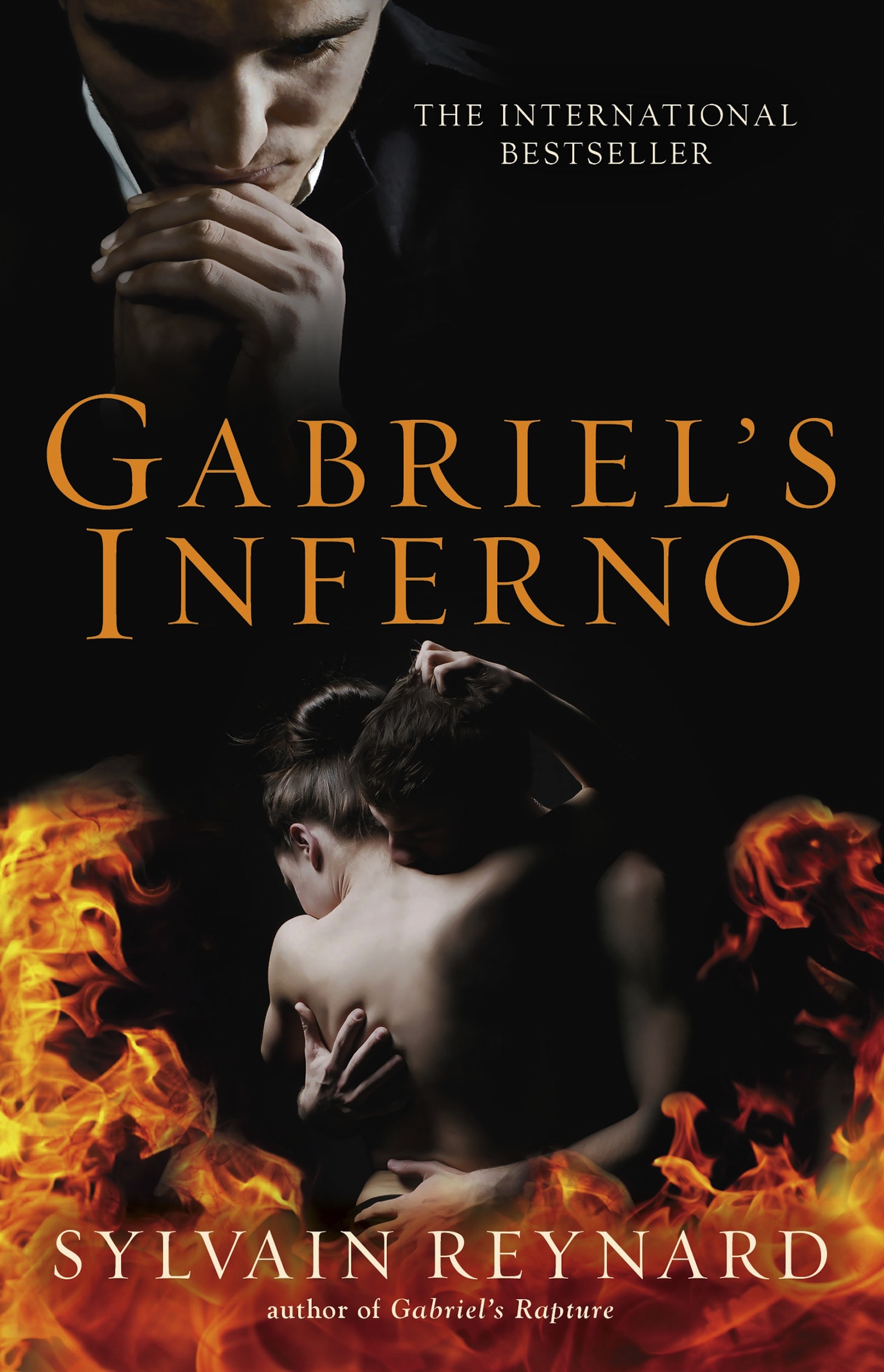 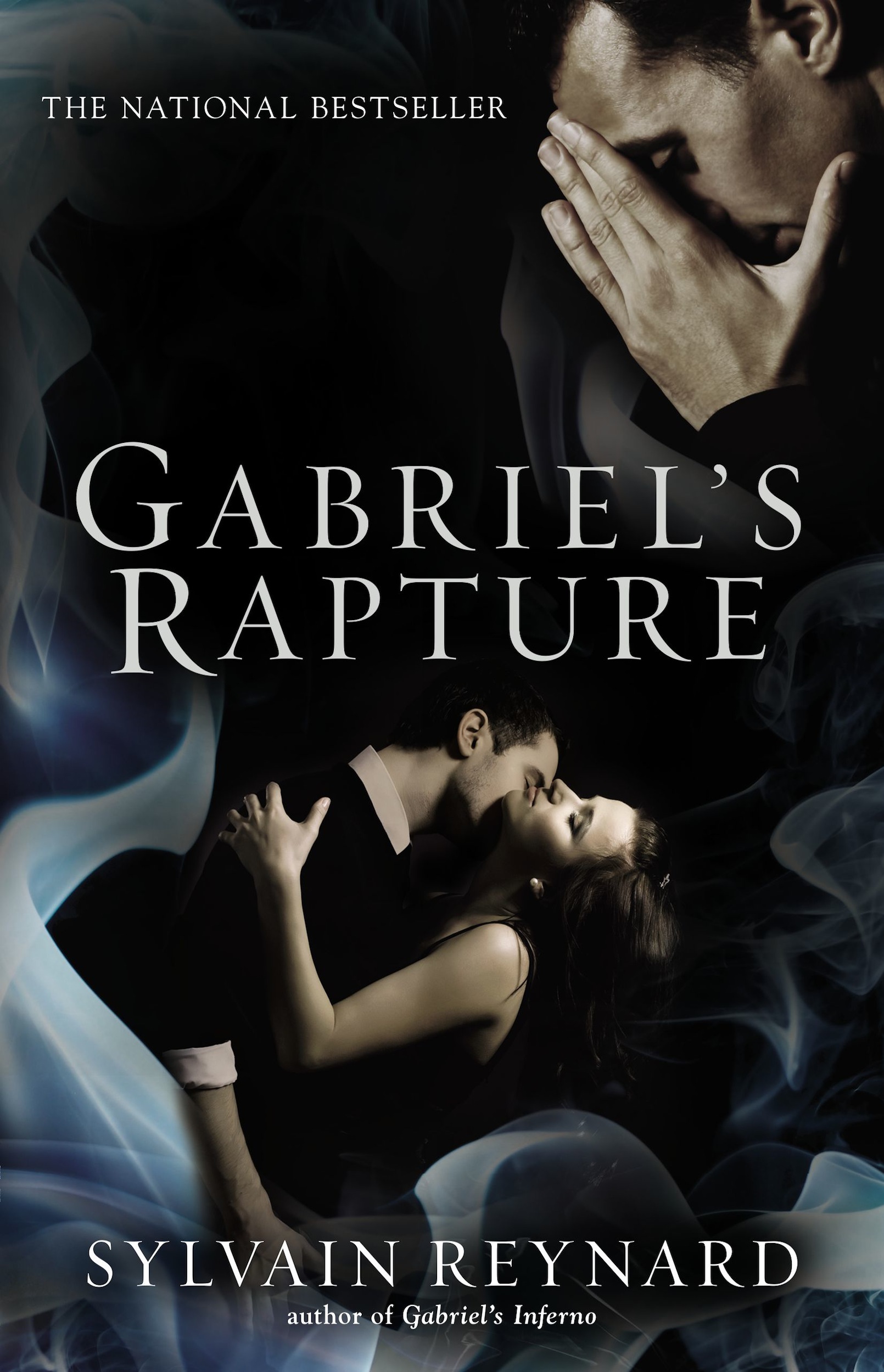 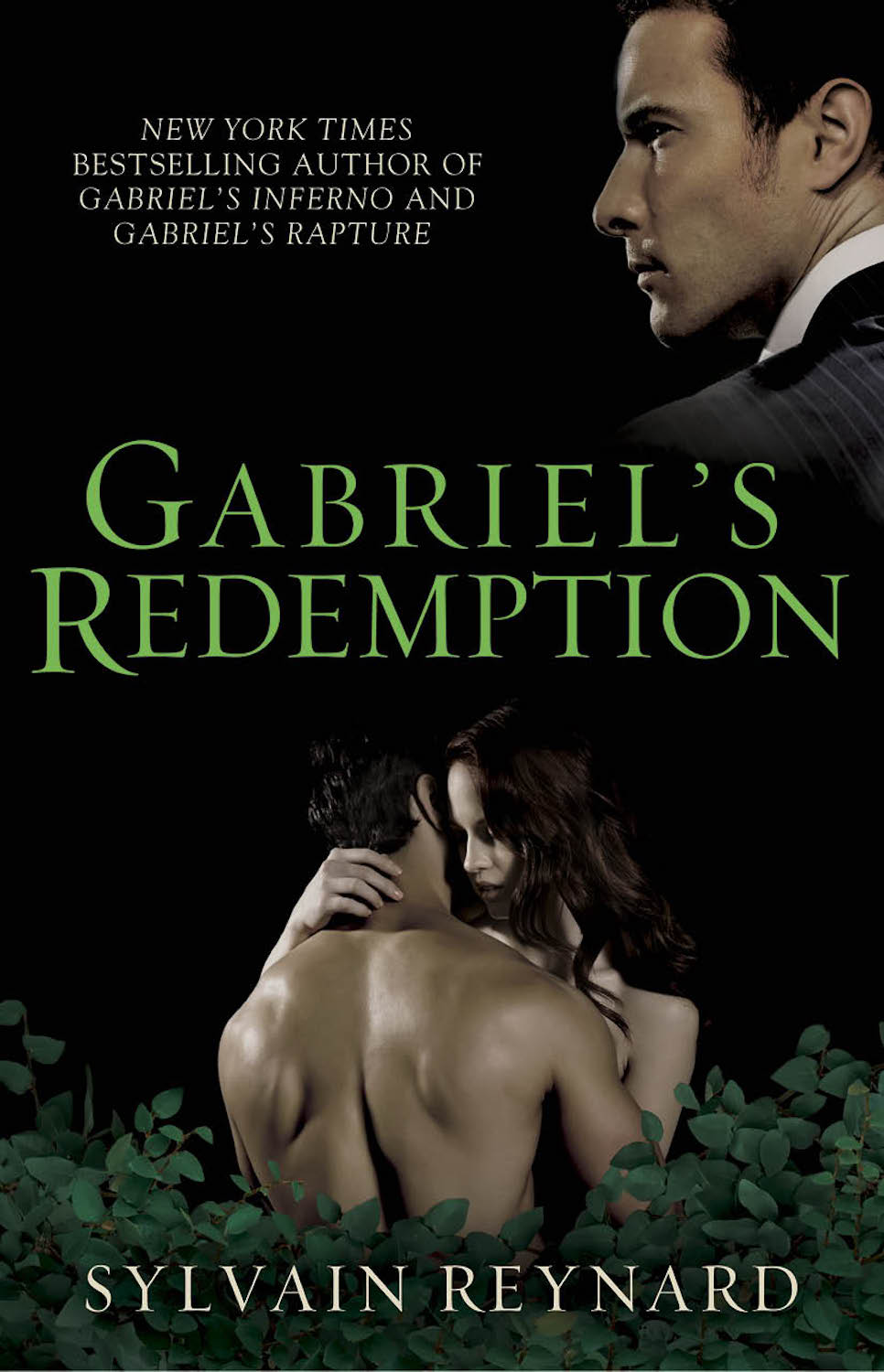 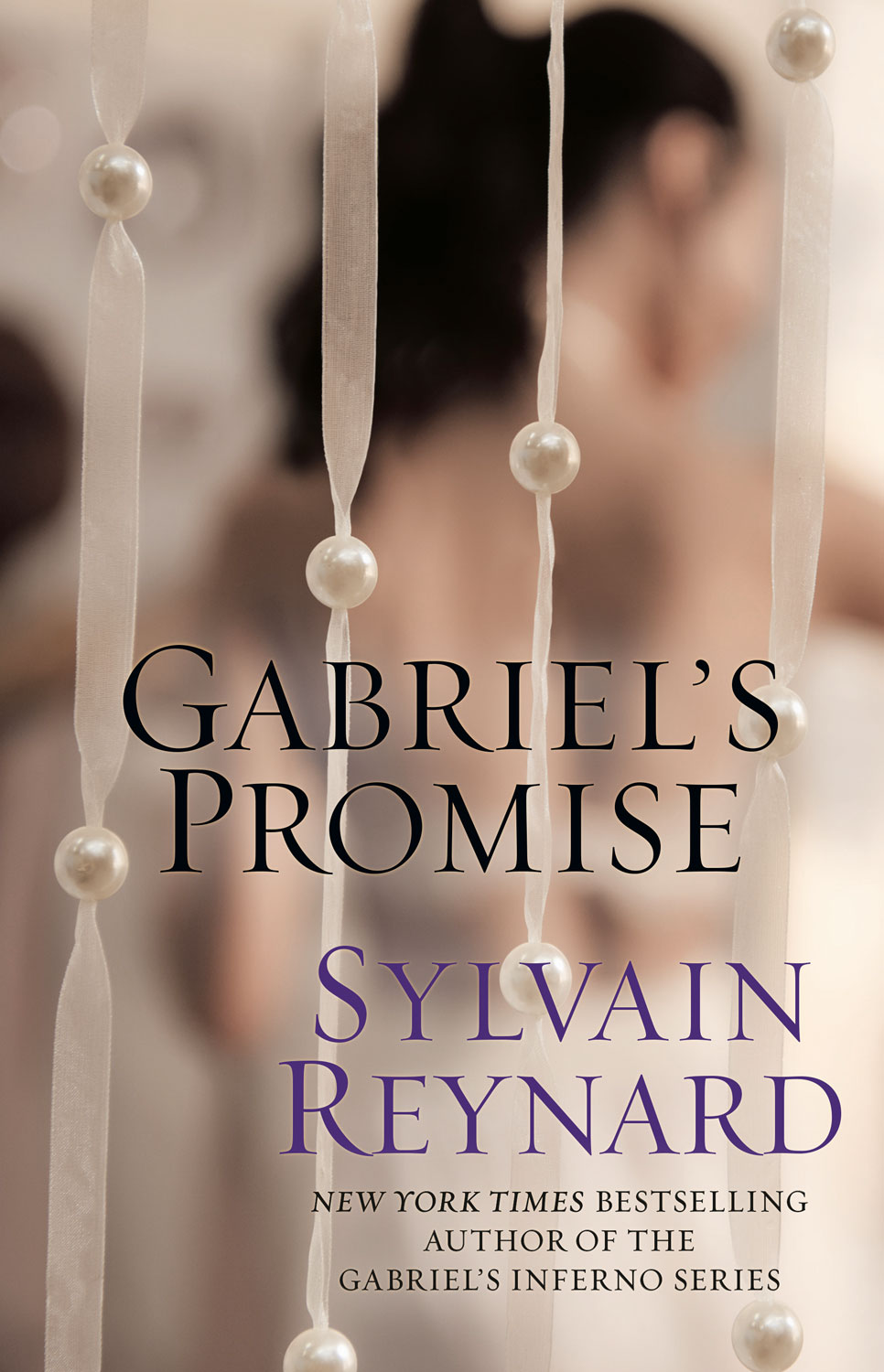