These are the men of Hard Ink.

Ever since hard-bodied, drop-dead-charming Shane McCallan strolled into the dance club where Crystal Dean works, he’s shown a knack for getting beneath her defenses. For her little sister’s sake, Crystal can’t get too close. Until her job and Shane’s mission intersect, and he reveals talents that go deeper than she could have guessed.

Shane would never turn his back on a friend in need, especially a former Special Forces teammate running a dangerous, off-the-books operation. Nor can he walk away from Crystal. The gorgeous waitress is hiding secrets she doesn’t want him to uncover. Too bad. He’s exactly the man she needs to protect her sister, her life, and her heart. All he has to do is convince her that when something feels this good, you hold on as hard as you can–and never let go.

BOOK REVIEW: Hard As You Can

“… her life was a house of cards, one light blow away from falling to pieces and disintegrating to nothing.”

There is nothing more exhilarating than discovering a new series that suddenly keeps you glued to its pages until the wee hours of the morning, unable to even blink away because your heart is racing so fast and your curiosity won’t let you quit. I have to say that when I first dove into this story, I already knew what a tremendous storyteller Laura Kaye is from some of her previous works, such as the very sexy novella Hearts in Darkness, but I never expected to embrace this story so passionately, to find it to be so riveting and unique, and to be craving more so soon… more of the fast-paced storyline, more of the characters, and more of Ms Kaye’s spectacular style of writing. This is one of the most well-rounded books I have ever read, such a brilliant combination of romance, action, suspense, and drama – it’s a book that has it all and it left me frantically flipping those last few pages wishing they’d magically multiply tenfold.

In the first book of the series, Hard As It Gets, we were introduced to the five dishonored Special Forces soldiers who are now on their last ‘mission’ together to salvage what is left of their reputation and to make some sense of the mystery surrounding their former commander’s criminal actions. While, in that book, their second-in-command, Nick, found his happily-ever-after in the arms of their former commander’s daughter, this story now centres around Shane, Nick’s best friend, and the woman he saves from a life of unhappiness and abuse.

“A man who refused to hit a woman. How freaking miserable was her life that a man such as that was so damn unique?”

During the team’s second rescue mission, they come across Crystal, a woman who appears to be nothing more than a waitress in a seedy strip club belonging to the man they are trying to take down, but the moment Shane lies eyes on her, he sees the pain hiding behind her subdued demeanour. And his saviour instincts immediately kick in.

“Crystal was well aware that much of her life was a lie, a charade, a play in a never-ending series of one acts wherein the climax determined whether she lived or died, remained free or got lost forever in the dark, seedy, underbelly of the world.”

Crystal is a woman with very few options in her life. Forced to work off her father’s debts and stuck in an abusive relationship with one of her boss’ main goons for the sake of her sister’s health and safety, she counts down the days to when they would escape and start a new life elsewhere, trusting no one around her since no one has ever given her a reason to put her trust in them. She hides the marks of her past and present abuse, ashamed of them and believing them to be signs of her own weakness, unaware that every one of those marks makes her a true survivor. For five long years, Crystal has relied on no one to take care of her and her sister, except a man who proved to be the greatest monster of them all, making her distrustful of all people offering their help. But Shane slowly gets under her protective armour, only to discover a woman desperately aching to be loved and cherished.

“Her heart told her Shane might well be the most dangerous man she’d ever met because he made her want, wish, maybe even dream.”

He sees Crystal’s inner strength and brave defiance in her every action, and the more he gets to know her, the more he falls for the fearless young woman who has always put herself second. Amidst life-threatening circumstances and constant peril, they let desire draw them to one another, finding solace in each other’s touch and affection, but Crystal’s inability to embrace her dreams and see herself worthy of true happiness only show how beaten down and disheartened life has truly made her.

“Shane was… a rock in the middle of the raging sea, a refuge she might claim if she had the strength and the will and the nerve to fight for it. To believe she deserved it.”

A flawless tale of passion, survival, sacrifice and love, there was not one dull moment in sight for me during this entire roller-coaster ride of a journey. I was not prepared to let it end, to let the characters go, and was only too happy to discover that the background storyline would continue in future instalments of the series. I strongly urge you to surrender your senses to the skilful strokes of Ms Kaye’s imagination and fall in love with her stories as wholly as I have.

“Even if she only got to have him for a short while, she would remember him for the rest of her life as the man who had held her hand and helped her step onto the path to finding herself again.”

(each book follows a different couple, but the background storyline continues through the series) 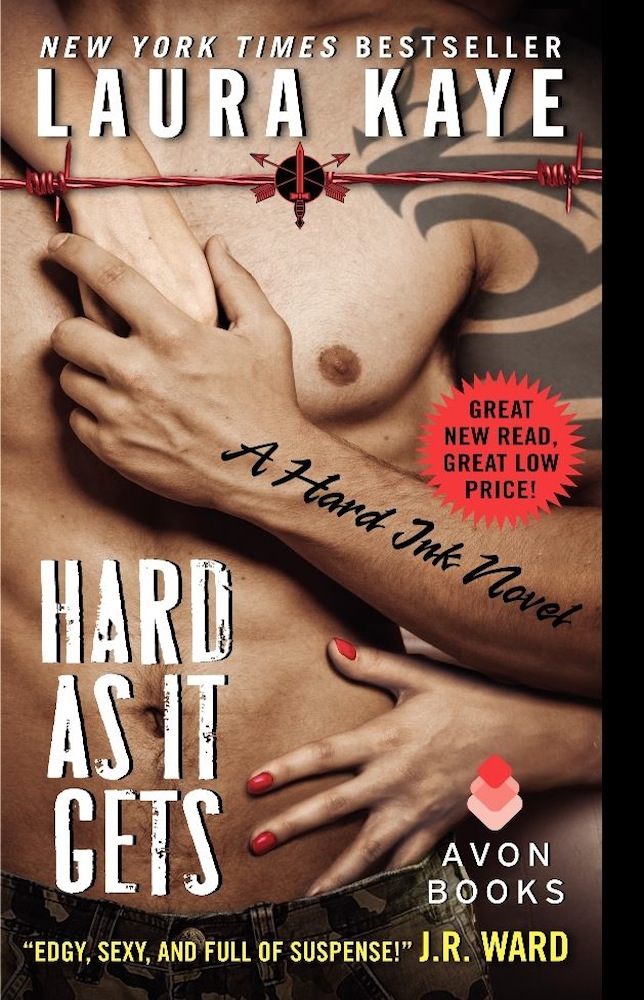 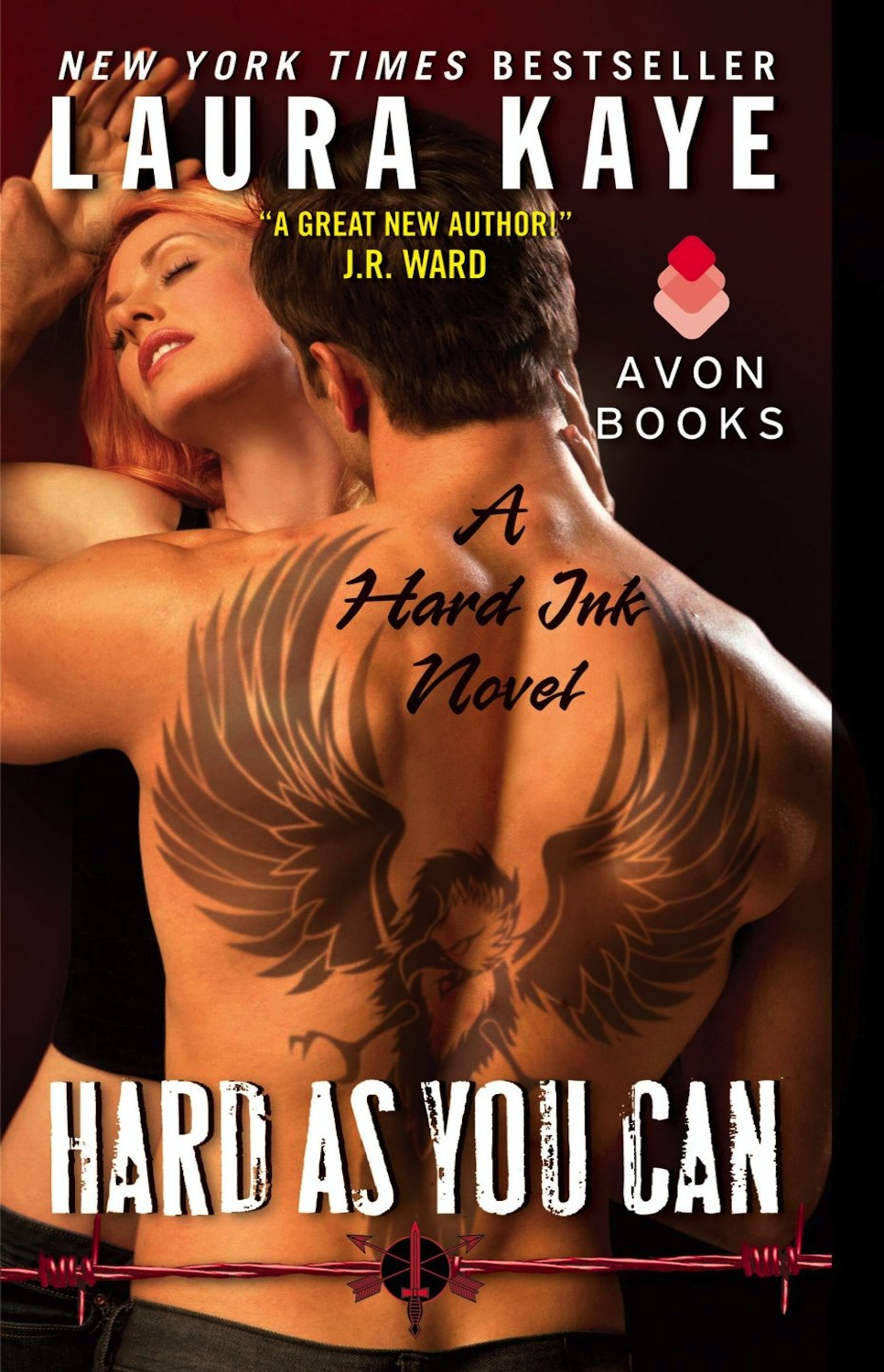 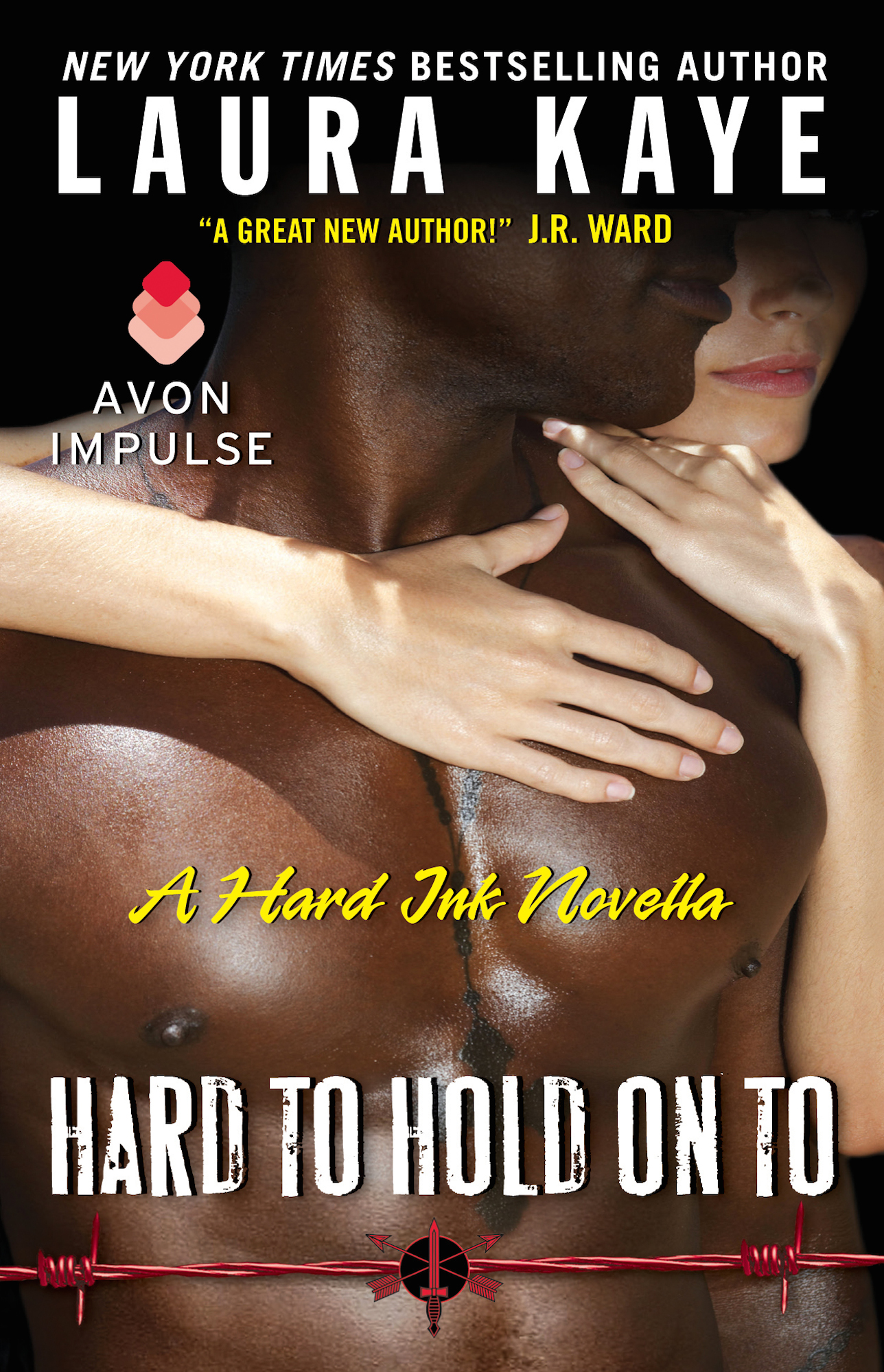 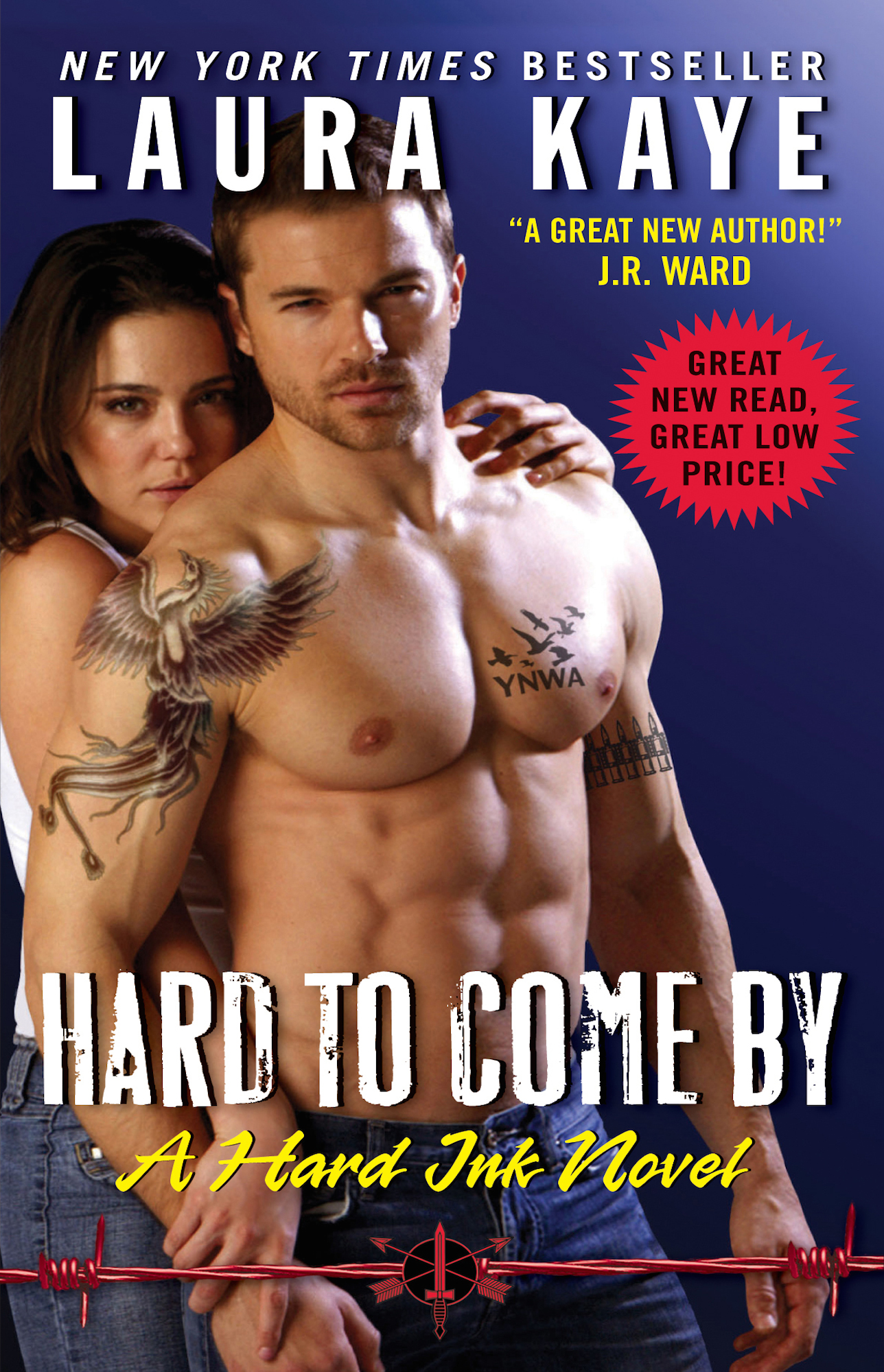 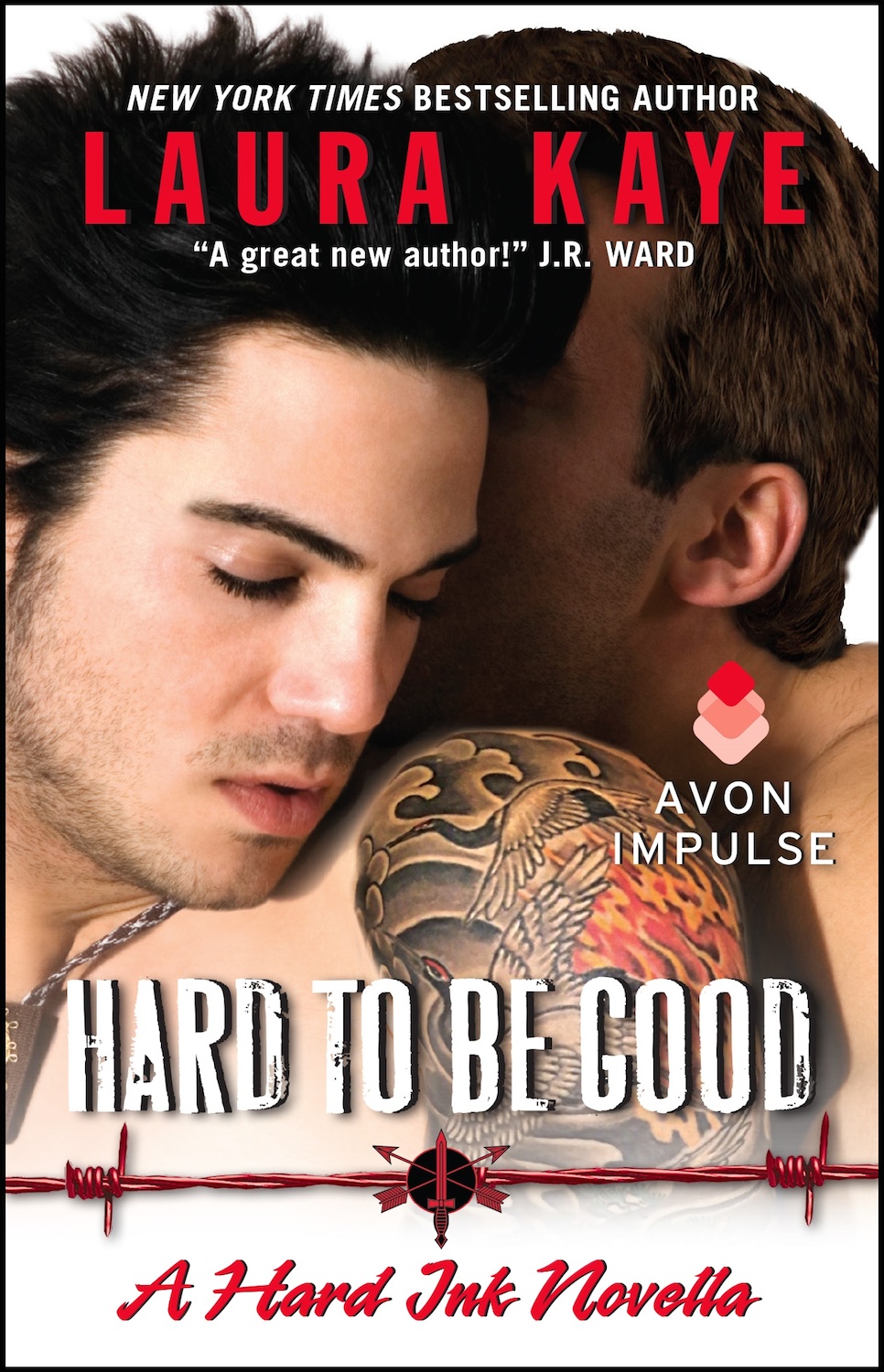 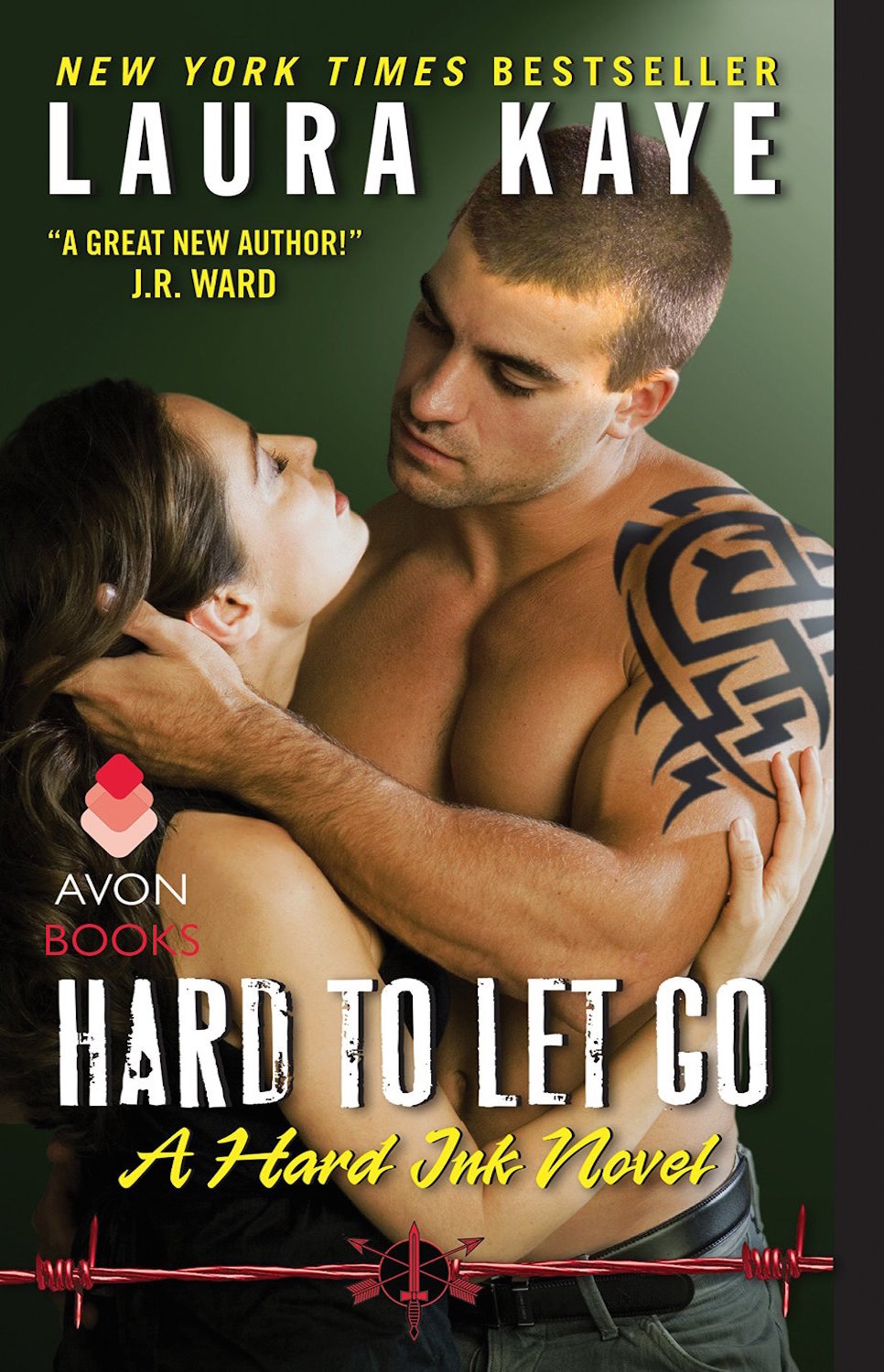 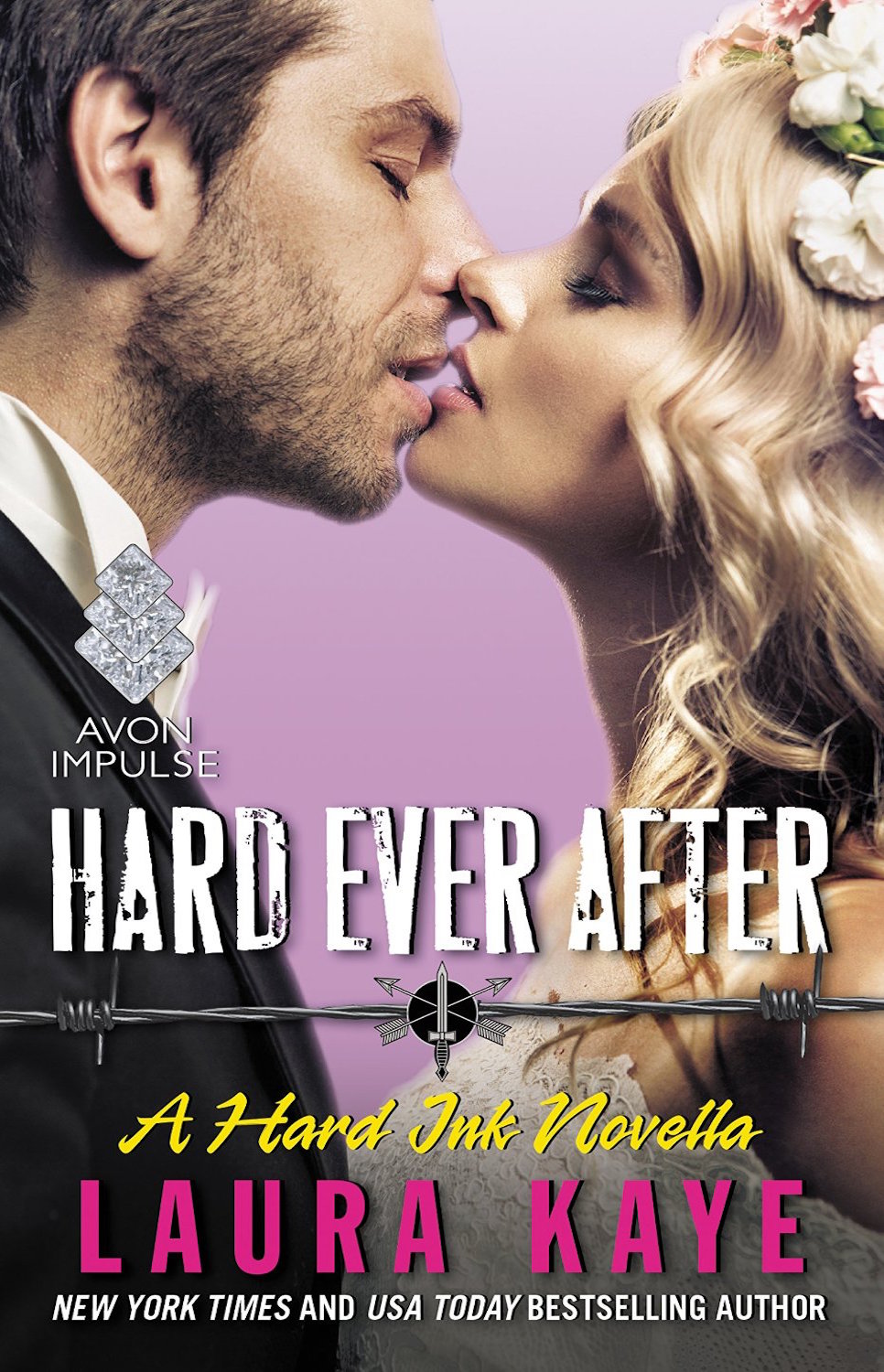 This sounds so good! I have been following the tour & everyone is raving about it. Great review!

Great review! Can’t wait to read Hard As You Can!

Can’t wait to read it

This series surprised me.. and quickly beccame an automatic buy for me

I love this series! Laura Kaye has become an auto-buy author for me.

LOVED, LOVED, LOVED both of these books!! Laura Kaye has done a fantabulous job of creating an awesome group of characters who will ALL hopefully get their happily ever afters. I can’t wait to read more about these men and women and their sidekick Eileen. :)

Loving this series and look forward to the next 3 mens’ stories!

I forgot to leave my e-mail…starznstripes24@yahoo.com

I love this series, and I’m glad you have discovered and enjoyed it also! I will always remember what a pleasant surprise the first book was even better than I expected. Laura Kaye’s writing is awesome…characters that you really connect with and stories that completely immerse you in their settings and surroundings. Hearts In Darkness is really good also. Looking forward to future installments with the Hard Ink team, and anything else Ms. Kaye writes! :)

Great review! I’m anxious to get my copy and read it, I enjoyed the first book very much and want to know everything.

I absolutley loved the 1st book in this series. Laura Kaye is and amazing author & as you read any of her work, you will find yourself totally submersed in the worlds she builds with her words, and will fall in love with each new Hero. Big Hugs Laura