Save me and I’ll save you…

My name is Calla Price. I’m eighteen years old, and I’m one half of a whole.
My other half—my twin brother, my Finn—is crazy.

I love him. More than life, more than anything. And even though I’m terrified he’ll suck me down with him, no one can save him but me.

I’m doing all I can to stay afloat in a sea of insanity, but I’m drowning more and more each day. So I reach out for a lifeline.

He’s my savior and my anti-Christ. His arms are where I feel safe, where I’m afraid, where I belong, where I’m lost. He will heal me, break me, love me and hate me.
He has the power to destroy me.

Maybe that’s ok. Because I can’t seem to save Finn and love Dare without everyone getting hurt.

Why? Because of a secret.

A secret I’m so busy trying to figure out, that I never see it coming.

“Do you know what it’s like to not be able to change something?”

How do you even beginning reviewing a book that left you utterly speechless? This fascinating, astonishing, gripping story completely mesmerised me, stealing my mind away from the very first sentence and bewitching it with a reality that kept me questioning everything in it. Including my own mind. Unlike anything I have ever read before—from its atmospheric setting and the level of detail in every single scene, to the meticulous pace and unexpected points of view—this phenomenal book quite literally consumed me cover to cover. I felt mentally ‘stranded’ at the end of it, unable to return to normal life and stop thinking about all that unfolded, and you know what? I absolutely adored every mind-wrecking moment of it.

“…it should’ve been me in the first place. Finn is a better person than I am… Finn really is better. He’s funny and witty and smart, and his soul is as gentle as they come. He’s the one who deserved to be healthy. Not me. I’m the snarky, sarcastic one.”

Calla Price is an eighteen-year-old girl from a small coastal town, whose unusual childhood of being raised in a funeral home has made her the target of constant mockery and ostracism by other kids of her age. But nothing in her young life has touched her as deeply and as permanently as growing up with a twin brother whose mental disorder has forced her to act as his protector ever since he first started hearing violent voices in his head as a small child. She has often felt unworthy of her own mental stability, wishing it had been her born ill rather than her kind, beloved brother—the brother who has always run to her to quiet the demons in his head and seek comfort from her—but she has embraced her role as his guardian with no regrets, putting his wellbeing before anything and anyone else.

But it is her mother’s sudden death that changes Calla’s life forever, leaving the family under a heavy cloud of grief, disconnected and adrift, and leaving Calla drowning in her own heartache and guilt for the hand she believes she played in that tragedy. Facing her last summer at home before she goes to college, Calla’s life sees its first ray of hope when she meets Dair, a handsome but mysterious young traveller, whose mere presence in her life starts awakening something in Calla that she’s never felt before—optimism. However, the more time she spends with Dair and the more happiness she feels while in his company, the more her guilt grows. And that guilt is only exacerbated by the evident deterioration of Finn’s mental state. By hearing her brother’s voice as well, we see the true extent of his illness, we get to witness it firsthand, and it is a frightening sight. But we also see his unconditional love for his sister and his inner struggle to stay as sane as he can be for her sake. And we see the way her growing closeness to Dair affects him, how much he needs things to stay the same, and how guilty he feels for feeling that way.

Dare, however, is not just a handsome Englishman who gallops in and steals Calla from the reality of her own life—his own secrets weigh heavily upon him, affecting his every interaction with her, and setting the pace for the way their relationship develops.

“You’re going to be the death of me.”
“Why?”
“Because you’re so much better than I deserve.”

A slow building, carefully plotted scenario, a psychological thriller of sorts, which then culminates in a jaw-dropping finale which sends our minds racing in a million different directions. I am not sure a review could ever truly capture the mood of this book, the unique way it plays with our minds, because every single word in it serves a multitude of purposes, manipulating our thoughts being just one of them. I was so totally immersed in it all that I felt every icy raindrop, every chilly breeze, every lazy sea wave. I absolutely adored this story and even though it leaves us in a happy-for-now place, I am already hungry for more. But also very happy to wait a little while I put my poor heart back together stitch by stitch…

“What the hell?” Finn mutters, staring ahead of us, past the trail, past the treescape, and into the clearing behind the Carriage House.  I follow his gaze and almost audibly gasp when I see Dare.

He’s back from town now, and dressed in workout clothes, shorts and a cut off ratty t-shirt.  He’s repeatedly punching the side of the woodshed.

Like a machete or a thresher or a piston.

Sweat drips down his face, and blood drops from his hand, as he pummels the wood, punching at it like a machine.

“What the hell,” I echo Finn’s sentiment, before I shove the crab bucket into his hands and take off up the trail to get to Dare.  Finn protests from behind me, but I don’t stop and I don’t slow down.

I skid to a stop next to Dare, pulling at his elbow. He smells like sweat, so I can’t imagine how long he’s been out here, hurting himself.

He shakes my hand off, not looking at me, and punches again.

Blood splatters the ground and onto my bare foot.

“Dare.”  My voice is stiffer now, like ice, and finally he stops, his arm dangling at his side.  He doesn’t look at me, but his breaths are coming in pants.  I wait, and eventually the pants slow down to shallow, even breaths.

He’s silent.  Finally, he rocks back on his heels, and sinks to the ground, to his knees.

“Nothing’s wrong,” he finally tells me, his voice like wood.

“Nothing?” I find that hard to believe.  “Then why are you breaking your hands?”

I kneel down in front of him, lifting his hands to examine them.  The knuckles are beyond scraped, beyond cut. They’re mashed.  A bloody pulp, actually.  “I think you might’ve actually broken them.”

I eye him warily.  If there’s one thing I’ve gotten good at, it’s sorting through crazy situations.  “Can I help you clean them up?”

I hold my breath until he climbs to his feet.

“I’ve got it.”  His voice is curt and dismissive, and he turns to walk away. What the hell?  Where is the guy who has been so engaging?  So charming?   He’s apparently been replaced by this cold stranger who has an affinity for hurting himself.

I grab his elbow.  Out of my periphery, I notice Finn standing in the distance, watching.  Waiting.

Reluctantly, he walks away with the crabs and Dare looks at me.

Dare stares down at me, his eyes chilly.  “No, you don’t.  Because as you so clearly pointed out, you don’t know me.  You can let go of my elbow now.”

My fingers slip away, confused by his iciness, by his words, but he still follows me into the Carriage House and into his little kitchen.

As we go, I can’t help but notice how neat he keeps the little home.  The bed is made, the counters are wiped off, there are no dirty clothes piled on the floor.  Impressive for a young single guy.

I turn the water on and let it run, waiting until it gets warm before I hold his hands beneath it. He sucks in his breath but doesn’t say anything.  I grab a clean dish-towel and wrap his hands in it, and he leans against the counter.  As he does, the shirt at his waistband lifts a bit, exposing a flat ribbon of his belly.

The skin looks soft as velvet, although the muscle looks hard as steel.  I itch to run my finger along it, to touch it and find out.

But of course, I don’t because it’s not exactly socially acceptable.

“Why are you upset?” I ask instead, as I open his freezer.  I pull out some ice, and dump it into two baggies, one for each hand.

It’s a statement, not a question.

I push him into a kitchen chair, and hold the ice onto his hands.

He opens his eyes finally. “Do you know what it’s like to not be able to change something?” 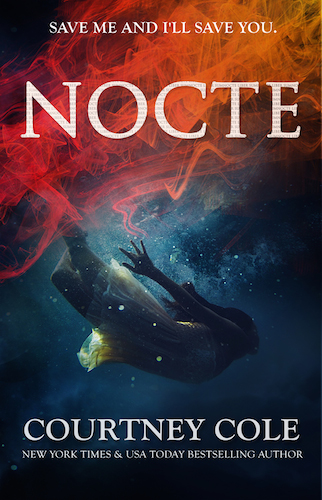 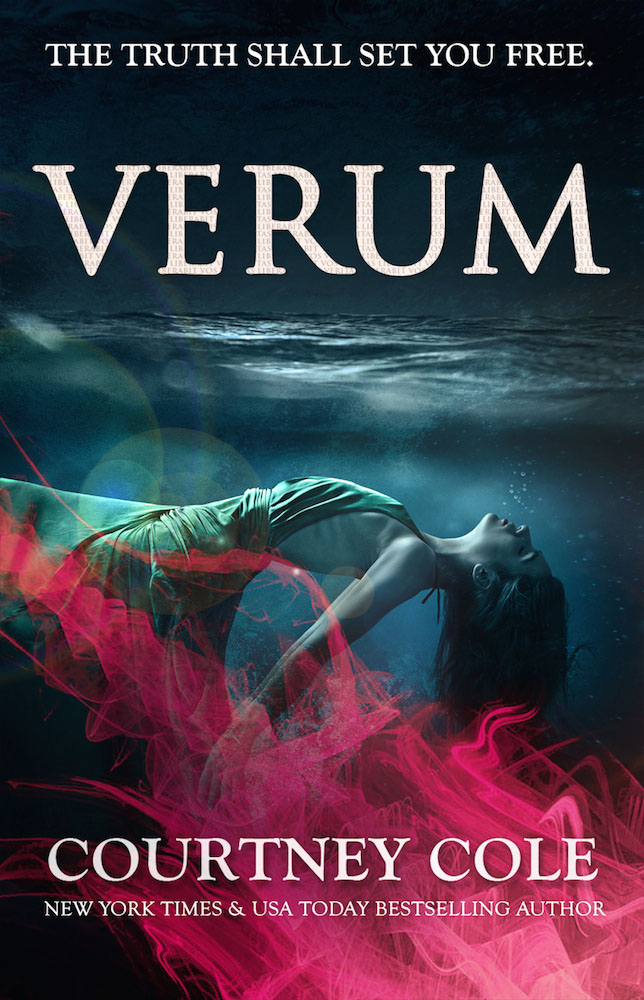 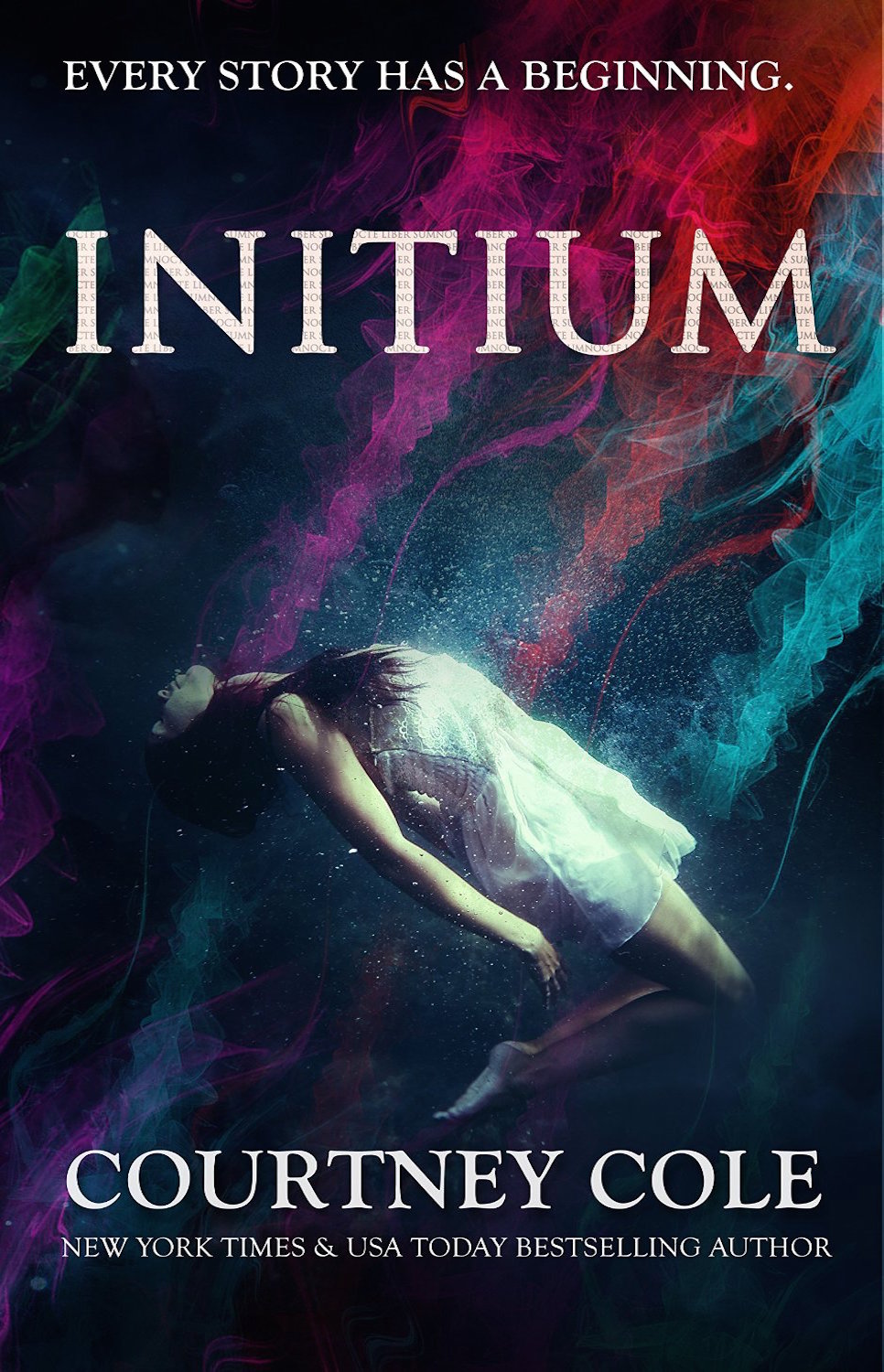 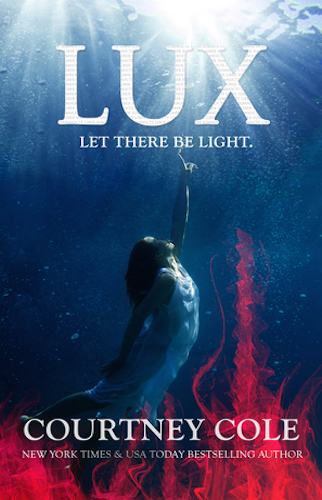 This is one of the most phenomenal reviews I have ever read. Thank you. This is now on my tbr list cannot wait to read it.

You are killing me here! Thank you so much!!!! xxxxx

Wow! I’m beyond fascinated to read this now. Sounds right up my alley. Thanks for the heads up. :)

Is this a series? If so, how many books are to be in it?