If I tell you right up front, right in the beginning that I lost him, it will be easier for you to bear. You will know it’s coming, and it will hurt. But you’ll be able to prepare.

Someone found him in a laundry basket at the Quick Wash, wrapped in a towel, a few hours old and close to death. They called him Baby Moses when they shared his story on the ten o’clock news – the little baby left in a basket at a dingy Laundromat, born to a crack addict and expected to have all sorts of problems. I imagined the crack baby, Moses, having a giant crack that ran down his body, like he’d been broken at birth. I knew that wasn’t what the term meant, but the image stuck in my mind. Maybe the fact that he was broken drew me to him from the start.

It all happened before I was born, and by the time I met Moses and my mom told me all about him, the story was old news and nobody wanted anything to do with him. People love babies, even sick babies. Even crack babies. But babies grow up to be kids, and kids grow up to be teenagers. Nobody wants a messed up teenager.

And so begins a story of pain and promise, of heartache and healing, of life and death. A story of before and after, of new beginnings and never-endings. But most of all…a love story.

EXCERPT: The Law of Moses

Book Series:  The Law of Moses

From the author of one of the most emotional and beloved books I have ever read, the unforgettable Making Faces, comes a story of before and after, of new beginnings and never-endings—The Law of Moses. And today, I have the great honour of sharing with you a never-seen-before excerpt…

“What do you call them . . . the different colors? Aren’t there different names?” Moses asked suddenly, his eyes trained on the horses milling about the enclosure. He held a paint brush in his hands as if he’d grabbed it out of habit, and he wove it between his fingers like a drummer of a rock band twirls his drumsticks.

“There are so many colors and kinds. I mean, they’re all horses, obviously, but each color combination has a different name.” I pointed to a reddish horse in the corner. “That red one there? Merle? He’s a Sorrel, and Sackett is a Palomino. Dolly is a Bay, and Lucky is a Black.”

“Yep. There are greys, blacks, browns, whites. Reba’s an Appaloosa, the greyish one with spots on her rump. We don’t like to label them by their colors in equine therapy though. And we don’t call the horses by their names. We don’t even tell the clients if the horses are male or female.”

“So you wouldn’t want me to notice that the Palomino horse, the one with the white mane and the tan body, looks like you and that she’s always making a nuisance of herself?”

“Sackett?” I was outraged on Sackett’s behalf more than my own. “Sackett isn’t annoying! And Sackett’s a he, which just proves my point about pre-conceived ideas. If you knew he was a he and not a she, you wouldn’t be able to label him as Georgia and say mean things. Sackett is wise! Whenever things get really deep, you can always count on Sackett being right in the thick of things.” I heard the affront in my voice and I glowered at Moses for a moment before launching my own attack.

Moses just stared at me blandly, but I could tell he was enjoying himself. “Because he’s black?”

“No, stupid. Because he’s in love with me, and he tries to pretend every day like he doesn’t want to have anything to do with me,” I shot back.

Moses choked, and I punched him hard in the stomach, making him gasp and grab for my hands.

“So you want the clients to not pay any attention to the color of the horse. That’s not even human nature, you know.” Moses pinned my hands over my head and stared down into my flushed face. When he could see I wasn’t going to continue punching he relaxed his hold, but he looked back toward the horses and continued talking.

“Everyone always talks about being color blind. And I get that. I do. But maybe instead of being color blind, we should celebrate color, in all its shades. It kind of bugs me that we’re supposed to ignore our differences like we don’t see them, when seeing them doesn’t have to be a negative.”

I could only stare. I didn’t want to look anywhere but at him. He was so beautiful, and I loved it when he talked to me, when he suddenly became philosophical like this. I loved it so much I didn’t want to say anything. I just wanted to wait to see if he would say more. After several long minutes of silence he looked down at me and found me staring at him.

“I like your skin. I love the color of your eyes. Am I supposed to just ignore that?” he whispered, and my heart galloped to the round corral, cleared the fence, and raced back to me in giddy delight.

“Yes. I do,” he admitted, and looked back at the horses. It was by far the nicest thing he’d ever said to me. And I just laid there in happy silence.

“If you had to paint me, what colors would you use?” I had to know.

“Will you paint me?” It was something I desperately wanted.

“It’s easier to paint the things in my head than the things I see with my eyes.”

“So . . . paint me from memory.” I sat up and placed my hands over his eyes. “Here. Close your eyes. Now picture me. There. See me? I’m the Palomino filly up in your grill all the time.”

His lips twisted and I knew he wanted to laugh, but I kept my hands over his eyes. “Now keep them closed. You’re holding a paint brush in your hand already. And here’s the canvas.” I brought the hand holding the brush to my face. “Now paint.”

He dropped his hand back to his lap, holding the brush, debating. I dropped my hand from his eyes, but he kept them closed. Then he lifted his hand once more and slid the dry brush softly against my face.

“My chin.” It tickled, but I didn’t let myself move. Moses traced the tip of my chin, followed it down and around, making a straight line to my neck. I swallowed as the brush slid down my throat and whispered down my chest to the opening of my T-shirt. My T-shirt made a neat V above my breasts, and Moses paused, holding the brush pressed against my skin, directly over my heart. But he kept his eyes closed.

“If I were to paint you, I would use every color,” he said suddenly, almost wistfully, as if he was sure he couldn’t paint me . . . but he wanted to. “You would have crimson lips and peach skin and ebony eyes with purple shadows. You would have hair streaked with gold and white and blue and skin tinted with caramel and cream, swirled with pink and shaded with cinnamon.”

As he talked, he moved the brush this way and that, as if he were actually painting with the colors in his head. And then he stopped and opened his eyes. My breath was stuck somewhere between my heart and my head, and I concentrated on letting it out without giving myself away. But he knew. He knew what effect he had on me. He threw the brush and stood up, breaking the spell he’d woven with gentle strokes and soft words. 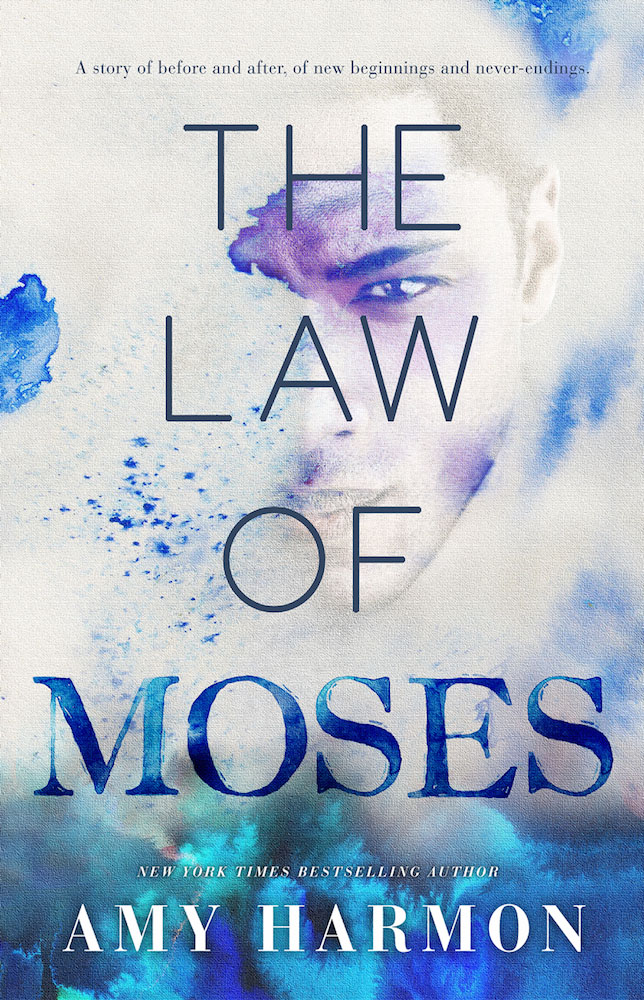 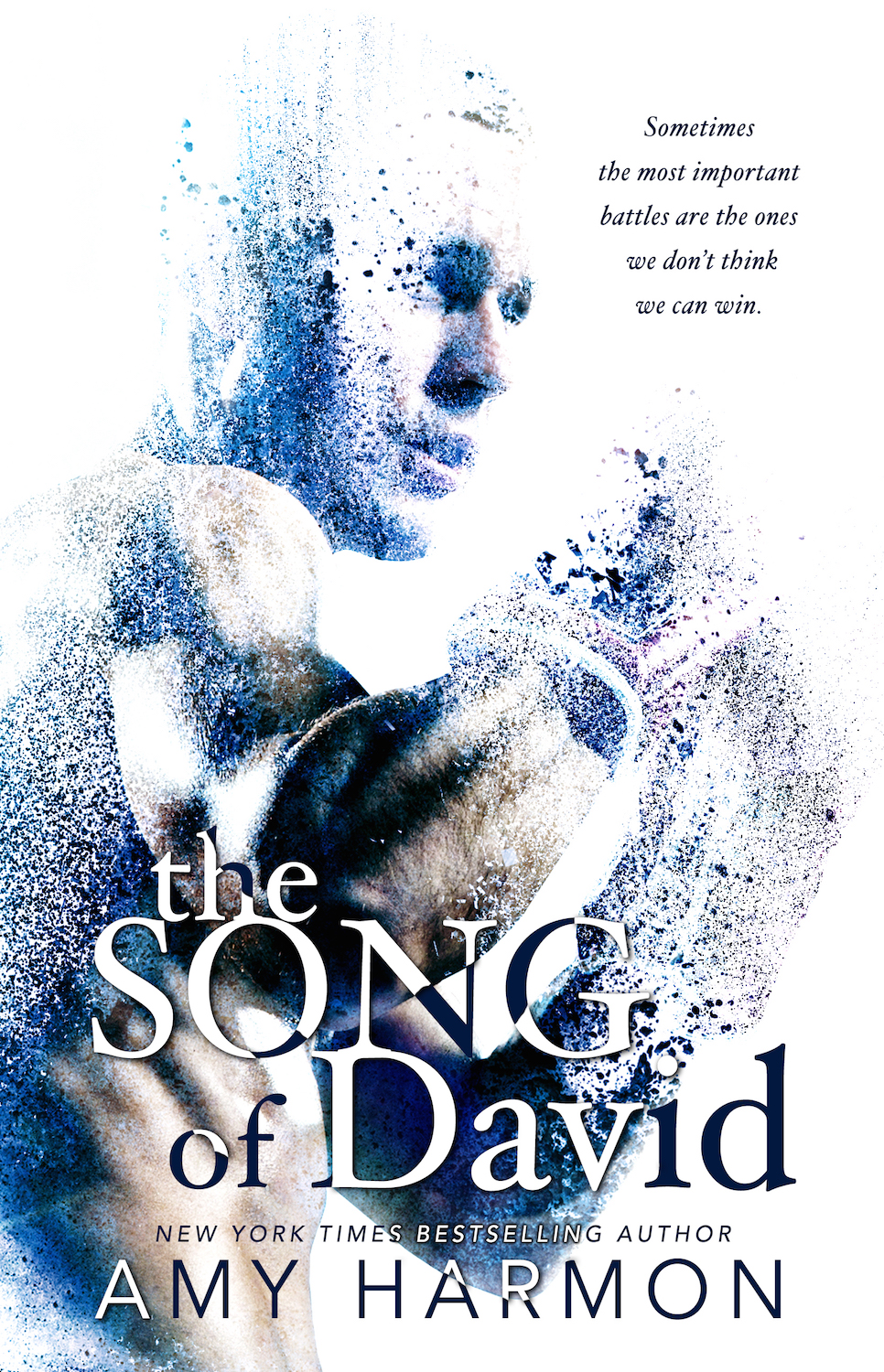 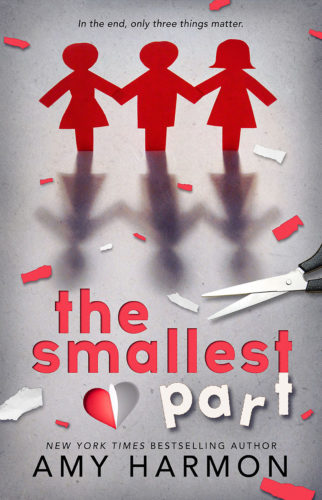 I’m so excited to read this book! Thanks for the excerpt!

I have got to read this! Making Faces was a favorite read of mine and it keeps coming back to mind time after time!

“Just breathe…in and out”. (That is me reminding myself to inhale and exhale, as I physically forgot how to breathe while reading this.) Holy Moses! I can.not.wait!!! Thank you Amy Harmon, because I know this is going to absolutely devastate and hopefully resurrect me!