It all started with a pinky swear…

Linden McGregor is tall, rugged, and gunslinger handsome; a helicopter pilot with a Scottish brogue and charm to spare. He’s also one of Stephanie Robson’s best friends and has fit into that box for as long as she’s known him.

Beautiful, funny and an ambitious businesswoman (with one hell of an ass), Stephanie Robson is one of Linden McGregor’s best friends and has fit into that box for as long as he’s known her.

Back in their mid-twenties and tired of the competitive hit-or-miss dating scene of San Francisco, Steph and Linden made a pact to marry each other if neither one of them were in a serious relationship by the time they hit thirty.

It sounded like fun and games at the time but as the years to thirty tick past and lovers come and go out of their lives, the pact becomes larger than life.

Sex is inevitable. Friendships are tested. Hearts are on the line.

The pact is about to change everything.

“The two of you in a marriage? World’s pickiest woman with the world’s biggest manwhore? Yeah, have fun with that.”

In a sea of stories about young lovers sharing their firsts—first loves, first heartbreaks, one and only forevers—there finally comes a story about single people in their early thirties desperately searching for that rare, almost illusive connection with someone that would make them feel a little less lonely in the world, a little less stranded, all the while trying to reconcile the scars from their pasts with the uncertainty of their futures. This is a story about friendships, about two best friends falling in love with each other, about the sacrifices we make in the name of those friendships, and about learning to finally see what counts the most in life. The perfect balance of sensual anticipation and character introspection, I could not put this book down for more than a few minutes at a time, these characters driving me insane and making me utterly addicted to them all at the same time. It might have all started with a premise we’ve all seen before, a scenario that is neither groundbreaking nor complex, but Ms Halle managed to put her inimitable stamp on it by giving us two imperfect characters dealing with everything that life throws their way, inevitably messing up along the way, while searching for their slice of happiness.

“I wanted Steph. My best friend. She was my baby blue and I was her cowboy. So a pact, a foolish, naïve pact, was born.”

A sexy Scottish pilot and a small clothing business owner, Linden and Stephanie have been best friends since their early twenties, their bond and affection for one another being the only constant they’ve had in their adult lives. After numerous failed relationships and dating disillusionments, they make a drunken pact with each other, sealed with a pinky swear, that if neither of them are in a serious relationship by the time they are both thirty, they would marry each other. But while they both pretend to box it all as a joke, deep down, neither of them see it that way. Or ever forget their pact.

“How do you ensure someone feels the same about you without telling them how you feel?”

Over the next five years, as they both approach their thirtieth birthdays, we get quick glimpses of the ways their lives change year after year, witnessing failed relationships and career changes, the memory of their pact ever-present on their minds. But as much as they both secretly pine after one another, neither of them is willing to admit their feelings or make the first move, fearing that such a drastic change in their relationship would eventually destroy their friendship. Until one kiss takes all their self-control away and they end up discovering that they were meant to be more than friends all along.

The long anticipation leading up to the moment they finally let go of their fears and wholeheartedly embrace their feelings for one another is paid off in spades, as we are given a truly satisfying romantic climax to make up for all the will-they-won’t-they moments leading up to it. It is racy, it is all-consuming, and it is utterly delicious, the whole element of best friends turning into lovers, of two people who already know each other so intimately crossing that ultimate line, adding an even more exciting angle to this pulse-quickening scenario.

“I’m going to relish every inch of your body until you’re begging for release. Then, I’m going to f*ck you so hard, so good, that you’ll still feel me inside you days later.”

But Linden and Stephanie have been unsuccessfully searching for love for so long that when they finally have it in their grasps, they are unable to recognize its unique beauty and thus hold onto it, allowing life to interfere and make them question themselves. This is a story about making mistakes in life and finding the courage to correct those mistakes, as much as it is a story about finding true love and never settling for anything less.

“Nine years. I’ve been waiting nine years for this. Nine years to finally have you the way I’ve always needed you. And now that I’ve had you, I want nothing else.”

Even though this author is not known for giving us fairytales wrapped up in neat little bows, this story is a slight departure from her previous style of storytelling, with a few more ‘bows’ present than usual, with a slightly ‘broader brush’ used to define these characters, and fewer moments designed to make our hearts clench, but her signature prose never disappoints and it holds us captive cover to cover. I have to admit that I missed the angst, I missed the raw emotions normally driving all of Karina Halle’s stories forward, but that is only because her extraordinary writing has made me greedy and always hungry for more. At times, I failed to truly understand these characters’ actions and what made them tick one way or another, I did not connect with any of the secondary characters in the story as they lacked clarity in my eyes and felt more as supporting acts whose actions justified those of the main characters, but none of this impacted in any significant way on my overall enjoyment of this fun, relatable, sexy tale that I devoured in one single day.

“He is my rock. He is my Linden. Always has been. Always will be.” 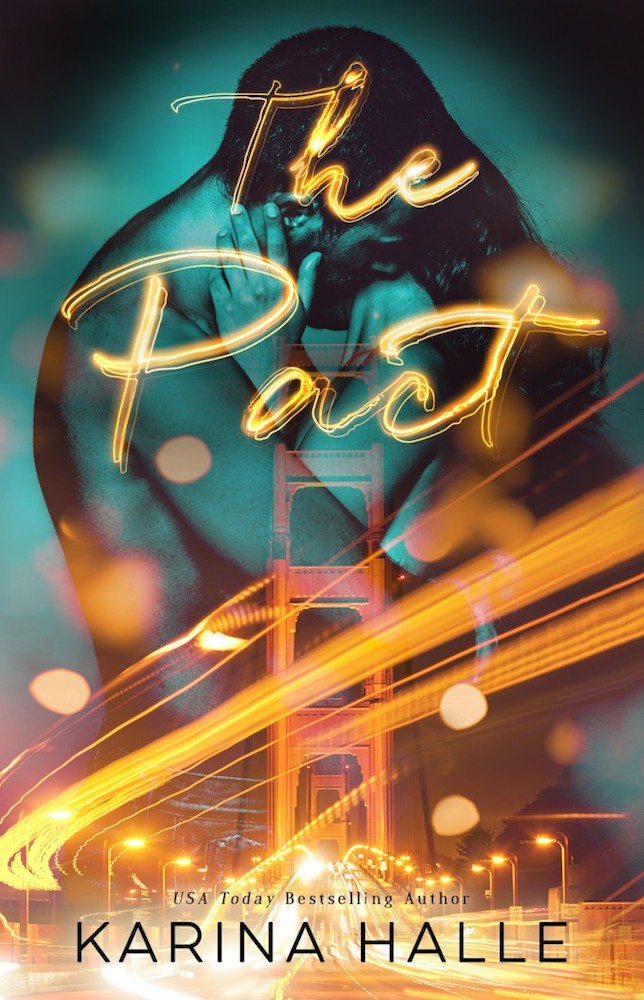 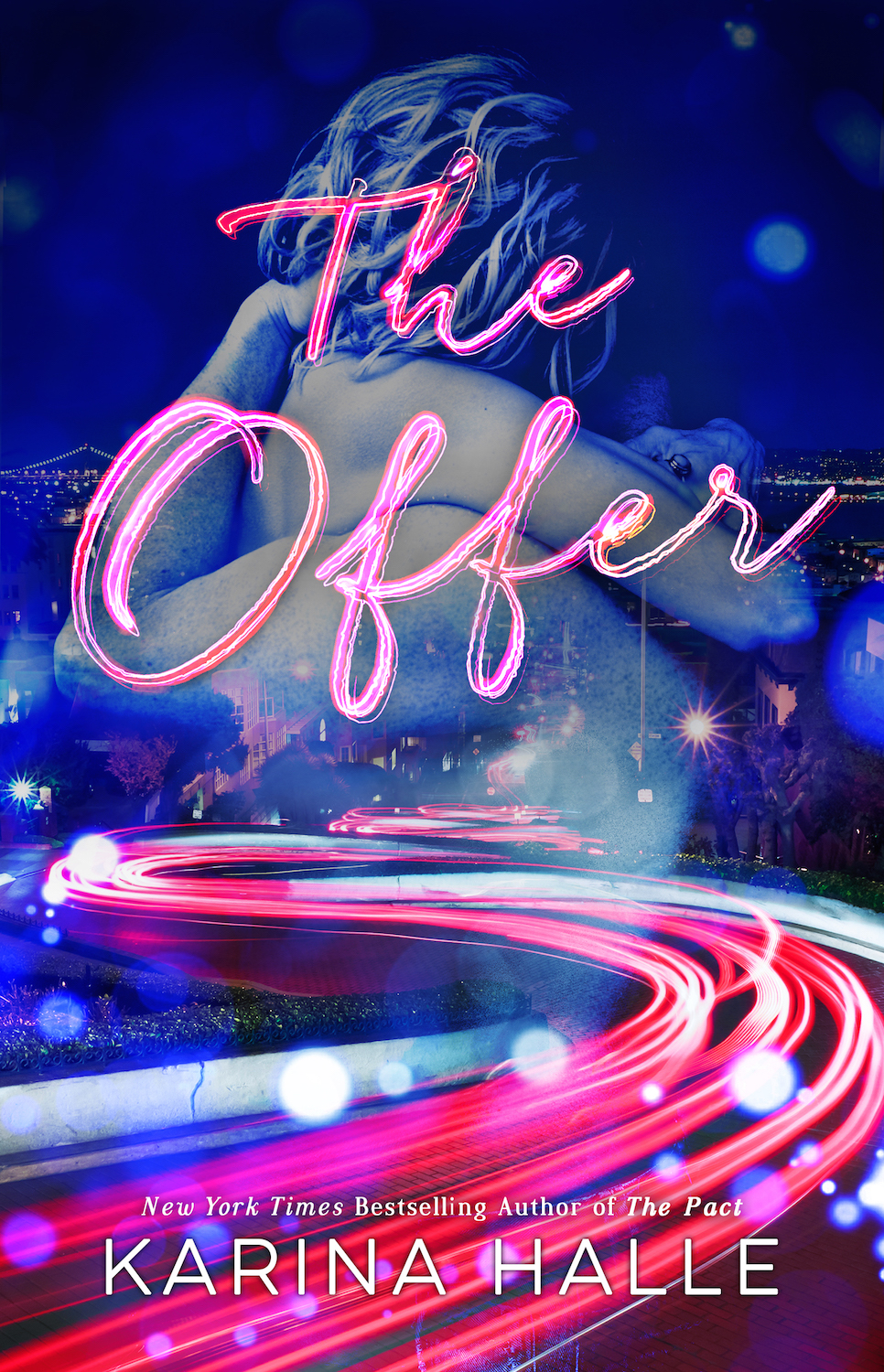 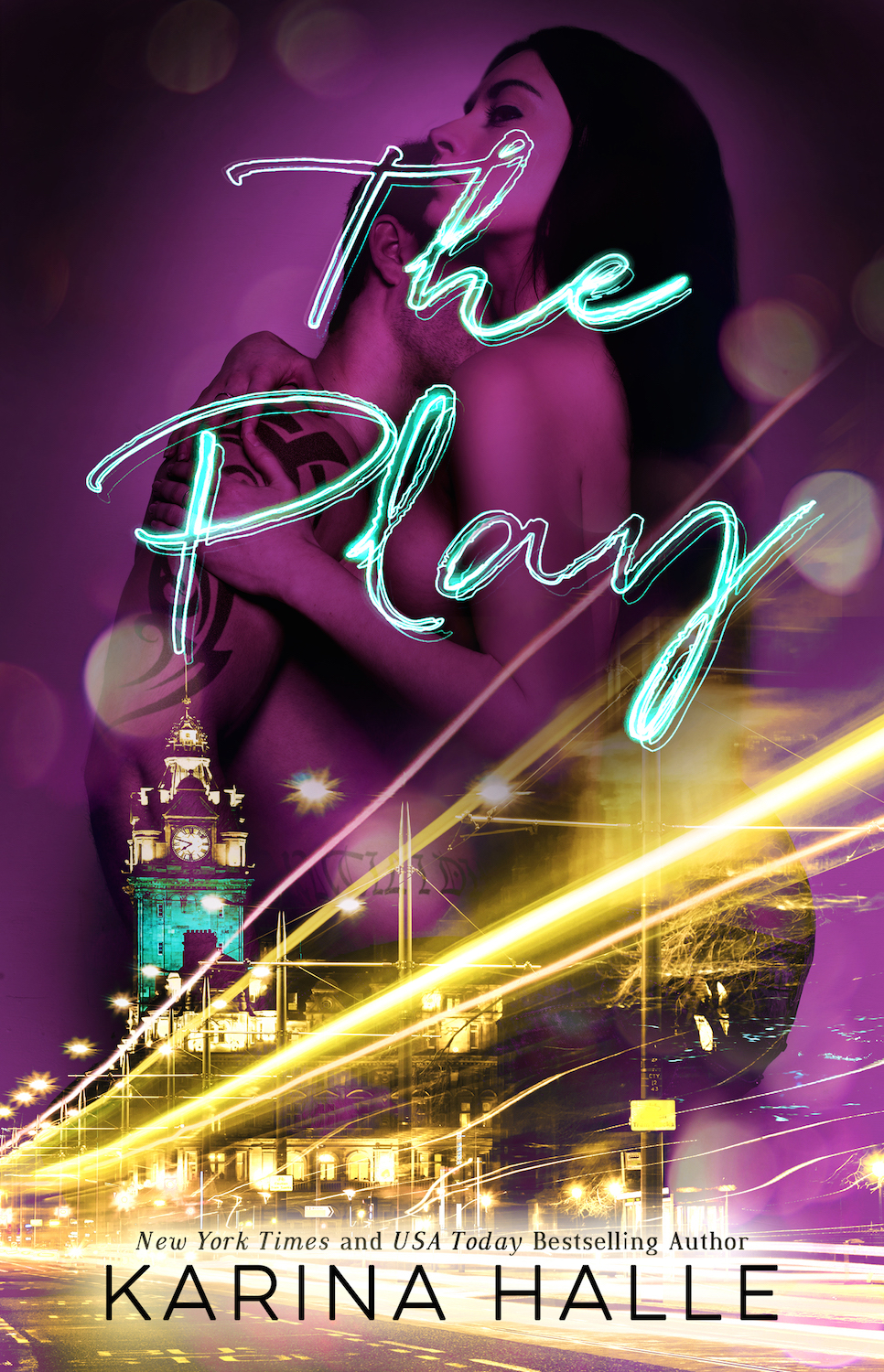 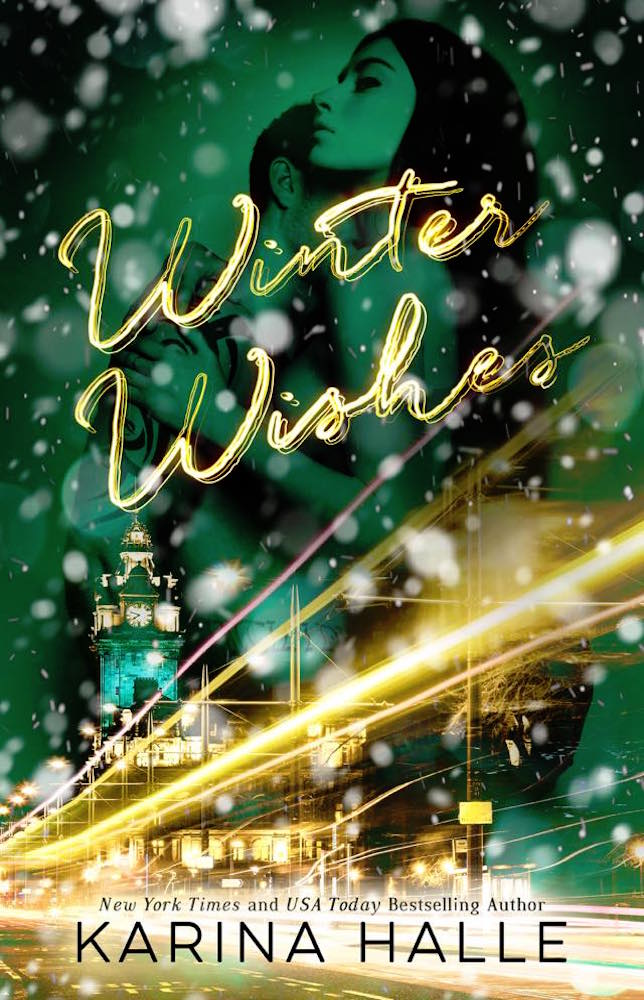 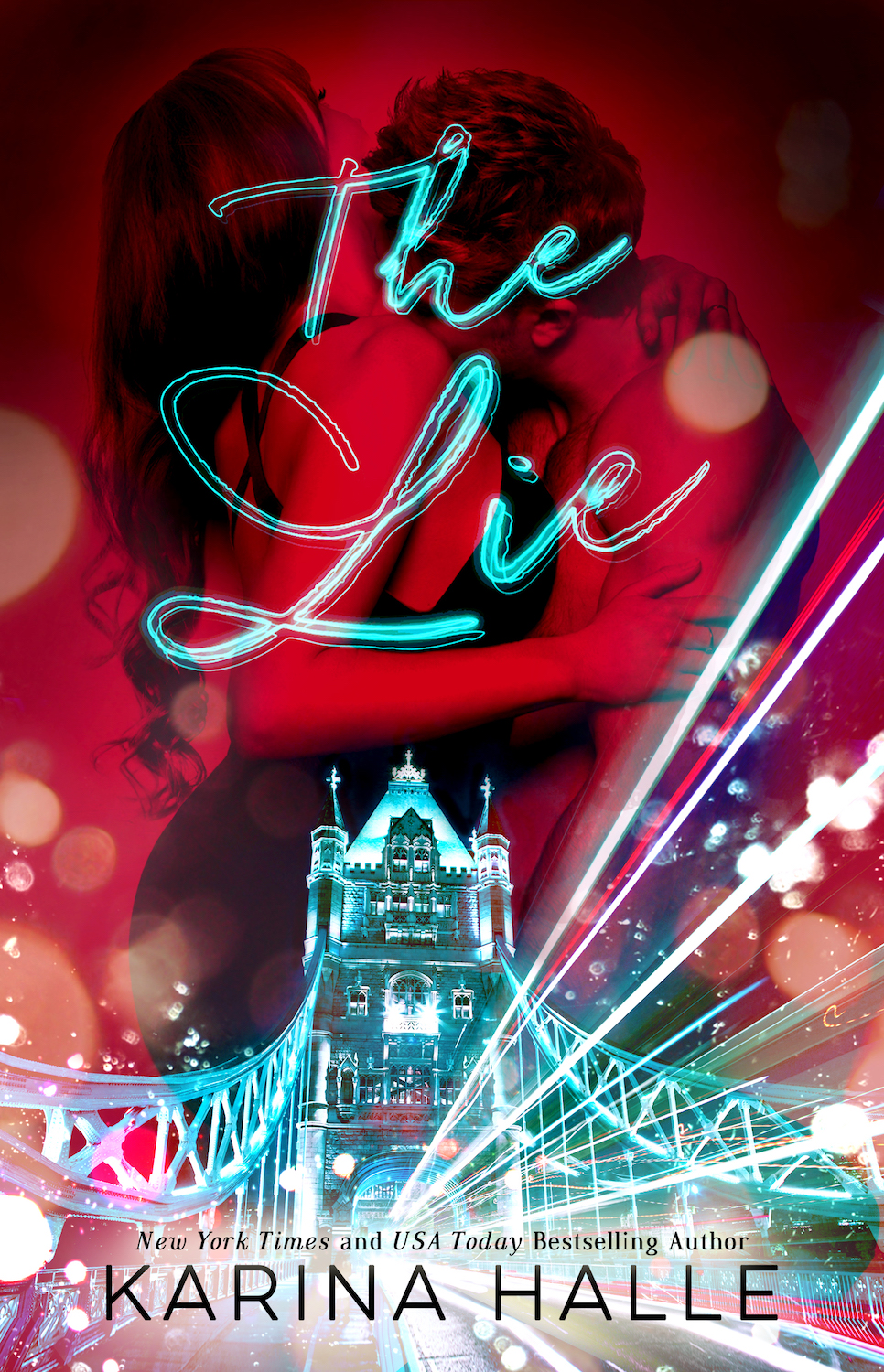 Thank you for your review Natasha, I got the book and I can’t wait to start reading it!! <3