Alexa Holland’s father was her hero—until her shocking discovery that she and her mother weren’t his only family. Ever since, Alexa has worked to turn her life in a different direction and forge her own identity outside of his terrible secrets,. But when she meets a man who’s as damaged by her father’s mistakes as she is, Alexa must help him.

Caine Carraway wants nothing to do with Alexa’s efforts at redemption, but it’s not so easy to push her away. Determined to make her hate him, he brings her to the edge of her patience and waits for her to walk away. But his actions only draw them together and, despite the odds, they begin an intense and explosive affair.

Only Caine knows he can never be the white knight that Alexa has always longed for. And when they’re on the precipice of danger, he finds he’ll do anything to protect either one of them from being hurt again…

“I fantasize about f*cking you in this office a hundred times a day.”

You know you’ve really liked a book when you find yourself re-reading it four times in the span of a month! At first glance, the premise of this book might appear to be just another billionaire-falls-for-the-girl-next-door scenario, and you might walk into this story expecting nothing more than some good ol’ smutty fluff with great chemistry between the characters and a few blazing sex scenes. But you would be wrong. Because when Samantha Young tells a story, she injects it with so much heart-clenching angst, you find yourself gripping your chest because your heart won’t stop hurting, thus turning any cliché into a phenomenal and truly unforgettable reading experience. I adored this book, from the stubborn, feisty, but inherently vulnerable heroine, to the brooding, arrogant, but essentially tortured hero. I loved their banter, I loved the energy between them, whether they were fighting or getting tangled between the sheets, every scene they shared being a delectable delight start to finish.

Caine Carraway and Alexa Holland are apparent strangers to one another, but their lives have been tragically connected from a very young age. Now a self-made billionaire and one of Boston’s most eligible bachelors, Caine has overcame family tragedies and betrayals to become the man he is now—a man who does not trust easily or let many people into his inner circle. So when a reminder of the most painful event in his past walks into his life unannounced, he lashes out and cuts the ground from under her feet by getting her fired. But even jobless and with no professional prospects in sight, Alexa is determined to put aside her pride and heal the breach between them, even if it only means he sees that they are more alike than he realises.

“I’m not here to fall for him. I’m just trying to be there for him somehow. I get him, even if he doesn’t realize it, I really do get him. I would like to be his friend if he’ll have me.”

As the estranged daughter of a disowned diamond heir, Alexa feels deep shame for the sins of her father, but her own family history has made her even more sympathetic to the pain that Caine carries in him. Desperate for him to see that she is nothing like her father, she accepts an offer that is obviously intended to make her life hell—she agrees to be his personal assistant.

“I need a PA who will fulfill all my wishes and demands immediately. That’s not easy to find—most people have social lives. You, however, are desperate and the way I see it, you owe me.”

Their reasons for such an arrangement might vary drastically, but Alexa is no pushover, and while she has made herself an easy mark for Caine’s relentless contempt, her snarky and at times insolent personality shines at every turn. The more they fight, the stronger the attraction between them becomes, and very soon their chemistry moves to the bedroom.

“I’ll come by your place when I’m finished up here.”
“My place?”
“Mmm. I’ll text you when I’m on my way.”
“Shouldn’t you wait to be invited first?”
“Lexie, may I come to your apartment tonight so I can f*ck your brains out?”

But from the very beginning, their intentions towards one another have not been the same, and not even a sizzling affair changes that. While Alexa sees how great they truly are together and wishes for more, Caine remains an impenetrable fortress of emotions, his past making him blind to what is right in front of him. Until he risks to lose it all forever.

“I’m not the guy you’re looking for, Lexie. I’m never going to be that guy.”

This story truly has it all—an emotionally charged romance, two multifaceted characters whose actions are as unpredictable as they make sense, a suspenseful background storyline to keep us wondering until the very end, and the kind of romantic angst that sets our hearts racing and where mere words start hurting like daggers. Alexa is a heroine I connected with from the start, her persistence, her courage, and her generosity with her heart making me very protective of her. So much so that I felt every one of her emotions, her pain in particular. This is just one of those stories that got to me, Ms Young’s exceptional writing style playing a vital role in that, and it left me with a goofy grin on my face, even though I felt like my heart had gone through the wringer. A truly great contemporary romance to sink our teeth in and lose ourselves in unabashedly. Over and over again.

“I’m not looking for a hero. I never asked for that. I just wanted you…”

Ethan led me into Caine’s office the next afternoon and I was surprised to find Caine not behind his desk but standing in front of the floor-to-ceiling windows staring out over High Street and Atlantic Avenue to the harbor beyond.

With his back to me, I stole that moment to fully appreciate Caine Carraway without him knowing it. So yeah, I couldn’t see his face, which was the best part, but with him standing with his hands in his trouser pockets, legs braced, shoulders relaxed, the view was delicious enough for me. His height, those broad shoulders, and let’s not forget that ass.

That was a mighty fine ass.

When the seconds ticked by without a response from him, I began to feel like a high school nerd waiting for the captain of the football team to pay attention to her.

I didn’t like that nearly as much as the view of his ass. “You rang?” Caine turned his head slightly in profile. “I did.”

“And I assume there was a reason?”

He faced me and I felt that flush of attraction as his eyes swept over me. “You would assume right.” He sighed and strolled over to his desk, his gaze raking over me speculatively as he did so. “Do you own a suit, heels?” His scrutiny moved to my face. “Makeup?”

I looked down at my clothes. I was wearing jeans and a sweater, and no, I wasn’t wearing makeup. I had good skin. I’d inherited my olive skin from my mother and despite those darn freckles sprinkled across the crest of my nose, it was blemish free. I rarely wore foundation or blush, and because my eyes were so light and my lashes so dark I only wore mascara when dressing up for an occasion.

I knew I wasn’t glamorous, but I looked like my mom—I had her apple cheekbones, blue-green eyes, and dark hair— and my mom had been very pretty. No one had ever looked me over and considered my lack of makeup with disdain before.

Caine relaxed against his desk in much the same pose as he had used the last time he pinched his lips at me in his office. And he was pinching his lips and inspecting me. I felt like I was being judged and found wanting, which was insulting normally but somehow even worse coming from a guy who looked as put together as he did.

“I couldn’t change Benito’s mind,” Caine informed me. “That little bastard can hold a grudge.”

If I weren’t so deflated by his news I would have laughed. “Bu—”

“So I thought about it,” he said, cutting me off, “and you can try working for me. You’ll need to invest in some appropriate clothing, however.”

“Despite his flair for the melodramatic, it seems he has high standards and he has led me to believe that before you acted like an insane person you were intelligent, efficient, and hardworking.”

“Insane person?” That word had been used as an adjective to describe me twice now.

He ignored me. “I need a PA. Ethan is a temp and my previous PA has decided not to return from maternity leave. I have a job opening and I’m offering it to you.”

There was no other word for how I was feeling.

How could this man go from never wanting to see me again to offering me a job that meant I was going to be in his face? A lot.

Caine narrowed his eyes. “I need a PA who will fulfill all my wishes and demands immediately. That’s not easy to find—most people have social lives. You, however, are desperate and the way I see it, you owe me.”

I sobered at his reminder of the past. “So what . . . you get to act out some kind of vengeance by working me into an early grave?”

“Something like that.” He smirked. “It’ll be a comfortable grave, though.” He told me the salary and I almost passed out.

My mouth parted on a gasp. “For a PA job? Are you serious?”

Caine’s eyes glittered triumphantly at my obvious excitement. “As I said, it comes with a price.” His grin was wicked and I suddenly felt a little breathless. 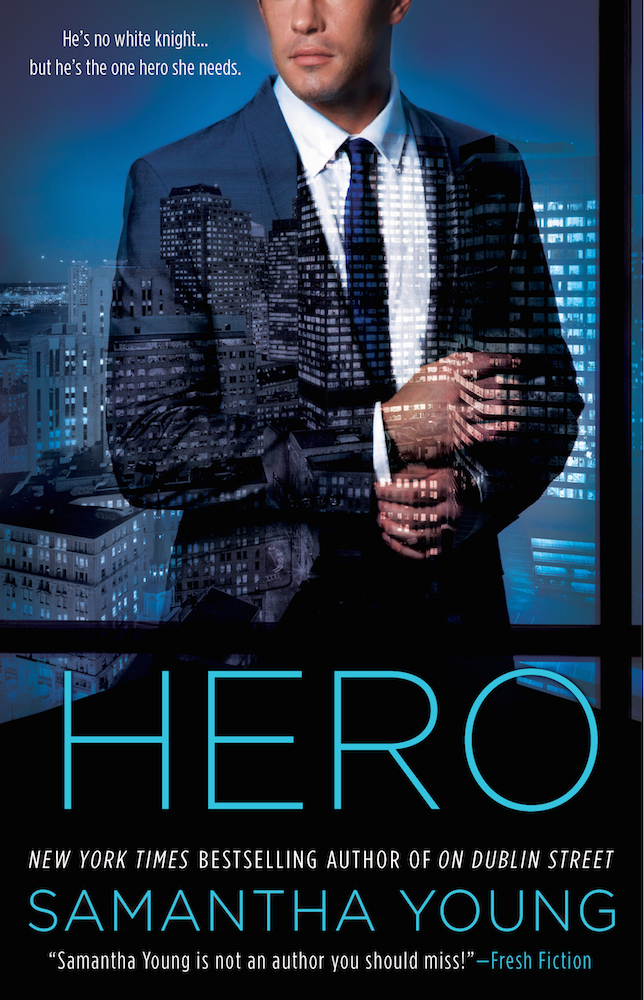 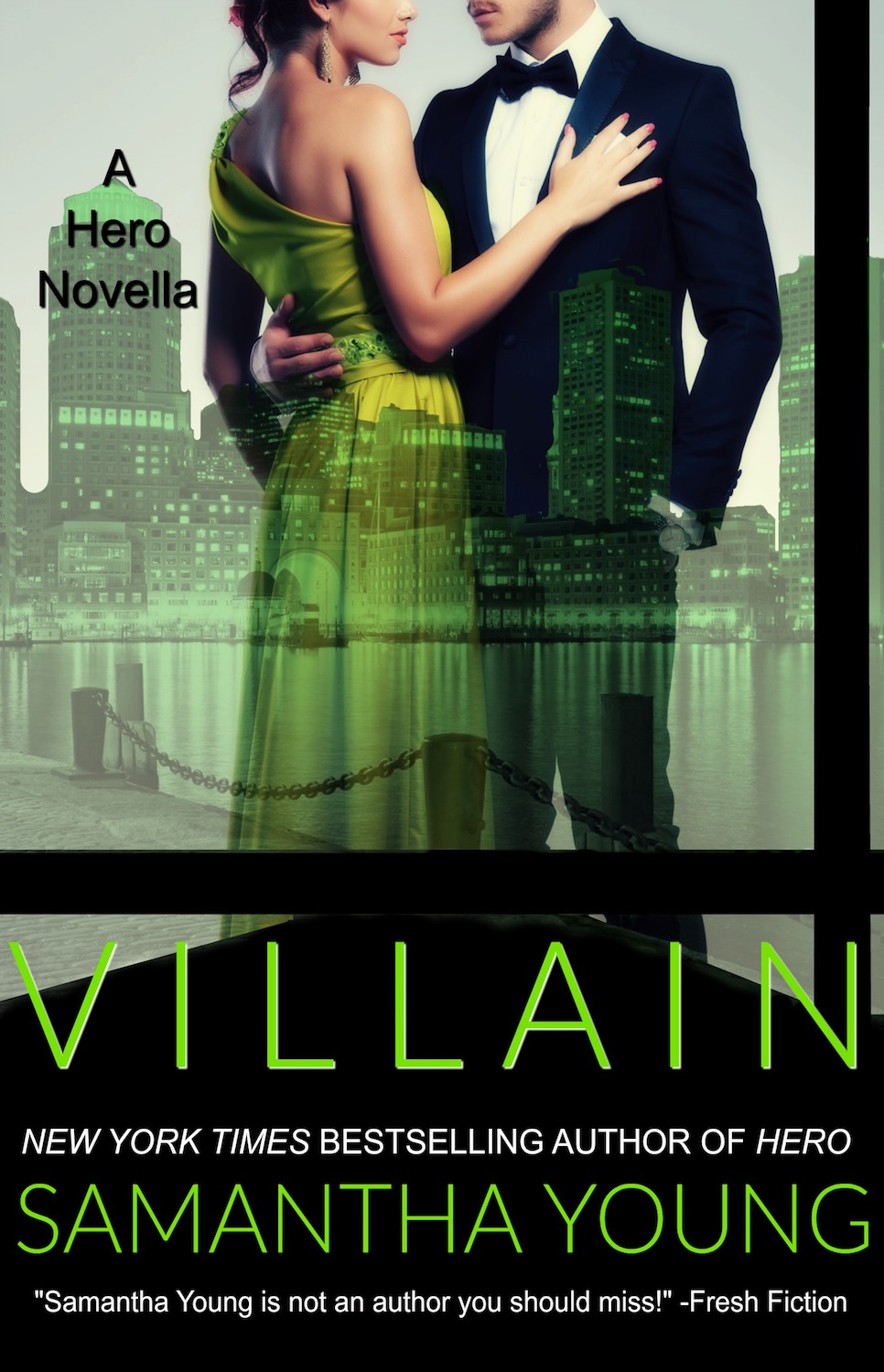