He’s a player in more ways than one…

College junior John Logan can get any girl he wants. For this hockey star, life is a parade of parties and hook-ups, but behind his killer grins and easygoing charm, he hides growing despair about the dead-end road he’ll be forced to walk after graduation. A sexy encounter with freshman Grace Ivers is just the distraction he needs, but when a thoughtless mistake pushes her away, Logan plans to spend his final year proving to her that he’s worth a second chance.

Now he’s going to need to up his game…

After a less than stellar freshman year, Grace is back at Briar University, older, wiser, and so over the arrogant hockey player she nearly handed her V-card to. She’s not a charity case, and she’s not the quiet butterfly she was when they first hooked up. If Logan expects her to roll over and beg like all his other puck bunnies, he can think again. He wants her back? He’ll have to work for it. This time around, she’ll be the one in the driver’s seat…and she plans on driving him wild.

“Are you trying to buy your way into my good graces?”
“Yup. And excellent pun, by the way.”
“I wasn’t punning. My name just happens to be a homonym.”
“I love it when you talk homonyms to me.”

There are books you read in a week, there are books that you might even finish over a couple of days, and then there are those addictive little gems that you inhale all at once, reading non-stop, often in the wee hours of the morning, showing complete disregard for your real life responsibilities, and loving every blissful moment of it. Flawlessly written—as I’ve now come to expect from this terrific author after the pleasant surprise that was The Deal—this is a story that had me grinning cover to cover, and while it had the perfect combination of engaging plotline and fulfilling character development, this was first and foremost a fun, heart-warming read. One I will definitely want to re-read very soon, whenever the fussy reader in me starts aching for a book to make me smile.

“He’s John f*cking Logan, one of the most popular guys at Briar. And I’m Grace f*cking Ivers, one of thousands of girls who are crushing on him.”

Grace Ivers is a good girl—cautious, responsible, always in control, a freshman in college…and a virgin. She is the girl no one notices because she does nothing to attract attention, even though she would give anything to be seen by her one and only college crush, the star defenseman of the hockey team. But good girls like Grace are not even on John Logan’s radar these days, his relentless pursuit of ‘easy lays’ whose name he is not even expected to know being the only kind of ‘relationship’ he appears to be interested in. Secretly, however, Logan craves the kind of intimacy and emotional bond his best friend and teammate, Garrett Graham, has found in his life, to the point of convincing himself of being in love with his best friend’s girl.

When Logan and Grace accidentally meet, they are both pleasantly surprised by how effortless and enjoyable it is to spend time in each other’s company, their flickering attraction gaining momentum quickly and irresistibly, and while one kiss is all it takes for it to ignite, one confession is all it takes to destroy their budding relationship. As quickly as it started, it all ends in an instant, leaving them both heartbroken and full of regrets.

“I was your distraction?”

Not a man to give up easily on what he wants the most in life, Logan then commences his stubborn and utterly entertaining pursuit of the woman who has captured his heart like no other before her, determined to make her forgive him and give them one more chance. He woos her unashamedly, becoming his teammates’ running joke, but Logan is a man on a mission and he refuses to give up until the one who has stolen his heart is his once again.

“Give me another chance. Let me prove to you that I’m not an egocentric ass.”

There are so many fabulous layers to this story, all working perfectly together to deliver an engaging, uplifting, unputdownable tale of opposites attracting, of two people being exactly what the other needs, in good times and in bad, and never giving up on each other. Ms Kennedy has given us two characters who steal our hearts from the get-go—a popular jock, reformed womaniser whose loyalty and selflessness make him impossible not to adore, and a strong, independent, kind-hearted heroine who loves fiercely, but respects herself the same way. The hilarious banter, the heart-warming romance, the skin-tingling sex scenes, the colourful array of secondary characters—this book excelled in every aspect, keeping me enthralled for hours, and it again left me craving for more from the irresistible Briar boys and their kickass leading ladies.

“I don’t want anyone else. All I want is another chance.”

Kissing Logan is the single most incredible thing I’ve ever experienced. Forget that family vacation to Egypt when I was nine. The glory of the pyramids and temples and the frickin’ Sphinx is nothing compared to the feel of this guy’s lips on mine.

Our tongues meet, and he makes another low, husky sound, gliding one hand up my body to cup my left breast. Oh shit. Boob groping alert. I thought we were just going to make out, but now we’re fooling around.

I’m not wearing a bra under my tank top, so when his thumb brushes the very thin fabric and presses down on my nipple, it sends a bolt of heat from the tips of my breasts right down to my clit. My entire body is hot and achy, tight with excitement. Logan’s tongue explores my mouth as he rubs my distended nipple, his hips moving slightly against my hip. His erection is like a hot brand on the side of my thigh, and I’m unbelievably turned on by the knowledge that I’m turning him on.

Breathing heavily, he wrenches our mouths apart. “Should I be worried that your roommate is going to walk in on us?”

“No, she’s not coming home tonight. She went to some bar in town, and then she’s planning on crashing with this girl Caitlin from Kappa Beta. Which I think is a really bad idea because the last time she went out with Caitlin, they almost got arrested for public drunkenness, but then Ramona flirted with the cop and—”

Logan shuts me up with another kiss. “No would have sufficed,” he murmurs against my lips. Then he reaches for my hand and places it directly on the hard bulge in his pants. In the same breath, he cups my sex over my PJs.

I’m not worried about my response to his hand—one slow glide of his palm is all it takes for a burst of pleasure to erupt inside me. Nope, it’s my hand that triggers the rush of nervousness. The hand that’s currently stroking the erection straining behind Logan’s zipper.

If the rumors I’ve heard about Logan are true, then this guy has slept with half the girls at Briar. Sounds like an insanely high statistic, so I’m sure it’s not accurate, but he’s definitely hooked up with more people than I have.

“Is this okay?” he asks as he strokes between my legs.

I nod and stroke him again, and a tortured moan slips out of his mouth.

“F*ck, hold on.” He shifts on the mattress, and my heart stops when he unzips his pants. He eases them down just low enough to free his erection from his boxers, then tugs on the waistbands of my PJs and underwear.

Logan teases the tip of his index finger over my clit. “Better?” he says, his voice thick and raspy.

So much better. And so good it makes my head spin, limiting my response to a breathy mumble of nonsense. 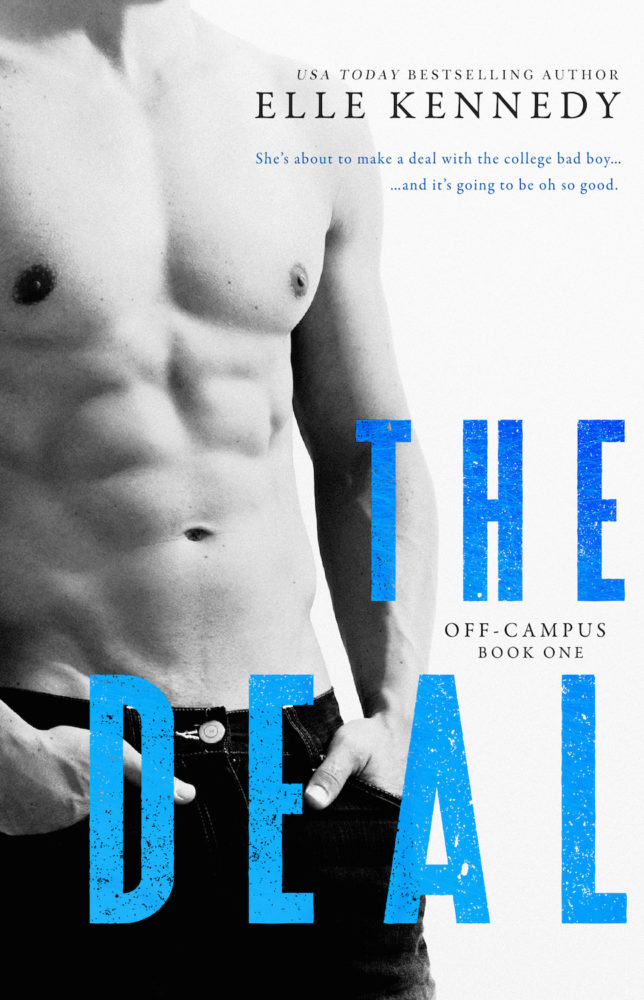 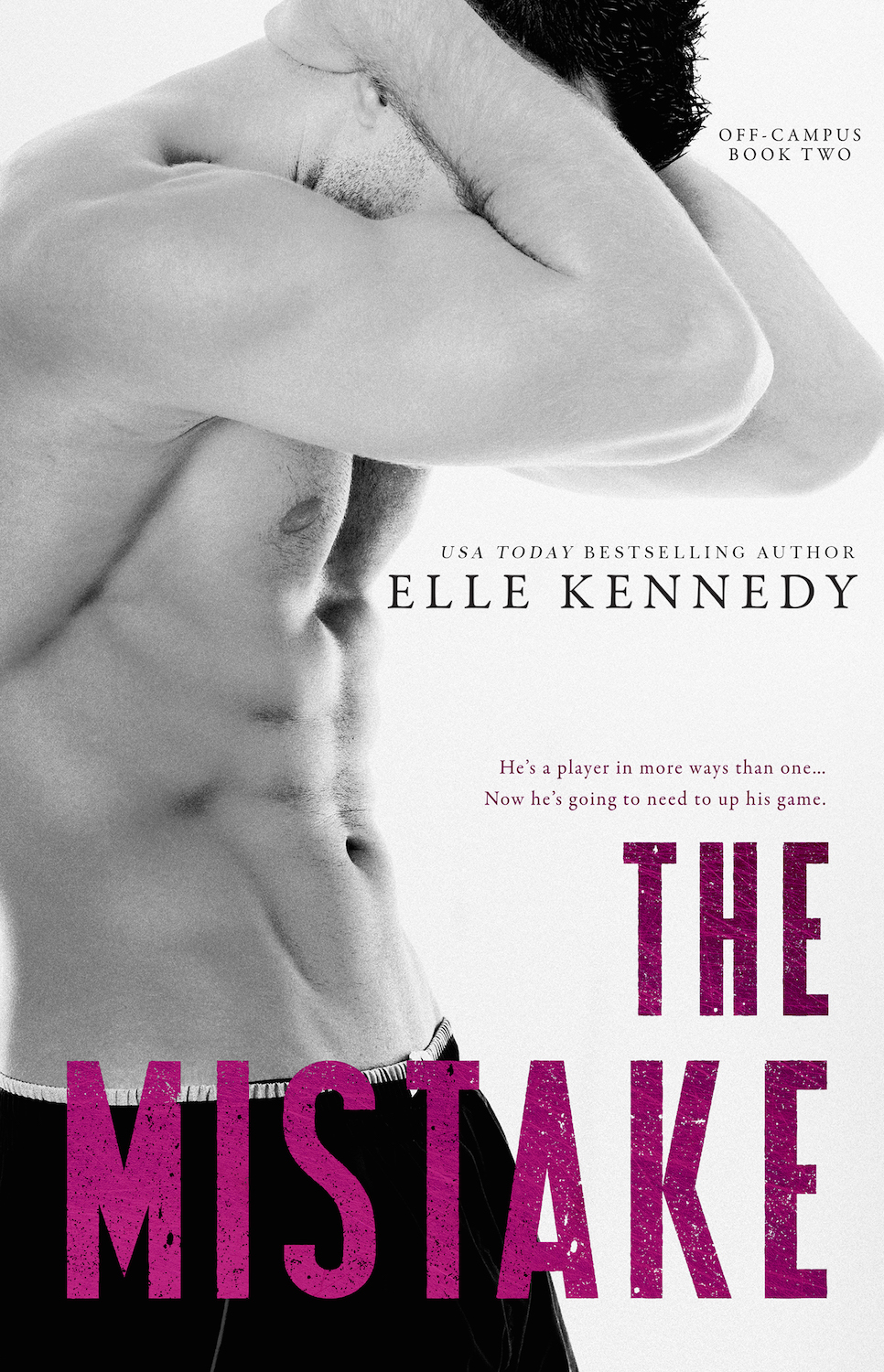 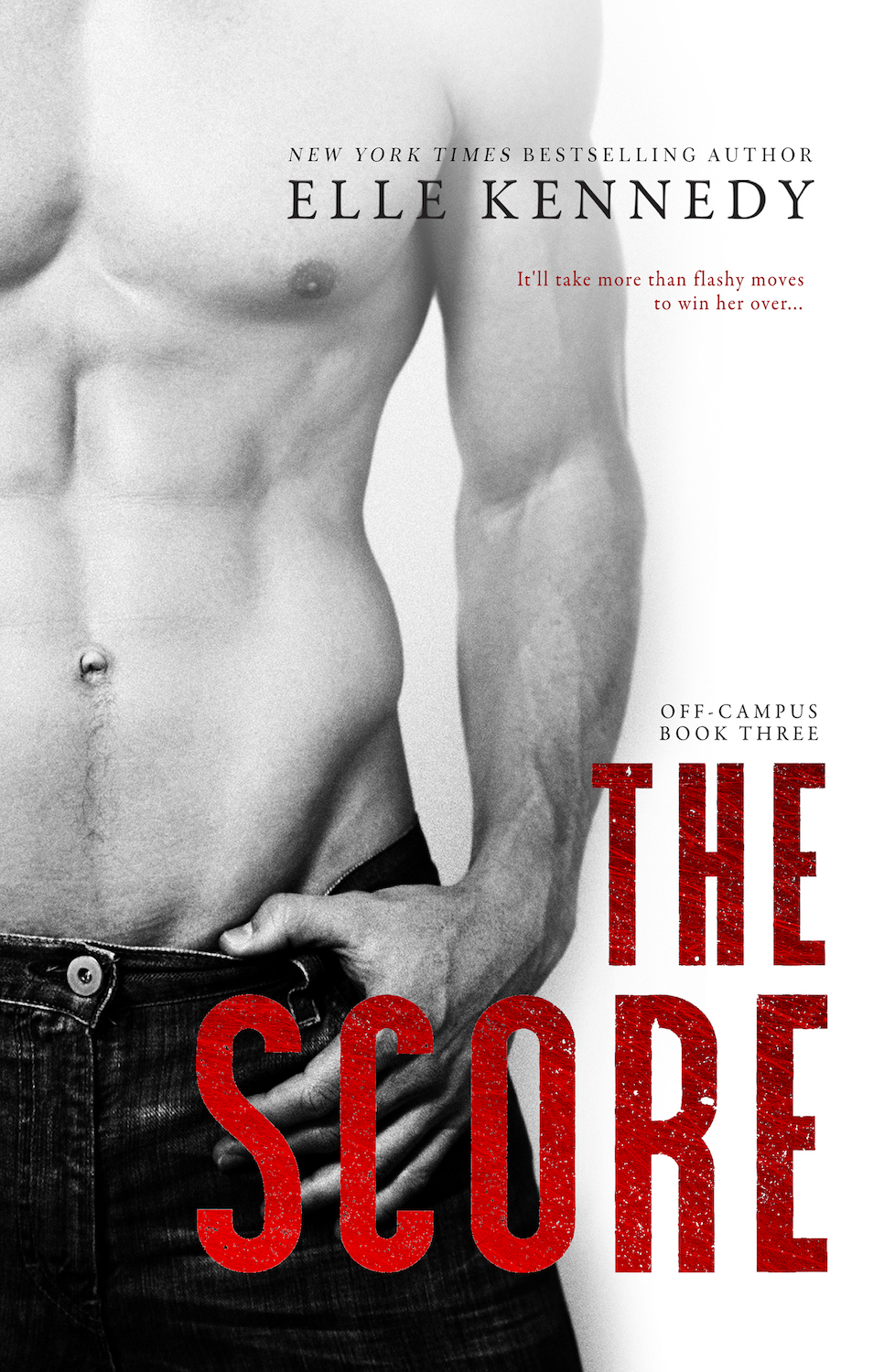 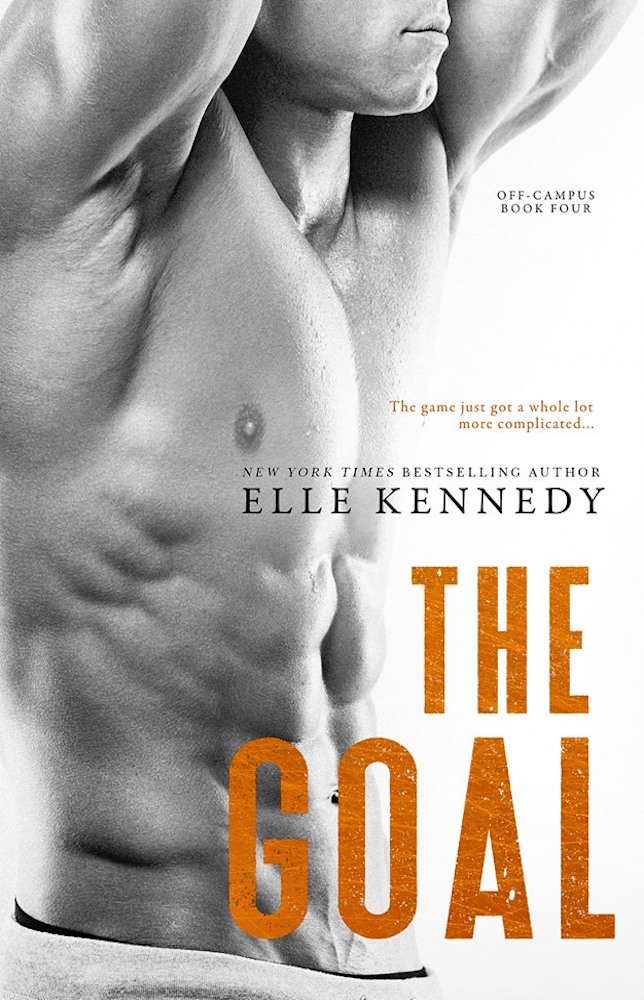 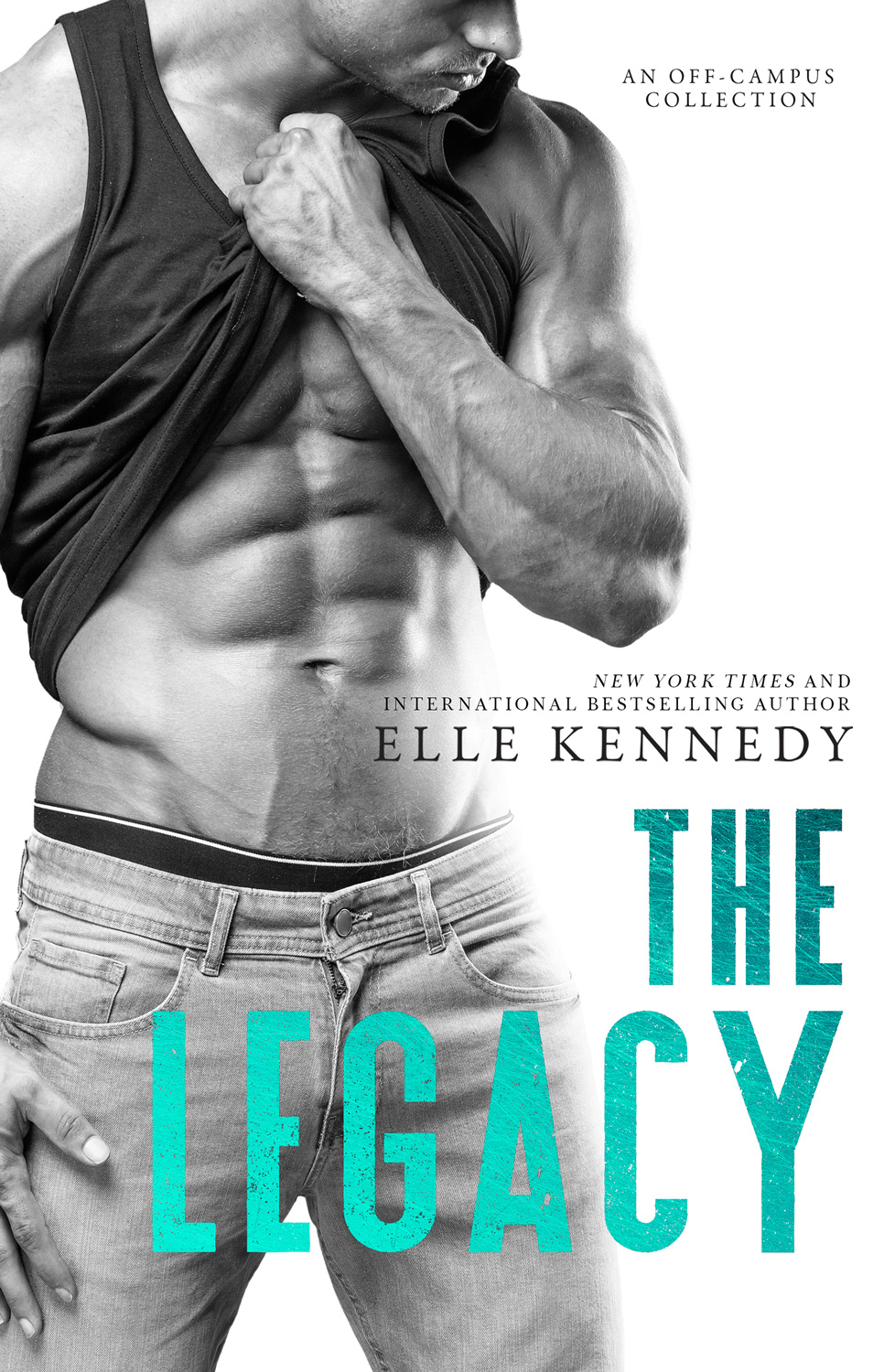 Great review! I haven’t even read The Deal yet. I need to get on that, so I can go right into this one.