Be careful what you wish for…

Lt. Grayson Masters is focused on graduating the Apache helicopter course, and the last thing he needs is his gorgeous new roommate Samantha Fitzgerald distracting him. While her smart mouth and free spirit are irresistibly irritating, he can’t deny their off-the-charts chemistry, no matter how hard he tries.

Having just been expelled from college, Sam has no business digging for Grayson’s secrets while she’s hiding her own, but that doesn’t stop her from trying to tear down his walls. Each barrier she busts through drops one of her own, though, and she’s not prepared for the truth: another woman laid claim to Grayson’s heart long ago.

Falling in love is something neither Grayson nor Sam can afford, and when that line is crossed and secrets are exposed, they’ll learn that sometimes it’s the answered prayers that will put you through hell.

EXCLUSIVE EXCERPT: Beyond What Is Given

“She frustrates the shit out of me, pushes me past my comfort zone. She breaks down every wall I have with no permission or apologies. She turns me into a lunatic just to get my hands on her, and when I do . . . she owns me.”

My hand slipped and knocked the lever on the side of the mixer.

“F*ck!” I shrieked as the mixer whirred a shrill pitch and batter exploded, hitting the walls, the cabinets, my face…everything. I sputtered as some landed in my mouth, and slammed my hand against the lever to turn it off.

This was going to be a bitch to clean up.

“Are you okay?” Grayson ran in, hair damp from the shower. His eyes widened as he took in the state of his precious kitchen. “You weren’t kidding about the mess.”

“Oh this?” I smiled. “It’s a new aeration technique. I totally meant to do this.” My awesome excuse died as a glob of brownie mix fell off the tip of my nose.

“Is that so?” he asked, walking over to me slowly, consuming my vision. My breath hitched as he swiped his finger across my cheek, and then licked the brownie mix off the digit. Holy hot. “Hmm… I think there’s something to be said for this method. Maybe a little more air in the batter?”

My mouth popped open. “Are you making fun of me?”

He smirked, which must have had a direct link to my panties, because they unanimously voted to drop. Now. There was sexy, and there was Grayson’s tongue sweeping across his lower lip, which was a step beyond hedonistic. His eyes took on a mischievous glint but kept the same signature intensity that held me captive, unable to look anywhere else as he lowered his face toward mine. What…what was he doing?

Do you even care? Nope. Not one bit.

“Maybe another taste to be sure?” he asked, his voice low as his lips skimmed across my jawline. “Mmm. Definitely more.” Shivers coursed down my body. Holy shit. His mouth was actually on me, and I was awake.

He flipped the switch on the mixer and chocolate flew.

“You did not!” I let my knees buckle so I slipped to the floor, leaving Grayson to be splattered by the flying confection.

“I most certainly did!” He lifted me up like I weighed nothing, and batter smacked the back of my tank top. “Man, you’re slippery.” He mock-dropped me.

I yelped, locking my ankles around his waist and my hands around his neck. He turned off the mixer and chuckled low in his throat. “You can laugh?” I asked, yanking my head back to look at him.

“I have been known to on occasion,” he answered, that stupid, crazy-sexy smirk in play despite the chocolate on his cheeks and forehead. How the hell could someone look so hot while literally dripping brownie batter?

His smirk disappeared, and his grip tightened on my bare thighs as his gaze dropped to my lips. They parted as if he’d freaking asked them to. We weren’t just stepping out of the friend-zone here, we were on a damn missile into let-me-jump-you-ville.

His lips moved toward mine, and I threw up my last defense, placing my finger over his lips before I was lost to all things Grayson. “Wait. Don’t you think—”

He supported all of my weight with one of his arms and gently pulled my fingers an inch away. “That’s the problem. When you’re near, I don’t think. I can’t.” He sucked my middle finger into his mouth and swirled his tongue around it, licking it clean. My entire body clenched, and my breath whooshed from my lungs as he did the same with my pointer finger, then let it slip free. “I’m so damn tired of trying to.”

He cupped the back of my neck with the hand that wasn’t cradling my ass, and brought my mouth to his in a consuming kiss. I responded instantly, opening to him as he swept inside with sure strokes of his tongue. He tasted like chocolate, and sin…and sex. Really good sex.

He growled, his hand fisting my hair to hold me to him. I sure as hell wasn’t going anywhere, not if I could get another sound like that out of him. Heat radiated from his skin to my fingers hands as I stroked his neck to wind my fingers around the back of his head. I arched into him, pressing my breasts into his chest as our tongues rubbed and danced, setting fire to every nerve ending in my body. There was nothing else in the world for me, just the feel of Grayson under my hands, the taste of him filling me. He eclipsed everything else until kissing him was my existence.

He moved backward, until he settled onto one of the tall dining room chairs and held me in his lap. My feet slipped from his waist to brace myself on the chair’s supports. I rolled my hips over him, and he hissed as I brushed against his erection.

Holy shit. He was hard. Already. For me.

I broke the kiss, pausing a breath away from his lips as we both took gasping breaths. “Grayson,” I whispered.

“More.” His eyes shone almost nearly silver and cut through any protest I might have managed, if I’d been thinking logically enough to even contemplate stopping.

His answer sent a spiral of pure lust streaking through my body, and I whimpered as he pulled me back to him, using his tongue and lips to caress every inch of my mouth, then biting my lower lip gently. I clung to whatever shred of sanity I had left, but it fled when he ran kisses down my neck, sucking at little patches of skin and then licking to soothe the burn. I shamelessly rocked against him, then ran my fingers down the carved muscles of his back. There wasn’t a spare ounce of fat on him. He was perfectly cut, honed, and strong enough to do whatever I asked him to.

The thought sent another surge of heat through my stomach, pooling lower.

A low rumble started in his chest as he gripped my ass, his hands squeezing and shaping me with the perfect amount of pressure. “Samantha.”

My name sounded like a prayer on his lips, like I was something worthy of worship. Worthy of him. “Say it again.”

His eyes turned hazy, and one hand drifted up my back to tighten in my hair. “Samantha.” He dragged out the syllables until it sounded like a personal request to climb him like a freaking tree and use him as my personal playground. 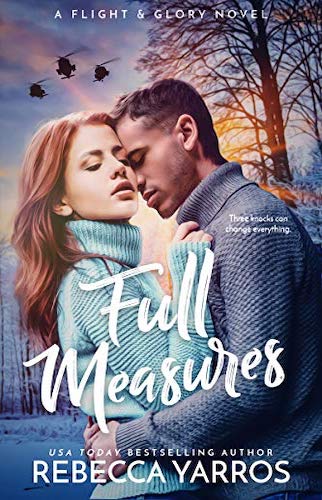 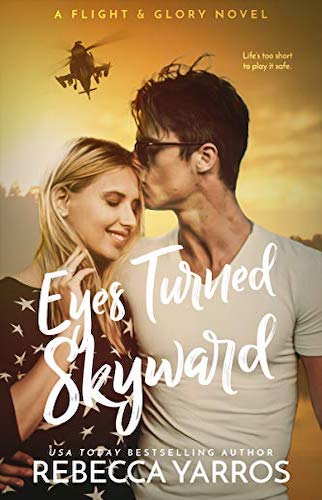 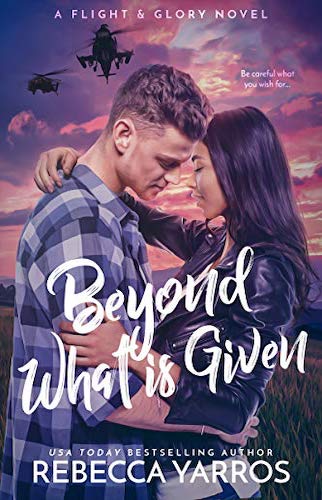 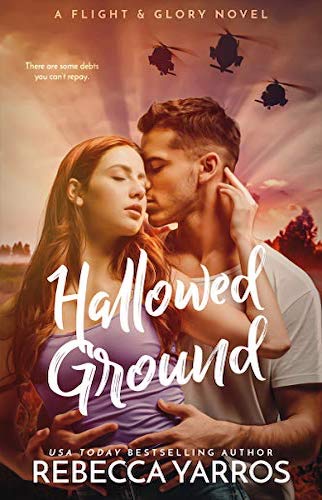 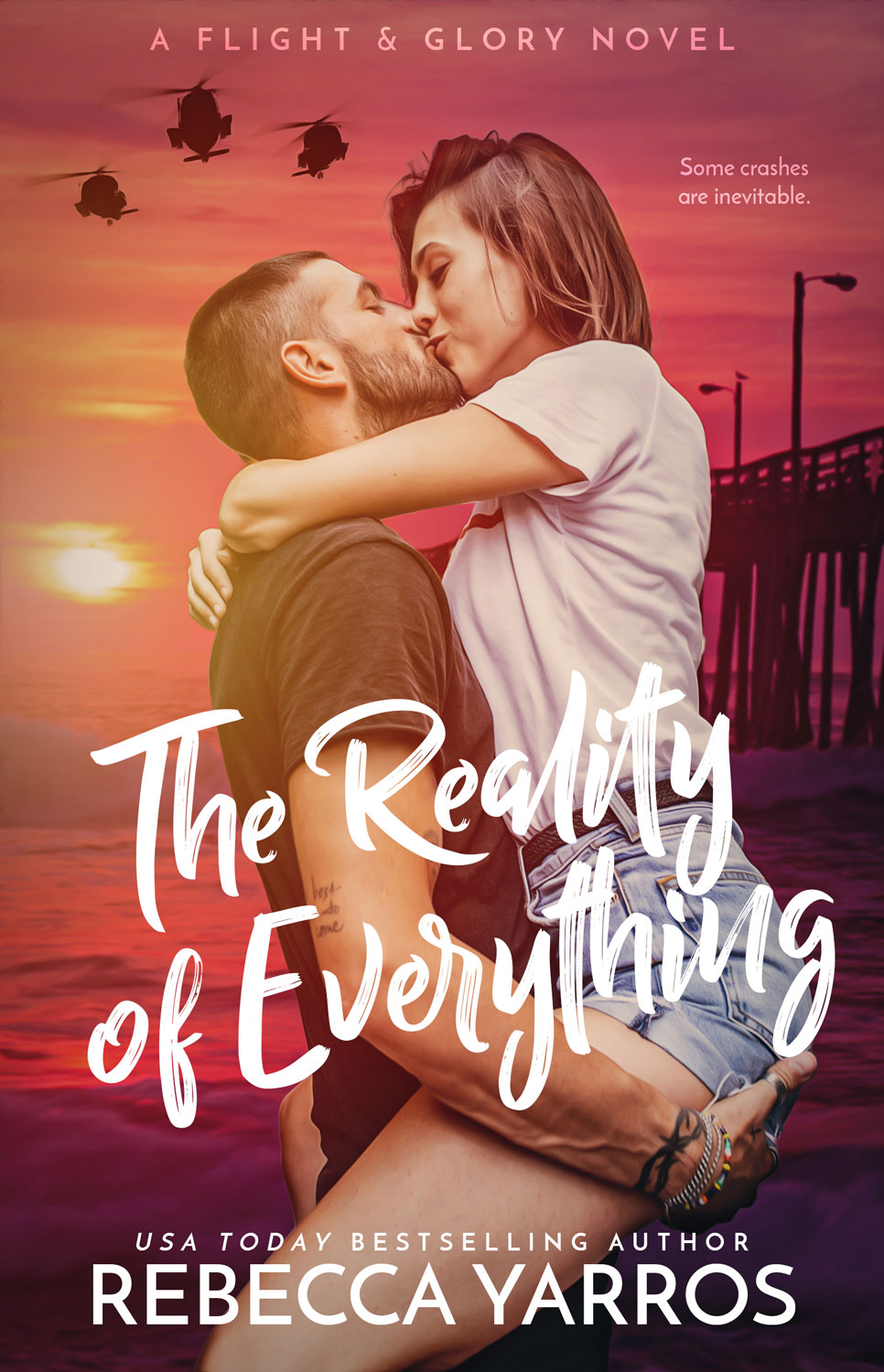 You rock Mama bear! thanks for the chance! <3

Love Rebecca Yarros and love this scene! *runs off to grab husband to go bake brownies*

I can’t wait to read this! I love these books! :) Thanks for the awesome giveaway as well!

I love that excerpt! Cute, fun, And HOT!

Roommates and Intrigue! I NEED to read this book!

One of my favorite series!!!

Holy Hotness! I MUST HAVE THIS BOOK!!!

A funny and steamy excerpt!

Loved the excerpt and can’t wait to read this one!

Hot hot hot! Thanks for the chance! :)

Ohhhh, this sounds so good! I love Rebecca Yarros! On my wish list <3

I loved it, Such a fun scene and messy LOL !

Awesome excerpt & giveaway, thank you for the chance :) :)

What a fabulous way to make brownies!!

Can’t wait to read this one.

Like every other time you recommend something I’ll be one-clicking, this looks good!

Wow that was hot I’ve been looking forward to Grayson’s book!

So hot, so good

Loved the excerpt! Can’t wait to read Beyond What Is Given!

Sounds amazing! Thanks for the chance <3

Thank you for the chance! These excerpts are always great! :D

Thanks for the awesome giveaway!

I love this series..Roommates has the potential to get really twisted!

Thanks for the chance!!!!

It was amasing. I can’t wait.
I love Rebecca’s books.

Oh my brownie batter than was hot!!!

I swear Rebecca Yarros can do no wrong!!! Love her!!! Thanks for the chance!

Can not wait for this book!!

I looove this author… Already preordered the book :)

I can not wait! Love this series.

I cannot wait for this book!!

Thank you,now I’m heading to the store for some brownie ingredients and kicking my kids out!

Wow. Hot and heavy are the only two words that come to mind.

All I know is I want brownies now.

I love this excerpt!

Ooh! That teaser did exactly what it was supposed to… It teased the heck out of me! This is definitely a book worth reading.

You are the best!! Thanks for the chance!

Thanks for doing this!! :D

Oh and this was absolutely hot. I may never look at brownies the same again!

Sounds great! I can’t wait to read it!

Sounds awesome! Thanks for the chance!

Love the excerpt, and can’t wait for the book to come out!

wow intense! i love this :)

I cant wait for this book!!!! Loved the excerpt.